With Sony’s recent announcement of the PlayStation classic, the lack of a Nintendo miniature console this fall is all the more noticeable. The next expected retro console would be a return to the N64, Nintendo’s first fully 3D and 4-player console. It was a strange time for Nintendo, however, as many of its third-party supporters jumped ship to PlayStation and left the N64 with fewer games than its predecessors. Those who did stick around, like Rare, have since moved on, leaving many games in an unfortunate legal limbo. This was also about the time when Nintendo solidified its reputation as a proponent of 4-player party games and many of it’s headlining games are appropriate for that role. With all that said, what games could we expect to fill a hypothetical N64 Classic? 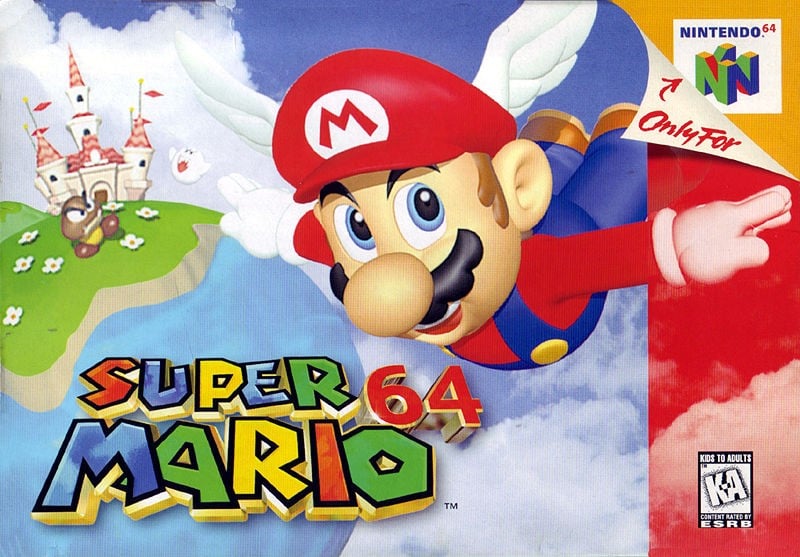 Super Mario 64 – The launch game of the system, Mario’s first foray into a 3D environment, and one of the most beloved games of all time. An iconic game that shows up in plenty of best games lists that’s still enjoyed to this day. Yes, SM64 will be in the N64 Classic. What a dark horse.

The Legend of Zelda: Ocarina of Time – Link’s first foray into 3D as well, and what a foray it was. It established a classic formula in a franchise that already had a classic formula, and with it much of the style that would accompany Zelda games for the next 2 decades. It took a 10/10 game of the year for Nintendo to stop doing what Ocarina told them to.

Kirby 64: The Crystal Shards – While this game isn’t usually in the running for best Kirby game, it’s the only one that uses such an expanded system of combining powers. It’s a unique spin on the series and never gets as much credit as it deserves.

Mario Kart 64 – After adding true 3D and 4-player compatibility, Mario Kart really came into it’s own. Though modern Mario Karts have more to offer in terms of customization and variety, this is a simplified version of what still works today. And it’s worth noting that almost every course in this game has reappeared in the later ones. Even Choco Mountain.

There is no plausible N64 collection that doesn’t include all five of these games. Each one is an iconic iteration in one of Nintendo’s longest and most beloved franchises. An argument can be made for each of these as being the best game in their respective series, and one of them as the best game of all time. To exclude any of these classics would be an incomprehensible move, even for a company as often incomprehensible as the Big N. If an N64 Classic gets released, expect to see these five without a doubt. 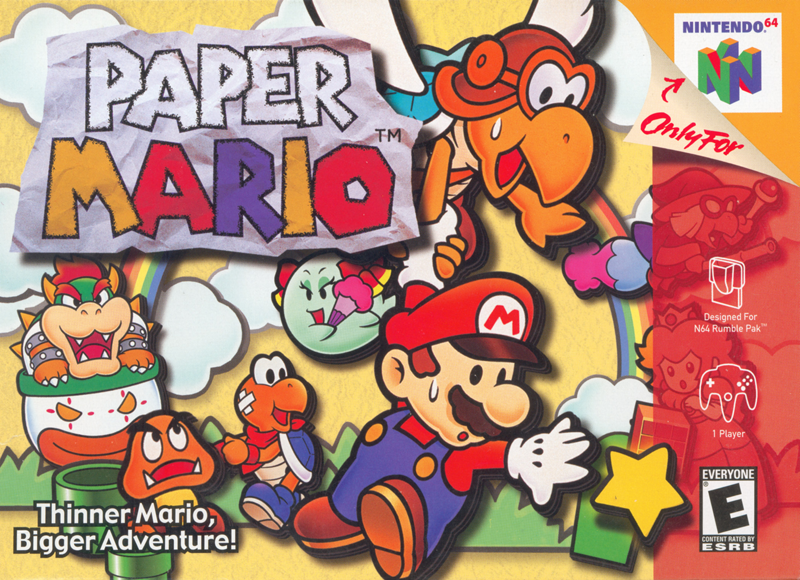 Paper Mario – While it had platformers, racers, and action-adventure games in huge numbers, the lack of a main series Pokemon and the void left by Square Enix meant the N64 didn’t have as many RPGs as fans were used to. To then include a beloved RPG starring its famous plumber with a new and lasting art style is a given.

Super Smash Brothers – The N64 set up Nintendo as the go-to console manufacturer for party games, due in part to its new fighting game that pit video game all-stars against each other. While this version of the game will go on to be upgraded and outclassed by its successors, the first entry is more than enough to stand today. Just ask the competitive Smash64 scene, who would probably appreciate a faithful way to play the game without lugging CRTs around.

F-Zero X – The SNES Classic had both Super Mario Kart and F-Zero because these two racing games have very different intended demographics. F-Zero X is another great installment in the hardcore racing franchise that tends to punish its players a little more.

Mario Golf and Mario Tennis – N64 was the start of Mario sports games for good consoles, so it would make sense to include these classics. While the formulas for these games have reappeared numerous times in the years, the originals remain simple-yet-fun ways to entertain groups of gamers. 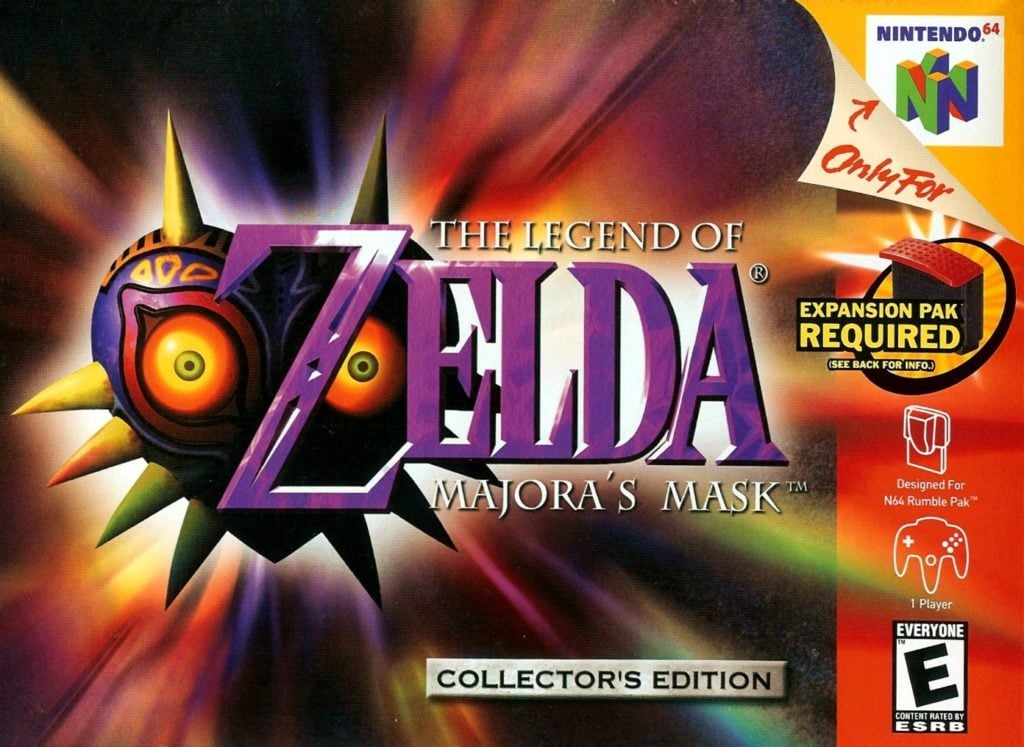 The Legend of Zelda: Majora’s Mask – Equally as beloved as it’s older brother, Majora’s Mask is also a much weirder game. It’s unique among both it’s series and the larger gaming landscape as a whole. It’s not such a landmark game and Nintendo could get away with omitting it, but there’s no reason to think they would. They included Super Mario Bros. 2 on the NES Classic, after all.

Mario Party 2 – Like Legend of Zelda games, there’s a fair argument for each Mario Party game to be the best. Different maps, different minigames, and different items make each one unique and the best one is simply the one that most fits the player’s taste. Still, it’s clear that Nintendo has the fondest opinion of this one, given it’s the only one to be re-released on Virtual console. They even used this one in the Nintendo World Championship a few years back. They must include one Mario Party game, and it’ll probably be this one.

Pokemon Stadium 2 – As the closest thing to a Pokemon RPG on the console, Pokemon Stadium 2 is likely to make an appearance on the N64 Classic. It’s an improved version of the original Pokemon Stadium with more Pokemon, more challenges, more minigames, and more to do. The ability to pick from 250 competitive(ish) Pokemon without needing to search and train made this the most accessible Pokemon game to date, and great for playing Pokemon casually.

Harvest Moon 64 – Harvest Moon games aren’t for everybody, but the people who like them really love them. This one might be tricky to acquire, as Harvest Moon has had a bit of a legal and branding issue the past few years, but it would be a welcome and relaxing addition to a miniature console full of grand exploration and competitive fun.

Rayman 2: The Great Escape – The N64 had a plethora of great 3D platformers back in the day, but many haven’t aged so well. Many more are locked behind legal squabbles and rights issues. But Nintendo and Ubisoft have been pretty chummy lately, and Rayman 2 still holds up all these years later. It’s not a for sure conclusion, but it would be nice to play it without that weird save data expansion thing. 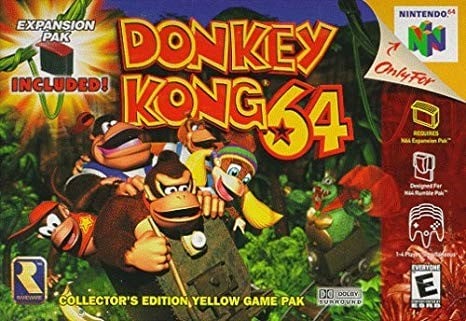 Donkey Kong 64 – While it’s received a fair share of well-deserved ire and criticism since its release, DK64 is still a decent collect-a-thon and installment in an iconic character’s series. It won’t be the best 3D platformer in the collection, but it deserves to be there all the same. Plus it will probably be the only Rare game to make it in.

Pokemon Snap – People are still mad that this game never got a sequel, even on a console tailor-made for this kind of game like the Wii U was. There’s nothing else like it and little else on the N64 that can represent the gaming goliath that is Pokemon (sorry, Hey You, Pikachu!). It would be a surprise to see this one omitted, but there must be a good reason they haven’t made a new one. Right? RIGHT?!

Pilot Wings 64 – As the other launch title for the console, Pilot Wings deserves to be in the collection. It didn’t have the massive success and franchise adoration as Super Mario 64, but it’s a good game that adds to the variety of the miniature console’s repertoire.

1080 Snowboarding – It’s rare to see Nintendo make a sports game, and even rarer for it to not include Mario. It adds a little variety to the collection and not every game can be a long-running Nintendo IP.

Bomberman 64 – Bomberman 64 (The 1997 version, because apparently there are two N64 games with that exact title) is a decently fun game whose inclusion would ensure that not every game in the N64 Classic is a first-party Nintendo property. It’s a game that can last surprisingly long at parties and has a single-player campaign that’s worth checking out too. Konami liked how Super Bomberman R did on the Switch when it released, so it’s likely they’d license one of the N64 Bomberman games for an N64 reunion, and they’ll probably choose the one with the best multiplayer.

What you WON’T See 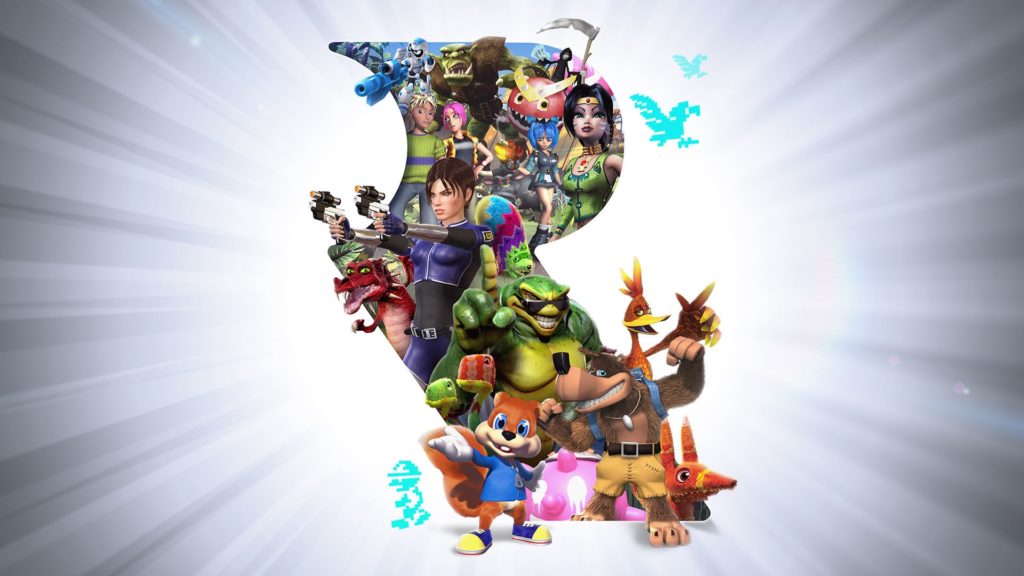 Anything else by Rare – The biggest elephant in the room, Rare. A huge chunk of what made the N64 amazing – Banjo-Kazooie, Goldeneye, Conker’s Bad Fur Day, and more – was made by a company that works for the competition now. Microsoft and Nintendo are far from bitter enemies, but it’s a stretch to imagine Microsoft would let Nintendo sell their games when they can do it themselves on the Xbox Store. And there are already enough racing games on this list to make Diddy Kong Racing not a priority. Nothing is impossible, of course, but considering Rare released its own collection in the form of Rare Replay, it’s a dream best left forgotten.

Star Wars Games – As beloved as the N64 Star Wars games are, there’s nothing to suggest in either the NES Classic nor the SNES Classic that Nintendo would include licensed games in it’s retro console. It would be hard to get licensing back to re-release games from other studios and it would be far harder to get Disney and Lucasfilm to budge. There’s also that EA deal to consider, which would only make it harder.

Sports Games – The same as Star Wars games, the prior collections didn’t offer too much for realistic and slightly-less-realistic sports games. Especially when it has so many Nintendo owned series to push, a certain plumber’s new interest in competitive sports, and their own sports game already on this list, it’s not probable that they’ll make room for much else. Sports games are also far more likely to have a soundtrack featuring famous musicians, which would only make the legality of such games too much to bear. It must be tragic for all of you desperate to return to Ken Griffey Jr.’s Slugfest.

These are the likely games we would find in an N64 Classic collection. The SNES collection had a lot more first-party Nintendo games because there were more of them, and the N64 only continues that trend. It’s especially true in the wake of Sony’s PlayStation taking many of the games and franchises for itself at the time, otherwise, we might have seen FFVII in this list. There’s no telling what Nintendo is really planning, of course (Please keep Gex as far away as possible), but this list represents the best guesses as to what a collection of N64 games would hold.

Notice any glaring omissions and injustices that must be corrected? Leave a comment below with why this article is nonsense and why Superman 64 is the only game that matters.