Pokémon has been my favourite pop culture touchstone since I was a kid and remains a huge part of my life to this day. Yet my introduction to the Pokémon video games started a bit differently than most kids in the 90’s.

At the time, Pokémon had taken over the kids’ channels, the toy aisle, and even the news. Like every fifth-grader at the time, I was hooked, and my passion for Pokémon had to be sated. Cards, toys, plush, none of it was enough. I hadn’t known much about video games until Pokémon Red and Blue took over the schoolyard, but now I needed them.

My parents refused to let a GameBoy into our house. They assumed that us kids would be glued to it at all times (and they would have been right). The work-around: a home console for my birthday. 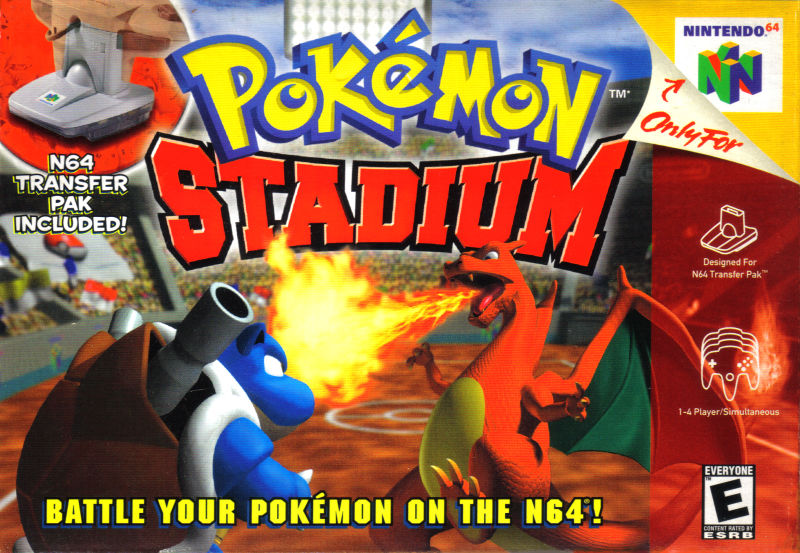 My grandparents bought me a Nintendo 64 and a few key titles, including Pokémon Stadium, and it changed me. I was already an indoor kid, but now I holed up in my basement for hours on end. Mario was cool and all, but now I could choose from 149 battle-ready Pokémon and watch them kick my friends’ butts in glorious 3D. I battled in four tournaments with individual rules that forced me to use different Pokémon. I got to fight my way through the Gym Leaders and Elite Four. There were awesome mini-games I could compete in! I even got to admire my champion rental Pokémon in the Hall of Fame.

Pokémon Stadium had even more to unlock with a GameBoy game, though. There were a handful of menu options I couldn’t access, and they made an angry beep when I tried. Yellow Version came out over the summer, and I begged my parents for it. My dad promised he would buy it on the way home from work, and every day I pestered him about it. Eventually, I gave up hope. But then, one day he had it, and my world opened up. 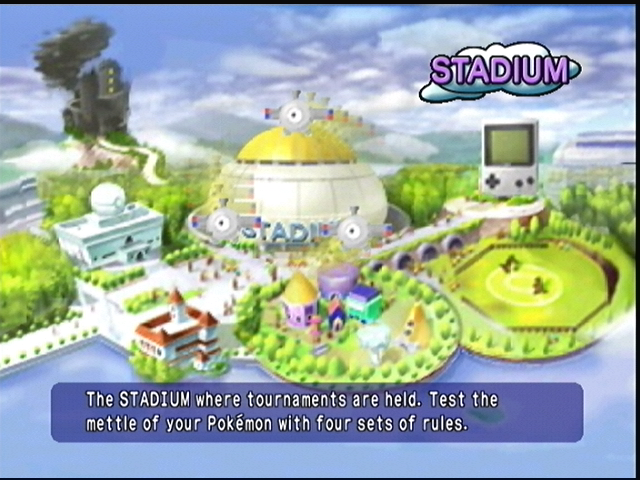 Stadium came with a GameBoy Transfer Pack peripheral that allowed you to play your GameBoy games on the big screen. I was excited about starting my own Pokémon journey, and with a Pikachu to boot, but now half of Pokémon Stadium was newly unlocked. There was the GameBoy Tower, where I clocked every single hour of Yellow. I could now access Oak’s Lab, which let you rearrange, sort, and even store your Pokémon on the N64 cartridge. It also let you trade Pokémon between games, whether you had two Transfer Packs or not. I could send rare Pokémon to my game for beating certain challenges. I could take photos of my Pokémon, and use my own Pokémon in the mini-games and the many battles the game presented. If they had special nicknames, then their colours changed in bizarre and fascinating ways that made them feel truly unique.

Of course I was hooked. When Pokémon Stadium 2 came out with Pokémon Gold and Silver, I probably clocked just as many hours playing Silver in the GameBoy Tower as I did playing the rest of Stadium 2. It was exhilarating getting to explore all of the game’s new features. It had everything I loved about the first game, with all of the battle challenges, mini-games, and free play options. It also had even more goodies for your GameBoy games! My Room gave a 3D view of your in-game room with all of the Pokédolls and accessories gained from Mystery Gift, which gave you daily items. The new set of mini-games now awarded you coins you could send to your GameBoy games. There was even an academy to test your Pokémon knowledge. I continued buying Pokémon console games, even when they didn’t come with hardware to allow me to also buy the handheld games. I dearly loved Pokémon Colosseum and Pokémon XD: Gale of Darkness, and Pokémon Battle Revolution was fine, but none of them could do everything Pokémon Stadium 1 and 2 did. They let you play your handheld games on the TV, earn rewards to send to your games, test your mettle against both famous characters and tough stadiums, and play silly mini-games. Most games did a few of those things, but none since Stadium have had them all.

There’s still a handful of fans praying for Pokémon Stadium 3. As much as I hate to admit it, we just don’t need it anymore. The main series Pokémon games are already in 3D, and they really have it all these days. Pokémon Stadium will forever hold a special nostalgia that can still be felt if you load up a GameBoy game or challenge friends to the timeless mini-games.

Pokémon Stadium was made as an accessory for the GameBoy games, but for me, it felt like the opposite. Rather, Pokémon Yellow unlocked a whole new part of a game I already loved.