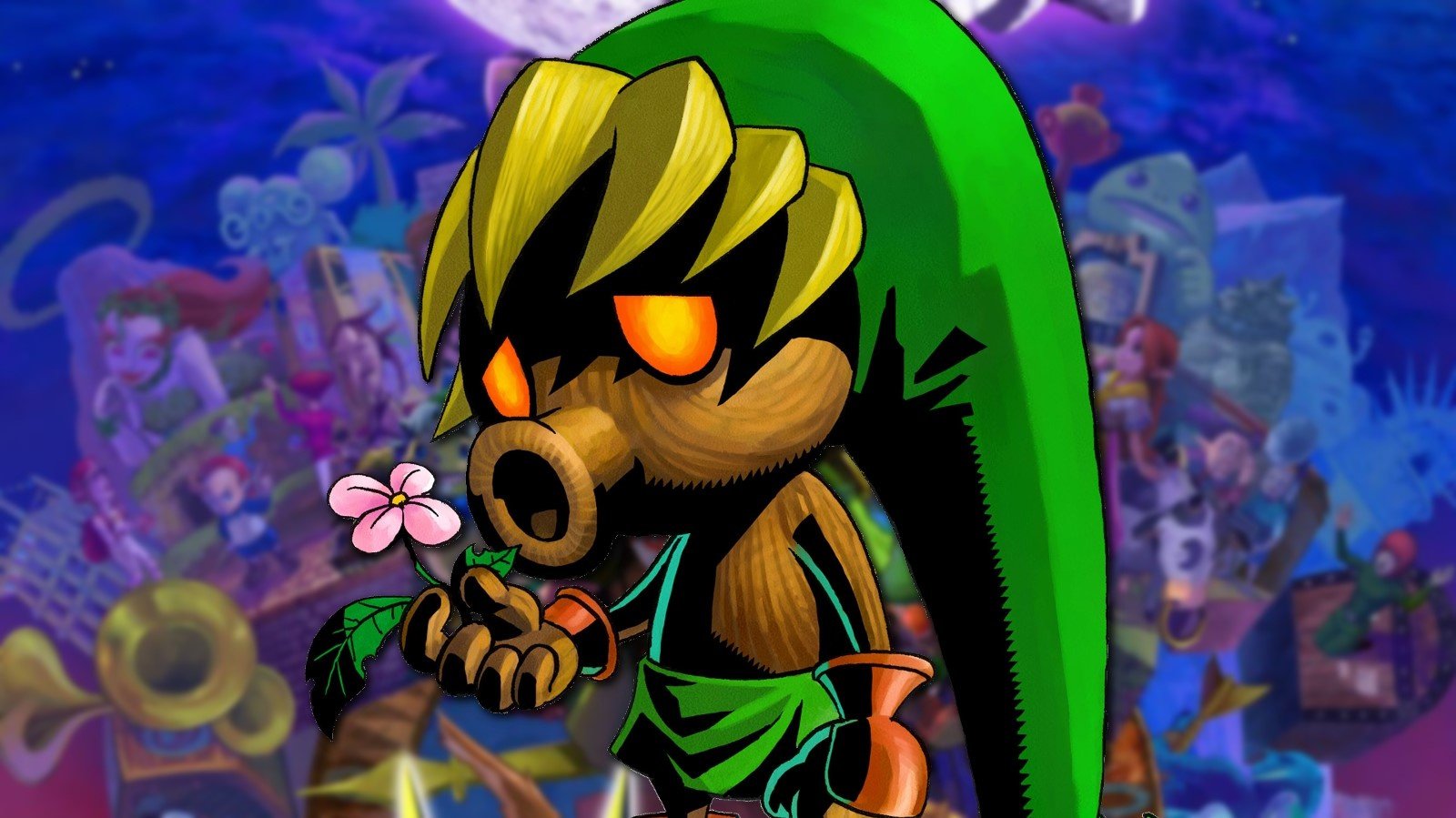 What purpose does the average sidequest serve in The Legend of Zelda? The original Legend of Zelda featured a mini side quest where Link could deliver a letter that would allow him to buy potions; The Adventure of Link had four optional spells the player could find; and A Link to the Past hid usefully, yet non-essential, pieces of equipment around the overworld. This is also to say nothing of the fact that all three games include upgrades and heart pieces to collect that augment Link’s abilities. From its inception, The Legend of Zelda was never hurting for side content. What it was hurting for, though, was meaningful side content.

Link’s Awakening recognized this oversight and included two major side quests that spanned the entirety of the game: seashell collecting and the trading sequence. The former acted as a more frequent, and consistent, version of each game’s heart piece quest whereas the latter took on narrative elements, involving Link interacting with the game’s many NPCs in an attempt to trade himself up to a valuable piece of equipment. This is a trend Ocarina of Time immediately transitioned into 3D, swapping seashells for Golden Skulltulas and splitting the game long trading sequence into two core halves: one for child Link and one for adult Link. Even with this added focus on side quests, it nonetheless remains difficult to find a meaningful piece of side content within The Legend of Zelda’s first five installments.

This isn’t to say the side quests in these games are poorly handled so much as they are blatant “side” content. As rewarding as the Biggoron Sword trading sequence can be, it leaves little impact on the world of Ocarina of Time. At its best, it gives the odd half a dozen NPCs a chance to gain further characterization. At its worst, it’s busywork that is neither particularly challenging or engaging when compared to the content featured in the main game. By Ocarina of Time, Nintendo had established The Legend of Zelda where side quests have a place, but not a particularly significant one.

This makes it all the more surprising when, less than two years after the release of Ocarina of Time, Nintendo comes out with Majora’s Mask: a game composed primarily of side quests. Due to a short development cycle of a single year, it was obvious from the inception that Majora’s Mask could not feature the same level of main content as Ocarina of Time. In reusing assets from its sister game, however, Majora’s Mask could easily rival its predecessor in terms of content by giving NPCs their own in-game stories and character arcs.

The resulting game is one with the least amount of main content in the entire franchise, but the greatest value of side content. It should be stated how easy it would have been for Nintendo to simply shove side quests into the game with no rhyme or reason. Side quests in previous titles had the bare minimum to justify their inclusion or existence. Majora’s Mask could have very well taken A Link to the Past’s approach where items were just littered about the overworld and finding them was, in a way, a side quest. After all, this is what the series had set as a precedent for optional content. Despite this precedent, the aforementioned characters arcs and stories for NPCs serve as a way of adding depth to the game’s side quests.

Even though Majora’s Mask owes much of its quality to creativity brought out from its design and development limitations, its side quests still stand particularly strong independent of the game’s three-day structure. Side quests in Majora’s Mask exist not only to give Link new masks, items, and heart pieces but to also infer the context of the world while fleshing out Termina’s lore. In a game about saving the world, Majora’s Mask takes its time to ensure the player actually cares about the world they’re saving so long as they make an effort to take on the game’s many side quests.

It certainly helps that each side quest follows a consistent, cohesive three-act structure. In the first act, the player learns an NPC’s schedule and interacts with them in order to understand their story; in the second act, the player attempts to resolve the NPC’s conflict through gameplay, occasionally interacting with other NPCs, thus fleshing out relationships and context within the world of the game; and in the third act, the conflict is resolved, the player gains a final understanding of the side quest’s focal NPC, and they’re rewarded for their troubles, typically with a mask.

It seems almost repetitive, but this three-act structure makes for some of the most in-depth NPCs in gaming which, in turn, make for some of the most in-depth side quests within the medium. While the mechanic of time plays a big role in how side quests are written and playout, their general intent is universal. They serve the greater narrative and atmosphere of the game. In previous Zelda games, side quests existed primarily for gameplay purposes and felt inconsequential as a result. Majora’s Mask has not taken away the gameplay benefits of completing a side quest, but simply added narrative substance to them.

For some players, the reward of completing a side quest in Majora’s Mask is just as much about gaining a new piece of equipment as it is further understood in the world of Termina. Each side quest, no matter how short or how trivial, expands on the lore of the game in a meaningful way, either by fleshing out Termina as a society or simply expanding upon the relationships between characters. Every side quest has a dual purpose in Majora’s Mask, blurring the line between gameplay and narrative benefit. As a result, Termina has more depth in one game than Hyrule had in four. When all is said and done, this is the true value of side quests. Not just in the context of The Legend of Zelda, but gaming as a medium.

An unremarkable side quest does not hurt a game, but it does not benefit it either. The trading quests in Link’s Awakening and Ocarina of Time are charming, but they aren’t all that meaningful. Players aren’t given a more substantial understanding or appreciation for either Koholint Island or Hyrule in completing the trading sequences. A good side quest, however, can flesh out a world by expanding upon themes, arc, and relationships that make the overall experience all the more cohesive. Majora’s Mask does not treat its side quests as lesser because it’s optional. It’s given the exact same amount of polish as the main game which leads to an ultimately more fulfilling playthrough.

The lesson to take away from Majora’s Mask isn’t that a game needs a host of side quests to be good, but rather that the side content presents impact the world of the game in a meaningful way. If Ocarina of Time had Anju and Kafei’s side quest while Majora’s Mask had a dozen variations of the Biggoron trading sequence, the former would be the game worth writing about in regards to side content. Quality is always more important than quantity. It just so happens that Majora’s Mask has both. Even then, though, the quantity doesn’t matter all that much. What matters is that Nintendo recognized an issue with The Legend of Zelda’s side quests, and perhaps side content in general. Majora’s Mask isn’t a great game because it has dozens upon dozens of side quests. It’s a great game because each side quest serves a genuine purpose.