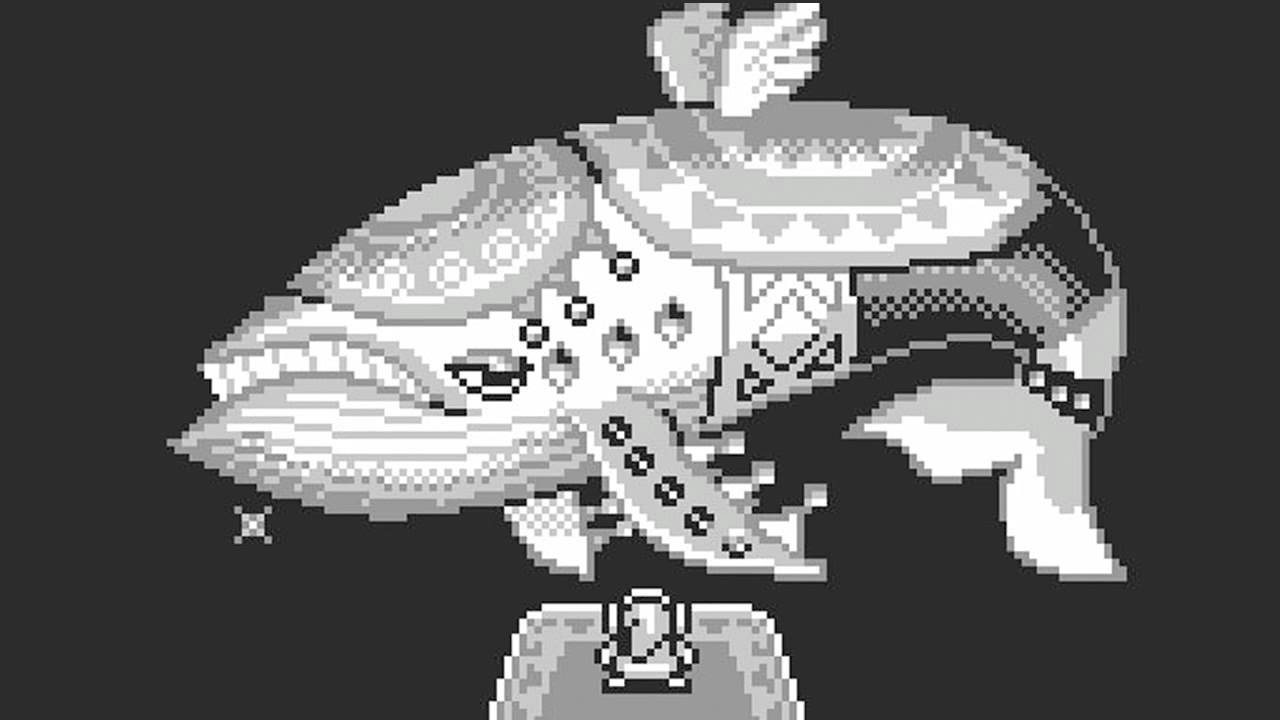 When it comes to dream-centric narratives, the main point of contention tends to be “was it real?” “Real” in this sense typically doubles for “did the story matter?” If what the protagonist underwent occurred in a realm separate of their conscious reality, it becomes rather easy to invalidate any arcs or themes that were present in the story that also happened independently of, or with little involvement from, the main character. The Legend of Zelda: Link’s Awakening is a dream based narrative that wears its premise proud. In fact, its Japanese title is The Dreaming Island.

From the outset, players are meant to question their reality to the point where, when Link finds out he’s in a dream, it isn’t exactly a twist. There’s no room for someone to take in Link’s Awakening and make a legitimate criticism that the story didn’t matter because it was a dream, since Koholint Island existing within a dream isn’t the point of the narrative. The point is that Link needs to kill the dream in order to escape.

With that in mind, Link’s Awakening begs the question: “What does it mean to exist?” For Link, existence is ending the dream and returning to his world. For Marin, existence is finding a way off the island in order to see the world. For Koholint’s inhabitants, existence is staying put and preserving the status quo. For the Wind Fish, the catalyst of the dream, existence is waking up and moving on since, as he puts it, “It be the nature of dreams to end.”

The only common thread linking everyone’s interpretation of existence together is the sheer fragility of it. Link actively works towards heading the dream; Marin doesn’t want to be confined by Koholint forever; the Nightmares outright warn Link that his actions will destroy the island, and the Wind Fish explicitly recognizes Koholint’s time as up.

It’s surprising just how much tact Link’s Awakening applies to its premise considering how easy it would have been for the story to just write off Koholint as nothing more than a “dream.” The narrative’s existential themes are potent and consistent from start to finish with both the gameplay and script taking time to flesh out the game’s concept of reality. As far as Link’s Awakening, the dream is unquestionably real. Koholint Island is a tangible world where the villagers have lives, hopes, and dreams. Of course, it’s revealed near the end of the game that the villagers can’t even remember their earlier lives, but does that make their time within the dream any less real?

The answer Link’s Awakening poses to said question is a resounding “no.” The lives of the villagers are clearly valuable if only because Link can go out of his way to help them. On top of just frequently interacting with the residents of Koholint and assisting them as part of the main plot, Link’s Awakening introduces the series’ first trading sequence. It goes without saying that there is a material reward for the player in completing the trading sequence, but it’s a gameplay factor that adds inherent merit to the concept that the villagers’ lives have meaning.

Even after Link and, by extension, the player learns that the island will disappear upon waking the Wind Fish, Link will still be tasked with rescuing Marin, implying that, even in the face of existential extinction, life is still worth protecting. A less attentive player could see this as a disconnect between the gameplay and story, but it’s actually quite thematically cohesive.

The reason there might be a feeling of disconnect is simply that Link’s Awakening rejects the idea that dreams are intrinsically less real than a story in a “real” setting with such intense fervor. Narratively, this is best seen in the desperation Nightmares show in game’s latter half. The closer Link gets to awakening the Wind Fish, the more pointed the post-boss dialogue becomes. Nightmares warn Link that his actions will cause the complete annihilation of Koholint Island with the fifth boss, in particular, calling Link a “fool” and the last Nightmare condemning Link since “if it weren’t for [him], nothing would have to change.”

With every line of dialogue, Link’s Awakening’s script works in favor of presenting the fragility, and value, of existence in all forms. Koholint Island may not have had a past before the dream, but it has a future within the dream. Life has to begin somewhere and, regardless of its status as a dream, life advances on Koholint Island. Marin has a character arc; villagers get lost or explore; and culture is shared through song, text, and performance. Characters outright have feelings for one another and have children. Koholint Island is as alive as Hyrule. If anything, Koholint Island is more alive than any depiction of Hyrule prior.

Existence in Link’s Awakening isn’t fragile because it’s an existence within a dream, existence is fragile because that’s just what existence inherently is. Not only can all life end, but all life will end. This is just an inevitable consequence of time. Koholint Island may have been destined for demise the moment Marin found Link washed up on Toronbo Shores, but that doesn’t mean her brief life is any less precious than Link’s, someone who gets to return home when all is said and done.

To drive this concept even further, the Wind Fish tells Link at the end of the game that “Only the memory of this dreamland will exist in the waking world… Someday, thou must recall this island… That memory must be the real dream world,” effectively telling the player that the mere memory of Koholint is enough to not only make it real but also validate its reality in earnest. It is the memory itself that is the “real dream world,” not the dream. The dream is not a part of the “waking world,” but there’s also no distinction made in regards to reality between the “waking world” and “dream world.”

In a sense, Link’s Awakening tells a tale about the impermanence of life itself. The “dream” setting is really just a way of getting around the touchy subject of a protagonist actively working towards the end of civilization. Out of context, Link’s actions are dark and ripe for analysis, but the game never presents his actions as anything but the right thing to do. It doesn’t mask the ambiguous nature of ending the dream and erasing all life on Koholint, either, but it understands that, through the death of Koholint Island, the Wind Fish can live his own life. Life and death are cyclical. Life leads to death and death makes way for new life. No action shows this concept better than the true ending.

Should the player not die whatsoever throughout the course of the game, they’ll be treated to a scene with a seagull when all is said and done. As the seagull flies into view, Marin’s face appears on screen along with her leitmotif. Early on, Marin mentions how she wishes she could be a seagull so that she could fly off and see the world. Even with the dream gone, it’s implied that Marin got her wish after all. Her life as she knew it was over, but she now exists in a new plane, living out her wildest dreams.

To exist is to accept one’s finality and the fact Link’s Awakening never shies away from that concept is both bold and brilliant. Bold, because it takes a profoundly heavy notion and plays it painfully straight. Brilliant, because it actually manages to say something meaningful about the natures of existence, life, death, and reality where it would have been so easy to leave the concepts as is. The Legend of Zelda: Link’s Awakening recognizes how fragile existence truly is, but it finds beauty in that fragility to demonstrate the value of life. The reason Koholint Island’s destruction isn’t overtly sad is that there isn’t anything worth being sad about. Koholint doesn’t exist anymore, but it did exist, and Link and the player have the memories to prove it. That’s worth just as much as any reality.