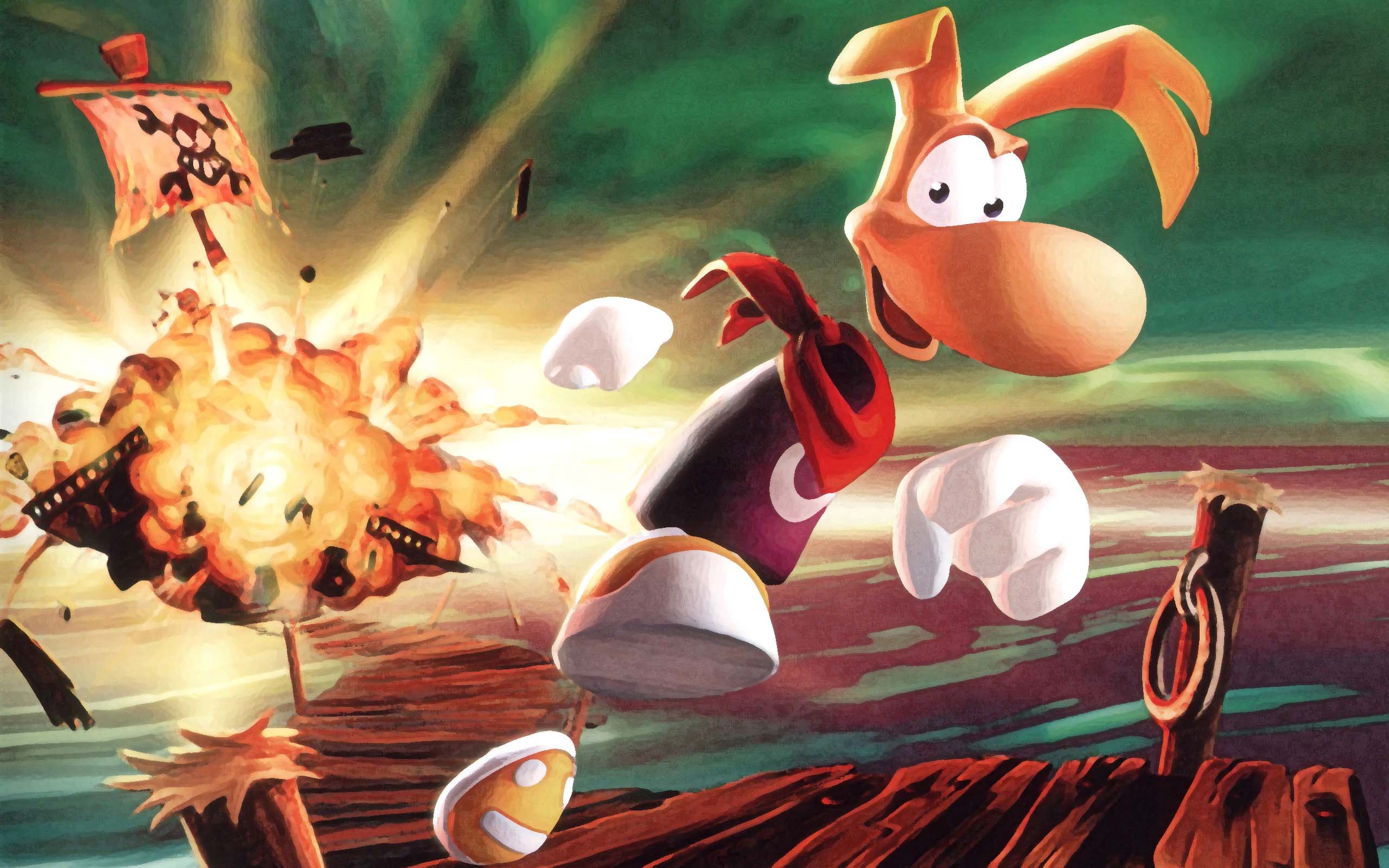 If there ever was a title that could be described as an “unhidden-hidden gem”, it would be Rayman 2: The Great Escape.

What I mean is Rayman 2 isn’t an obscure or unknown oddity available on only one specific old console, nor is it a hard to get, rare title with physical copies going upwards of $100 on eBay.

Not only does the game belong to a popular Ubisoft-owned franchise, by this point in time, this particular game is available in some form or port-variant on over ten different gaming platforms with releases ranging from 1999 to 2011. Maybe, if you’re reading this a decade or so from now, it’ll have another ten or so ports under its belt.

Yet, Rayman 2 is still overlooked compared to its contemporaries in the 3D-platforming genre of the late 1990s and early 2000s, which isn’t all that surprising. Mascot characters like Mario, Mega Man, Spyro, Crash and Pac-Man (Pac-Man World era) etc., all had solid, widely well-received, popular 3D platformers, to their already famous brand names- all of which I played or knew about- while Rayman was a relatively unknown entity. For many, the release of Rayman 2 was not even noticed.

Growing up in the 90s, I only had a passing experience with the original Rayman game (on PC), probably at a friend’s house, but at the time it never interested me. But, possibly a result of reviews and advertisements in gaming magazines, I did end up playing Rayman 2 (PS1 version, which is what I am basing this retrospective on), and I was sunk into it.

Looking back and focusing on the visuals, themes, and setting of the title lends us an insight into the game’s identity.

Unlike sequels or spinoffs in other franchises, where a turn to a grim tone is nothing more than a superficial façade, in Rayman 2, Rayman isn’t going around saying “damn” while toting a handgun around in an inferno of a metropolitan city (though, forgetting to fill up your tank is a good excuse to say “damn”)

Instead, the dark, murky atmosphere here is an organic construct, being born of a world that you might previously remember as a colorful and blossoming one. Even if you’ve never played the original 2D Rayman game, the decay and corruption of a world once prosperous is still evident. You can tell that the evil influence of the pirate admiral, Razorblade, and his army of Robo-Pirates, has blighted most everything around you.

These concepts are very directly introduced to you in the opening to the game, as Rayman’s ol’ pal Globox (his first appearance in the series) is dragged by sinister-looking Robo-Pirates to the same cell as Rayman. As he is dragged, you witness countless creatures captured in tiny cells, literally screaming “help” in tiny, pain-filled voices.

Having seen all of this, once you make your escape, you already have a vivid idea of how bad things have gotten and what is exactly at stake.

The most striking memory I have of the game, which, upon revisiting, is just as potent as it ever was, is the rich atmosphere; in particular “The Cave of Bad Dreams”.

Tasked to venture into the depths of The Kingdom of the Dead to procure a Life Potion for Clark, who is presumably on the verge of death having fought off 20 some Robo-Pirates, we find ourselves in a realm of nightmares and other spooky things. A mix between the River Styx leading into Hades and a charming old-timey haunted house attraction, this particular level showcases the contrast between the whimsical and scary.

The hypnotic music in this area lends itself really well, as you solve puzzles, fight off ghoulish enemies, and hop onto floating skulls and bones over a river of thorns- a thick mist rolling over.

Never does the game take itself too seriously. It might look a little wicked, but you still know that it’s all in good fun. The music is also never too serious, playing more in tone of a whimsical, though at times a little pensive, nature.

Similarly, even when wading through the game’s lugubrious setting, the world of Rayman 2 hasn’t shaken off the sweet charm of the titular character and those who support him in his adventure.

Characters like Globox, Murphy, Clark, the Teensies and so on still act and exist in a very innocent and cartoonish way, with pure hearts; this makes the dire situations they find themselves in, exaggeratedly evil compared to their innocence, feel a lot more important.

As a character, Rayman himself does not let the loss of his powers (a result of the world’s waning powers) and the state of all around him get the best of him. He leads the game’s story as the Guardian he is meant to be, always doing the right thing, risking his life despite being clearly nervous and unsure of the situations he finds himself in– even when faced with challenges presented by powerful (and, at times, scary) beings.

Acting in a very simple and naïve way (and I mean this in a positive light), Rayman and his friends remind you of the perseverance of good, without making it too corny, and that works really well in this child-oriented fantasy story.

The bad guys, as bad as their handiwork might sound, are also silly in their own bumbling ways. I mean, even the Robo-Pirate army theme is a merry swashbuckling hit, with a few undertones of “bad guy music”, of course.

I find some parallels between Rayman 2’s overall setting and J.M. Barry’s Peter Pan, though on a very skin-deep level, as far as character types go.

Rayman and his friends often act like lost children; their world has been taken over by some serious, authoritarian figures, and Rayman, as the lead, has to step in to the rescue. In a way, it sounds and plays out like the kind of juvenile make-believe which initially inspired J.M. Barry to write his play.

And that really is the best way to look at what. All while being a genuinely entertaining game, Rayman 2: The Great Escape creates for you a fantasy world of robot pirates, creepy nooks and crannies, fairies, heroes of good overcoming evil, and whatever Globox is supposed to be