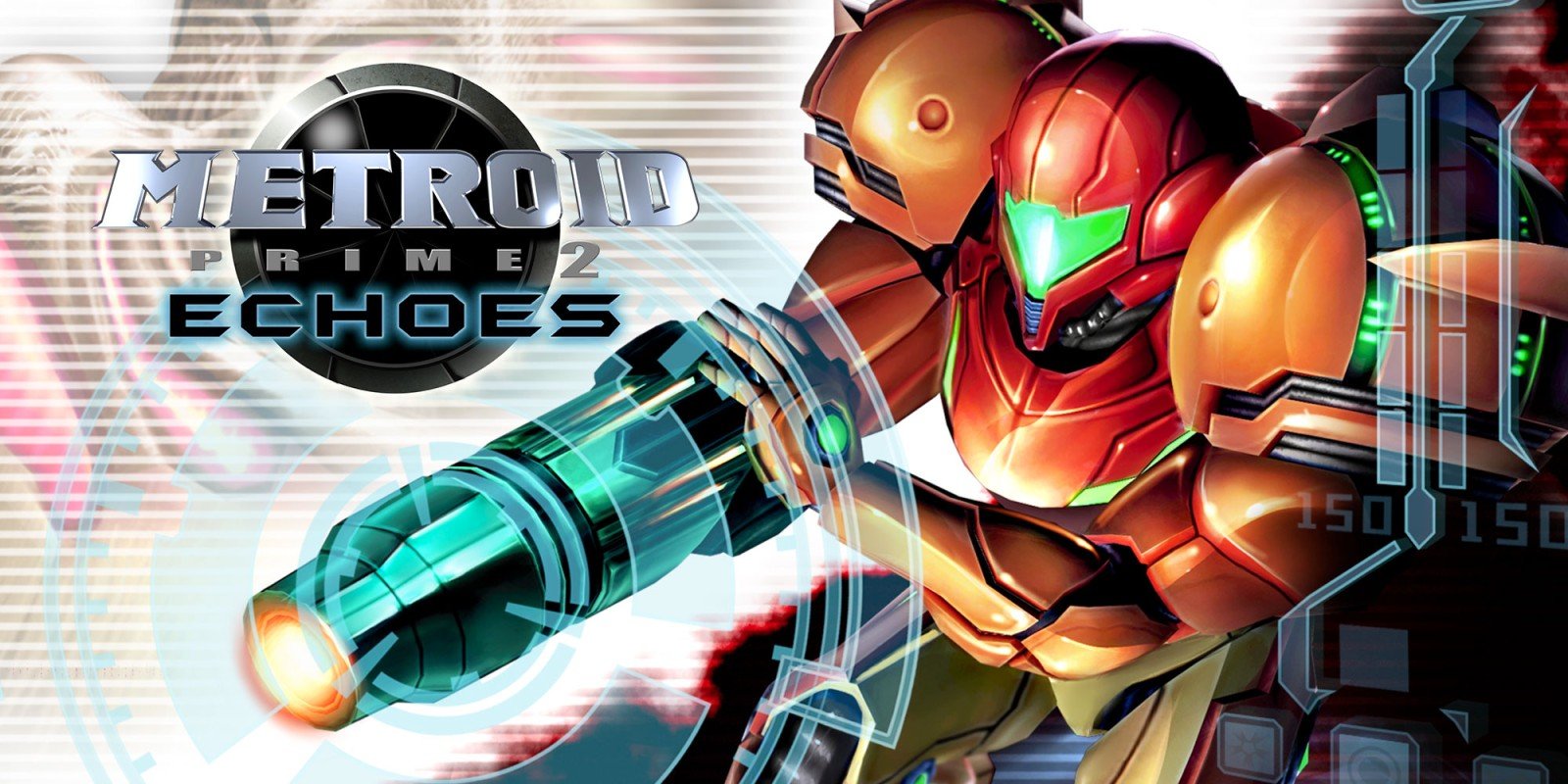 Metroid Prime 2: Echoes is nothing like its predecessor.  By defying Metroid tradition and eschewing the verdant overworld and heated magma chambers of Metroid Prime in favor of light and dark versions of Planet Aether, Echoes creates its own identity early within its adventure. In doing so, it succeeds in crafting an experience that makes the player feel helpless in spite of their ever-increasing power, something that, outside of Metroid Fusion, the series had never done previously.

Much of this success came from developer Retro Studios’ decision to craft Echoes with techniques pulled right out of survival-horror games. From limited beam ammo, to battles against collections of undead Galactic Federation troopers resurrected by the demon-like Ing, the game’s main antagonists, to the very atmosphere of Dark Aether, which damages Samus whenever she ventures out from beneath the safety of light crystals scattered around, every aspect of Metroid Prime 2: Echoes feels designed to make the player dread journeying into Dark Aether. Echoes succeeds at crafting a world that feels like its own malicious entity, an antagonist that, though Samus never fights it, still haunts her whenever she steps into its domain.

Much the same could be said for the character of Dark Samus. Introduced in the 100% completion ending of Metroid Prime, Dark Samus haunts the planet Aether, both Dark and Light, and makes the hunter feel hunted. Echoing–pun fully intended–the SA-X in Metroid Fusion, the presence of this ominous doppelganger makes the world of Aether all that more oppressive and removes the sense of control and power that players normally feel in Metroid games. In Echoes, Samus feels like she is in perpetual danger as if the worst has yet to come and may lurk just behind the next portal to Dark Aether. It creates in the player a sense of intense dread, a feeling only rivaled by the Wrecked Ship in Super Metroid and encounters with the SA-X in Fusion.

This sense of helplessness is further enhanced by the game’s comparatively high difficulty. While its difficulty in the Wii collection, Metroid Prime Trilogy, is toned down significantly, the original release remains quite challenging for a Metroid game, requiring that the player consider ammunition and account for the atmosphere’s intense damage. Sometimes, this difficulty merely sets it apart from other Metroid games. However, at other times, it can make the game supremely frustrating.

The difficulty, however, is the least of Echoes’ major three flaws. The game also suffers from drab-level design. Outside of the Sanctuary Fortress and the Ing Hive, there are few locations that truly stand out. Most of the game’s world is covered with an endemic blandness that permeates both the dark and light variants of each area, sapping the player’s motivation to explore or to stop and gaze at the scenery. In an interview with Shinesparkers, Retro Studios developer Jack Matthews pinned this down to a design mistake that left the team without enough time to make each area “look visually distinct and amazing.” However, no matter the reasoning, it’s an unfortunate blemish after Metroid Prime’s beautiful, visceral, and visually distinct areas.

However, the biggest flaw that Metroid Prime 2: Echoes faces is its inability to properly pace itself. After the search for the Chozo Artifacts in Metroid Prime served as a last-second attempt by Retro to pad out the length of the adventure, Retro, unfortunately, tried the same trick again in Echoes. Its introduction of temple keys amplified the frustrations that players felt with the Chozo Artifacts significantly. Having to collect keys not only for each temple, but also for the last dungeon is boring, uninspired, and immersion-breaking, an oddity for a series that principally concerns itself with exploration and immersion. Whereas the Chozo artifacts were, in some way, at least tangentially related to the plot involved, the keys feel significantly less integrated and, as a result, make the search for them feel less meaningful than the quest for the Artifacts in Prime.

Despite high critical praise and an impressive pedigree, Echoes–like most sequels–can’t escape the shadow of its predecessor. Nevertheless, given that Retro Studios faced an uphill battle delivering a sequel to one of the greatest games of all time, the results are impressive. After all, these years later, Echoes remains a good game and a classic, but it is still the most enigmatic entry in the series, a black sheep whose cracks have become more apparent with the passing of time.