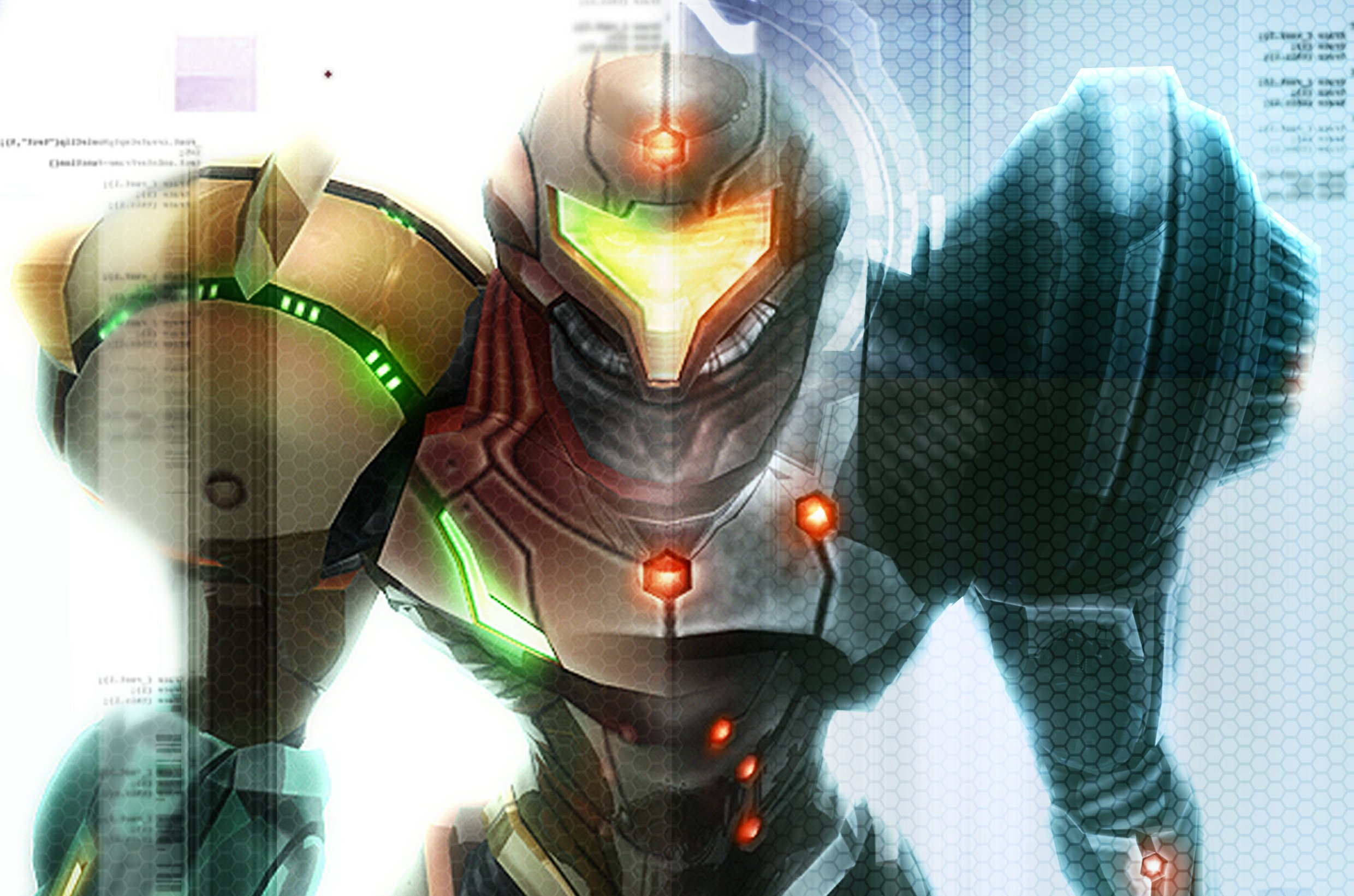 Dark Samus quickly became one of the most popular villains in the Metroid series when she debuted in Metroid Prime 2: Echoes on the Nintendo GameCube. Her iconic status can be compared to other renowned villains from the franchise such as Mother Brain and Ridley, going as far as to even score her own spot in the playable roster of Super Smash Bros. Ultimate as an echo fighter of her original source of life. Of all the appearances she has made throughout her history, the character’s debut appearance in the second entry of the Prime trilogy is still her most memorable and impactful one to date. The ways in which Dark Samus enhances the narrative and gameplay of Metroid Prime 2 makes her feel like more than just a dark clone of the main protagonist. Dark Samus stands as one of Nintendo’s best villains because of them.

One of the most immediately striking aspects of Dark Samus in Metroid Prime 2 is her boss battles. The player squares off with her three times over the course of the title, and each encounter is frequently touted as a highlight of the adventure. Her fights contrast nicely with most of the other bosses; most encounters are against large creatures with some kind of weakness to exploit, but Dark Samus is a humanoid character, and her encounters are straight-up firefights for the most part. Dark Samus’s movements are quick and erratic, and she possesses a wide array of moves that often demand deft dodging from the player. The soundtrack blares siren-esque sounds to highlight how dangerous she is, and her arenas often feature dynamic, destructible environments that react to her more potent attacks, enhancing the excitement and tension of her battles. These elements make it difficult not to feel a rush when fighting her, and that rush does not go away in subsequent encounters. Each fight introduces a variety of new attacks and mechanics to keep the player on their toes, to the point where the final encounter with her barely resembles the first two. These fights do an excellent job at firmly establishing her as Samus’s primary rival, and they remain some of the most exhilarating parts of the campaign.

A Rogue Echo of Samus

Dark Samus is not just good for popcorn thrills, however, as her role in the narrative enhances the experience significantly. One aspect that makes Dark Samus especially interesting is her affiliations or lack thereof. She clearly is not associated with the Space Pirates, as their logs reveal that she has been attacking their already dwindling troop and defenses. The player might be initially led to believe that she is associated with the game’s primary antagonists, the Ing, as she leaves Samus to get swarmed by a horde of Ing monsters at the beginning of the campaign. But it soon becomes apparent that she has no connections to them either, especially when the player sees her wiping out a team of Ing-possessed Space Pirates later on. In general, she has little to do with the central conflict of the game, which involves saving the planet Aether and the Luminoth race from the Ing threat, which may make the player wonder why she is here in the first place. Of course, the literal story explanation for her existence can be found in the 100% ending of the first Metroid Prime. This ending reveals Dark Samus to be the reincarnation of that game’s central antagonist, the titular Metroid Prime, so this establishes her appearance in Metroid Prime 2 as a way to tie both games’ narratives together.

But what really makes her rogue nature so intriguing is how much she echoes Samus’s character. In every Metroid installment, Samus is portrayed as an independent bounty hunter, and while she often works with the Galactic Federation, these instances are only temporary hires for individual missions. Dark Samus, similarly, is a completely independent actor with her own agenda and motivations. But she ends up contrasting with her rival in that while Samus is willing to work with others to achieve a common goal, Dark Samus guns down anyone who remotely stands in her way- however, she is willing to forcibly corrupt individuals into becoming her allies in the next installment. But the two Samus resemble each other in another way. In every Metroid game, Samus obtains new abilities and grows in power as she progresses, and Dark Samus does the same in Metroid Prime 2. Once again, this similarity ends up being offset by their motives. Samus gains more power to explore new areas and help save the galaxy, while Dark Samus does so purely to satisfy her animalistic cravings for Phazon, the substance she is made out of. Both hunters face off against each other in their most powerful forms at the end, but while Samus only gains the power she needs to get the job done, Dark Samus’s relentless pursuit of Phazon ends up being her downfall, as Samus finishes her off by overloading her with more Phazon than she can handle. Her similarities to Samus are expertly-handled in their subtlety, and they make for a character that echoes her rival on the surface, but twists whatever traits they share into something much more sinister and unhinged.

Metroid Prime 2 also goes to great lengths to build tension around Dark Samus through gameplay. The aforementioned scene where Dark Samus fights off the possessed Space Pirates does not occur in a cutscene; the player happens upon this moment while they are in direct control of Samus. This distinction is important; it’s easy to make a cutscene that exaggerates a character’s power, but since the player witnesses Dark Samus effortlessly clearing a room of enemies that they would normally have trouble with in real time, her power feels all the more genuine. This moment is designed to disempower the player before the following encounter with her, as the player is left concerned over what Dark Samus is capable of doing to them. The player also occasionally finds a collection of blue particles floating in the air as they explore, and whenever these particles show up, a Dark Samus appearance usually follows. After the first time the player finds these particles, they may feel uneasy the next time they see them, as the player will be anticipating Dark Samus and thinking about what she may do to them. The most effective use of these particles is following her second encounter. After Samus defeats her for the second time, she blasts a window open and falls out as she dissipates. The player is then tasked with going to Dark Aether and solving a few puzzles that will bring them closer to the Echo Visor. Upon returning to the light version of Aether, the player finds the same blue particles briefly floating in the air before fading away. This subtle detail can be easily missed on a first playthrough, but they serve as a powerful reminder that Dark Samus is still out there, and she will only grow stronger from here.

Metroid Prime 2 itself pays little attention to her true identity as the reincarnated Metroid Prime, but players who missed the original game’s 100% ending can still figure out her identity through a few gameplay hints. In the first game, the second form of Metroid Prime frequently turns invisible, requiring the player to switch visors to keep track of it. Similarly, Dark Samus becomes invisible in both her second and third encounters, and the player will need to use either the Dark Visor or Echo Visor to see her. Since dark enemies in Metroid Prime 2 are weak to the Light Beam, the player may initially assume that Dark Samus is weak to the Light Beam as well. But if the player experiments, they will find she is actually weak to the Dark Beam, as Metroid Prime, and therefore Dark Samus, comes from the light realm. Finally, both the second form of Metroid Prime and the third form of Dark Samus are defeated by using their Phazon against them. These gameplay hints are brilliant ways to demonstrate the connections between Metroid Prime and Dark Samus without outright stating her origin, making for a fun mystery to solve for casual fans of the Metroid Prime series.

What really solidifies Dark Samus’s effectiveness as a villain is in how the final encounter is staged. After Samus destroys the Emperor Ing and absorbs Aether’s final light source, Dark Aether begins to collapse around her, triggering the classic timed escape sequence the Metroid series is known for. Before she can escape, however, the exit is blocked by Phazon and Dark Samus, now in a grotesque form, shows up to impede her. At this point, Samus has no choice but to square off with her doppelganger one last time before she gets caught in Dark Aether’s destruction. One of the reasons why this is so impactful is because, at this point, Samus’s primary objective has mostly been completed. What initially appeared to have been the final boss has been dealt with, and Samus is only a portal away from restoring Aether to its former glory. But Samus and Dark Samus still have a score to settle, and they are going to settle it even if they risk getting blown up along with Dark Aether. The final encounter is also effective because of how it twists the standard Metroid finale. It takes the timed escape sequence, something that has been long established in the series up to this point, and transforms it into something much more personal. Now she has to put an end to a bitter, game-long rivalry to escape the collapsing planet rather than simply finding her way back to her ship. It was partially Samus’s fault that Dark Samus was born in the first place, so if Aether is going to be saved, she will have to undo (or attempt to undo) the monster she had inadvertently created. All of this elevates the final battle considerably, and it makes Dark Samus an even more powerful presence than she already was.

This is far from the first time that a Nintendo title has featured an evil version of the main character; the Metroid series itself has explored the idea before. But Dark Samus is easily one of the best iterations of the trope ever seen in a Nintendo game, if not gaming in general. The storytelling and mechanical techniques Metroid Prime 2 uses to elevate Dark Samus as an impactful rival character are almost unparalleled, to the point where no future titles have been able to recapture her appeal in quite the same way. Regardless, nothing can take away from what Metroid Prime 2 accomplished with Dark Samus, and its no wonder the character ended up becoming as popular as she did.