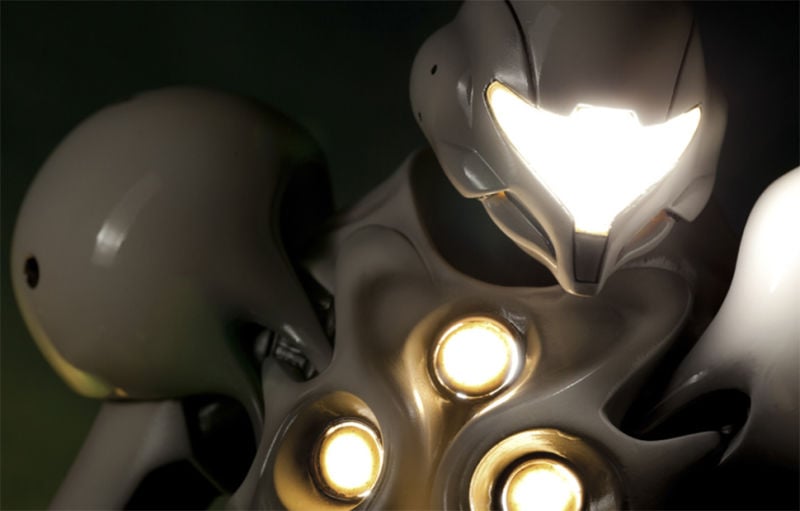 The Metroid Prime Trilogy is rightly regarded as one the finest gaming series ever created. The original Metroid Prime was a revelation and is still held up as one of the best games of all time. The sequels built on this template, while offering enough fresh ideas to stop them from becoming stale are less beloved. But if you ask most people which is the weakest of this trilogy, they would probably reply with Metroid Prime 2: Echoes. While the opinion is understandable, personally I feel a lot of people write off Echoes as rubbish, which it clearly is not. While it’s not perfect, due to the high-standard Metroid games are set against, it gets an unfair rep. Let’s break down some of the main criticisms of the game.

The world switching mechanic is integral to the game design, and if you don’t like this then the whole game falls apart. This idea of dark and light alternate versions of the same world is not unique to this game. It’s been done countless times before, most commonly in the Zelda series. So why does this game get such a hard time for the way it is implemented? The game slowly introduces you to both the light and dark versions of Aether, allowing you time to adjust to both. And as the game progresses you get more and more opportunities to switch between the two, using it as both a means of exploration and a puzzle mechanic.

Honestly, the pacing is done well. Just as you are getting bored of one version of the world you will go to the other. It also allows the art direction and enemy design to flourish, as everything has to have two versions, creating bizarre distorted creatures as you journey through the planet. It all comes down to whether you derive any fun from exploring areas multiple times, which for me has always been part of the appeal of the Metroid series. Re-exploring areas to see if anything has changed and to see what secrets are to be found. For me, this mechanic amplifies that.

The Setting of Echoes

Many people complain that Dark Aether is unpleasant to visit and that they dread going to it. I like this sense of dread, that something hostile and alien lies in wait on the other side of the portal. A place where the creatures are strange and twisted, and merely walking in its air is damaging to you. Dark Aether is unfriendly and foreboding, but how is this a bad thing? Games like Dark Souls and most horror games pride themselves on making the player dread what is around the corner. This only adds to the feeling of relief when you are back in familiar territory, as well as the satisfaction when you beat the game. In fact, horror games were clearly on the mind of the developers when they created the opening sequence to the game where you see the tragic tale of the Squad Bravo.

But even in Light Aether, the art direction of the game and the designs of the places you visit are awe-inspiring. While the designs in the original Metroid Prime were superb, they could sometimes be accused of being generic. A snow area, a lava area, a lab area. Echoes was a lot more creative in the areas it created while still feeling connected and cohesive as a whole world, despite being divided up into distinct areas. Ironically, Light Aether has quite a muted pallet compared to its predecessor, invoking this feeling of a world that is slowly dying. Dark Aether actually has more colour to it, with bright reds and purples breaking their way through the murky fog. The two worlds and 4 disparate areas all feel consistent, without drastically different micro-climates seen in the original Prime.

Sure, the game is tough, by far the toughest in the Prime Trilogy, but this level of difficulty seems apt, given the hostile nature of the world you are going into. The transition to Dark Aether wouldn’t have nearly same effect on the player if it was easy. You should feel like you are fighting against the odds, and have heart palpitations every time you make it to a safe station. Sure the Spider & Boost Guardians are a tad too mean, and the less said about the Temple Key fetch quest at the end the better. A lot of this was improved for the Wii version, which given the improved controls as well, is hands down the best way to play the game. This is a Metroid game for devoted Metroid fans and is designed to be unfriendly and challenging. It’s hard but never cheap.

Can We Really Gamify Mental Illness?