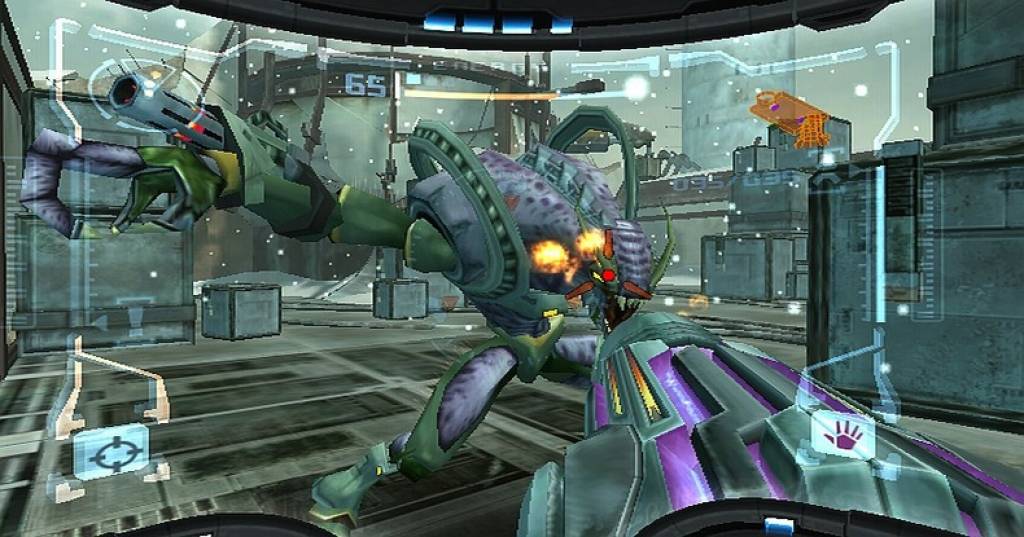 There’s no question that Metroid Prime is an immersive and timeless masterpiece which is as well polished as any release by Nintendo. While the GameCube was known for classic games with timeless art styles, such as The Legend of Zelda: The Wind Waker, Prime is perhaps the only major game in Nintendo’s history that can tout timelessness as well as realistic graphical fidelity decades after its original release.

Despite releasing in November 2002 on hardware less capable than most modern smartwatches, (the GameCube has 43 MB of non-unified RAM, a 485 MHz CPU, and the Flipper GPU, which is capable of outputting a maximum of 9.4 GFLOPS) Metroid Prime is one of the most soundly constructed video games of all time. It runs at 60 frames per second while displaying multiple enemies and complex particle effects, a testament to how well Retro Studios’ coding utilizes the GameCube’s power. 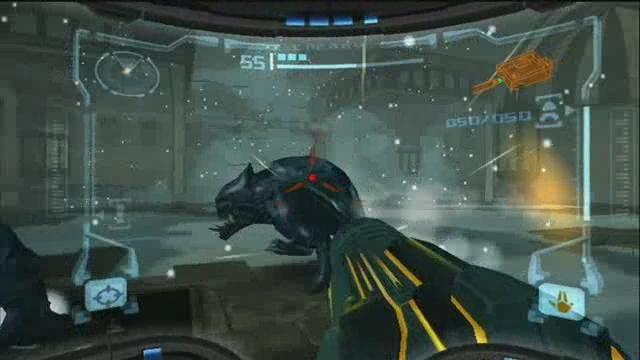 Even fellow AAA titles such as Final Fantasy XII, which released nearly five years later, lack the visual fidelity present in Prime, and the margin isn’t close. The original version of the game, but especially the version present in the Wii’s Metroid Prime Trilogy, is beautifully designed and impressive at 480p, with few signs of compression when played on a large, 1080p display. If there was ever a game from the sixth console generation that didn’t need an HD remaster, but instead looked as beautiful as many modern games, it’s Metroid Prime.

Such artistic depth is present within every aspect of Prime. Each creature stands out, beautifully articulated and presented within an ecosystem that makes sense, both from a gameplay and story perspective. The sheegoth in Phendrana Drifts and the fission metroids present within the Phazon Mines each showcase enemy design that demonstrates a considerate approach to enemy design, rather than an infatuation with the series’ tradition. Even the title screen, with its eerie synth intro and close inspection of the inside of a metroid, displays the creativity and willingness to think outside of the box that defines the Prime series.

An Alien Soundtrack for an Alien World

That willingness to think outside the box is evident in Prime‘s music as well. From the burning, steam-filled Magmoor Caverns and the cold, somber Phendrana Drifts to the sinister, foreboding base of the Space Pirates in the Phazon Mines, every area in Metroid Prime oozes stylistic brilliance and succeeds in setting the mood intended by the developers. Smooth, flowing melodies accompany Samus in Phendrana Drifts, while deep choral chants echo throughout Magmoor Caverns with harmonies bubbling beneath the surface of the main melody, ready to shoot forth like magma. The Phazon Mines feel treacherous and evil, as if the very presence of Phazon, and of the Space Pirates mining it, is capable of turning the land unnaturally evil. 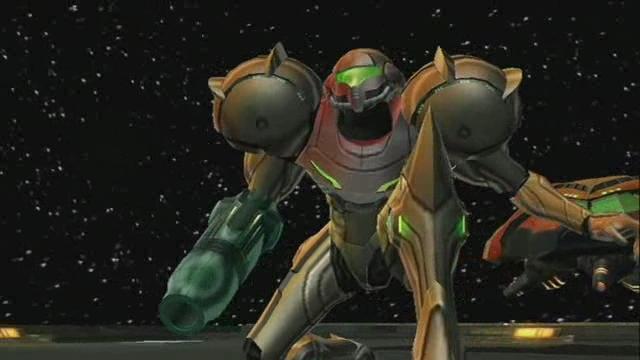 The music and sound effects present within Prime construct a framework which supports the rest of the game expertly. The entire auditory experience is carefully arranged and each sample forms a link that ties together a well-curated soundscape. Sound effects, such as one that plays when Phazon is near, project an aura of imminent danger and even the snarls of Space Pirate conversation invokes a sense of caution while exploring the Mines.

Considering that composer Kenji Yamamoto was limited to a mere 6 MB of storage for sound effects, such balanced sound is a surprise, to say the least. The utilization of those sound effects is a testament to the pure brilliance behind Prime’s direction. The developers at Retro Studios were never afraid to tweak or re-implement elements of the series that were stale and never shied away from introducing new, sometimes controversial, features to breathe new life into the series. They had their focus upon the future, rather than the past of Metroid, an approach modern game developers should consider.

Gameplay is as precise in Prime as in any 2D Metroid game, with each pit, platform, and puzzle carefully constructed to keep the player moving forward into undiscovered territory. Weapons are doled out carefully and the game aptly avoids using upgrades as keys, each weapon instead feels vital to Samus’ arsenal and they are sorely missed during the early portions of subsequent playthroughs.

Even the original control scheme, antiquated even by the standards of its time, remains amenable, because the game is designed around its strengths. The lock-on system supplants a traditional, dual-stick control scheme and allows the gameplay to feel as if one is moving a fully-armed galactic bounty hunter rather than a lightweight solider. Boss battles feel simultaneously epic as well as innately conquerable and the bosses stand out, not only for their stylistic brilliance, but also for their weaknesses, which make each boss feel like a puzzle that the player is solving rather than a simple obstacle to progression. 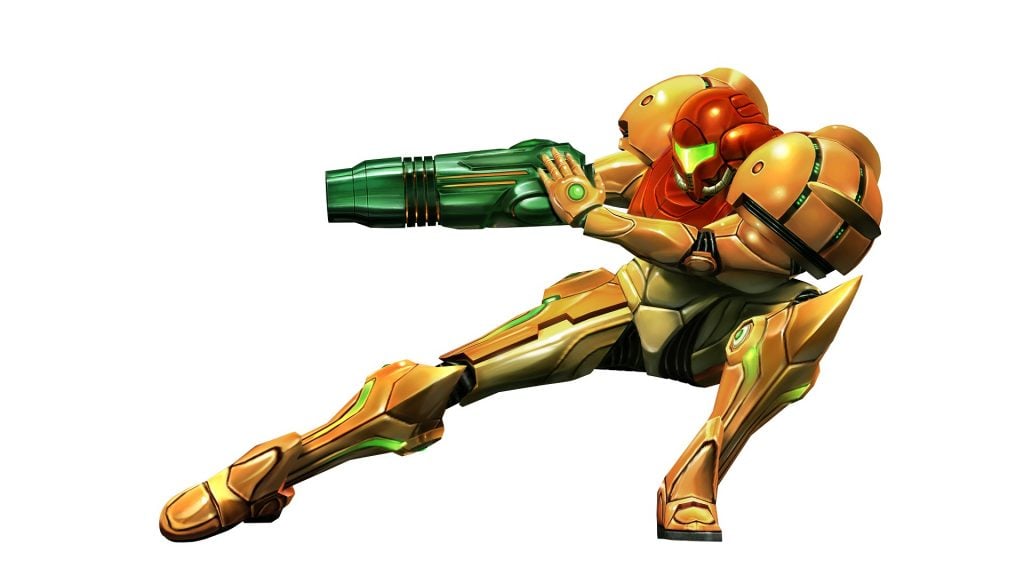 Scanning is a feature unique to the Prime series, and its introduction is an important milestone in the adaptation of the Metroid series from 2D to 3D. Boss weaknesses, enemy details, and the majority of the story are locked behind small, orange symbols evident only within the Scan Visor. This allows a fully realized story to be told while keeping the player’s immersion intact, avoiding in-game explanations of story and lore filled with immersion-breaking plot dumps. Scanning is perhaps the most important design decision implemented into Prime by Retro Studios, as it allows immersion to stay intact, despite realistic limitations on graphical fidelity, limitations that most modern AAA games simply do not have.

Metroid Prime is, arguably, the greatest game of the sixth generation. It’s simplicity, timeless graphics, and well-produced audio all compose what is perhaps the single most well-balanced game in Nintendo’s history. Each and every aspect of the game is finely tuned, with a focus on extreme detail. Because of this, it’s quite amazing to think that Prime was developed by an American studio which had never even seen a game past its alpha stage, much less handled one of gaming’s most treasured franchises.

If anything, Metroid Prime is a testament to what ingenuity, hard-work, and pure, unadulterated brilliance can bring to an industry too often defined by meaningless stat-grinds and inch-deep stories. Like anything beautiful, and much of life, Metroid Prime is an experience that merits full, undivided attention and contemplation, even years after the initial experience.