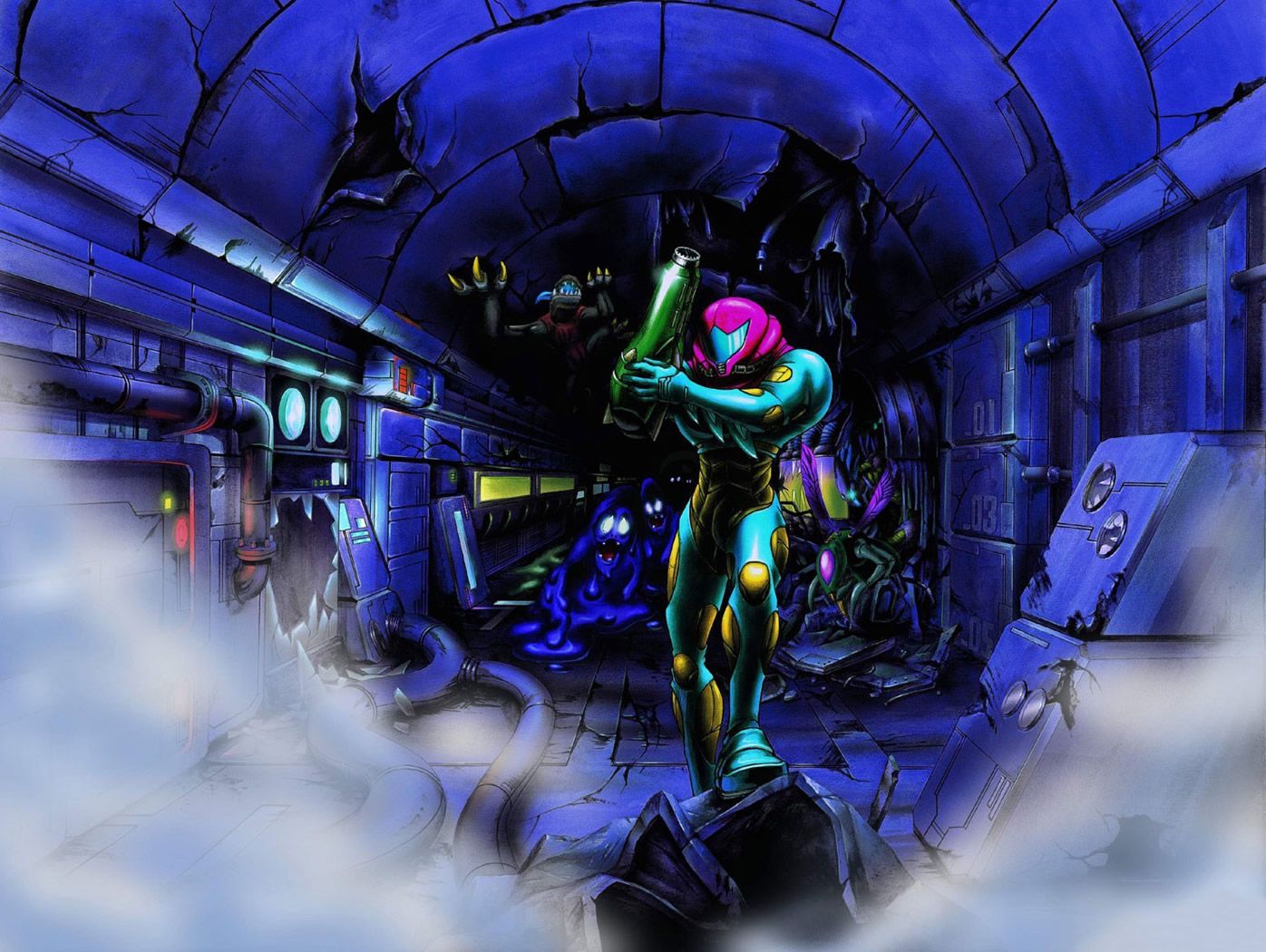 The Game Boy Advance is not exactly what one might think of when imagining a platform that often brings horror or any sort of tangible atmosphere. And yet, in a sweep of brilliance, Nintendo managed to create both horror and atmosphere with 2002’s Metroid Fusion. Of course, we already know that the gameplay of Fusion itself is fantastic. What we’re going to be discussing are the game’s design elements that manage to bring that extra element of unease to the experience.

Metroid Fusion is a conceptually dark game, especially for a mainline Nintendo release. The entire game follows Samus as she is dealing with a deadly infection that is slowly overtaking her body. She explores a place known as the BSL station, the site of a mysterious explosion. Unlike other Metroid titles, Fusion does feature dialogue- though only through the artificial intelligence of a computer, meant to replicate the personality of Samus’ former now-deceased commanding officer, Adam. However, instead of offering a warm respite from the creepiness of the game, the Adam AI only adds to this feeling with its eerie personality.

Adding to the overall horror of the game are its enemies, one of the most notable of which is the “Nightmare”. Our friend the Nightmare is a giant metal robot that forms out of a scrap heap of electronics. At first, the Nightmare seems to be a creepy robot boss. It’s unsettling, but nothing too crazy. That is until the robot’s metal face starts bleeding out of its eyes, slowly revealing a living face beneath:

It’s shocking moments like this that give Fusion an edge of terror that makes it quite difficult to forget.

The aspect of Fusion that is arguably most responsible for building this game’s atmosphere is the soundtrack. And what a soundtrack it is. The frequent low, ominous drones make the player feel more alone than they’ve ever been, and even the more upbeat tracks still manage to create a sense of extreme foreboding. Even during its sonically lightest moments, the music in the game rarely lets the player completely relax. Perhaps the best way to describe Fusion’s soundtrack is “panic-inducing”. It always manages to create a sense of unease, no matter what musical palette is being utilized.

Of course, we can’t talk about Metroid Fusion without acknowledging what is possibly the most memorable part of the game for many players: The encounters with the SA-X.

The SA-X is an X parasite that is mimicking Samus. It is a near-exact replica of the player- except for the fact that the SA-X is much, much stronger than they are. When the player starts out in Fusion, they are incredibly underpowered. The first meeting with the SA-X is unexpected, extremely creepy, and perfectly orchestrated. This happens when the player is simply going about their business, exploring the space station, when all of a sudden, the music stops; everything is still. And then: the sound of slow, echoing footsteps. There is nothing that the player can do but stay hidden, and hold their breath. The player then sees the figure who looks suspiciously like themselves slowly walking down a corridor. The game then zooms in on a face that surely was the inspiration for many childhood (and adult) nightmares:

That’s when we see the empty, white eyes of the SA-X. It’s that first encounter that leaves a significant impact that follows the player for the rest of the game. It’s at that moment that the player realizes the SA-X is always hunting you, always searching for you. This leads to numerous other memorable encounters where the player runs into it and has no choice but to either hide or run away as fast as they can. Samus’ arsenal is no match for the SA-X, and your missiles and beams will bounce right off of it as it continues approaching you, unfazed. Whenever the music stops, and those footsteps are heard, you know that it’s time to stop whatever you were doing and hope that you survive whatever is about to happen. The SA-X actually creates a real sense of terror. The fact that a system as technologically limited as the Game Boy Advance could produce such a distinct feeling is truly something to behold.

It’s been nearly 20 years since Fusion’s release, and it hasn’t aged one bit. This is a game that has so much to offer, and it gives the Game Boy Advance an atmospheric adventure that is rarely seen on a portable console. Its tight gameplay, detailed graphics, horrific atmosphere, and even its well-crafted plotline make this game a memorable one. Metroid Fusion is an all-time classic that has solidified itself as an excellent piece of gaming history and is certainly worth checking out, even in 2021. Thanks for the sweet game, Nintendo.

Editor’s Note: This article was originally published on November 23. 2017.