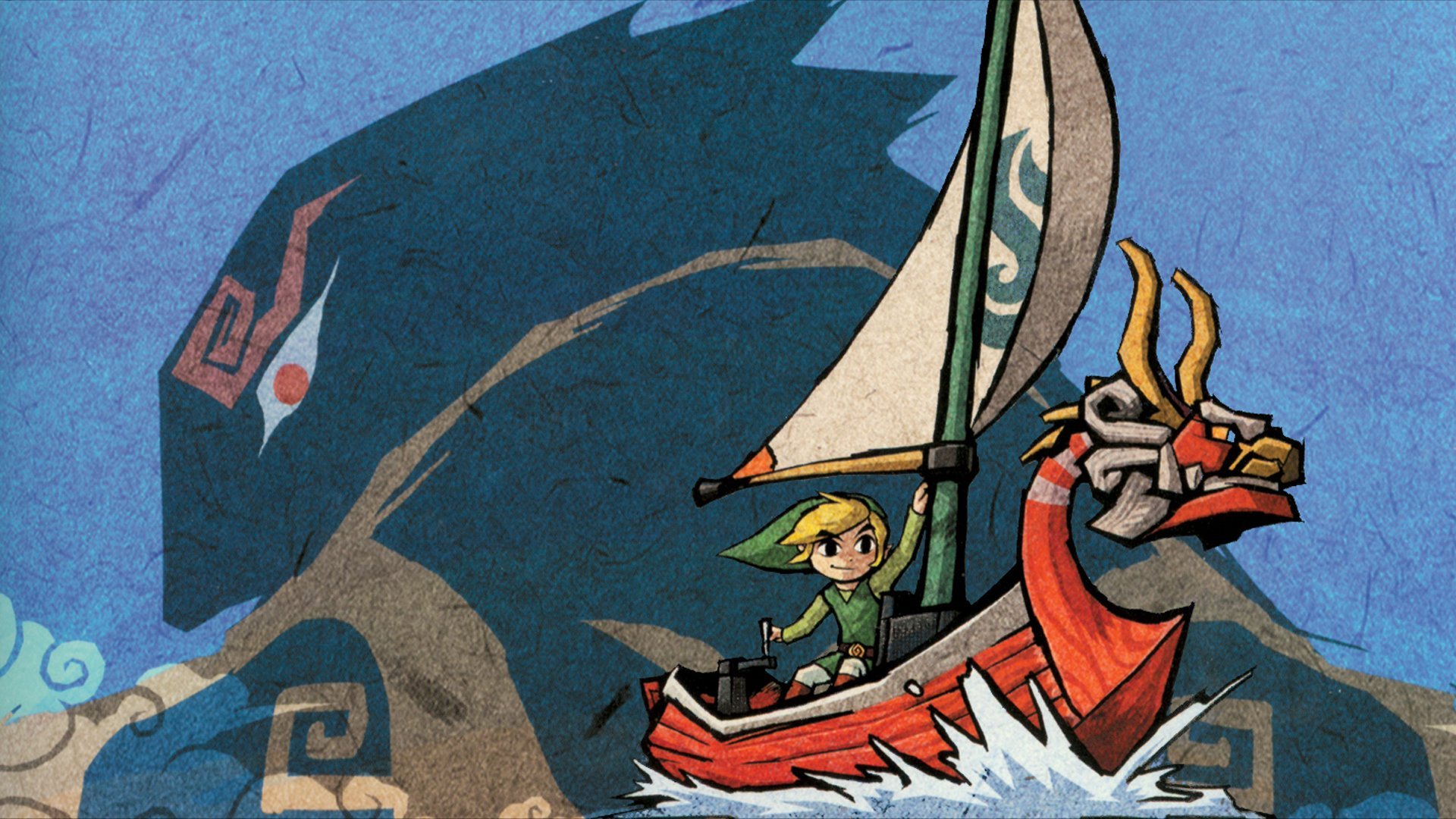 Of all three Zelda sequels up to this point, only Majora’s Mask uses its status as a direct sequel to say or do something meaningful in the context of its predecessor. Characters, concepts, mechanics, and themes from Ocarina of Time are all brought back to be expanded upon, subverted, or toyed with in Majora’s Mask. At the same time, Majora’s Mask crafts an identity of its own independent of its sister game. In that sense, it manages to become a unique entry in The Legend of Zelda franchise in the same vein as Zelda II or Link’s Awakening while also redefining what it means to be a Zelda sequel.

Moving forward with the franchise, it is only natural, then, that Nintendo utilizes Majora’s Mask format as a base for future direct sequels. Although The Wind Waker is not a sequel in the same way The Adventure of Link, Link’s Awakening, and Majora’s Mask were- featuring a brand new Link with no ties to the previous protagonists- it still works as a direct sequel in that its narrative relies heavily on context established in Ocarina of Time. Interestingly, yet perhaps fittingly given Nintendo’s apparent desire to consistently reinvent the series, immediately rejects Majora’s Mask’s chronology-friendly formula in favor of a new approach for Zelda sequels.

Prior to The Wind Waker, placing The Legend of Zelda into a linear chronology was rather simple. Although Ocarina of Time’s ending implied that there were two concurrent timelines in the series- the future Link left behind and the past he returned to- Majora’s Mask took place in the former whereas the Oracle duology presumably took place after Link’s Awakening while Four Swords positioned itself somewhere in the series’ deep past, implying Ocarina of Time’s future would remain just that. Of course, this idea was shattered immediately by The Wind Waker’s opening narration which explicitly placed the game in the future timeline, which the Hero of Time abandoned at the end of Ocarina.

As only the tenth entry in a series whose narrative was still fairly easy to follow, it seems odd Nintendo would deliberately position The Wind Waker away from every game in the series sans Ocarina of Time, but, like Majora’s Mask, The Wind Waker uses its 3D predecessor as a means of meaningful point. Rather than following up on gameplay or narrative concepts introduced in Ocarina, however, The Wind Waker uses OoT’s core plot as a means of influencing its own. The Hero of Time and Hyrule are both gone, and they should stay gone.

At its core, The Wind Waker is a story about moving on from the past and embracing new possibilities. In this regard, The Wind Waker doesn’t actually reject Majora’s Mask’s formula at all when examined more closely. The game may not fit in the series’ previously linear chronology, but MM’s status as a sequel was never about connecting games together in a chronological sense. Rather, it served to give sequels deeper meaning. As a sequel to Ocarina of Time, The Wind Waker’s narrative is all the more impactful. It would certainly be possible for TWW to tell a compelling story about moving on from the past within its own context, but using a familiar and beloved base such as Ocarina of Time allows for The Wind Waker to gives its message added poignancy.

Right from the outset before Outset is even introduced, The Wind Waker’s opening narration exists to dismantle a romanticized idea of Ocarina of Time. Ganon breaks free from his seal; the Hero of Time never returns to save the day; and the Goddesses flood Hyrule, wiping the slate clean for The Legend of Zelda. By the time the story begins proper, the only remaining relics of this era are the Triforce on Link’s family shield and the ceremonial green tunic the men of his island wear on the day they reach adulthood. It can be further presumed by Link and Tetra’s reactions, or lack thereof, to Daphnes’ exposition dump shortly before the Princess Zelda reveal that Hyrule as a historical construct has failed to persist as little more than a perceived legend.

The idea of a forgotten Hyrule is pushed even further via The Wind Waker’s designs and aesthetic. Cartoony visuals mixed with a blocky color palette work to create distance between Ocarina of Time’s Hyrule and The Wind Waker’s Great Sea. They are fundamentally separate worlds that embody radically different tones. Where the former embodies a more traditionally epic atmosphere, the latter takes a more subdued and jovial approach. The Great Sea isn’t weighed down by Hyrule’s baggage and The Wind Waker’s art style reflects that.

There’s a general unfamiliarity with the Great Sea that seems to embody the narrative’s core theme. Instead of playing music, Link conducts it; Windfall Island, the Kakariko Village analogue, is barely recognizable as such; the nautical Zora have been replaced by the aerial Rito; the once humanoid Kokiri have evolved into the Deku-esque Korok; and the half a dozen or so remaining Goron travel the Great Sea as merchants with seemingly no place to call home. Even the Goron, who have remained visually untouched, now wear clothing to further distance themselves from Ocarina’s Hyrule. Underneath the Great Sea’s cutesy aesthetic is an utter loss of culture. The Great Sea has moved on from Hyrule.

Although the opening narration, and the general design of the Great Sea, reflect a land that has moved on from Hyrule, it isn’t until shortly before the halfway point- where Link pulls out the Master Sword- that the story begins to embrace its core theme more prominently. It is around this time where Link finally comes face to face with Ganondorf and the King of Red Lion’s surrogate: the former king of Hyrule, Daphnes Nohansen Hyrule. Likely intentionally, Ganondorf and Daphnes are both visually larger and wider than any other humanoid characters in the game, giving the impression that they’re not only larger-than-life figures but from a larger-than-life land.

Their motivations run concurrent to one another yet contradict ideologically where it matters most. Both have the world’s best interest in mind, but Ganondorf’s world is Hyrule- a land forgotten by time- whereas Daphnes’ world is the Great Sea- a new land he cannot call home but personally wishes to see flourish in spite of that. The former wants to return to the way things were while the latter understands that Hyrule as a construct has no place in the modern world.

It cannot be taken for granted just how meaningful it is for Ganondorf, the series’ principal antagonist, to be the one clamoring for Hyrule’s return. Never before has the character been more sympathetic than he is during the events of The Wind Waker. Calm, introspective, and vulnerable, it is easy to see why Ganondorf does what he does. Of course, he’s still quite villainous and commits quite a few atrocities over the course of the game’s backstory, but he also brings up several good points. Why were the Gerudo allowed to suffer when the rest of Hyrule prospered? Why aren’t the Goddesses held under scrutiny for flooding Hyrule purely to spite Ganon?

Even stripped away of all context, Ganondorf’s goal is heroic in its own right: restore Hyrule. It goes without saying that he wants to rule the Kingdom and said rule likely would not be pleasant, but his motivation is nonetheless to restore a world that met a premature and needless end. Audiences would think nothing of it if Ganondorf’s and Daphnes’ motivations were reversed. They aren’t reversed, however, and this is exactly what elevates The Wind Waker’s story to new heights. As noble as it is to want to revive a familiar and beloved land, it is all the more nobler to leave the past behind in order to move forward.

As Hyrule is flooded one last time in The Wind Waker’s climax, both Ganondorf and Daphnes are left behind to drown with their kingdom. The former by force, the latter by choice. Ganondorf’s end lacks dignity. Impaled by the Master Sword one last time, his body turns to stone and is forced to become a literal relic of a forgotten kingdom. Daphnes’ death, on the other hand, is dignified. He chooses to stay behind, watching Link and Tetra float above to a new world that isn’t weighed down by Hyrule’s chains. At the same time, The Wind Waker does not romanticize his death. Daphnes was a flawed man and a flawed king in large part due to the inherently flawed nature of Hyrule. In committing what is ostensibly suicide, Daphnes ensures Hyrule’s influence does not taint the Great Sea.

There is a feeling of genuine finality to The Wind Waker that no Zelda before or after has managed to emulate. The story, while tonally lighter, is quite dark and conclusive; the Ocarina of Time references exist to be broken down; and the final battle between Link and Ganondorf ends with the latter killed for what earnestly appears to be the final time. As the tenth game in the series, it feels almost appropriate for Nintendo to tell audiences that it is time to say goodbye to Hyrule. This isn’t to say the adventures have to end, just that they need to move on and refrain from reflecting too deeply on the past. As Link and Tetra sail off to unknown lands, players are left to wonder what new adventures await thems, in and around The Legend of Zelda.