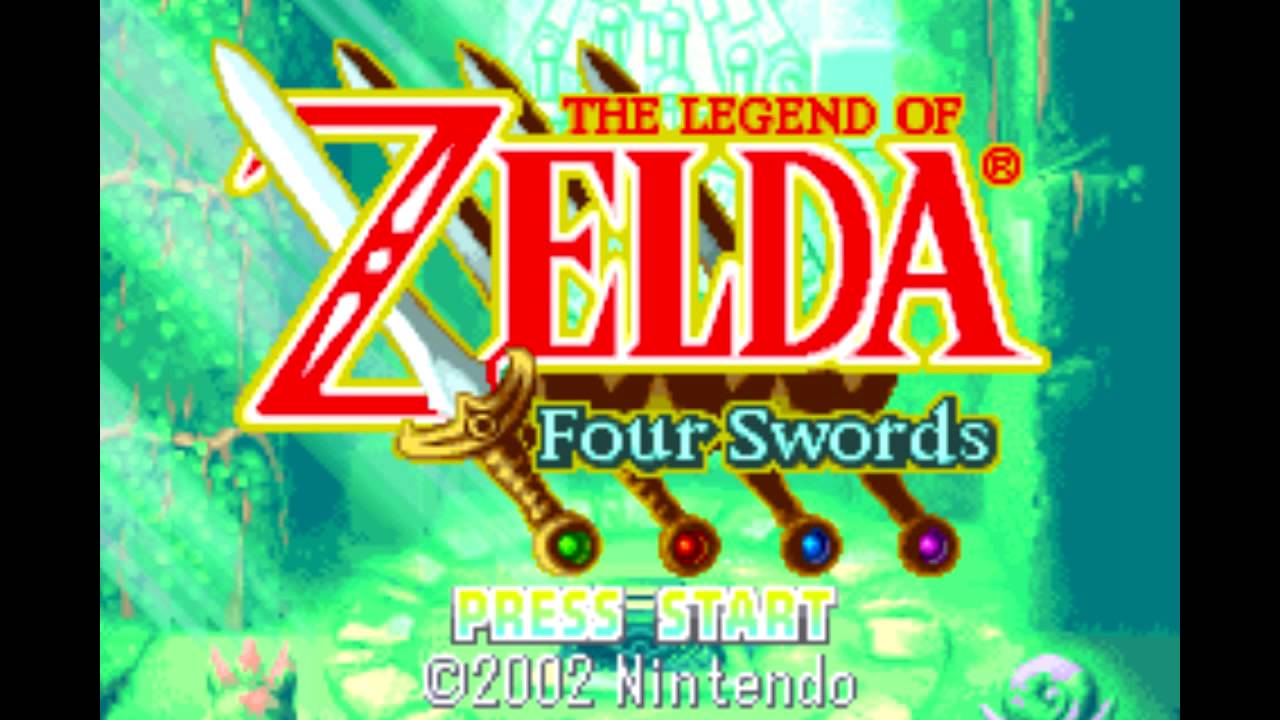 Originally bundled on the same cartridge as the Game Boy Advance’s port of A Link to the Past, Four Swords marked The Legend of Zelda’s first foray into the multiplayer format. Adding a brand new multiplayer title onto a port of one of the most prolific games in the franchise was a genius move on Nintendo’s part, both for pushing more copies of A Link to the Past and ensuring Four Swords got the love it deserved. It was a conceptual win-win that gave fans something new and something old all in one brilliant burst. Unfortunately, in what would become a trend for the game over the years, Nintendo failed to ensure an accessible way of enjoying Four Swords’ content.

More likely than not, the majority of fans who have played A Link to the Past’s Game Boy Advance port have only managed to play through the ALttP half of the cartridge. Although it’s possible to boot up Four Swords alone, the game itself locks players out unless they’re connected to another Game Boy Advance with a copy of A Link to the Past that’s also gearing up to play Four Swords. Granted, it makes sense that a multiplayer mode would be exclusively multiplayer, but it’s worth considering the fact that Four Swords isn’t just some two player offshoot of A Link to the Past. It’s a full fledged Zelda game that’s considered to be the ninth main entry in the series.

With the title acting a major part of the franchise’s canon, Four Swords’ forced exclusivity comes off far worse. Playing through the game in its original format requires a minimum of: two Game Boy Advances, two copies of A Link to the Past, one link cable, one friend, and four hours. Keep in mind that this is just the minimum. To play with more than two people requires yet another link cable, and it’s entirely possible for the adventure to last longer than four hours requiring setting aside quite a bit of time just to get through Four Swords comfortably.

If missing out on a mainline Zelda wasn’t enough, Four Swords adds insult to injury by locking players who can’t reliably access multiplayer out of exclusive content for A Link to the Past. Playing through Four Swords unlocks: a brand new dungeon, revamped boss fights, an all new boss fight, an extended ending sequence, a new quest, a powered up version of Link’s Spin Attack, and a Quest Log which allows players to examine miscellaneous statistics based off their playthrough of A Link to the Past. There are simply too many benefits to playing Four Swords where the GBA version of A Link to the Past feels incomplete without reliable access to it.

Although it doesn’t remedy the issue of A Link to the Past’s exclusive Four Swords related content, Nintendo did rerelease the game for the Nintendo DSi under the moniker Four Swords Anniversary Edition in commemoration of the series 25th anniversary back in 2011. This time around, however, Nintendo added a single player mode with revamped mechanics to allow puzzles to be completed with just one physical person. Along with new content developed for the Anniversary Edition, FSAE quickly solidified itself as the definitive version of Four Swords. Until Nintendo pulled it from the eShop, that is.

The game was only available for download from September 28, 2011 to February 20, 2012. In less than half a year, Nintendo pulled the only reliable way of experience Four Swords rendering the title, once again, too exclusive for its own good. To make matters worse, the sheer obscurity of the Anniversary Edition makes its lack of online compatibility all the more frustrating. While the Game Boy Advance release of the game demanded quite a bit from the player, it has never been particularly difficult to get ahold of a copy of A Link to the Past and Four Swords.

Four Swords Anniversary Edition, on the other hand, is currently unavailable for download on any format. This means that the Anniversary Edition essentially has the opposite problem the original release had. GBA Four Swords made single player impossible whereas the DSi version’s limited run essentially created a situation where multiplayer requires multiple persons having downloaded the game during its brief period on the eShop and kept it on their DSi over the years.

It is worth mentioning that Nintendo of America did rerelease the Anniversary Edition on the 3DS in early 2014, but only for four days. Although this limited run is easily the worst of the bunch, the 3DS is at least a handheld with reliable online and Wi-Fi capabilities meaning there’s no logical reason for Four Swords to lack online multiplayer so long as it’s on the 3DS. Of course, as is perhaps to be expected, the 3DS rerelease is just the DSi version meaning it still lacks online multiplayer.

Playing Four Swords on the Game Boy Advance was already difficult and each rerelease has been worse than the last in terms of making the game accessible. Nintendo moved one step forward with the DSi update, adding in a single player mode, but took two steps back by pulling the game from the eShop and making multiplayer exclusively local. The brief, North American exclusive rerelease was a chance to remedy these issues, but it ended up featuring the most limited release of all.

As it currently stands, there is no reliable way of the playing the ninth major entry in The Legend of Zelda franchise. From its original release back in 2002, time has only been cruel to Four Swords. All attempts at making it more accessible have resulted in it becoming more obscure than ever before. The rare few will be able to gather a group to play on the Game Boy Advance; the rarer will simply play through the single player campaign on their ownsome; and the rarest will inexplicably be able to procure at least one other person who owns the Anniversary Edition. For the rest of the world, though, Four Swords is little more than a piece of Zelda history waiting to be forgotten due to forced exclusivity and obscurity.