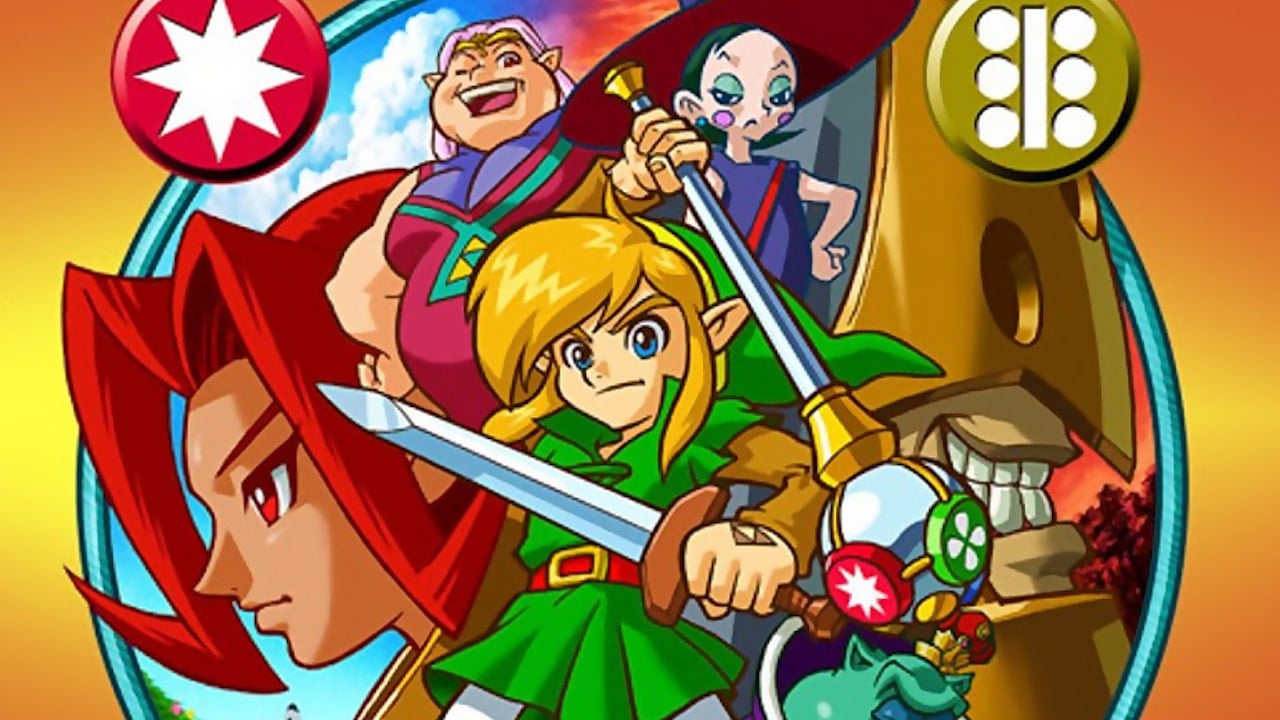 Released simultaneously for the Game Boy Color, Oracle of Ages and Oracle of Seasons marked the first of Capcom’s three forays into The Legend of Zelda franchise. Pitched to series creator Shigeru Miyamoto as a simple remake of the original Legend of Zelda, Capcom’s Zelda project went through several iterations before finally settling on the Oracle duology. From a single remake, to six games, to a trilogy focusing on the Triforce’s three attributes, it’s ultimately for the best Capcom settled on two games. As exciting as the coveted third Oracle game might have been, Oracle of Ages and Oracle of Seasons play off each other far too well to accommodate a third entry. It’s not that the two games link up to one another, however, that makes a third Oracle unwieldy. Rather, it’s the fact that Oracle of Ages and Oracle of Seasons represent the two most important design elements of The Legend of Zelda respectively: puzzle solving and action.

In a way, the Oracle duology is a victory lap for 2D Zelda. After two back to back 3D entries on the Nintendo 64, OoA and OoS sought to bring the franchise back to its roots by emphasizing the design philosophy of The Legend of Zelda in a concise, cohesive manner. In a move that almost seems conceptually disastrous, each game prioritizes one key aspect of Zelda’s game design in order to flesh them out to the fullest. Oracle of Ages features some of the most challenging and thought provoking dungeons in the series, putting puzzle solving above all else; while OoS gives priority to enemy design, memorable boss fights, and offering Link the most combat items he’s had in a 2D title since A Link to the Past.

The only way a third Oracle game could exist would be for it to focus on The Legend of Zelda’s narrative side, but the series hadn’t embraced storytelling fully by this point yet despite Ocarina of Time and Majora’s Mask offering compelling narratives. Even then, not every Zelda games needs a strong plot, but every Zelda game does need strong puzzles and action. In that sense, the Oracle duology pushes the franchise’s design elements to the test, shaping them out over the course of an entire game with little to no distractions. Such a philosophy, while sound and novel, does bring with it issues, however. Specifically, the fact that each Oracle game features a key weakness to accompany their key strength.

Interestingly, Oracle of Ages suffers far less for its weaknesses than Oracle of Seasons does. In response to focusing less on action, bosses take a more 3D based approach where dungeon items end up playing major roles in their defeat. As a result, OoA comes off more emulating the 3D approach while simply happening to have above average dungeons instead of just prioritizing puzzle solving over action. It is worth mentioning that action isn’t nearly as engaging outside of the dungeon boss fights – sporting less enemy variety than Seasons – so it isn’t as if OoA is flawless in that respect, but it handles its weakness far better than its sister game.

It’s only natural that, in a game dedicated to showing off the series’ combat, Oracle of Seasons ends up with some of the most engaging mini-bosses, boss fights, and battle set pieces as far as 2D Zelda games are concerned. At its best, OoS pushes Link’s swordplay to the absolute limits without adding much to the core battle mechanics. Unfortunately, this does result in fairly linear dungeons that go easy on the puzzle solving. Linearity is by no means bad on its own – some of the best dungeons in the franchise are linear – but Seasons features nothing to offset its simple puzzle design.

It certainly doesn’t help Oracle of Seasons’ case that it lifts quite heavily from the original Legend of Zelda. Six of OoS’ eight major dungeon bosses are lifted directly from The Legend of Zelda. While they’re all updated to better test Link’s combat abilities, they’re not nearly as memorable or engaging as Ages’ puzzle based boss fights. With the Zelda 1 influence in mind, it’s also worth mentioning how OoS’s approach to dungeon design is very much rooted in the first game with a distinct lack of clever or memorable puzzles in favor of more traditional dungeoneering.

This isn’t to say Oracle of Seasons is completely inferior to Oracle of Ages, however. While Ages is easily the more polished of the two games, it lacks the same flow of Seasons. OoS is a game that, by virtue of its action packed nature, is able to move from beat to beat at a brisk pace without bogging the player down with too many time consuming puzzles or side quests. Oracle of Ages is a more fulfilling experience, demanding more from the player, but Oracle of Seasons stands out for being easy to pick up and play without expecting too much from its audience.

On top of that, Oracle of Seasons features a far better difficulty curve where it gradually ups the stakes as far as combat is concerned. Although Oracle of Ages does the same for its puzzles, such a curve doesn’t translate nearly as well since puzzle solving isn’t a skill The Legend of Zelda builds up in the same way it builds the necessary reflexes for action. A difficult dungeon can roadblock a playthrough far easier than a difficult boss fight. There’s also the fact that puzzle design doesn’t have a natural linear curve for difficulty in the same way bosses do. Puzzles can be made more complicated, but that complexity doesn’t always translate to a harder difficulty. Compared to Seasons’ steady curve leading up to Onox, Ages feels scattered, and almost unforgiving, in how it approaches difficulty.

It would be easy to say that Oracle of Seasons is designed for series newcomers while Oracle of Ages is made for veterans in mind given their respective flaws, but that doesn’t paint an honest picture of the Oracle duology. Even though they were released as two separate games, and can be played as such, they’re very much two halves of the same game. OoA and OoS are meant to be played back to back. This doesn’t suddenly erase their weaknesses, but it does shine light on why they’re featured so prominently.

Even if Ages comes out far more polished than Seasons, there needs to be a natural give and take when it comes to game design on this level. Capcom took a massive risk in splitting up The Legend of Zelda’s two main gameplay elements into two separate adventures, but each Oracle game acts as a compact example of what these aspects mean in the context of the franchise, faults and all. The fact they’re two parts of a grander adventure simply allows players to better zone in on the inner workings of puzzles and combat in Zelda.

Oracle of Ages paints a picture of a Zelda where dungeons genuinely challenge the player, halting them in their tracks until they solve the brain teasers in their path. Oracle of Seasons gives love to the series’ ever present action side, giving players new tools to play around with and throwing enemies at them to test their abilities. The Oracle duology is representative of what it means to be a Legend of Zelda game.

Above all else, what makes Oracle of Ages and Oracle of Seasons such an interesting pair of games is the fact that it shows how The Legend of Zelda was still willing to experiment after having found a sweet spot with Ocarina of Time’s 3D gameplay. Instead of mimicking previous 2D installments, Capcom took a bold approach and developed one of the most unique experiences in the franchise. From its inception as a remake to losing its shot at being a trilogy, The Legend of Zelda is better off for having such a strong duology in its roster; If only to give fans a thorough look at the potential lurking within the series’ core design philosophy.