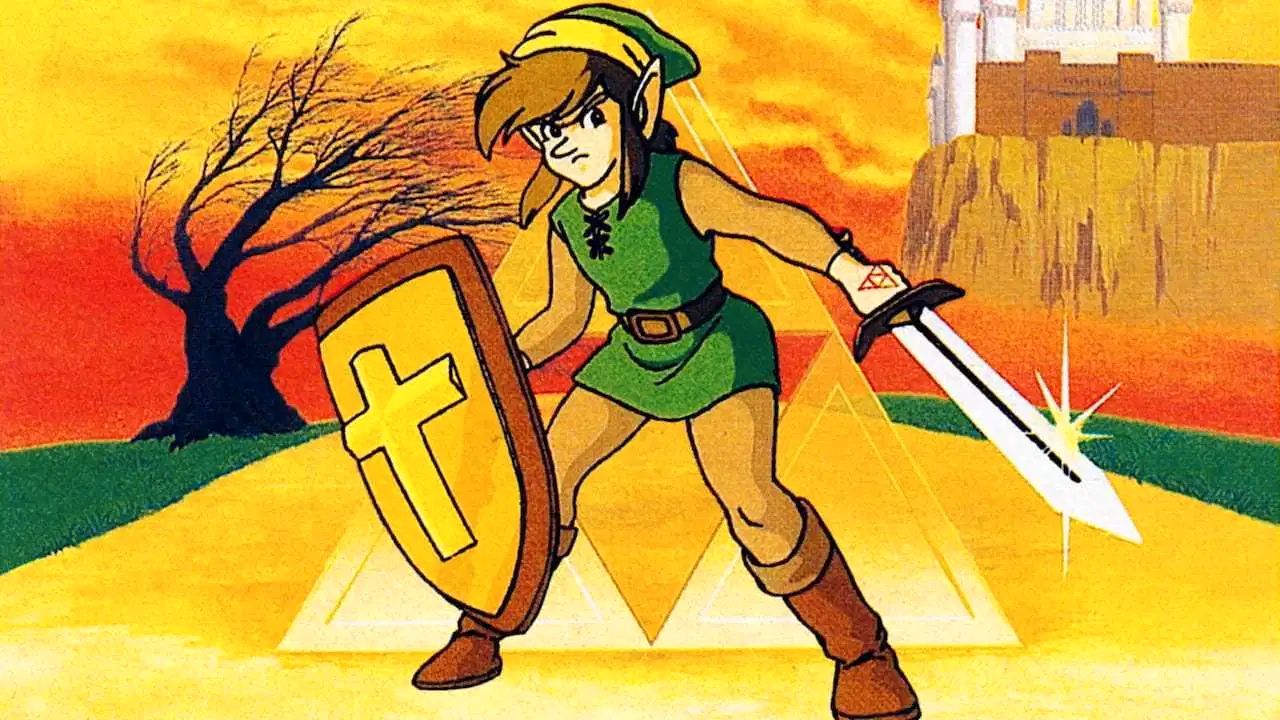 No one can, or should deny that Zelda II: The Adventure of Link’s status as the franchise’s black sheep is anything less than well deserved. It’s a sidescroller, features virtually no puzzles, and places a heavy emphasis on combat. Were it not for the music and general aesthetic of the game, The Adventure of Link would be totally unrecognizable as a proper entry in The Legend of Zelda series. As warranted as Zelda II’s legacy is, however, it is nonetheless worth remembering that “black sheep” does not equate to “bad.” While Zelda II: The Adventure of Link is undeniably a disappointing sequel coming off the heels of The Legend of Zelda, it’s not without one key aspect it can lord over its predecessor: the combat.

It’s not hard to overlook just how solid Zelda II’s combat is, all things considered. The Adventure of Link is a game that suffers immensely from a ridiculous difficulty curve and an awkward sense of progression. It’s easy to get lost or outright blocked in the second half since just about every single upgrade Link can get is required to complete the game. Tossing in how convoluted and out of the way some are to obtain, Zelda II naturally develops a stigma for itself where its best element ends up obscured by its worst. When sitting down and actually taking a long look at the core gameplay, though, it becomes abundantly clear just how close to greatness The Adventure of Link actually was.

As far as action RPGs go, Zelda II might genuinely be the best the NES has to offer, at least from a mechanical perspective. There’s a fluidity to Link’s movement that gives combat a smooth flow when maneuvering in and out of attacking. Link’s short sword jab requires him to get relatively close to enemies for his hits to connect, but how he moves effectively makes this a non-issue. The controls are responsive enough where Link can reliably get out of danger the moment he’s confronted with it. Having a natural jump also adds in a layer of verticality to combat where Link will occasionally be tasked with weaving up and down to either do damage or avoid it.

Zelda II’s battle scenes shine most when putting players into situations where enemies are coming from all sides. Combat is inherently skill-based to the point where fast reflexes will be the difference between life and death in the last few Palaces. There are several screens where projectiles fire at Link while he’s expected to fight an enemy at close range. Such a situation inevitably hands the player with three core tasks: dodge by jumping, block by positioning Link so his shield will take out projectiles or enemy attacks, and take out whatever is blocking the way. These moments can be stressful, and at times overwhelming, but they’re used to help players hone their skills.

One would expect bosses to be the best display of Zelda II’s combat, but that honor belongs to the many Iron Knuckles sprinkled throughout the game. Just about the same size of Link with the same moveset, fights with Iron Knuckles typically involve Link needing to get up close and alternate between ducking and standing up in order to get a clean hit in while also dodging a relentless barrage of sword stabs. Fights against Iron Knuckles are consistently fast and punishing. Impatient or slow players will no doubt find their health bars drained during every encounter should they not take the time to sit down and master the combat.

Considering the era of context of its release, it’s quite interesting just how demanding The Adventure of Link’s combat is. Games in the third generation are certainly known for being difficult, but much of Zelda II’s difficulty stems from an almost unrealistic expected amount of skill. This isn’t to say that games from this era weren’t hard because they required skill, but rather that The Adventure of Link ultimately necessitates a legitimate mastery in order to be completed. This is not a game that can be cheated. Even fully leveling up Link does little as the last two Palaces take every opportunity to test the player’s skills.

Since combat is often relentless, it’s easy to only see it for its difficulty. When every other room ends up in a one-on-one showdown that can tear through Link’s health bar, whether or not the combat is actually well designed hardly matters. In a bubble, Zelda II’s action is downright incredible thanks to Link’s fluid controls and ability to dodge or block just about anything, but mechanics do not exist in bubbles. They are simply a single part of a larger product. The Adventure of Link’s combat is well designed, well thought out, and far more responsive than it has any right being, but it’s also bogged down by level design that makes the combat come off poorly paced and derivative.

It might come off counterintuitive, but there is a good reason The Adventure of Link’s combat doesn’t get the credit it deserves: the level design works against it, and not in favor of it. It’s overlooked because the overall presentation of the game doesn’t emphasize well. Combat is frequent, but seldom as satisfying as it is at its best. Link is so pathetically fragile starting out that the average player only gets used to the combat on their first playthrough around the time the game’s difficulty spikes. Zelda II is paced with a veteran in mind which, in turn, leaves very few veterans to replay the game since the majority of fans who tackle the game never seem to actually finish it.

In regards to level design, the early palaces actually do a fairly good job at throwing enemies at Link. The first two in particular do a good job at trying to instill a natural rhythm into the player’s combat style with just enough Iron Knuckles to pose a threat without dipping into overwhelming territories. The idea is to slowly teach players how to handle one on one battle situations by forcing them to get up close against enemies who fight like Link. If an Iron Knuckle can block a sword strike, so can Link. The third and fourth dungeons see a bit of a spike, but their issues stem from Link needing to find seemingly optional upgrades to proceed.

The downward slash and upward slash are two of Link’s more valuable upgrades in the game. Since Zelda II has a natural verticality to it, it’s only natural Link be able to strike directly below and directly above. They’re even mapped quite cleverly on the controller, simply requiring the player hold up or down while jumping. The lack of a dedicated button allows combat to continue to flow smoothly. Unfortunately, Link has to learn both abilities by visiting two separate towns. While learning new moves is only natural for an action game, it actually works to the detriment of The Adventure of Link.

Not only are both techniques required for progression, potentially road blocking players in Palaces, they’re simply built-in too naturally into Link’s control scheme to justify being upgrades. They should have been a part of his arsenal from the very start. The early game does not benefit from Link not having these moves. Rather, it actively suffers even more in hindsight. The beginning is already so hard, but these two techniques could have gone a long way in making the experience all the more bearable. Link having them early on wouldn’t fix the many design issues at play, but it would give players more time to develop a play style with all the tools at their disposal. There’s already an upgrade system via magic, after all. There’s no logical reason for Link’s swordplay to be hindered.

When it comes down to it, Link simply does not have enough at his disposal early on meaning that many players will never get to the part of the game where the combat really starts to open up and feel rewarding. The Adventure of Link’s combat is actually good, all that said, but it’s trapped in the wrong game. There’s nothing wrong with brutal difficulty and, with a guide, it’s easy enough to temper the game’s more frustrating aspects, but what matters is how the actual game design approaches the balance between the combat and difficulty, and Zelda II isn’t about to win any praise when it comes to design or balance.

There’s a good reason Shigeru Miyamoto famously said he “could have done more” with Zelda II; it does not feel like a fully realized game. There’s one component that, in the right and rare context, feels truly incredible. Then there’s everything else. Perhaps Miyamoto’s vision for The Adventure of Link never saw the combat truly taking center stage, but that is the key feature that shines brightest. When the rest of the game doesn’t seem to want to work in benefit of its greatest strength, however, the experience as a whole begins to suffer. If there’s anything worth taking away from Zelda II: The Adventure of Link, it’s that good gameplay is nothing without good game design.