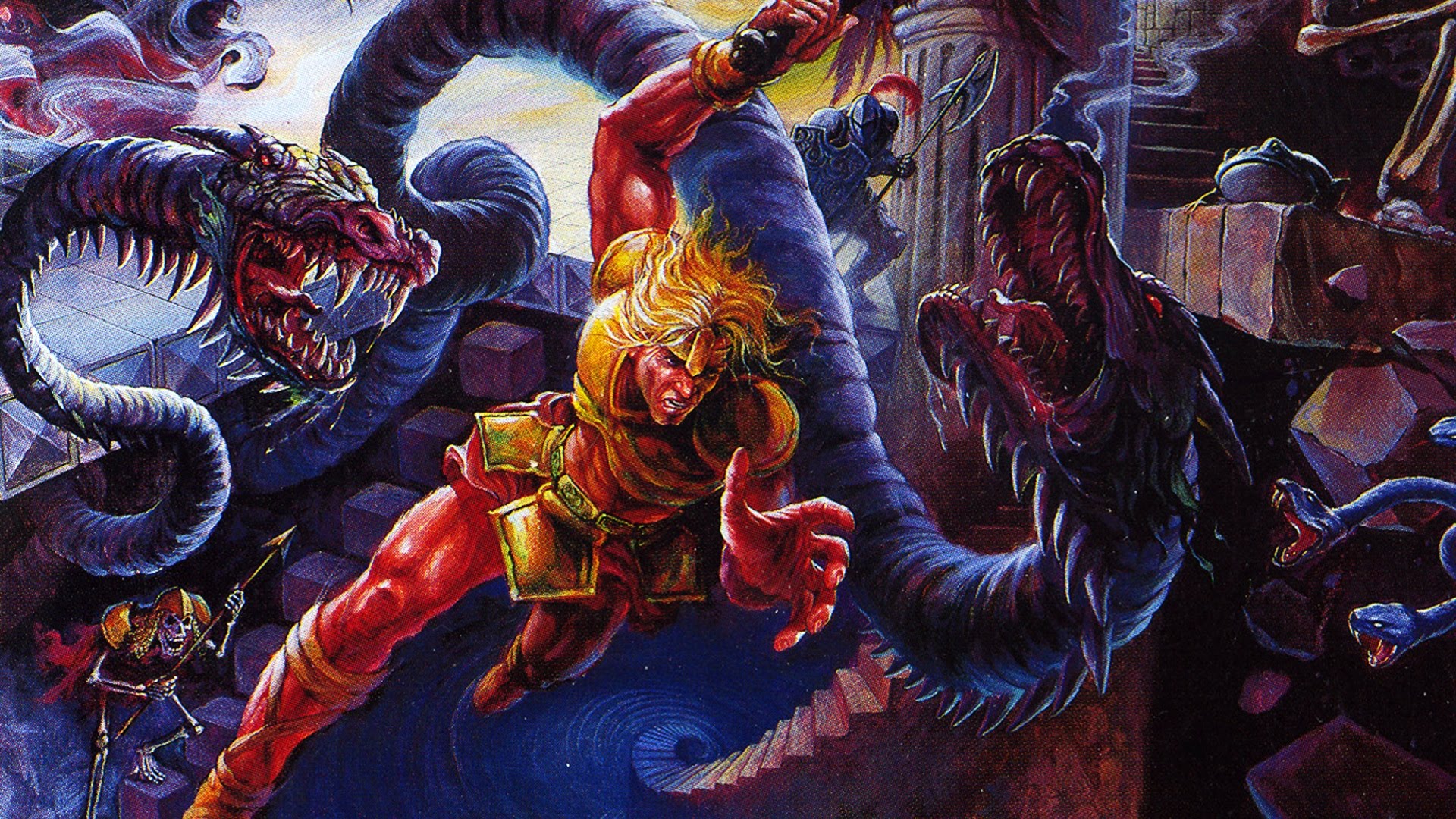 Fog settles in on a lone grave as a bolt of lightning heralds the resurrection of Count Dracula. It’s an all too familiar song and dance, but Masanori Adachi & Taro Kudo’s chilling “Prologue” promises a darker Castlevania altogether. The opening is little more than text on the screen, but Super Castlevania IV’s soundtrack establishes a haunting atmosphere within seconds. Dracula is back. The series has always had a knack for classy presentation, but Super Castlevania IV is a different beast entirely, taking advantage of the Super Nintendo in a way few games knew how to in 1991. There’s a reason the game shares the same title as the 1986 original in Japan: Akumajou Dracula. Super Castlevania IV is the definitive Castlevania experience.

Virtually every Castlevania sequel sticks to the foundation of the first game set, but Super Castlevania IV is the only one of the classic era entries to evolve the series’ core mechanics. Games like Bloodlines and Rondo of Blood have their own quirks and quality of life additions, but they play out like well-refined versions of Castlevania III rather than sequels that push the series forward. Neither game suffers from this approach, but neither game strays too far from what series veterans would expect. That’s naturally why fans like these games, but it’s hard to deny how similar most classic Castlevania games are. In aesthetic, tone, and even through the core gameplay loop.

Super Castlevania IV doesn’t offer something different, but it presents itself as a logical logical leap forward from the NES Castlevania games. Simon is faster than any of his NES predecessors; the controls are more fluid, so jumps are no longer so rigid and do or die; and Omni-directional whipping fundamentally changes the moment-to-moment gameplay. The transition from 8-bit to 16-bit didn’t just mark an important graphical overhaul for games. With the Super Famicom’s cutting-edge technology, developers could afford to add more mechanical depth to their games.

Giving players full control of the whip is the natural next step for Castlevania’s combat, but it’s one that has a domino effect on level design, enemy placement, and the difficulty curve. The NES games were slow due to their limited move sets, but stages were designed around those limitations, bringing everything together in the end. Removing these movement restrictions inherently makes Super Castlevania IV easier. Simon’s omnidirectional whipping ensures that players can cover their bases at all times. Perceptive and proactive players can even use the whip’s range to kill enemies before they ever become threats. Of the first four mainline games, Super Castlevania IV is the easiest of the lot.

Easiest doesn’t mean easy, though, and reduced difficulty stemming from greater mechanical depth is hardly a bad thing. Since the whip is no longer locked in one direction, players can afford to indulge in the action more. Patience and attention to detail are still important aspects of the gameplay loop, but Simon can keep enemies at bay from any direction. There’s so much at Simon’s disposal that anyone with a keen eye will keep themselves alive, and often comfortably. At the same time, Super Castlevania IV does up its difficulty considerably as soon as Simon enters Dracula’s Castle, and anyone who hasn’t grasped the controls by then is sure to suffer.

There’s a difficulty spike between Stages II and IV, but it’s completely manageable. V doesn’t even feature a boss, instead being a relatively calm stroll to Dracula’s front door. These first five stages almost serve as a practice of sorts. Stage IV’s rotating room forces players to learn how to hang with the whip but creates a warzone of Medusa Heads where the only way out is either having perfect timing with the whip or learning how to properly flail it. By the time Simon enters Dracula’s Castle, players should naturally know their way around their Vampire Killer.

From Stage VI until the end of the game, Super Castlevania IV dedicates itself to testing the limits of both omnidirectional whipping and Simon’s new fluidity. Mainly through clever enemy placement, stages wind up methodical, action-packed vignettes where players can afford to get creative with how they approach the forces of Darkness. A skeleton throws a bone at Simon, but one player chooses to block and flail their whip, while the other jumps, diagonally whipping into the bone and the skeleton. Timid players might take Axe Armors one strike at a time, whereas more aggressive ones can afford to get in their face, knowing they can take advantage of the whip’s defensive capabilities within seconds.

Enemies are naturally more persistent to keep up with Simon’s deeply expanded skill set, but the enemy design is nothing compared to the level design. Super Castlevania IV’s stages are wildly creative, taking as much advantage of the Super Nintendo’s hardware as possible. Between Mode 7 dynamically moving the background and skeletons popping out of the background into the foreground, there’s so much going on visually in any given stage. Better yet, some of the most graphically impressive moments are fully interactive. Stage VI has Simon jumping from chandelier to chandelier as they sway back and forth. It’s thrilling platforming and visually one of the more impressive sights in a Super Nintendo game.

Hanging doesn’t come up too often, but Simon can whip and hold onto hooks in order to hang from them. Players can then toggle Simon’s height from the ground and move him back and forth in order to build momentum for a jump. The few times hooks do turn their hand, they offer unique gameplay challenges, depriving players of their whip in often already dangerous areas. In general, Super Castlevania IV builds tension incredibly well, not only preserving the series’ tone, but enhancing it in every respect.

Despite being the most action-oriented of the pre-Symphony of the Night games, Super Castlevania IV is the most atmospherically mature Castlevania there is. The music and visuals are paired so beautifully together, every single stage is dripping in pure ambiance. There are flickers of horror to unsettle the player. Detailed sprite work and backgrounds combine to make this rendition of Dracula’s Castle the most immersive there is. Simon’s quest is all visual, telling a story from stage to stage, all culminating in the fight battle against Count Dracula. Simon’s Theme kicks in one last time and a game with no dialogue whatsoever manages to craft an arc for itself through atmosphere and music alone. Dracula came back. But so did Simon Belmont.

For the first time in the franchise’s history, Castlevania captures the epic scope of the eternal feud between the Belmont clan and Count Dracula. Super Castlevania IV gives players the chance to feel powerful in a way other Castlevanias don’t. Simon is the uber-Belmont, capable of whipping in any direction and never needing to commit to his jumps. As strong as he is, though, the levels don’t go easy. It doesn’t go all out, but stages offer sensible challenges that never demand too much. SCIV errs on the easy side, but that just makes playing through the game consistently comfortable. A reasonable challenge is all a game needs to offer sometimes.

Super Castlevania IV is a more action-oriented game than any other classic Castlevania, but it’s also moodier. Bloodlines and Rondo of Blood are filled to the brim with style, but there’s nothing else that quite looks or feels like SCIV. Had the series not pivoted with Symphony of the Night, it wouldn’t be unreasonable to expect that Super Castlevania IV could be the gold standard all Castlevania games hold themselves up to. It’s a shame omni-directional whipping never returned for any of the mainline games. Julius Belmont’s playstyle in Harmony of Despair is modeled after Simon’s here, but HoD – while fun – is hardly a proper Castlevania experience.

All that means, though, is that Super Castlevania IV remains one of the most unique video games of all time. It’s a rare instance of a franchise truly ironing out all of its edges only to take noticeable – albeit harmless – steps back with subsequent entries. Rondo of Blood is arguably an even better game, but it doesn’t feel as special as SCIV. Super Castlevania IV is just as much a love letter to the franchise as it is the definitive Castlevania experience.