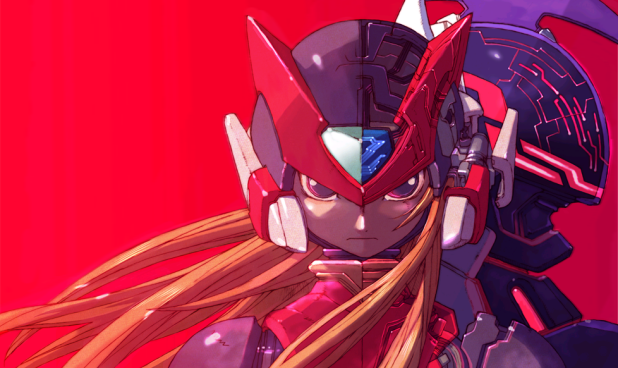 The Game Boy Advance is not only one of the greatest handheld systems of all time, but one of the greatest video game consoles of all time. It took everything players loved about the Gameboy Color and brought it to an entirely new level. From its launch to its sad end, the Game Boy Advance brought about game after game of awesomeness. To celebrate the system’s 15th anniversary, I compiled a list of what I believe is its best games. There are a couple of rules, however: first, only one game per series, and second, no games that were ported from another console. So with that said, here are the Top Ten GBA Games.

What was the best part about Mega Man X? Was it the wall jumping? The upgradable armor? The insanely interesting storyline? No. It was Zero, X’s best friend and rival. Being the leader of a bounty hunting group called the Maverick Hunter’s and having a head of hair straight off the set of a Viking movie, Zero was the definition of cool, especially in the ’90s. Naturally, his popularity gave way to his getting a solo game. Set 100 years after the fifth and final canon Mega Man X game, the game takes place in a world ravaged by a terrible war between humans and Reploids. Zero is awoken by a group of rebels who request his help fighting the now-evil X and bringing peace to the land. The game is extremely hard in parts, with some players even going so far as to call it the hardest in the Mega Man series. As Zero, the player has to slash and blast his way through hordes of enemies on his way to stop the war and save the world. Extremely challenging and equally as fun, Mega Man Zero returns the series to its roots of run-and-gun platforming and high difficulty levels. Not one to be missed. A perfect re-imagining of the JRPG formula, Golden Sun breathes new life into the genre with interesting twists on the traditional turn-based fighting system, amazing graphics, and challenging but doable gameplay. The player takes control of a band of magic users called ‘Adepts’ who have the duty of protecting the world of Weyward from an evil power known as alchemy. The game is one of only a handful that can truly say that all the challenge it offers is rewarded in full by just pure gameplay; it is that fun. Golden Sun really is a callback to the greats, to the time of Chrono Trigger and Secret of Mana. Ever dream of planting crops, milking cows, chopping down trees, or training a dog to go fetch? How about all four? If so, the Harvest Moon series was made for you. Really though, not many people ever thought farming could translate very well into a videogame, but Harvest Moon went above and beyond. In FoMT, the player takes control of a young man who receives a farm after the previous owner leaves it to him in his will. Throughout the game, the player must tend the fields and the animals, expand their home, find and marry a spouse and eventually raise children. Filled with beautiful imagery and fun mini-games, FoMT never makes the player feel as if they are simulating manual labour, which they technically are. It creates a light and joyful atmosphere that wipes out everything monotonous about running a farm. Superstar Saga is a Mario Bros. RPG in the same bloodline as Paper Mario and Super Mario RPG. In the game, Mario and Luigi must travel to the Beanbean Kingdom to battle the evil Cackletta, who has stolen Princess Peach’s voice. Mixing up the traditional turn-based system, the gameplay involves timed attacks and complicated maneuvers. It’s funny and light-hearted, and just an all-around joy to experience. Not much else to say about this simple but intelligent game except you should play it. 6. The Legend of Zelda: The Minish Cap

This entry in the Zelda series is basically Ant-Man, but instead of Paul Rudd we have Link, and instead of a high-tech suit we have a hat. A talking hat. The game is bananas. One would think the introduction of a shrinking technique into a Zelda game would be too drastic of a change, too much of a variation from the norm, but Minish Cap defies the odds and makes it work in an unbelievable and completely unique way. When shrunk down to the size of, well, an ant, an entirely new world is presented to the player. Link to the Past had the dark world, Minish Cap has the tiny world, and like almost every other game in the series, it works. There are also the usual dungeon crawling, boss fights, fun weapons, and challenging puzzles we have begun to expect from a Zelda title, and even in those aspects, this game does not disappoint. Although insanely popular in Japan, the Summon Night series never really got a chance to take off in North America, mainly because of its lack of main-series releases. NA only ever got the spin-off titles of the series (Swordcraft Story being the debut of the entire series in the Americas), but not only did this game surprise fans of the series, but it also surprised almost anyone who played it. It’s amazing, and also amazingly underrated and vastly under-appreciated. Having never really been given a chance, Summon Night has faded into obscurity to the point where if one was to bring it up in casual conversations they would receive confused stares and muttered grunts of “what?” The game has the player take control of either a boy or a girl who is the child of Shintetsu, the Craftlord of Iron. After Shintetsu gives up his life to save his family and the world, the remaining Craftlords hold a tournament to choose the next Craftlord of Iron in Shintetsus place. As his child, the player must enter the tournament and claim his father’s role, all while crafting their own weapons, gaining a mystical otherworldly companion, finding and losing relationships, and dealing with an evil conspiracy that could once again bring forth the cataclysmic event that Shintetsu gave his life to prevent. This game should be given a chance on its story alone, let alone its fun graphics and addicting gameplay. Often considered one of, if not the best game of the GBA’s lifespan, Advance Wars is a military strategy game, played in the same style as the Fire Emblem games. Players control and command an entire army, having to organize their units and plan accordingly beforehand to stand a chance of completing each mission. A very basic game that presents a very basic and very fun experience. It represents the Game Boy Advance’s excellent ability to host games with limited graphical capabilities and turning them into something intense and visually stunning. Crazy-hard, infinitely frustrating, anger-inducing, impossible to put down, awesome fun; these terms describe most of the games in the Castlevania series (except for Simon’s Quest and Castlevania 64, but we don’t talk about them). Aria of Sorrow puts the player in the shoes of Soma Cruz, a student in Japan who possesses the power to absorb the souls of monsters and use their abilities. The reincarnation of Dracula is the central plot point in the game, as Soma uses a variety of weapons, spells, and monster souls to defeat the enemies that would have this happen. AoS is the third Castlevania game for handheld devices and completely flips the series on its head in terms of brightly-coloured graphics and fun, tight controls that allow simple movements in a not so simple game. The third Pokémon game in the series third generation, Emerald takes place in the Hoenn Region where the player must venture out on their quest to become a Pokémon Master and end the evil plots of Team Magma and Team Aqua, whose individual missions end up intertwining and bringing about an event that could end the entire world. Travelling through the region, catching pokémon, collecting badges, and battling other trainers is basically the plot to every Pokémon game ever made, and Emerald is no different, but there is a reason Nintendo sticks to the same formula time after time. That reason is that it works. Emerald takes said formula and runs with it, doing everything right and creating the perfect Pokémon experience. Although a very popular game series in Japan, Fire Emblem was virtually unknown in North America until Super Smash Bros. Melee. When Melee debuted the Fire Emblem characters of Roy and Marth, most gamers were confused and mildly annoyed. Why would Nintendo include characters nobody even heard of before? Well, Nintendo did that as the first step in what turned out to be a very successful and intelligent plan. Using Roy and Marth to get NA players interested, they released Fire Emblem in North America for the Game Boy Advance and completely blew the continent’s collective mind. A medieval warfare strategy game, Fire Emblem added an incredible twist: it gave players consequence to letting unit’s die. If any character besides the main protagonists perishes on the battlefield, then they are gone for good. No extra lives, no revival later in the game; they die, they’re gone. This one element completely changed the handheld strategy genre and took over the gaming world. Fire Emblem is filled with interesting characters who the player begins to develop attachments too, so when one of them does fall in battle, it isn’t just a character leaving the team – it feels like a friend has just left you, a teammate. It is very rare that a game can create that sort of bond with the player, and if you mix it with the top-tier gameplay, you end up with undoubtedly the greatest game in the GBA’s life cycle.

Be sure to also check out:

M. T. McDonald is a wanna-be writer, amateur smart ass, and semi-pro whiskey enthusiast. At the age of four, he was given a Gameboy and made it his lifelong goal to never see sunlight again. He lives in Nova Scotia, Canada with his partner Jenna and Waffles the Cat. He can be reached for any business inquiries or questions about his beard at mtmcdonald.contact@gmail.com. Alternatively, you can hop on over to his blog Wires n' Words at wiresandwords.wordpress.com and listen to his incoherent ramblings about video games and books.