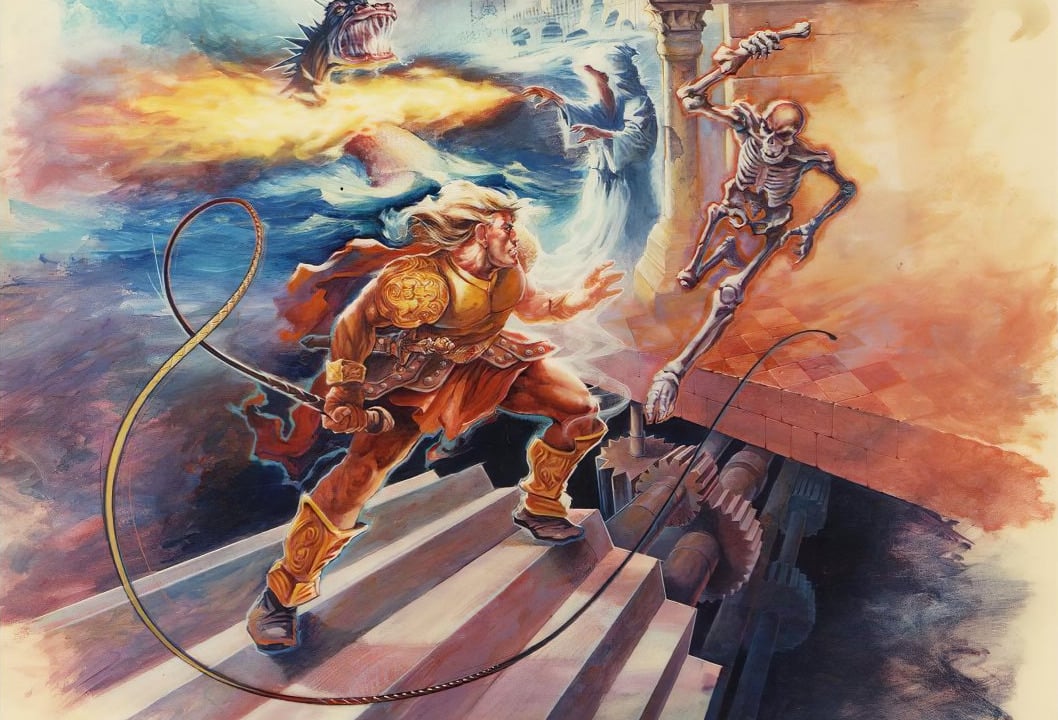 Thirty years ago on December 22nd, 1989, Castlevania III: Dracula’s Curse released for the Famicom Disk System in Japan. The third chapter in the story of the Belmont family would be thrown into old and new directions as Konami’s home console development teams continued to explore a variety of ways to reconstruct the two-dimensional platforming genre of the Castlevania series that had previously been turned into a melting pot of side-scrolling and role-playing in Castlevania II: Simon’s Quest. After the first entry’s experimental sequel, the series rediscovered its footing and focal points by unearthing its roots beneath the catacombs of Dracula’s castle and recreating the classic point A to B gameplay style that Castlevania received universal praise for three years prior.

By revisiting the first game’s simplistic yet challenging platforming focus that many would brand as a linear adventure game, the masterminds behind Dracula’s Curse crafted one of the finest games in both the Castlevania series and the platforming genre by aiming to incorporate new elements that the original entry was never able to envision due to a prior lack of deeper technical understanding for Nintendo’s first home console. A story with more depth than the previous two entries and a cast of alternating playable characters that would be interchangeable depending on the route players choose to explore after completing a level were just two of the few new additions that helped Dracula’s Curse solidify itself from the other two pillars of the 8-bit Castlevania trilogy. The foundation that Dracula’s Curse had established helped pave the way for the ambitious additions the series could adopt in entries such as Bloodlines and Rondo of Blood before completely moving forward with the Metroidvania style of gameplay that Symphony of the Night revolutionized.

For Japan, Dracula’s Curse was classic Castlevania with newly added gameplay elements, enhanced graphics, and the best sound design that the Famicom was able to output thanks to the disk system and cartridge’s unique capabilities and upgrades that the Nintendo Entertainment System had been lacking in other territories. When it came to the overseas markets, however, Trevor Belmont’s quest to defeat Dracula had unknowingly created a completely different public consensus when the game hit store shelves a year after it’s Japanese release.

The Real Curse of Dracula

In a turn of events, the overseas localization team for the game created what some die-hard fans of the series would consider being a downgraded port of arguably the best retro Castlevania game to date. Due to hardware limitations, several of the visual and audio enhancements were cut back in the overseas release. While this was not a huge issue at first glance, it became clear that Japan’s version of Dracula’s Curse had practically been a different game due to critical changes in the core gameplay experience.

The developers drastically enhanced the overall single difficulty of the game with several classic gaming tropes that plagued the 80s decade of home console video games. These aspects were included for the sole purpose of ensuring that customers would keep their games for longer periods of time due to their completion playtime lengths being artificially increased by making games more difficult- and Dracula’s Curse was no exception to this trend. Through features such as absurd enemy spawns, questionable hit detection ranges, lack of available lives, unfeasible bosses, missing checkpoints, and the rest, Dracula’s Curse became definitively harder then what the original developers had intended. The overseas release of the game had a difficulty that was more in line with the arcade cabinet version of the first Castlevania game, Haunted Castle, meanwhile, the Japanese version of the game is more comparable to the first Castlevania game.

For years, Dracula’s Curse had unjustifiably lived in the shadows of Simon Belmont’s historic gaming legacy for audiences outside of Japan. The third game in the series has always been deemed as being one of the highest quality NES games available in the console’s library despite its unprecedented difficulty spikes, but for the longest time, it never received the recognition it truly deserved- as expected from a game that the majority of buyers could not even beat with the help of the famous Konami Code or menu cheats that allowed players to breeze by the earliest levels with the unlockable characters from the get-go.

The notably high critic and audience appraisal for the game were never enough help for it to reach the high pedestal that the first entry in the iconic vampire killing franchise stood on, but Castlevania III eventually found justice in a saving grace that is quite possibly the most unexpected way for a video game to rise from the grave: a good adaptation in a different medium of storytelling. It only took an entire decade to come into fruition, but the Castlevania movie trilogy revival helped bring Trevor Belmont’s first adventure back into the light.

From Nintendo to Netflix: A Change in Legacy

Up until 2017, this particular entry of the franchise was mostly only acknowledged by the hardcore fandom of Castlevania. Dracula’s Curse saw a substantially low amount of rereleases compared to its previous two entries, especially in the United States and Europe when it came to Konami compilation titles, plug and plays, and the Nintendo Wii’s Virtual Console. It was even missing in action when the miniature NES Classic console arrived in 2016 which included both Castlevania and Simon’s Quest.

It was not until Netflix unexpectedly swooped in to save the live-action movie trilogy stuck in limbo since 2007 based on Dracula’s Curse from British comic book writer Warren Ellis that the spark for the third game’s fandom would be once again ignited. Netflix gave Dracula’s Curse a second chance in the form of a short animated four-episode pilot that would have consisted of the entire first movie’s script.

The reception the show received was nothing but exhilarating for everyone involved with the project as it quickly went on to become one of Netflix’s most-streamed shows available. Castlevania on Netflix is by far one of the most successful original animated shows the streaming service has ever put out since its debut, garnering in nearly thirty million viewers by the time the second season was able to release according to Netflix analytics. Castlevania broke the video game curse of mediocre video game adaptations as it was one of the first to reach a universally positive reception from both critics and audiences. Dracula’s Curse’s legacy changed completely by exploring a different medium of storytelling with pristine success.

Netflix and avid Indian-American filmmaker Adi Shankar allowed the game to breath new life as it rose from holding the title of the unrecognized main series entry to one of the most beloved Castlevania games in the franchise’s history for many fans. In a matter of weeks after the pilot season of the animated series released, the legacy of Dracula’s Curse found its turning point as it quickly became one of the most popular Castlevania games to discuss in recent years as the fandom still faces a drought in new games as Konami has heavily shifted from console games to the mobile device market and pachinko slot machines.

From visuals that can be considered a pure spectacle to merely watch such as the fight scene between Trevor and Alucard (as depicted above) to the lovable protagonists and antagonists that have become pop culture icons including Dracula himself, the Netflix series contains something for not only fans of Castlevania to write home about but for any fan of the phantasmagoric genre to simply sit back and enjoy. This vampire versus human blood bath will hopefully live on to be as successful as other Netflix exclusive productions such as Bojack Horseman and Voltron.

If it were not for Netflix’s hit series, Castlevania III: Dracula’s Curse would still be the hardcore outlier of the Castlevania fandom. With an upcoming season three on the line and a rumored fourth renewal, it is no surprise how this particular entry went from faulted to famed despite its history of regional flaws that seeped into its unfortunate history. For those looking to play both the Japanese and overseas releases of Dracula’s Curse, both versions can be purchased today as part of the Konami Castlevania Anniversary Collection that is available on PS4, Xbox One, Steam, and the Nintendo Switch.