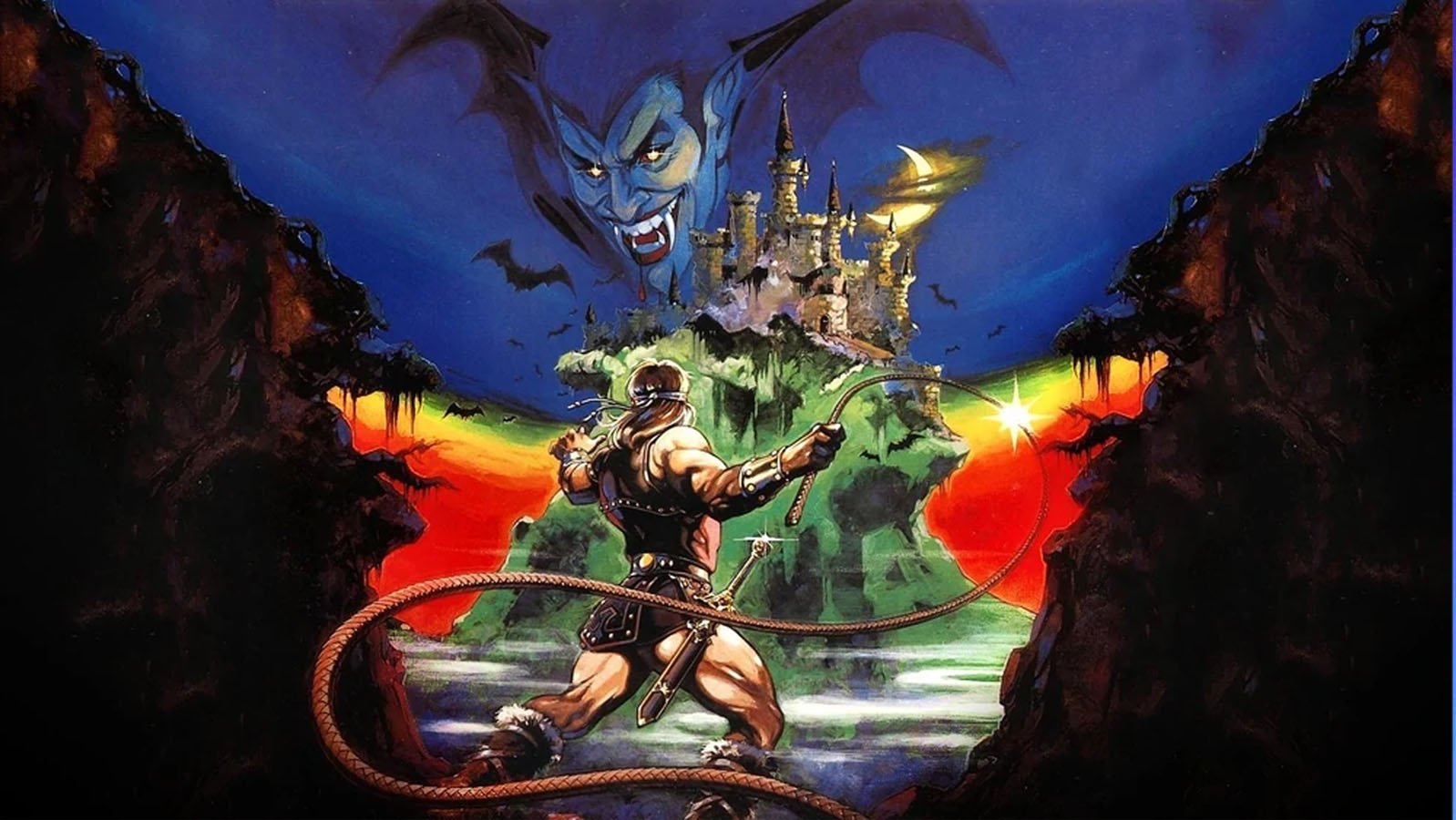 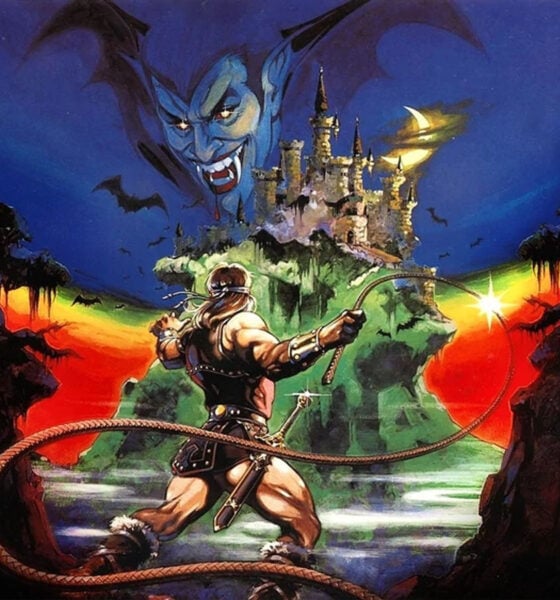 Time has only been kind to Castlevania, and just like Dracula’s centurial curse that haunts the Belmont clan, time will only make it stronger.

“Step into the shadows of the deadliest dwelling on earth. You’ve arrived at Castlevania, and you’re here on business:
To destroy forever the Curse of the Evil Count.”
– Castlevania, Manual

The advent of technology means video games age on a surface level much faster than other mediums, but good game design can keep a title pristine for years to come. In an era where games are only getting longer and more complex, there’s an appeal to the elegant simplicity we left behind with the NES. The passage of time makes it easier to appreciate to-the-point design philosophies that made the most of their premise without overstaying their welcome. A game doesn’t need dozens of hours of content to be fun. Tight pacing and sheer focus ensure the classics of yore are just as playable today as they were in their heyday. It’s precisely this reason why the original Castlevania keeps standing the test of time.

Castlevania is a game that fully understands what it needs to be in order to best serve its overall design. Gameplay is slow and stiff, but deliberately so. Every action is a commitment, from jumping to attacking. Thoughtful enemy placement demands you learn the level design and hone your reflexes. This isn’t Super Mario Bros. where you can run, jump, and hope for the best. A single mistake is costly, but checkpoints between set pieces (typically every three screens/stages) mean you never lose much progress from a Game Over. The difficulty curve offers a solid challenge, but you really don’t need to be a master to complete Castlevania. You just need patience, persistence, and a little bit of dedication.

Staying patient is especially important as CV’s gameplay loop is quite methodical. Simon Belmont’s control scheme is responsive, but it has a few character quirks that lend the experience a certain rhythm. You cannot change the trajectory of your jump mid-arc. Where you direct Simon is where he’s going to go no matter what. The fact you get knocked back upon taking damage punishes poor platforming. It takes one careless jump into an enemy to plummet down a bottomless pit you just avoided. Attacking locks Simon in place as he propels his whip into whatever’s in front of him. You have to be strategic with your attacks, timing strikes properly. Otherwise, you leave yourself totally defenseless.

None of this means you have to be reserved in your gameplay, though. Castlevania rewards brave players who can not only go with the flow, but find a rhythm and stick to it. Some stages are almost like a dance. You need to learn the steps to keep up. As early as Stage 05, you’ll be running into enemy patterns you can’t brute force. Medusa Heads move up and down in a wave-like curve pattern, never spawn alone, and are placed in screens with bottomless pits. Every aspect of your control — from moving to jumping and attacking — has to be perfectly deliberate to get around them.

Screens like Stage 9 demand your precision, not just mechanically, but mentally. The area is a straight beeline to the boss fight, but Ravens, Bone Pillars, and White Skeletons regularly block your path. You have to anticipate where the Ravens will fly, when the Pillars will shoot fireballs for you to deflect, and how best to take out the bone-bossing skeletons situated by two bottomless pits. With two bosses to contend with instead of one, avoiding damage is paramount. It’s not enough to know how to whip; you have to know when to whip. Thankfully, Simon has access to Sub-Weapons which are useful for countering specific enemies.

Pressing Up on the D-Pad while attacking activates your currently equipped weapon, expending Hearts as ammunition. Sub-Weapons can be found inside of breakable candles, offering you some flexibility in combat when your whip can’t cut it. Knives travel across the screen to hit anything directly in front of you. They deal little damage, but are useful for taking out weaker monsters from afar. Axes are thrown right up into the air before swinging down in an arch, capable of hitting flying enemies without issue. The Cross acts like a boomerang that flies back towards you, potentially damaging multiple enemies in one toss. Holy Water is tossed onto the ground in front of you, doing residual damage where it lands. Lastly, the Stopwatch freezes enemies, granting you a crutch for harder screens (but little help against bosses).

Sub-Weapons can also be upgraded twice-over. Using your currently equipped weapon to hit ten things total (enemies or candles) drops the Double Shot, allowing you to fire out two Sub-Weapons at once. 10 more hits with the Double Shot equipped nets you the Triple Shot, upping your on-screen Sub-Weapon count to three. Shots reset every time you swap Sub-Weapons, however, so you need to commit to make the most of upgrades. Simon’s Whip, Vampire Killer, can also be upgraded by finding Morning Stars inside candles. Having at least four Hearts spawns the first upgrade while having eight spawns the second. The former nearly doubles your damage output while the latter greatly increases the whip’s range.

Sub-Weapons and Whip upgrades give you everything you need to take on Castlevania’s difficulty curve on your terms. Gameplay is hard, but it’s fair as the challenge gradually rises to give you time to adjust. Enemies deal more damage the deeper into the castle you get. It takes eight hits to die in the first six stages. By the final set, Simon can only withstand four. That’s plenty of time for you to grasp the controls and develop your reflexes. Enemy placement becomes more complex, as well, increasingly testing your skills as the game goes on.

Stage 11 serves as a real wake-up call if you’re still struggling with the controls. Eagles fly from overhead, periodically dropping Fleamen in front of and behind Simon. You have to time your strikes perfectly to take them out or else the Fleamen swarm the screen like an infestation. At the same time, you have to keep moving or the Eagles will never let up. You can’t afford to stop and catch your breath. The screen demands you maintain your rhythm as you go. A single misstep is damning.

Save for the fight against Dracula, every boss is attached to a full stage before it. Dying means needing to re-complete the stage with a full game over bringing you back to the start of the whole area (usually three stages back). This forces you to conquer the level design on your way to each boss. Reaching the boss room carries greater impact, and feels all the more meaningful when you actually secure victory. Stage 15 is the perfect encapsulation of this idea. You have to fight through two difficult screens to get to the boss. The first pits you against Bone Pillars, and Red Skeletons that respawn upon death. The second is a gauntlet against Axe Armors and a never-ending flow of Medusa Heads. Getting to the boss with enough health to spare is a genuine test of your dexterity, endurance, and reflexes.

Bosses themselves function as each leg of the Castle’s final test. Most don’t have particularly complex attack patterns, but needing to complete a stage beforehand can put you at a disadvantage in terms of health or Hearts. With a little practice, bosses ultimately feel easier than the stages. While later games greatly improve upon CV’s boss design, the original’s are memorable and full of personality. Each boss is based on a classic movie monster (mainly from Universal Pictures). You fight a giant Bat, a giant Medusa Head, twin Mummies, Igor & Frankenstein’s Creature, Death himself, and Count Dracula. By the time credits roll, you’ve slain the horror genre’s most iconic moments.

Castlevania’s control scheme lends the gameplay a methodical pace that perfectly suits its horror aesthetic. Tension builds naturally when you can’t just rush from stage to stage. You’re able to better appreciate the incredible amount of detail present on every screen. Eclectic and incomprehensible architecture convey that Dracula’s Castle is very much a demonic homestead. The dilapidated foyer welcomes you to a ruined abode, but it doesn’t take long for the level design to start cycling through unique set pieces. The castle is home to a flooded crypt where Mermen roam free. A rooftop garden overlooks the Transylvanian mountainside. The whole structure is held together by an anachronistic clock tower covered in gears. There’s a clear cinematic quality and attention to detail that makes the level design all the more immersive. Even in 8-bit, Castlevania has a potent atmosphere.

Kinuyo Yamashita and Satoe Terashima’s score is just as critical when it comes to setting a mood. Infectious music gives each leg of the castle a distinct sound, from memorably moody tunes to energetic melodies you’ll be humming for the rest of your life. Introduction is a bombastic theme that plays as Dracula’s Castle looms in the distance of the opening cutscene. Vampire Killer is a triumphant track that captures the confidence Simon would need to confront Dracula alone. Wicked Child is a fast-paced romp bursting with energy while the Walking Edge is a darker, almost oppressive song. Tracks like Heart of Fire and Out of Time make dying in the last set of stages less of a chore when you’re scored to incredible music. Visually, musically, and atmospherically, Dracula’s Castle is anything but one-note.

Castlevania shows its age, but not in a way where the experience feels too dated to enjoy. Even with the horde of sequels that followed, the original CV’s tight pacing, genuinely rewarding gameplay loop, and downright immersive presentation make it a must-play in any era. Simplicity will always have its place in game design, as it ultimately leads to greater focus — to design philosophies that work in tandem and seamlessly blend challenge with fun. The NES has no shortage of classics, but few platformers carry themselves with as much panache. Time has only been kind to Castlevania, and just like Dracula’s centurial curse that haunts the Belmont clan, time will only make it stronger.