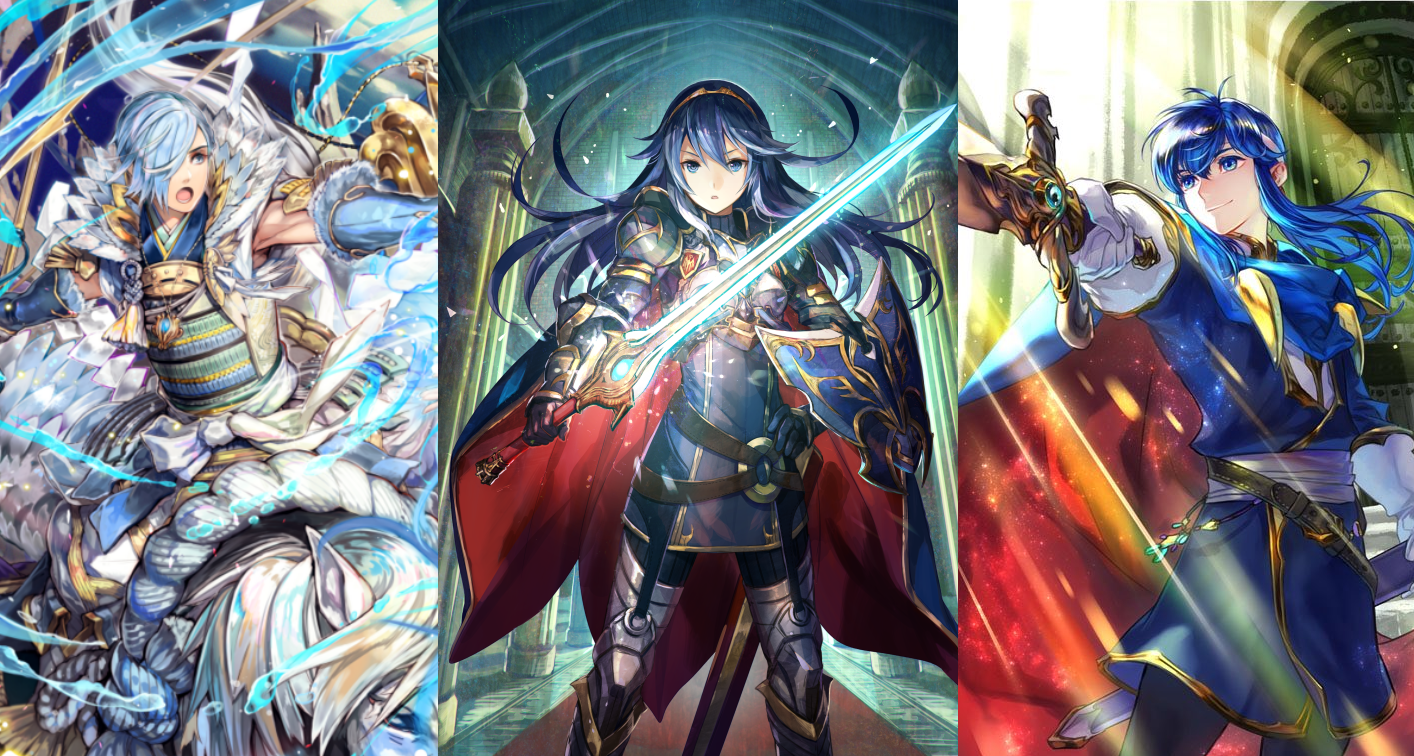 Though the world of the Fire Emblem franchise is constantly embroiled in conflict and war, some characters are able to find love on the battlefield. The support system has been a staple of the series since its original iteration in Mystery of the Emblem, followed by the romantic support system codified by Genealogy of the Holy War. Genealogy of the Holy War was not only the first game to feature player-chosen romance, but also the first to include a second generation.

Its love system was eventually refined into the modern support system that originated in The Binding Blade and has since been a key feature of each following game. Two games, in particular, Fire Emblem Awakening and Fire Emblem Fates, returned to their roots and incorporated a second generation, much like Genealogy of the Holy War, into the refined support system.

Genealogy of the Holy War, Awakening, and Fates all put an emphasis on romance; without it, Genealogy of the Holy War and Awakening would not even have a plot. The second generation is so crucial to these two games that they would not survive without it; Fates, on the other hand, includes children as a supplement rather than integrating them into the plot. Out of these three games, two of which use the second generation in the main and one that does not, which one used the children and romance system to its maximum potential? The answer boils down to which game made the second generation truly integral to the overarching story.

Fire Emblem: Genealogy of the Holy War came up with the concept of a second generation. Like Mystery of the Emblem, Genealogy of the Holy War is divided into two sections: Sigurd’s tale and Seliph’s tale. These two parts are divided equally, providing an even amount of time spent with each lord. This game gives the second generation the most attention and story importance in the entire series since Sigurd’s generation fails to achieve their goals and it is left to the children to finish what their parents started. Both sections of the game come together to form a cohesive story that spans many years, making it one of the largest-scale plots in the entire series.

Genealogy of the Holy War’s second generation seems perfect at a glance, but there is one specific feature that completely ruins its impact: the replacement children. At a time where classic mode was the only option, it made sense that some parents would potentially die over the course of the journey, with the exception of required characters. But the fact that some mothers can be killed or simply not paired up, resulting in some unknown character appearing to take the child’s place, makes it seem as though the children are not important enough.

After all, if other people can take their roles, what is their purpose? Why include the children of specific characters if they can be so easily replaced? While the later chapters are a great way of incorporating the idea of a second generation into the plot, most of the characters themselves are not truly incorporated in a way that feels meaningful.

Fire Emblem Awakening’s plot relies on the existence of a second generation, much like Genealogy of the Holy War. The kids are integral to the story, with Lucina being considered one of the game’s lords. The idea of revolving a medieval-style strategy game around time travel seems absurd, but Awakening manages to pull it off perfectly and gives a reasonable excuse for why the children are present at the same time as their parents.

Awakening also gives families the chance to have supports together and bond in a way that they never could in Genealogy of the Holy War. Thanks to the time travel shenanigans, players are able to see what these families are truly like and also give some closure to the children, who had lost their parents in the future. Each child feels like a natural addition to the roster. There are no replacement characters, allowing each one of them to shine no matter what happens to their parents. They are crucial enough to the story to fit in the same way the first generation does, and each one serves an actual purpose. Even the one without a backstory, Morgan, fits in well despite their outcast status.

Adding to this is the Future Past DLC, which gives even more spotlight to the children and further entangles them in the story. While they may not have an entire half of the game to themselves like Jugdral’s kids, they receive an adequate amount of attention, potentially even more attention than Fire Emblem: Genealogy of the Holy War’s second generation thanks to the lack of replacements.

The Children of Nohr, Hoshido, and Valla

After the success of Awakening, Fates chose to follow in its footsteps and include children even though they had no relation to the overarching plot. Fire Emblem Fates overemphasizes the second generation as a selling point since it worked so well in the previous game, yet fails to provide a reason for why the children exist.

The romantic supports still work well in this game; there is no reason why the soldiers cannot fall in love with each other. But Fates seems to include this romance for the sole purpose of producing children, which makes it come off as less meaningful than some romances in other games. Another byproduct of chasing after Awakening’s success is that Fates could not reuse the time travel plot again, so instead, people send their babies to magical dimensions where they grow up in record time, sometimes growing even older than their parents. These realms are so forced, making it obvious that no thought was given to the children besides the fact that they could help sell the game.

The Heirs of Fate DLC for Fire Emblem Fates adds a semblance of importance to the second generation, most prominently Shigure. But unlike the Future Past DLC, it does not have a great bearing on the plot. Rather than an attempt to make the children more important, it comes off as an attempt to replicate Awakening yet again. Even with this DLC, the children appear lackluster. While great characters on their own, there is absolutely no reason for them to exist. They do have the advantage of not having replacements, allowing them to have the spotlight, but the issue is that they never get a chance to do anything with that spotlight. Essentially, the children feel like background decorations. While they are wonderful on their own, they only showed their personality through paralogues and support conversations, both of which are not necessary to the game’s narrative. They deserved a chance to actually participate in the world of Fire Emblem Fates in a meaningful way.

Genealogy of the Holy War and Awakening surpass Fates in every way, but Genealogy of the Holy War falls just short of making its second generation truly perfect. Perhaps if there were more supports and story opportunities for the children, the issue of replacements would not be as big of a deal. Awakening avoids the use of replacements and instead focuses on a few specific characters, giving them all enough reason to exist, character development, and relationships with not only other children, but parents as well. For the first game to use this idea, Genealogy of the Holy War creates an almost perfect second generation, but Awakening’s lessons from the fourth Fire Emblem game allow it to refine the basic concept and turn it into something that exceeds expectations.