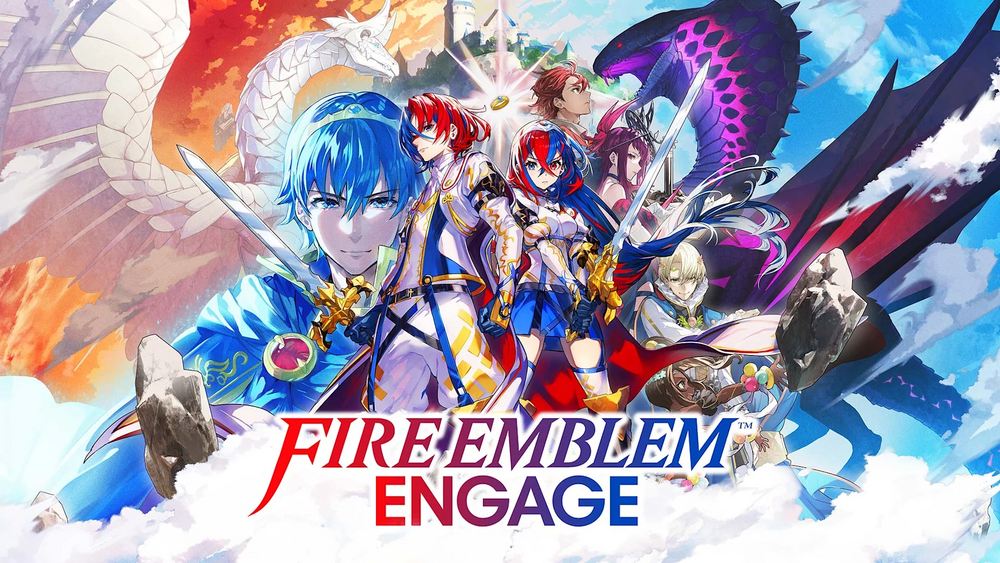 In 2017, Fire Emblem Heroes was released with the basic idea of summoning heroes from past Fire Emblem games into a brand new world, where they would fight for the player character. Just a few months later, Fire Emblem Warriors revised that same concept of using past heroes to fight in a Dynasty Warriors-style game. Now, in 2022, Fire Emblem Engage has once again returned to the popular concept of 2017 with its ability to pull past lords from their era into Alear’s era with the help of special rings. But after two Fire Emblem games that plucked heroes out of their own worlds and times to place them into a brand-new setting, is it truly necessary for Engage to revisit that same idea again? Fire Emblem Engage has a lot to live up to thanks to Heroes’ popularity. There are many ways the execution of this recurring idea could potentially go wrong or turn out even better than its competition; until the game releases in 2023, nobody will be able to tell whether or not Engage lives up to expectations. Until then, we can only speculate on how it will differentiate itself from Heroes and Warriors, and whether this idea will be up to Fire Emblem’s standards.

In Fire Emblem Heroes, the player character is capable of summoning heroes from other worlds and timelines into the world of Zenith, where Askr is found. As a mobile gacha game, this is understandable. Fire Emblem Heroes is essentially a celebration of the entire franchise, featuring characters from every mainline game as well as some spinoffs. It was through this game that new fans as well as fans outside of Japan were introduced to certain characters such as Sigurd or Roy. Fire Emblem Engage will also do this for new players that are introduced to the series through this game. But, as it seems now, new players will only be introduced to one specific lord from each game.

Warriors incorporates the previous characters into the plot more than Heroes does. Characters such as Lucina, Corrin, and Marth play a pivotal role in the story. Fire Emblem Engage will probably give these characters important roles as well, but it is unlikely that Engage will feature the characters’ worlds as well. Warriors has several levels set in Ylisse, Archanea, Nohr, and Hoshido, which is where the prior characters’ stories take place. Engage seems to just summon past lords to Alear’s world and timeline. Unlike Warriors, Engage features a lord from almost every game, so situations like Celica and Lyn only being present in a bonus mode will not occur. Overall, Fire Emblem Engage seems to be set to truly incorporate the past lords in a way that Warriors could not.

The Pros and Cons of Summoning Lords Once Again

But while Fire Emblem Engage may utilize legacy characters better than Heroes or Warriors, is it really necessary to make another game that uses the same basic concept? Regardless of how different each of these three games is, they still rely on the backbone of summoning past characters to the world of the new characters. If this were another Warriors game, the reuse of this concept would be excused; it would be a sequel, not a brand-new game. But Engage’s premise does not come across as an innovative new addition to the series. Instead, it comes across as if the writers had no other ideas. But after the release of the beloved Fire Emblem: Three Houses, creating a totally new Fire Emblem may have been a daunting task for the developers. Relying on old characters is probably a safer option than creating brand new characters, and it may even bring back fans of old games who want to see their favorite lord again.

The idea of a mainline Fire Emblem game bringing back past characters for the third time seems like fanservice; a way to make all of the lords appear in the same world canon. Considering the popularity of Heroes, this will probably be a good thing. There are many instances of Heroes and even Warriors adding traits to canon characters that were not present in the source game. Since Engage is mainline, it can make any additional details about lords such as Ike or Lyn canon. Engage may also present canon interactions between past lords, or at least with the new characters.

As an anniversary game, Engage not only has the chance to expand the Fire Emblem canon but also reference previous games in the same way Awakening does. Awakening is filled with easter eggs that reference almost every game in the franchise, so it is safe to assume that Engage will have a few easter eggs of its own. Engage is the perfect game for this because of its basic plot and could even surpass Awakening’s amount of easter eggs. A noticeable reference to past games is the appearance of the twins shown in the trailer. They seem to be set to become the game’s Cain and Abel, being siblings that wear red and green respectively. It is highly likely that Engage will include far more references than this in the completed game.

But even with the potential for easter eggs and the appearances of legacy characters, the biggest issue with Engage is that it relies on the presence of these characters. Fire Emblem recently exploded in popularity because of Three Houses, and previously it reached mainstream success thanks to Awakening. This means that a large portion of the fanbase joined late in the series and possibly missed out on older games, some of which are very difficult to find now. Multiple early Fire Emblem games are only available in Japanese as well, locking out a huge part of the audience. Rather than promoting these characters that some fans are not familiar with, it may have been better to remake or port several older games before this ambitious project. If more people know who all of these returning characters are, they may be more inclined to try the game out. However, as it is now, Engage will once again showcase multiple characters that many fans have no way of knowing.

Fire Emblem Engage must walk a fine line between an innovative new addition to the series and a rehash of past spinoffs. It must establish itself as a completely different execution of a basic concept and not fall into the same mechanics or story as Heroes and Warriors. Engage has a lot of competition considering the popularity of Heroes, so it needs to bring something completely different to the table and show that it can stand alone as its own game. The pros can outweigh the cons if executed properly, and perhaps the success of Engage can one day lead to an increased interest in the series as a whole.