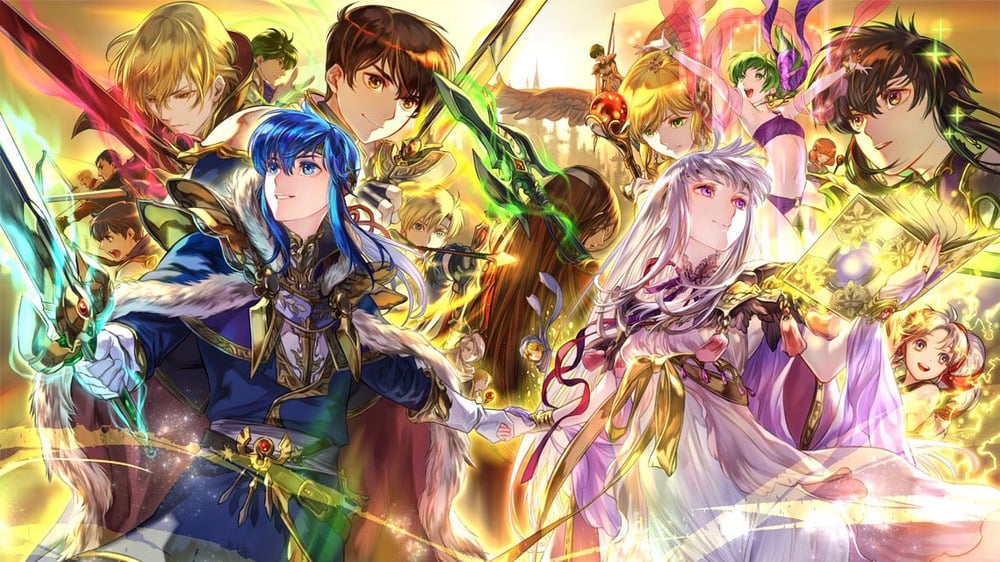 Genealogy of the Holy War is a Masterpiece!

Fire Emblem: Genealogy of the Holy War is the fourth game in the Fire Emblem franchise. It is set on the continent of Jugdral, and its story revolves around a lord named Sigurd who defends his kingdom of Grannvale against the land of Verdane. This simple plot soon develops into something more intricate, complete with a 17-year timeskip and Sigurd’s role as protagonist being replaced by his son Seliph. Genealogy of the Holy War was quite complex for its time, featuring a huge cast of characters in addition to its long story and even longer battles. Not only that, but it was also the game that originated many modern features of Fire Emblem. With the capabilities of consoles today, a remake of Genealogy of the Holy War would be able to make the game into the legend it truly is.

The battles in Genealogy of the Holy War are ridiculously long. They are so complex that all of the units the player has are allowed to be deployed at once. Usually, the player only has to capture one location, but this Fire Emblem game requires players to capture multiple castles in a single battle. Luckily, allied units have a safe castle to buy things, repair weapons, and promote in. This castle must be protected; if it is captured by the enemy, it is game over. Even though there is a place to prepare during battle, the length of the chapters and the number of castles make the stakes seem higher. The length also makes up for the fact that there are fewer chapters than most other Fire Emblem games.

Though the chapters defy the norm of Fire Emblem, this game is where series traditions such as the weapon triangle originated. The weapon triangle, relationship system, and second-generation were essentially prototypes of the features present in games today. Those features, among others, have been refined over the years, resulting in Genealogy of the Holy War’s versions of them seeming different to new players. A remake could easily make those aspects of gameplay more familiar, but also retain the charm and nostalgia of the old versions. Most of the gameplay could use some quality of life updates but still remain faithful to the original game.

The Story of Sigurd and Seliph

The story of Genealogy of the Holy War has a lot of depth for a Super Famicom game. Spanning over 17 years, the journey takes the player from Sigurd’s initial quest to fight against Verdane to his son Seliph’s quest to defeat the Empire of Grannvale, the kingdom his father formerly lived in. The story has a lot of plot twists; for the unfamiliar player, even the timeskip may be a surprise. The events leading up to Seliph’s first chapter are especially intense, with the reveal that antagonist Arvis has married Deirdre followed by Sigurd’s unfortunate demise. Genealogy of the Holy War has one of the best stories in Fire Emblem history because of its complexity and plot twists. English-speaking audiences deserve a chance to experience this masterful storytelling.

There are so many opportunities to expand on the story even more, similar to what Shadows of Valentia did with Gaiden. Parts of the timeskip have already been shown by Genealogy of the Holy War’s sequel, Thracia 776, a game that follows Seliph’s cousin Leif. However, even with the existence of Thracia 776, there is still plenty of lore that could be added to. Genealogy of the Holy War’s expansive world could be made even bigger in a remake, with extra story aspects added to it.

As the first game to fully implement a relationship system, Genealogy of the Holy War features a large cast of characters that can be paired up to produce the second generation. Even the characters in the second generation are able to fall in love. Though marriage is such an important part of the game, as it is the basis for the second half of the game, the couples do not interact as much as they should. Sigurd and Deirdre have the most compelling relationship in the game, and even they do not receive much time together. This could easily be fixed in a remake. Long support chains, such as those in Awakening, could show a better progression of the relationships.

This same issue extends to individual characters as well as some of them do not have much depth. This is especially prevalent in the second generation, with a handful of the substitute children lacking personality–or at the very least an original personality. Since these children exist to take the place of children that were not born–either because their mother was not paired up or died–they usually act almost the same as the character they replaced. Additional characterization along with some unique skills could make it worth it to sacrifice some of the main children in favor of the substitutes.

Regardless of whether or not a Thracia 776 remake is planned, it would be interesting to include some references, characters, and easter eggs from that game. This could be handled similarly to how Shadows of Valentia includes references to games released after Gaiden. A little bit of acknowledgment of Leif’s journey would be nice for fans of Thracia 776.

Fire Emblem: Genealogy of the Holy War, despite some of its features being outdated, is a masterpiece that deserves much more recognition than it gets. A remake that is made available outside of Japan would help it reach mainstream popularity alongside fellow remake Shadows of Valentia. New fans and English audiences deserve to be able to experience one of the greatest games from the Fire Emblem franchise. Not only that, but a game with high-quality graphics, improved gameplay, improved story, voice acting, and cutscenes would be a treat for old fans as well. A remake of Genealogy of the Holy War would be beneficial to all fans, regardless of how long they’ve been playing or where they are from.