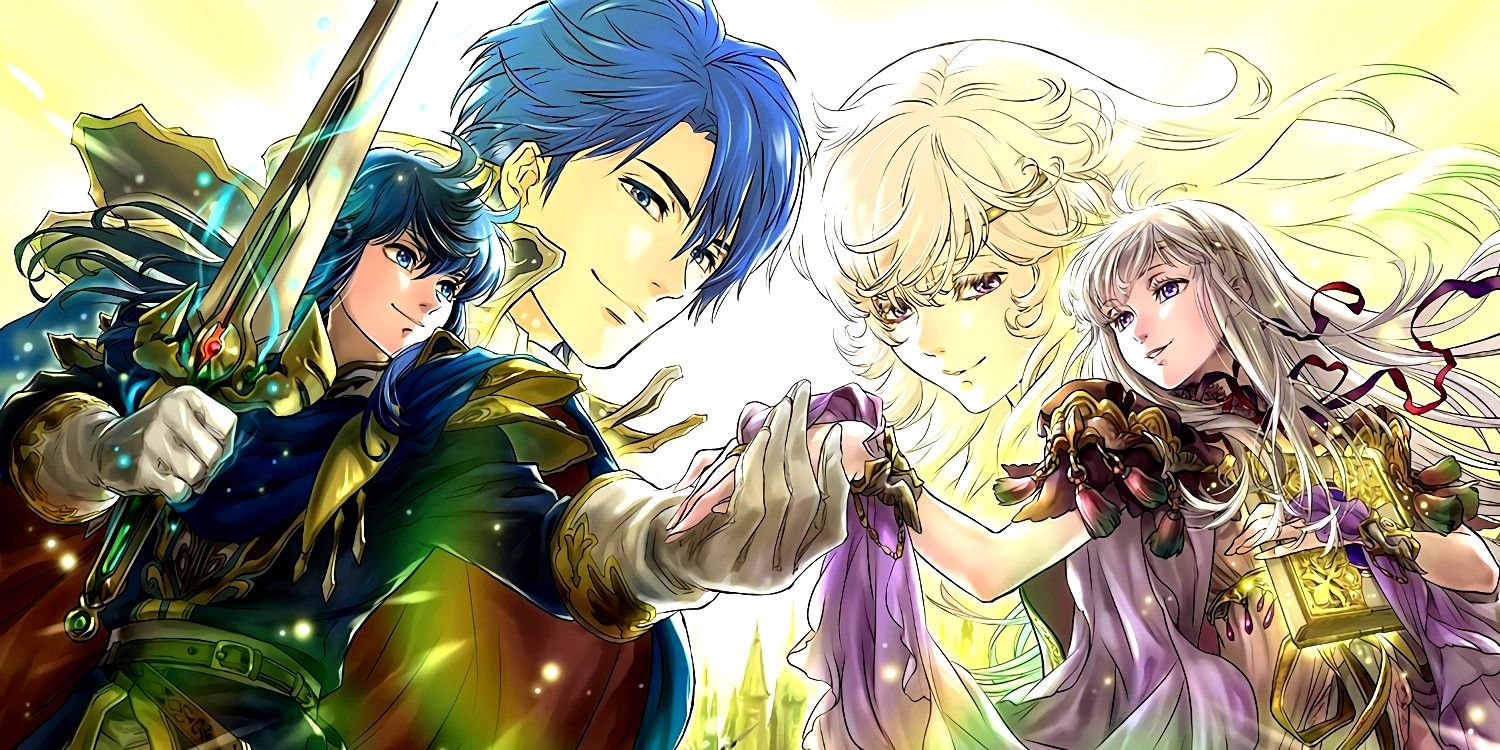 The Best Of The Fire Emblem Series

Fire Emblem is a storied franchise, one that has spanned well over two decades of inspired medieval story, chess-like strategic combat, and blue-haired pretty boys. There will always be games in the series that stick out, though, the ones that influenced the games yet to come, or built a veritable kingdom of new fans. Let’s look at some of the most influential titles in the franchise.

6. Fire Emblem: The Mystery of the Emblem

Mystery of the Emblem was essentially two-games-in-one, as it contained a remake of the original Fire Emblem originally released on the Famicom. The Mystery of the Emblem introduced one of the most interesting mechanics in the franchise, the ability for Cavaliers and Pegasus Knights to dismount their horse/Pegasus. This allowed for them to swap between weapons, lances while mounted and swords while on foot, which is a series first.

Putting two games on one cartridge limited things a bit, though. Several chapters and even playable characters were cut from the remake in Book 1. It’s a little odd that the two games were even combined in the first place, as they had two different development teams. While it was probably a way to show off the Super Famicom’s 24 Megabit cartridge capabilities, it did as much harm as it did well in showcasing the remake. The Mystery of the Emblem was the only Fire Emblem title to make it into the Famitsu readers’ “Top 100 Games” list from 2006, so it must be doing something right.

Another two-for-one deal, Binding Blade, and Blazing Sword feel like two parts of the same whole. They share not only a setting and story but also very identical gameplay. Binding Blade was the first game to be released and features Roy (known overseas for his appearance in the Smash Bros. series), as its main protagonist. Sadly, Binding Blade never made it overseas, but its storyline prequel, Blazing Sword, did.

Known outside of Japan as just Fire Emblem, it’s actually the 7th game in the franchise. Blazing Sword offers three separate stories following Lyndis, Eliwood, and Hector as they try to quell a war brought about by the greed the neighboring country of Bern. There are no gimmicks here, Blazing Sword and Binding Blade are about as simple as you can get mechanically with Fire Emblem while still keeping a challenge that gets the player to think about their moves several turns in advance. While we never got Binding Blade, Blazing Sword was definitely a great game to start the Western fanbase on.

The game that saved the franchise. After the poor reception of Shadow Dragon and its follow-up New Mystery of the Emblem, Intelligent Systems was put on the spot to bring out a brand seller, and a brand seller it was. Fire Emblem: Awakening brought back many mechanics from earlier titles and revamped them. Navigating the overworld map freely, taking on random free battles, doing side missions, and even a plethora of DLC battles gave Awakening a lot of extra content. Back this with varying brutal difficulty levels or the option to play with a more casual-friendly set of restrictions, and just about anyone could generate a Fire Emblem experience that perfectly suits them.

Fire Emblem: The Sacred Stones was the last game released on the Game Boy Advance, and also one of the best ones. While similar to Binding Blade and Blazing Sword in feel, it does enough that it can separate itself from the sequel-prequel combo of the games before it.

Much like in Blazing Sword, The Sacred Stones has multiple unique stories that follow its respective lords. Unlike Blazing Sword, though, when it comes time to make the decision to split, it affects what maps the player will face and greatly alters the challenges they come across. It is a little awkward to go back through the game to experience the other story, though, as you cannot choose which lord you start with, but you can make a game save right before the split to save time and experience both paths.

The majority of enemies, this time, around are demons called Revenants, a demonic force held back by the power of the Sacred Stones and holy items of the continent of Magvel. Intelligent Systems experimented with this concept and made it so that players could fight free battles against these creatures in between chapters by giving free movement across the map and unlocking two side-dungeons. This, unfortunately, tanks that game’s difficulty at places and, depending on the dedication of the player, it can make the entire post-game too easy if they max their army’s levels out. From an accessibility standpoint, though, The Sacred Stones is probably one of the best starting places for newer players.

Fire Emblem: Path of Radiance is the series’ first foray back onto consoles after the Super Famicom games. Its solid narrative follows Ike and his band of mercenaries across the continent of Tellius. It’s the first game to make use of pre-rendered cutscenes and fully voiced dialogue, the latter of which was axed in its international version.

Combat is largely the same, as the formula for battles has had well over a decade now to be perfected and fine-tuned. Where Path of Radiance shakes up the formula is by tinkering with the pre-battle options. A lot can be accomplished before heading off into the fray. Support conversations have moved to the barracks instead of on the battlefield, and a newly located armory allows the player to forge ridiculous weapons to their heart’s desire (assuming they have the gold to max out that critical rate).

Genealogy of the Holy War introduced and influenced many of the mechanics in every game that followed it. It’s such a unique title that no other game in the series has the same feel as Genealogy. For starters, maps in Genealogy are huge and require the player to capture multiple keeps, with their starting castle acting as a home base. Within every main keep are a shop, arena, and various other facilities. Weapons do not become unusable when their durability hits zero, instead they become broken, and need to be repaired at the main keep to be used again. The unit promotion also happens at the main keep and does not require any kind of item, its only restriction being that the unit has reached level 20. This level does not reset when promoted, and instead, each unit has a cap of 30, promoted or not.

For fans of Awakening, this game is where a first and second generation of characters were introduced. Characters from the first several chapters of the game could be paired up and have offspring to play as later. Unlike in Awakening, though, the second generation was very vital to completing the game as certain children are the only ones that could wield specific items, and their stats could greatly exceed past similar classes.

Skill systems that showed up in later Fire Emblem titles can also look to Genealogy for their inception. Character and class-specific skills started in Genealogy, and even things like being able to critically strike and attack twice are luxuries only certain characters could gain. Skills could also be passed along to children, something that Awakening makes use of.

Blazing Sword and Sword of Seals are the antitheses to Genealogy of the Holy War, as it is a game built upon some of the most complex ideas present in the series. It’s had such a large impression on every game in the series that it’s hard to ignore, and is a must-play for any fan of the series.