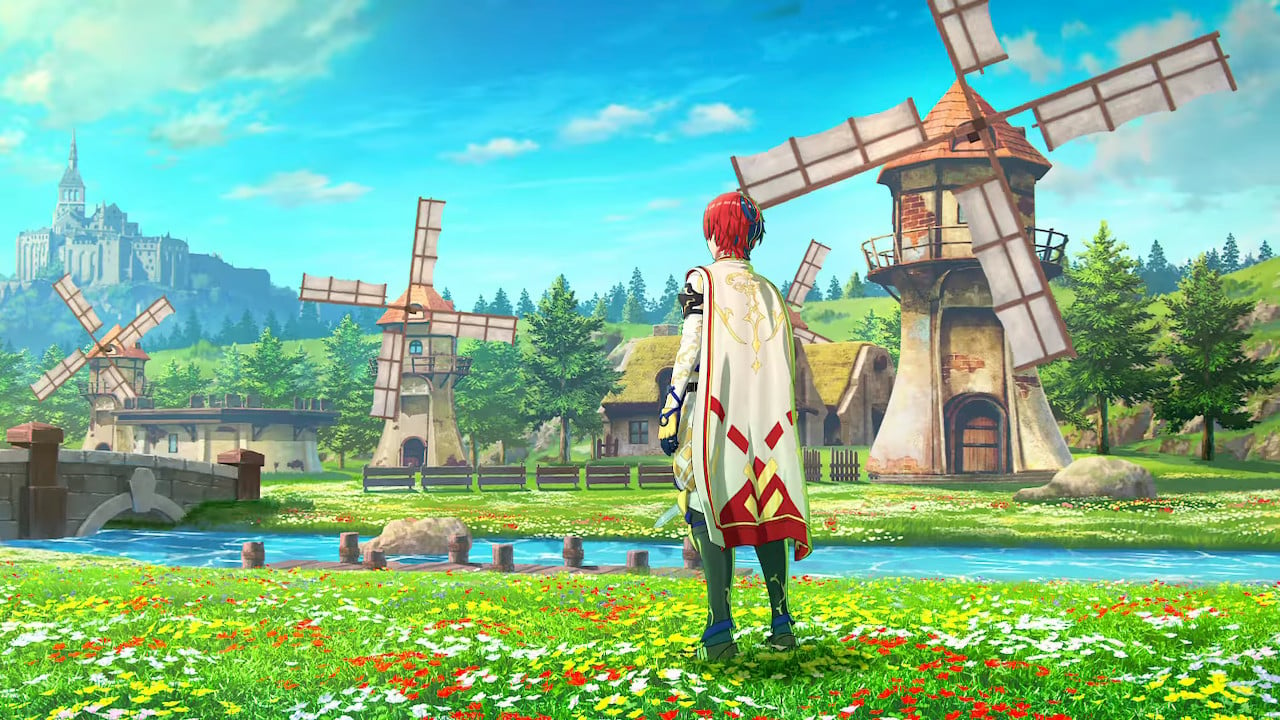 Fire Emblem Engage has finally been released on the Nintendo Switch, and with a new entry in the Intelligent Systems series comes plenty of returning mechanics and new features that may require some extra explanation for players of all skill levels. Whether you are a veteran or newcomer to the series, these are some essential tips and tricks to know before engaging in battle alongside the Divine Dragon and their crew in Fire Emblem Engage!

After being absent in Fire Emblem: Three Houses, the long-utilized weapon triangle the series has spearheaded its turn-based strategy gameplay with has makes a triumphant return in Engage–and we say triumphant because a fantastic new feature has been added to the formula that further gives depth to Fire Emblem’s basic establishment.

To freshen up the weapon triangle, Fire Emblem Engage features a “Break” system that allows units to slice through and obliterate each other’s weapons. The break feature can literally (and pun intended) make or break your battles. The idea of this new weapon triangle feature is to disarm your enemy to inflict greater damage with follow-up attacks from other units. The red “X” icon located next to “Break!” (as can be seen in the screenshot above) will guarantee whether or not the enemy’s weapon will be destroyed during a turn. Like Fire Emblem’s critical hits, this feature does involve some calculated odds. As long as you follow the weapon triangle though, you will be on your way to victory.

To clear up some confusion about this feature though, an enemy’s weapon and your own units will come back as soon as the next turn, or rather “phase” as Fire Emblem calls them, starts. Position your units for careful counterattacks and rapidly gain the upper hand on a battlefield! And for those deep in Classic Mode, you absolutely should focus on implementing breaks into your strategies as they can play excellently in setting up destructive counterattacks.

Trading During Battle Offers a Secret Advantage For Breaks

This is a classic Fire Emblem trick that has been present in almost every game, however, now with Engage’s new break feature, it is more useful than ever before. Fire Emblem’s trade feature during battle was created to give players an opportunity to swap equipment between their units. But why not take advantage of this feature and use it for something far more productive? Later on in Engage when your units are able to wield multiple weapon types, trading can be used to completely one-up enemies with counterattacks before their phase begins.

For those looking to create the ultimate counterattack measure for when their unit is cornered, once a character has the ability to use multiple weapon types, keep every weapon type they can use in their personal storage. By simply going up to a unit that has already moved and swapping their desired weapon to the top slot of their trade inventory, the weapon will automatically be equipped and ready for the enemy phase. The reason players on the Classic difficulty will want to utilize this strategy is that this can be a saving grace for units. Since enemies almost always determine who they will target during the player phase, the player can prepare to disarm the vast majority of opponents with a variety of weapons they have stored up.

Spirits of the Fallen and Emblem Energy Spots Explained

Returning from previous Fire Emblem games like Three Houses, Spirits of the Fallen is a gameplay feature that players can take advantage of when they are only connected to the internet. If you see a “Connecting” screen prior to a battle, Spirits of the Fallen will be activated. While the usual Yellow Spirits and Purple Spirits are back in full force, Engage also adds another special spot to the battlefield that players will want to place their units on–and they appear naturally without an internet connection. Before we dive into the blue Emblem Energy spots though, here is a quick recap as to what Yellow Spirits and Purple Spirits do in case you forgot or have not played a Fire Emblem game featuring them before.

Yellow Spirits and Blue Spirits do not appear on random tiles across the battlefield. Spirits appear on spaces where your fellow players have had units taken out by the enemy–hence the ominous name of the feature and the fact that spirit tiles generally appear in enemy-infested areas. Yellow Spirits allow you to gain experience and bond experience, while Purple Spirits are tiles where players can pick up weapons and items “left behind” by fallen units. While not all these items are of value, a few are certainly worth selling at the marketplace, and some can help you increase the stats of a unit.

As for the new circular blue spots that can be found on maps, these are where units can charge their emblems. Emblem Energy spots are the quickest way to recharge your Emblem ally as you meticulously work your way across a map. While not much explanation is needed about these conspicuous blue spots, players should note that it would be wise to use up their Emblem’s special moves before heading for a recharge. Don’t waste those precious moves even if you are in a rush! The special attacks of Emblems are the most powerful moves in the game and being able to go from turn to turn with one ready can be immensely helpful.

Healers Can Now Attack, So [When Useful] Take The Offensive

Unlike the previous Fire Emblem games where the Healer Class attained a defense position and was often vulnerable as they had no means of protecting themselves, this time around the medics can get hostile on the battlefield. Units within the Healer Class have martial arts abilities that can be used to break bows, knives, and even tomes. Sending these units in is still risky as they can have poor defense and health stats, but having this ability on hand gives healers more to do than just stand around and wait to cure allies. Using a healer to inflict break on an enemy before mowing them down with another unit has become a viable strategy in Fire Emblem Engage.

Staying on the topic of healing, a staff in Fire Emblem Engage is not just used to heal allies. In comparison to the previous Fire Emblem games, staves have been given an extensive number of additional usages in Engage. There are now staves with abilities that can be used to warp around the map, bring hostile units closer to your position, create obstacles to block units from moving, debuff enemies, and even buff allies. Staves can be used by a variety of classes including the Martial Monk, High Preist, and Royal Knight, just to name a few.

Staves can be found within various maps by placing units on Purple Spirit spots, slaying enemies, and opening chests. They can also be purchased at the Somniel’s marketplace, however, not every staff is available there. If you have units that can use staves, make sure they are in their inventory, and don’t forget about them!

Pack Some Leftovers Before The Battles Ahead

Like Fire Emblem: Three Houses, there is more than meets the eye to the dining hall activities players can partake in throughout Engage. While cooking up a perfect meal with some extra ingredients will nab you pre-battle bonuses such as temporary stat increases, players can receive a rather good health item from the chef before they return to the action–if they have more than enough ingredients that is.

If you have a unit that is skilled in a specific recipe and have managed to acquire extra food ingredients while on your journey, making a larger portion through additional materials will allow the cook to pack up some leftovers after successfully making a quality meal. Leftovers are automatically sent to the convoy after they are obtained. Rather than healing from vulneraries and other purchasable items, leftovers are a great alternative that can provide units with far more health points.

Level Up Your Weaker Units Without Taking Major Risks

There are two types of Fire Emblem players: those who casually play and allow their units to avoid death forever and those who willingly make the most calculated steps in order to avoid the price of failure. While this tip is essential for all players, those playing Engage on Classic Mode will find this information the most useful.

Whether you are playing on Casual or Classic Mode, this obviously is worth returning to the game’s home base after every battle you partake in. The reason the Training Sigil will please Classic Mode Fire Emblem players most though is because permadeath has been turned off for these training matches–in other words, you can get your weak unit slain against their ally as many times as you need just for a level up. Players can easily turn low-level units from cannon fodder and liabilities to some of their most valuable warriors by checking in every few hours and participating in a handful of matches.