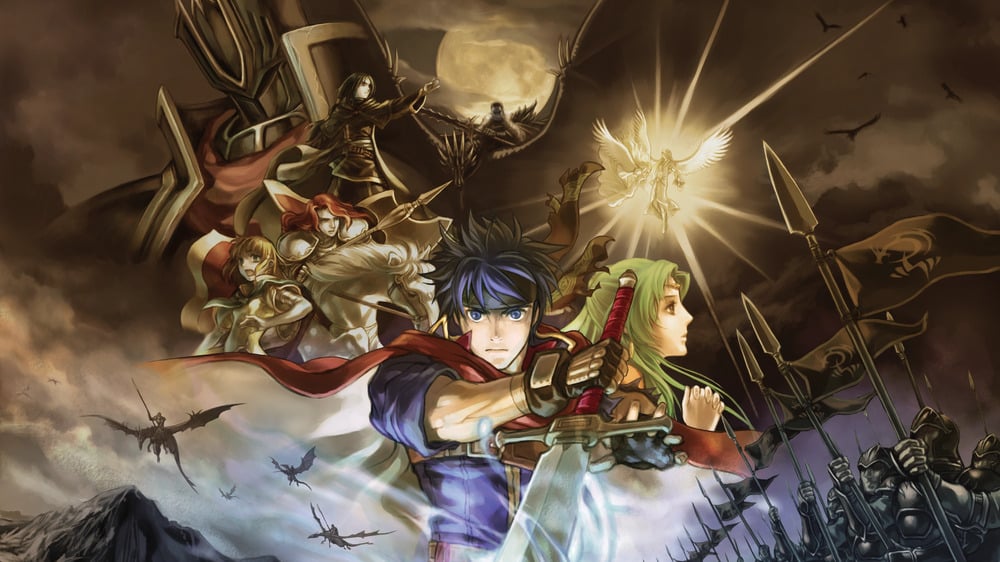 The influence of Path of Radiance…

Fire Emblem: Path of Radiance is perhaps one of the most influential games in the series, as it started multiple trends that have continued to be vital to the series. Most notably, Path of Radiance was Fire Emblem’s 3D debut after 15 years of exclusively 2D graphics. Along with it being the first 3D game, it was also the first to have full motion cutscenes and voice acting, both of which modern fans have come to expect from the franchise. Additionally, several other features such as the base and the laguz originated in this game and went on to be important aspects of the franchise. Path of Radiance was the trailblazer that helped make Fire Emblem into what it is today.

A New Era For Fire Emblem

Recent mainline Fire Emblem games have been exclusively 3D, with the exception of the pixel sprites on the maps of Awakening, Fates, and Shadows of Valentia. Path of Radiance, despite being the first 3D game, actually featured 3D models on the maps similar to Three Houses. The battle scenes are entirely rendered in 3D as well, allowing the fights to play out smoothly. The quality of the battle sequences and cutscenes were made possible by motion capture, though with some extra details added to the movements to make them feel more fantastical. The cutscenes are especially impressive for a game that was released in 2005. The action is animated surprisingly well, the motion of the capes and clothes are very fluid, and even the beast and bird laguz have natural movements. These animations were far ahead of their time.

Before battles, extra gameplay is available at the base. In the base, the player can access supports, watch base conversations, use bonus experience, or use the forge in addition to regular battle preparations. The battle preparations and supports were already a common feature prior to Path of Radiance, but the base conversations, bonus experience, and the forge originated with this game. The addition of a place where the player and the units can relax before the next battle makes Path of Radiance feel less linear. The next games in the series—excluding Shadows of Valentia—featured hubs for the player to visit between battles, likely to reduce their linearity as well.

The base conversations are short dialogues that can be viewed between chapters. They differ from supports in that they may not provide gameplay benefits, except for three star conversations that provide you with equipment or even a new recruit. There are also one star and two star conversations; the former provides insight into the characters, and the latter provides strategic tips. Regardless, all of the chats add more life to the world and create an immersive experience that older games lacked. Previously in the franchise, dialogue only appeared within the story or in supports. The addition of conversations outside of those instances gives more depth to the characters and can even help with gameplay aspects.

A Unique Hero and New Race

In a series filled with royalty and nobles as protagonists, Ike is notably the first and only one of two heroes that has no connections to any aristocracy. He is simply the leader of a mercenary group left to him by his deceased father. His common background allows players to relate to him and allows them to see a unique perspective of Tellius. While Ike has many heroic traits, such as a desire to help others and a kind demeanor, he is also quite different from other protagonists. To contrast with previous lords, Ike actually dislikes nobility. It is not until he meets the down-to-earth princess Elincia that he begins to change his view of nobles.

This was the first time Fire Emblem had a commoner protagonist, but the idea was not used again until Byleth in Three Houses. Regardless of whether this type of hero truly became a trend or not, Ike still stands out as being a completely ordinary person. He simply got caught up in the game’s plot, rather than being someone who was connected to the plot all along like Byleth.

Another of Ike’s traits is that he is one of few humans that does not harbor any animosity towards the laguz, a race of beings that can shapeshift between humanoid and animal forms. The laguz are the first instance in the series of transforming animal units. They are immensely powerful when transformed, but are weak when not. Their form is determined by a transformation gauge that fluctuates throughout battle. When it is full, the laguz in question transforms; when it is empty, they revert back to a humanoid form. This differs from the recent Taguels, Wolfskins, and Kitsunes that simply use beaststones to attack and transform. Despite the differences, the animal units used in the series today owe their existence to the laguz of Path of Radiance and Radiant Dawn.

Fire Emblem: Path of Radiance introduced multiple new features, reinventing the series for the 3D era of gaming while also continuing old series traditions. The 3D graphics, voice acting, cutscenes, base, and the laguz were reused in Radiant Dawn, then those concepts were later reworked for games such as Awakening, Fates, Shadows of Valentia, and Three Houses. The first Tellius game was a pivotal turning point in the series that affected every game afterwards. Even though the following games made improvements upon some of the mechanics from Path of Radiance, it still remains a great Fire Emblem game in its own right.