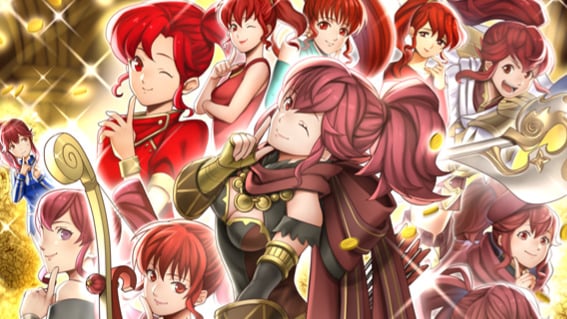 While the protagonists are the stars of the series, Fire Emblem also has a vast array of supporting characters who are sometimes just as good as the main characters. From characters who are crucial to their game’s story to those that stay in the background, but are still interesting in their own right. The allies that join the main character’s army or assist them outside of battle are the heart of the series; Fire Emblem would not be the same without its large cast of colorful characters. Though all of them are amazing in their own way, there are ten supporting characters that are comparable to each of their game’s protagonists.

Takumi is both loved and hated by the fandom; it depends on the player. However, those that like him enjoy the fact that he harbors some animosity towards Corrin at first, rather than just trusting them immediately like his siblings do. In Birthright, he is able to get past this initial dislike of the Avatar and develop a good relationship with them. This game, along with Revelation, shows the majority of his personality and his softer side. In Conquest, he becomes the final boss, having succumbed to his anger towards Corrin and been possessed by Anankos. His tragic downfall in Conquest shows him to be one of the most complex characters in the game, whose entire personality and role changes according to the player’s choice.

9. Navarre from Shadow Dragon and the Blade of Light and Mystery of the Emblem

Navarre is a lone swordsman who travels the land, honing his skills in battle so that he can defeat the best. Though he is not against killing if his odd jobs involve it, he retains a sense of morality despite his desire to become the most powerful swordsman. He refuses to ever harm women or children, and even goes out of his way to protect them. In fact, his association with Marth’s army is caused by his refusal to harm women; Caeda gives him the option to join Marth’s cause or fight her, resulting in Navarre choosing the former. While he does not have a large impact on the story, he began Fire Emblem’s Navarre archetype, that of brooding lone wolves who focus all of their attention on battle. As the trendsetter for the rest of the Navarre archetypes, the original Navarre is one of the most impactful characters on the rest of the series.

8. Deirdre from Fire Emblem: Genealogy of the Holy War

Deirdre is a mysterious woman that dwelled in the Spirit Forest before falling in love with Sigurd and leaving her home with him. Because her whole life was spent in the forest, she is a bit naive and holds an innocent view of the world. Though she is shy and unaccustomed to living outside the forest, she displays a large amount of kindness towards all of those around her. Unfortunately, she is only present in the first half of the game, and is with her love Sigurd for even less time than that. Her memories of him are erased after she gives birth to their son Seliph, and she then has children with main antagonist Arvis shortly after he killed Sigurd. Her story is a tragic one; that of a kindhearted and naive young woman, who falls deeply in love only to have that love destroyed. Deirdre is certainly a character that deserved better.

Owain is a member of the second generation of Awakening, yet is one of the most notable characters in the game because of his dramatic personality. He speaks in a way that most of the other characters cannot even understand, constantly referring to his sword hand or making up legendary names for weapons. Not only that, but he is also a big source of easter eggs in Awakening, regularly naming attacks after previous Fire Emblem games. Though many people around him find his antics strange and ask him to speak plainly, most fans adore his way of speaking and find him to be one of the most entertaining characters in Awakening. He even made a return in Fates as a dark mage named Odin.

Following the protagonists of Awakening, the most recognizable character from that game is the gloomy dark mage Tharja. Though typically very cold towards most people, Tharja falls in love with Robin and dedicates most of her supports, even those with others, to her affection for the Avatar. When she is not focused on pursuing her love, she dedicates her time to curses and hexes, even using them to hex her own allies if they irritate her. She seems like an unpleasant individual, especially when she uses her daughter as a test subject for hexes. However, her genuine love for Robin, gloomy disposition, and somewhat awkward way of interacting with people has captured the hearts of many, leading to her being near the top of most popularity polls for Awakening.

Lysithea, the studious young mage from Three Houses, captured the hearts of many with her impressive strength and depressing backstory. She dedicates the majority of her time to studying and ensuring that she makes the most of her short life, which was caused by experimentation with her Crest. Her dual Crests, along with her skill in magic, make her a force to be reckoned with on the battlefield. Though she is a beast in battle, her personality is quite endearing if the player gets past her prickly exterior. She is beloved for her surprisingly sweet demeanor when with close friends, with many players hoping to achieve an ending for her that extends her lifespan.

4. Soren from Path of Radiance and Radiant Dawn

Very few characters in Path of Radiance and Radiant Dawn are voiced or appear in cutscenes, including Soren, Ike’s closest friend. Soren is an intelligent yet stoic strategist with a disdain for anyone that is not Ike. As a Branded, he was shunned by the beorc in his time of need, almost dying from starvation until Ike came along and gave him food. After this, Soren set out to find Ike once again. Years later, he joined the Greil Mercenaries and began using his skill in magic and strategy to assist his only friend. He is quite cold towards other members of the Mercenaries and the laguz, leading to some hilariously sarcastic and insensitive lines.

Gatekeeper is the odd one out on this list; he is not playable in the game he originates in. He only became playable in Fire Emblem Heroes after achieving first place in Choose Your Legends 5, a feat that even popular protagonist Chrom has not been able to accomplish. While not playable, Gatekeeper is beloved by the fandom for his endearing personality, humorous lines, and English voice, which he shares with Shadows of Valentia’s protagonist Alm. He always greets the player with a cheerful attitude and serves to not only report the news to them, but also gives them a bit of lighthearted banter amidst the drama of the main plot itself. He does not fight or have any relevance to the story. For this reason, it is quite impressive that he captured the hearts of so many and managed to be promoted to playable in Heroes. His landslide victory demonstrates the fandom’s love of him.

2. Tiki from Shadow Dragon and the Blade of Light, Mystery of the Emblem, and Awakening

Tiki, daughter of the Divine Dragon Naga, originated in the very first game and has become a series mainstay since then. She has appeared in every Archanea game in both childlike and adult forms, and also frequently appears in spinoffs. Because of her nature as the daughter of Naga, she plays a crucial part in many games. She is so powerful that Naga was forced to seal her away in an indefinite slumber, to prevent Tiki from degenerating and harming humans. When she awakens, she proves to be quite childlike and shares a special bond with “Mar-Mar,” the nickname that she gives to Marth. Even in Awakening, in which she matures considerably, she still retains a childish streak and a love for her old friends.

Anna has appeared in more Fire Emblem games than any other character; all except Gaiden and Shadows of Valentia, in fact. The money hungry merchant has become a staple of the series, sometimes even becoming a playable character rather than an npc. Because she is present in so many games, her ability to be in so many different lands and times is because Anna is not one person; there are multiple Annas, all of which are sisters and share the same desire for money. The sheer absurdity of hundreds of possible Annas is a huge contrast to the relatively serious games she appears in. Her humorous nature and personality make her especially notable, hence her numerous appearances throughout the series. Anna is the only character to be featured in so many Fire Emblem games, which is surely a testament to what a great character she is.