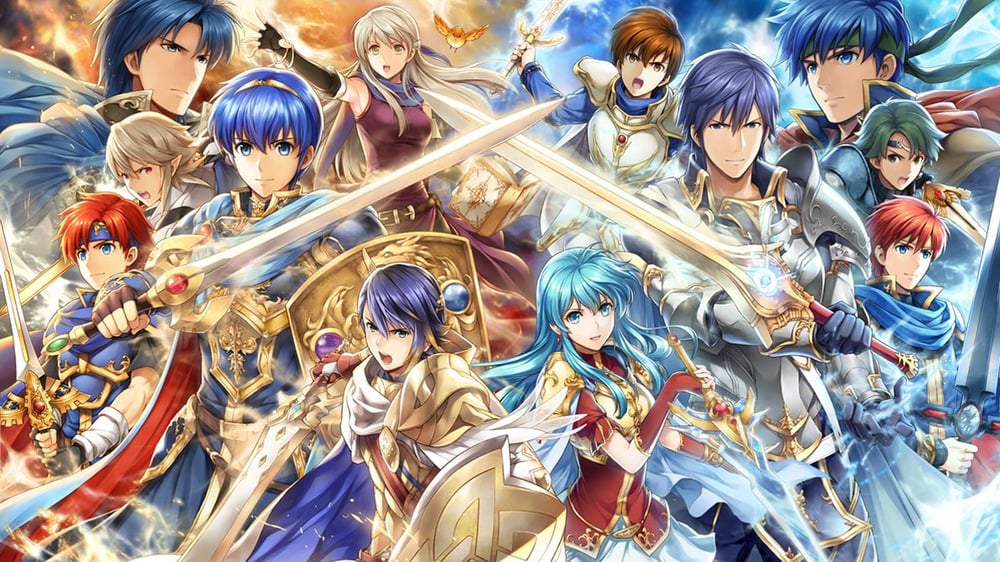 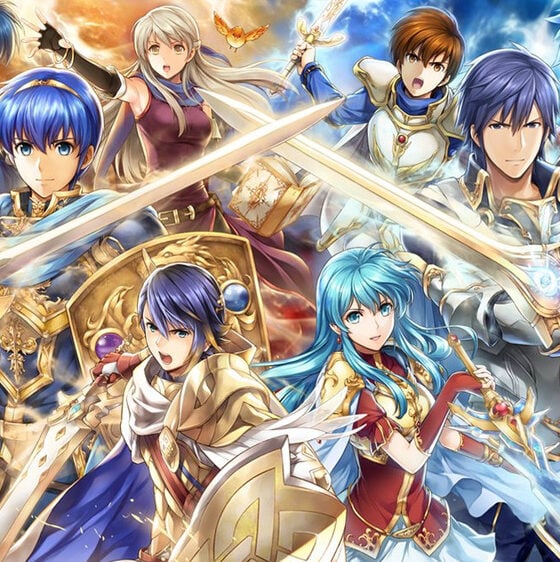 Only one noble Fire Emblem lord can reign supreme.

Ranking the Protagonists of the Fire Emblem Series

Fire Emblem is one of Nintendo’s longest-running video game series with 16 mainline games currently under its belt. While some of these games were remakes, most of them were original entries featuring new protagonists. Fire Emblem’s many leading lords and heroes are part of the reason why the series has been so successful; each main character has been interesting and a vital part of the game’s events. However, as with any series, some protagonists are better than others. This is our ranking of all the main protagonists in Fire Emblem by their personality, story, and how much they stand out from their fellow leaders.

Corrin is Fire Emblem’s first dragon protagonist, after years of manaketes only being supporting characters. This gives them the advantage of having unique gameplay compared to the rest of the series’ main characters, but that is really Corrin’s only advantage. Corrin is infamous for his or her terrible decision-making in every route of Fire Emblem Fates, but especially in Conquest. The character’s naive personality is the result of their sheltered childhood in Nohr. It may justify the protagonist’s actions, but almost the entire plot of Conquest could have been avoided if only Corrin and Azura had made a better plan. Corrin’s Birthright portrayal improves them a bit, but makes them more willing to kill than the Conquest version. While they are great to play as Corrin’s role in the story easily puts the Fates leader at the bottom of this list.

Eliwood, father of The Binding Blade’s Roy, is a polite man who despite having a reputation as naive and vulnerable, is a capable warrior. He is humble and gets along well with everyone he meets, regardless of their allegiances. While he is a perfectly good main character on his own, one of his biggest issues is that he is overshadowed by his fellow protagonists Hector and Lyn. Eliwood is the main protagonist of The Blazing Blade. He should be the most interesting out of the three leading figures, but his story ultimately falls short of doing so. Unfortunately for him, Hector and Lyn are much more memorable and beloved by the fandom.

10. Ephraim and Eirika from Fire Emblem: The Sacred Stones

Twin lords Ephraim and Eirika are polar opposites; Ephraim is reserved and enjoys fighting, while Eirika is openly kind and detests battle. Still, they have a close relationship and care for each other. Their contrasting personalities and ideals make them an intriguing duo, as they both provide different perspectives of the game. For example, Eirika has more of an understanding of diplomacy while Ephraim values fighting above royal duties. Though they are very different, they care for their allies the same and also care just as much about the antagonist Lyon. The relationship between the three of them is an important part of The Sacred Stones.

Micaiah is Radiant Dawn’s second protagonist alongside Ike, but she has her own entry on this list since Ike was introduced in Path of Radiance on his own. Micaiah is extremely devoted to Daein, willing to do anything to protect its people. Taking care of the citizens is her highest priority. She is extremely loyal to both Daein and its prince Pelleas, which leads to her participating in unpleasant acts during the war. Though sometimes her loyalty clouds her vision, she is still a kind individual, even towards her enemy Ike.

Roy has many similarities to his father; he is a bit naive, is very calm, and gets along well with those he works with. But Roy is also quite intelligent and perceptive despite his youth, being only 15 at the beginning of his journey. He is a polite and formal young man that wants to do his best as a leader. However, all semblance of formality fades when he must interact with certain girls. His awkwardness around females and his clumsiness are the biggest differences between him and his father, and it is those traits that make Roy a great protagonist.

Byleth, despite being a professor, rarely speaks and keeps a stoic face at almost all times. Their emotionless demeanor is not without reason, though; it is important to the plot and their character. It is made known early on that Byleth has always lacked emotion, even when they were a baby. But after spending time with their students, Byleth slowly begins to be more expressive. Their personality is also determined by the route chosen, with each one helping them learn how to express themselves better. Compared to other protagonists, Byleth potentially goes through the most character development, as they have four different outcomes.

Leif spent most of his life on the run from the Grannvale Empire, resulting in him having limited knowledge of the world. At the beginning of Thracia 776, Leif is an inexperienced fighter motivated primarily by revenge and anger. Throughout the game, he grows into a capable warrior and a calmer person, now motivated by a desire to be a hero. However, he struggles with low self-esteem because he does not have a Brand or major Holy Blood. But even without those things, he still manages to prove his worth through his strength and determination. Leif’s hard work to become a truly great warrior is a fitting reflection of just how strong his character is.

Alm and Celica share the role of protagonist in both Gaiden and Shadows of Valentia. Their relationship is the driving force of the story, with Alm representing the war god Duma and Celica representing the earth goddess Mila. Both of them are kind, but Alm is more willing to fight than Celica is. He believes in making a difference in the world and defending the Deliverance, even though he has to charge into battle to do so. Celica is the pacifist of the two who strives to resolve conflicts peacefully, though she does not hesitate to fight if necessary. Their differences, with Alm setting out to defeat Rigel and Celica’s journey to find Mila, make them the perfect protagonist duo. Their respective quests show two sides of the same story. In the end, they get past their differences and unite Zofia and Rigel as the new kingdom of Valentia, with the two of them as its rulers.

4. Marth from Fire Emblem: Shadow Dragon and the Blade of Light

Marth is the first protagonist of the Fire Emblem series. He unquestionably set many of the trends that every protagonist proceeding him inherited. The hero king is a kind and humble prince, though a bit naive and idealistic. Though he is not one for fighting, he is a brave leader that is willing to go headfirst into battle to protect those he cares about. His leadership skills are what makes so many people trust him, even though he does not think his skills are that great and frequently asks others for reassurance. Marth has all of the traits of a good main character, which is why multiple other Fire Emblem protagonists are similar to him. However, since he is the creator of the kind, naive, yet humble protagonist archetype, Marth stands out as one of the best.

Marth’s descendant has more depth than his ancestor, likely because of recent games’ emphasis on character development. Chrom has the same noble ambitions as Marth but is given more time to show other aspects of his personality. He is not the wisest protagonist; he lacks expertise in strategy, so he relies on his friend Robin’s tactical advice. Chrom instead strives to be a good leader in battle, defending the Shepherds and Ylisse. Though he cares for his allies, he can be a bit awkward with them as well, especially the women in the Shepherds. His awkwardness leads to lots of comedic moments with him. Though he has many traits that make him a great character on his own, his bond with Robin is what makes him one of the best. Since Robin is the player character, the player experiences a bond with Chrom as well; many people that play as female Robin even choose to marry him.

2. Sigurd and Seliph from Fire Emblem: Genealogy of the Holy War

Sigurd and Seliph are both protagonists of Genealogy of the Holy War, though unlike other duos on this list, they do not get to fight together due to Sigurd’s tragic fate. Sigurd, like many other protagonists, is naive. Unfortunately, his naiveté leads to his downfall, as he is far too trusting of Arvis. Because of this, Seliph strives to be more mature than his father, though he still respects him and tries to get revenge for him. Their story is especially interesting compared to other protagonists; no other Fire Emblem protagonist died halfway into their own game, only to be replaced by someone else. Both of them are different enough to provide a unique narrative for the game.

As the protagonist of both Path of Radiance and Radiant Dawn, Ike is the only main character besides Marth to star in multiple games, and for good reason. Ike is one of two protagonists that is not a noble, giving him a more relatable perspective of the story and world. Though he is naive like most other protagonists, Ike is accustomed to battle due to being a mercenary. He is also very blunt and to the point, but is still an extremely kind person who puts his life on the line for his allies and for the sake of the Laguz. One of the biggest differences between him and other Fire Emblem protagonists is that Ike dislikes nobility, at least until he meets Elincia. Ike enjoys a simple life rather than a life of luxury; he remains humble even after the events of Radiant Dawn. Ike is the best Fire Emblem protagonist because he stands out from all of the others and breaks series traditions in a truly entertaining way.