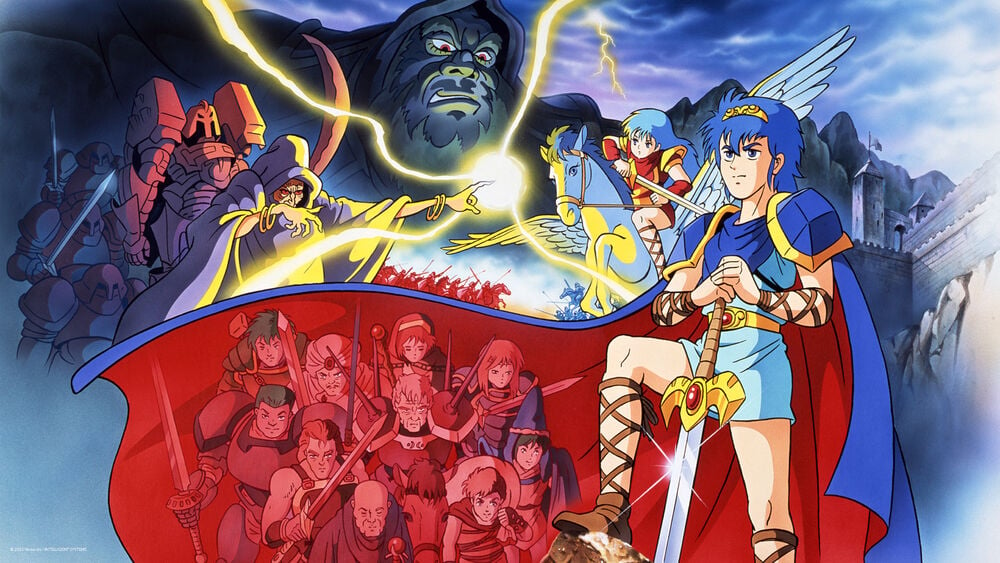 When Super Smash Bros. Melee was first released in 2001 and 2002, many players outside of Japan were surprised by the inclusion of one specific unlockable character: the Hero-king Marth, from Fire Emblem: Shadow Dragon and the Blade of Light. Fire Emblem was relatively unknown to westerners due to all of the games in the series being exclusive to Japan. Eventually, interest in Fire Emblem was created by Super Smash Bros, resulting in The Blazing Blade being released internationally. A few games were made available outside of Japan after The Blazing Blade, but Marth did not make his official western debut until Fire Emblem: Shadow Dragon came out in 2008-2009 on the Nintendo DS. Until then, Marth was only known from his Super Smash Bros. appearances.

Shadow Dragon and the Blade of Light was the first game in the Fire Emblem series released for the Famicom in 1990. It was then that Japanese players became acquainted with Marth and the world of Archanea. Marth is the very first protagonist of the series, a prince that fights in the War of Shadows against the dragon Medeus. He sets off to acquire the sacred Falchion and the Fire Emblem itself in order to defeat both Medeus and the priest that resurrected him, Gharnef. Marth’s journey is usually considered to be the peak of Fire Emblem by the Japanese fandom, but since the western fandom did not have access to Marth’s story for so long, they typically prefer Path of Radiance.

While most Nintendo fans were introduced to Marth through Super Smash Bros. Melee, this was actually not his first appearance in the west. A 1997 anime, simply called Fire Emblem, was made available in English. The anime is very short, with only two episodes being produced. Since this was the very first piece of Fire Emblem media translated into English, there were multiple localization errors, such as referring to Marth as Mars. Due to its length and the lack of interest in Fire Emblem outside of Japan, not many people learned about Marth and Fire Emblem in general until Super Smash Bros. Melee.

The Effect of Super Smash Bros. on Marth’s Popularity

A few years after the anime aired, Marth finally made his gaming debut in the west. Marth and Roy are both unlockable characters in Super Smash Bros. Melee, Marth because of his status as the first Fire Emblem lord and Roy because of his upcoming game. Many players did not know who Roy was either, but that was partially because of the fact that The Binding Blade was still in development. However, Marth’s lack of representation in the west stood out due to the fact that Shadow Dragon and the Blade of Light was already released, yet not available to English speaking audiences. Many Nintendo franchises had already made the jump overseas, including the similarly medieval-inspired Legend of Zelda series, so it seemed strange that Fire Emblem had not yet.

Prior to the release of Melee, Marth and Roy were intended to be playable only in the Japanese version of the game because of this situation. However, during localization, both characters were well-received and were included in all other versions. Even though both of them were unknown in the west, they became very popular, especially Marth. Western players became curious about this particular fighter and began wanting his games made available to them, but they had to wait many years until their wish became true.

Positive reception of the two Fire Emblem fighters in Melee resulted in The Blazing Blade being localized, along with most Fire Emblem games after that. Despite the fact that Marth and Roy were the ones that sparked interest in Fire Emblem in the west, neither of their original games were made available to English speakers.

Marth’s New Appearances in the West

While Roy’s game remained in Japan, Marth’s game finally made the jump overseas as a DS remake. Shadow Dragon is a complete overhaul of the original game, with the old gameplay reworked to match that of the GBA and Tellius games. Additionally, it also includes updated graphics and artwork. Despite the interest in Marth that was sparked by Super Smash Bros, Shadow Dragon did not do well in the west. Its release was met with little fanfare. A little over a year later, Mystery of the Emblem also received a DS remake, entitled New Mystery of the Emblem. This game, unfortunately, did not leave Japan, likely because of Shadow Dragon’s less than stellar reception.

After New Mystery of the Emblem, Marth received small roles in the main games and prominent roles in spinoffs. Awakening frequently mentions him, with Lucina even taking on his name as an alias. The royal family of Ylisse is directly descended from the Hero-King Marth, and DLC even allows players to recruit him. However, this is not canon to the story. Neither is his presence in Fire Emblem Fates or Shadows of Valentia, in which he can be summoned via his amiibo.

Fire Emblem Heroes introduced Marth at launch in 2017, and has given him multiple alts since then. While not prominent in the story, he is likely one of the first heroes a player will get and is featured in promotional material. Later in the same year, Fire Emblem Warriors was also released. In this game, Marth and his allies are vital to the story, being one of three games to have an entire arc dedicated to it. In this, Marth is able to interact with characters such as his descendants from Awakening as well as people that are strangers to him, such as the cast from Fates.

Marth is still a recurring fighter in the Super Smash Bros series, now joined by many other Fire Emblem characters. For the next two games, he was only voiced by Hikaru Midorikawa; it had become somewhat of a tradition for him to have a Japanese voice actor, since at the time of his inclusion in Melee, he did not have an English voice actor. However, by the time of Ultimate, he had gained an English voice actor in Yuri Lowenthal. Ultimate is the first instance of Marth speaking English in Super Smash Bros.

Finally, after 30 years, Fire Emblem: Shadow Dragon and the Blade of Light left Japan for the first time. A limited-time port and localization was released for the Nintendo Switch E-shop, along with a special physical edition that included several items such as a replica of an NES cartridge of the game. Marth’s history is even referenced by Nintendo themselves in the trailer for the port, where two children are playing Melee together and one asks who Marth is. Fortunately, because of this port, there is no need to ask that question anymore.

Marth is Fire Emblem’s most recognizable character, even in the countries where his games were unavailable. But this lack of representation may have been what made him stand out so much; he was an unknown character that kept appearing in crossovers and spinoffs, so of course players would wonder who he is. It took a long time, but now people outside of Japan can truly learn about Marth through his original game. Perhaps someday there will also be a port or a remake of Mystery of the Emblem, allowing players outside of Japan to continue following Marth’s journey.