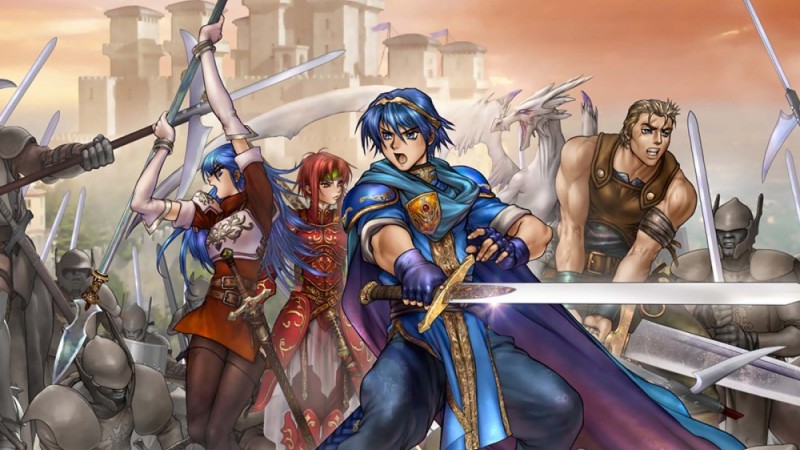 Let’s be honest, Nintendo’s marketing can sometimes be a little cringe-worthy. Let’s not forget the painfully awkward Ring Fit Adventure demonstration. That one haunts me sometimes. But I have to admit that the trailer for the Western release for the first game in the Fire Emblem series was actually weirdly relatable.

The trailer takes us back to 2001 when Fire Emblem characters Marth and Roy became playable characters in Super Smash Brothers Melee. As we see two players battling as Marth and Roy, one of the kid’s remarks that they don’t know who these characters are. The other child tries to explain who Marth is and what the Fire Emblem series is all about, much to the confusion of the other child. This is actually super relatable. The only difference with my experience is that I didn’t play Super Smash Brothers with anyone who actually knew Marth or Roy. My brother and I would never usually choose to play as them as we just didn’t have an interest due to a lack of knowledge and investment in the Fire Emblem series. I did actually like playing as Marth when I sometimes did but he never stuck with me like characters such as Pikachu or Zelda did. So many kids- and adults- around the world probably had the same experience because the first Fire Emblem game was never released outside of Japan. Fast forward twenty years and the game has become a huge success in the west as well as the east. I myself only recently became invested in the franchise after playing Fire Emblem: Three Houses, a title which propelled the series’ popularity even more so. But the very first Fire Emblem game is finally getting the recognition it deserves with a western release- as the trailer announces.

Fire Emblem: Shadow Dragon and the Blade of Light will be coming to the Nintendo Switch in a fully localized English version of the title. The game will be released in all of its original 8-bit glory with several new features, such as the ability to rewind a previous turn or fast forward through player and enemy actions. The game will be released digitally but- unfortunately- Nintendo are only allowing the game to be purchased for a limited time, much like their decision with Super Mario 3D All Stars. The description on Nintendo’s official website reads:

Fire Emblem: Shadow Dragon & the Blade of Light can only be purchased until 31/03/2021, owners can still play its entire contents after this date has passed, and can also redownload it from Nintendo eShop if the software has been archived.

I’m unsure as to why Nintendo are deciding to make certain games limited time only, but there is the bonus of the price of the game this time around. The UK Nintendo store has marked the game as £5.39, which is around $7. It’s a pretty good deal, even if it a game that is 30 years old. With the game finally seeing the light of day outside of Japan for a surprisingly reasonable price, perhaps we can forgive the fact that it has taken three decades to do so.

Fire Emblem: Shadow Dragon and the Blade of Light will be available to buy digitally on December 4th, 2020.

‘Spider-Man: Miles Morales’ Texting Trailer Gives Us a Glimpse of the Narrative