Over the course of the ten or so hours I’ve spent battling through Nintendo’s free-to-play mobile offering Fire Emblem Heroes, I have yet to spend a dime. I’ve beaten the campaign on normal (and nearly on Hard), leveled up my warriors by grinding XP in the various training strati, faced the units of fellow tacticians in the arena, and summoned a decent amount of characters (including a 5-star Marth) from which to form well-rounded teams, all with zero charge to my bank account. So, how then did Nintendo still get my money? Because Fire Emblem Heroes does exactly what it’s supposed to: act as a gateway drug to the franchise as a whole. Whether I end up hooked on the harder stuff remains to be seen, but that it got me to experiment a bit is what’s important.

Due to the often rave reviews, I’ve long been curious about the Fire Emblem series, but taking the plunge just never happened. With some exceptions, RPGs just don’t pique my interest these days as much as they used to, even ones focused on strategy, and though the brainier elements of maneuvering the right pieces into the proper positions appeals to my chess-loving nature, the prospect of keeping track of the stats of an entire army over thirty hours or so was at best intimidating, and at worst seeming like too much of a chore. Yes, I had been told many times that the games are fairly decent at easing players into the genre, but I can be lazy sometimes, and I didn’t feel like wagering forty bucks to find out. Fire Emblem Heroes completely eliminates that financial risk, and because I spent no hard-earned dollars, I felt no pressure for the game to be good; I was allowed to wade into the water at my own speed, to discover the game’s concepts — and decide if I liked them — on my own terms. Yes, mobile games are generally in the business to make money, but as Nintendo has now convinced me (even with the success of Pokemon Go translating to higher 3DS sales, I thought that might have been an isolated case), they can also be used as advertisements. 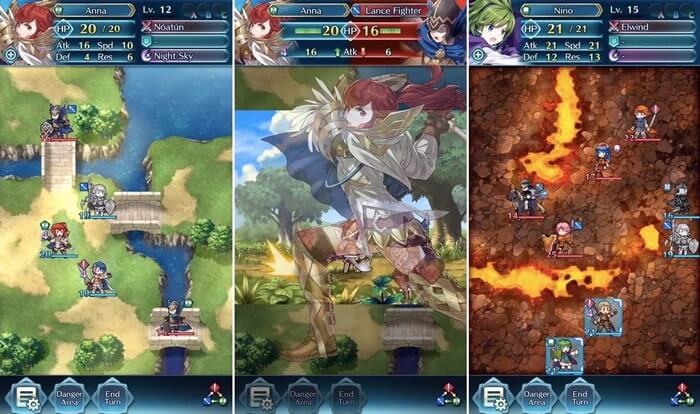 I think this looks great, but what does a newbie know?

As a lifelong Mario fan since the very first NES game, I wasn’t exactly over the moon about Super Mario Run. Everything from the controls to the levels seemed too basic for an old pro like me. I hundred-percented it more out of reflex (and because I spent ten dollars on the thing) than pure Mario passion, and though I was happy to see Nintendo’s most recognizable ambassador reaching an even larger audience, I wondered what sort of effect he could have with what I thought was only a shallow version of the normally brilliant platformers bearing his name. Yeah, it’s a mildly fun diversion, but I certainly wasn’t inspired to run out and buy New Super Mario Bros. 2 or anything. Could this dumbed-down version of the gold standard for digital running and jumping really bring new players into the fold? Or would it put the uninitiated off?

Pessimism came easy at the time, but perhaps I was too quick to judge. After all, Fire Emblem Heroes may certainly disappoint longtime fans (at least a little bit) with its lack of permadeath, inability to have characters form relationships, marry, and even birth time-traveling kids who can join the war, and the surely many other intricacies and features that make the games so beloved. I don’t know because I’m not one of them. Maybe the core audience cringes at the chibi representations of their favorite heroes, the small, uncomplicated grids, and the cursed stamina meter that slowly trickles back to full before allowing more play. Maybe they hate that heroes must be summoned with orbs instead of recruited through battle. Maybe FEH is just too casual, too uninspired when compared to its console and handheld siblings; a Fire Emblem for rookies. Like how I see Mario Run. 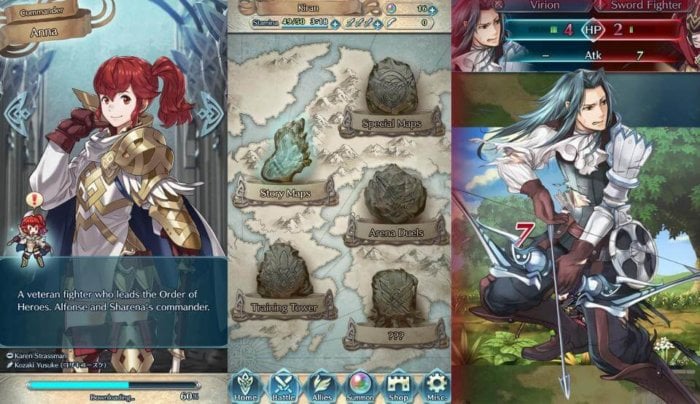 Do all FE characters have such amazing hair? I’m in!

Well, I’m a Fire Emblem rookie, like many others I’m sure, and damn if I don’t want to see the light now. Because of these quick five-minute battles, the silly, sometimes weirdly suggestive dialogue, the ro-sham-bo way that warriors can dominate or be susceptible to opponents (except for my Marth, who destroys everyone), I’m completely addicted. I know I’ll be putting monster hours into this for quite a while, even without caring one iota about collecting the hundreds of different personalities (I don’t know who any of these people are, so why should I give a shit about Ike or whatever purple-haired weirdo shows up in my barracks?). I’m not going to pay for a single orb, not one, and I’ll get a massive amount of entertainment. However, like with any addict, that won’t be enough. I know that soon I’ll have exhausted all of my Fire Emblem Heroes goodness, and I’ll need more.

Here’s the part where Nintendo wins. I would have gladly paid the same rate up front for Fire Emblem Heroes that I did for Super Mario Run, but only in hindsight. Because Nintendo made it free-to-play, allowing me (and presumably others, since I refuse to believe I’m a freak) to discover the awesomeness we didn’t even know we were missing without sacrificing any dough, they have already increased their sales by at least one. Fire Emblem Awakening has been downloaded into my 3DS, and the training wheels are off. The basics I was taught from 4-on-4 skirmishes have given me a head start in understanding how to wage a vast war where the Weapons Triangle rules all, and though learning how the support conversations and recruiting works (I already stupidly blew getting Donnel Tinhead), as well as suffering through the pain of losing favorites who can never come back (I see now why Classic mode is preferred – it’s an emotional roller coaster), Awakening is the logical progression, the Fire Emblem meat after the appetizer, a dish I can really sink my teeth into and savor. So far, I’m loving it, and if things go right, who’s to say I won’t become a regular paying customer of the franchise? 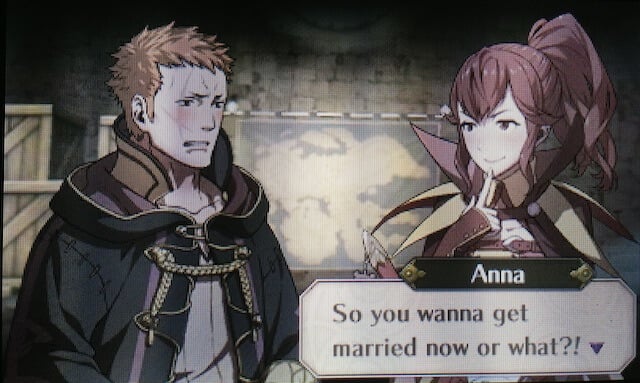 Nintendo and I both have Fire Emblem Heroes to thank. Though the grid-based strategic gameplay is simplified from its console and handheld brethren, for those who only know Marth, Ike, and Robin from Super Smash Bros for Wii U, this app serves as a wonderful introduction to what the franchise has to offer, letting newcomers have just enough of a taste that they may get hooked. Who knows what immediate rewards the mobile app may reap (though it’s off to a good start); the goal of any business should be for the long term, and in generating interest for a franchise ready to take the next step into a brighter spotlight, Fire Emblem Heroes does exactly what it’s supposed to.