The figures speak for themselves. Fire Emblem Heroes was reported to have grossed nearly $3 million in its first day of release. This astonishing figure makes it the third highest ranking app by gross revenue in App Store and Google Play worldwide. This is obviously dwarfed by Pokémon Go and Super Mario Run, which grossed at $10.2 million and $8.4 million on their first day respectively. But the brand names of Pokémon and Mario are recognizable worldwide; a powerful brand name is a marketing savior. 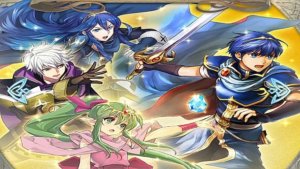 What’s clever is the tactical arrangement of their mobile releases. Nintendo used a recognizable brand to announce their arrival in the market. Mario to Nintendo is what Pikachu is to Pokémon, he’s recognized all over the world above any other character. This apperception attracts consumers that would otherwise not be drawn towards Nintendo. Pokémon Go represents this phenomenon perfectly. The average Pokémon user is 25 years old, as a child, they would have likely been at the center of the Pokémon glory days. Nostalgia is a brilliant marketing strategy, and whilst these young adults might not have a Nintendo 3DS, they certainly have a smartphone. The ability to play a game based on a franchise from their childhood certainly attracted them to Pokémon Go.

So what does this mean for Fire Emblem Heroes? Well, if you’re already an established Nintendo fan, absolutely nothing. An avid Nintendo fan was already going to be aware of the Fire Emblem franchise, and a game on the mobile wasn’t going to be missed quite so easily. But it wouldn’t be too much of a leap into the dark to suggest that most smartphone users aren’t Nintendo fans, they probably don’t own a Nintendo 3DS or previous Nintendo consoles with the Fire Emblem presence. Super Mario Run was instantly more recognizable to the average smartphone user. Fire Emblem Heroes has grabbed the tail of Super Mario Run and followed to find potential new consumers. 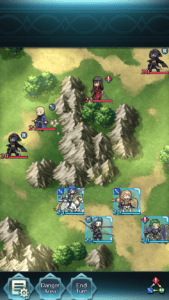 The ingenious strategy comes to life when you realize the different approaches to earning in-game revenue. Super Mario Run required a $10 payment to unlock the full game, Fire Emblem Heroes is ‘free’. Instead of paying to unlock the full game, you can buy orbs for between $1.99 to $74.99, which can be used to obtain new heroes. The problem that arises here is the mystery of the hero you’ll obtain. You might get a new hero, you might get a duplicate. In Japan, this concept is common and is now regulated by their government. How it’s been perceived elsewhere is not yet known.

However, orbs can be obtained throughout the game, ensuring the game can still be played for free. This gives the chance for more users, likely enticing new consumers to the franchise. Just last month, Fire Emblem Warriors was confirmed for the Nintendo Switch; the new Nintendo console is set for release next month. A hype for Fire Emblem now would certainly push the franchise into the eyesight of new fans, something Nintendo needs to do with a lot of it’s lesser known games.

Nintendo plans two to three new mobiles games each year. Animal Crossing has been delayed until 2018 and Nintendo have yet to confirm other mobile games set for release this year. The momentum is now there and Nintendo would be wise to continue using their mobile incursion to promote the lesser known titles. A Pikmin game would certainly be a clever strategy game on the smartphone, or maybe something a little old-school with a Star Fox title. Either way, there is now the potential for Nintendo to bring its other games to the forefront of the mobile gaming arena, an advantage it shouldn’t neglect.

Fire Emblem Heroes is one of the best mobile games out there right now and deserves all the positive critic acclaim it has received. Nintendo has been making all the correct moves recently, but next month will be the most critical. Get the Nintendo Switch right then suddenly the move into mobile gaming becomes much more lucrative.