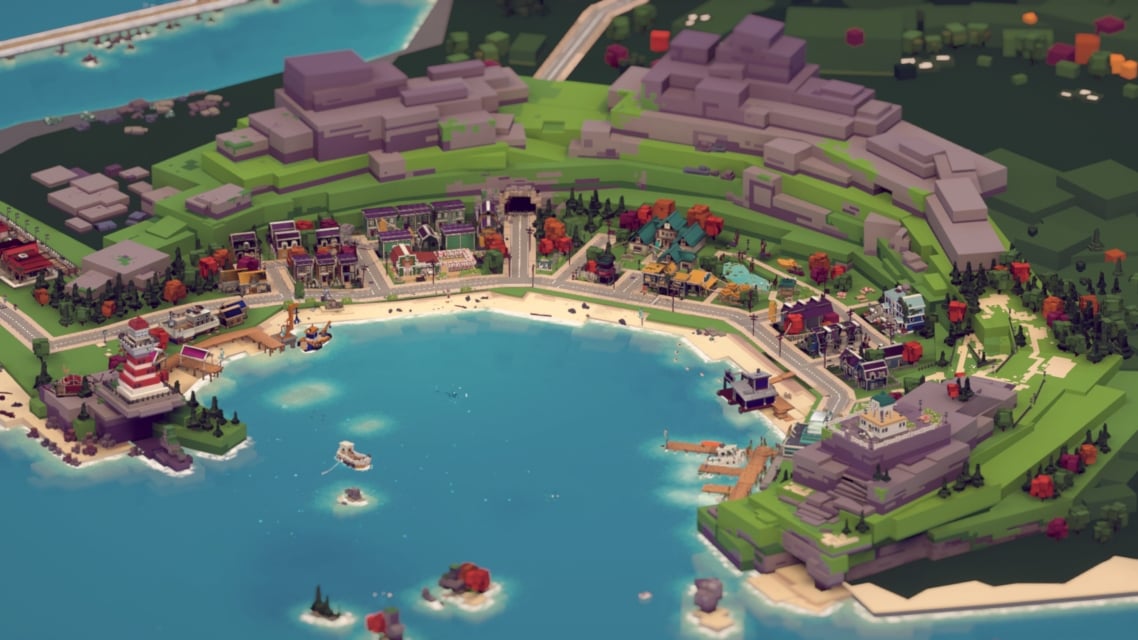 Sometimes in life, it’s good to just step away from shooters like Far Cry 6 and the nerve-bending action thrillers to play something more light-hearted, and Moonglow Bay is exactly that. An adventure role-playing game that revolves primarily around fishing, it’s way more enjoyable and instantly gratifying than the real thing, despite what real fishermen and fisherwomen may say to the contrary. However, as with any RPG, environments must be explored and relationships nourished, making this much more than a mere fishing simulator.

In a nutshell, the game follows the course of a happy-go-lucky accountant turned fisherman who sets up shop in Moonglow Bay – a small seaside village somewhere on the east coast of Canada, with all the raw, outdoorsy vibes that it entails. His former girlfriend Casey, who appears briefly in the tutorial, was lost there three years ago and presumed dead, and now he’s returned with his daughter and dog buddy Waffles to start up a street food business selling fish.

Thing is, the bay’s doing pretty bad. So bad in fact that they use shells for currency (now there’s an idea), meaning it’s up to the protagonist (who can be named whatever, though his surname stays ‘Fisher’) to get the ball rolling by investing in the local economy and solving everyone’s problems. Hey, it is an RPG title …

At the root of the bay’s decline is a scourge which everybody seems to rattle on about but which no one can describe in the least bit of detail – variously called the monster, the curse, or the demon by the paranoid seasiders, a so-called leviathan creature which may or may not be a misidentified whale. Along with the whole starting up a business idea, it’s the main spur which drives the adventure.

There is a steep learning curve when it comes to the fishing mechanics (which are better utilised with a gamepad), but it soon levels out and rarely leaves the player feeling too much like a proverbial fish out of water. There’s plenty of incentive to get better as well by moving on to the bigger baits and rods to catch more exotic prey, all of which can be marked down in the fishing journal gifted by Casey prior to her disappearance.

Much like the unsuspecting fish in the sea, it’s impossible not to be hooked, and there’s no greater feeling than reeling up a new species which can then be sold, cooked, released, or donated to the local aquarium. Furthermore, each fish right down to the smallest eel has a unique weight and, depending on their size, some put up more of a fight than others.

Little Fishy on a Little Dishy

Rather than immediately selling or releasing the fish, most of your haul will probably end up getting cooked within the cozy interior of home due to the in-game economy which actively forces the player to whip up dishes for selling or gifting to other characters as the fulfilment of certain tasks. Good game rule number one: give the player a clear reason to engage in the core gameplay mechanic.

The more exotic the fish, the more advanced the recipe is for cooking it, allowing for intricate dishes which can be sold at higher prices, thereby giving the player more money to invest in improved fishing equipment in order to, you guessed it, catch bigger fish. It’s a well-woven system which keeps everything connected. Just like a real economy.

Surprisingly, the cooking minigames pass the time quite favorably. They’re mildly therapeutic and are prevented from becoming too repetitive by a continuous ramping up of the difficulty for the more exotic species of fish. At the very least, it certainly beats the cooking in The Sims series, which can be more boring than watching paint dry.

The World’s Your Oyster

It’s not quite Bikini Bottom, but the Moonglow Bay world is near-impossible to dislike. It’s quirky, colorful, and there’s a 24-hour day with changing weather. Which is no mere cosmetic. Regular sleep is necessary or else the player will become tired and sluggish – a nice reminder that this is a real-world with real rules. It’s also cool for the fact that certain characters can be seen speed-walking home from work and going into their little box-like houses for the night. Meanwhile, their dialogue, even if not Shakespeare, is slick and effective, though the cartoony faces mean that most are rather forgettable.

However, despite harboring a cosy tavern, a golden beach and a train station, the idyllic surrounds of the bay itself get old pretty quick, but thankfully the in-game map has blurred edges showing the way to a much larger world. It’s soon possible to obtain a boat and sail the high seas looking for better and bigger fish. There isn’t a ton of world-building, but what’s there is enough to adequately fill the parameters of the in-game world.

Moonglow Bay has a few mainly technical flaws which mire the overall experience, whilst not being severe enough to make the game sink. For starters, there’s no mouse support, which is extremely rare for a 2021 release, and substituting the enter key for the spacebar feels somewhat counter-intuitive. Players used to left-clicking or pressing enter to clear a piece of dialogue will only find themselves annoyingly transported to the pause menu. Furthermore, from certain angles, some of the houses and cliffs can block the player character from view, requiring manual shifting of the camera. It’s also entirely possible to get stuck against some of the landscape features, though this can usually be escaped by holding the run key in one direction. It nonetheless induces a moment of panic that really shouldn’t come about.

Whereas other RPGs and titles like Animal Crossing: New Horizons feature fishing as one of many elements, here it’s the main thing, making Moonglow Bay a welcome breath of fresh air. Its inherent light-heartedness is reflected not only in its voxel art style, but in its innocent – and rather charming – world. The environment seriously induces a heartfelt longing for the ocean and for the taste of freshly cooked salmon.

If game quality is represented by the depth of the ocean, then Moonglow Bay goes down deep, without quite touching the seafloor.

Fatal Frame: Maiden of Black Water Is a Portrait of Terror