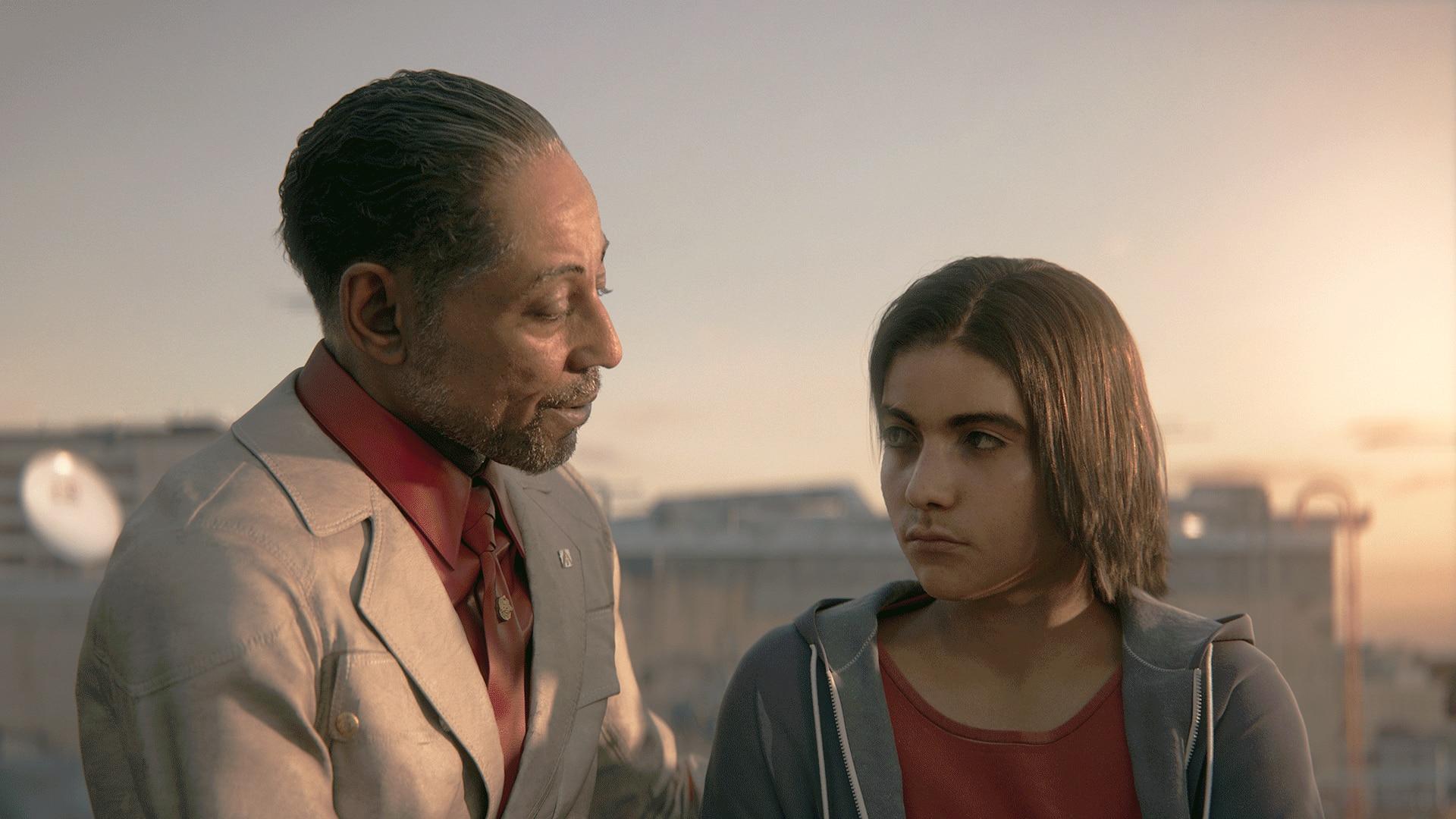 SPOILER WARNING: This article contains spoilers for the main story of Far Cry 2, 3, 4, 5, and 6 ahead. If you have not finished any of these games (or have seen 6’s post-credit sequence) and do not want to be spoiled, stop reading now! You have been warned!

With the release of Far Cry 6 last week, any fans that have completed the main story and watched all the way through the credits were treated to a pretty big surprise. The return of Vaas brings into question the true fate of all past Far Cry villains, and the pattern of what now seems to be intentional obscurity surrounding their deaths. Ubisoft has seemingly been planting seeds for the past 13 years and based on the Far Cry 6 post-credits scene, it may finally be time to start reaping the benefits.

Any player who sat through Far Cry 6‘ credits was treated afterward with a brief audio conversation between Juan and another character the subtitles simply refer to as “smuggler.” After Juan thanks the smuggler for his support and informs him that the supply of viviro (the cancer-curing drug from the main story of Far Cry 6) has tripled, the player hears their voice — one that long time Far Cry fans will be familiar with. Vaas — or at least a smuggler that sounds exactly like Vaas, expresses his sympathies for the death of Diego Castillo during the post-credits scene. Vaas goes on to describe Anton’s murdering Diego as “crazy” to which Juan agrees and calls the incident a tragedy.

Vaas then attempts to explain the incident to Juan as some people simply being sick in the mind and out of control. After this explanation Juan asks for confirmation of their meeting up at the “same time next week” to which Vaas responds “oh you can bet your life on it” and the post-credits scene ends.

Vaas was supposed to have died at the conclusion of Far Cry 3. Toward the end of an involuntary drug trip in the final act of that game, Jason Brody fought Vaas and triumphed by stabbing him multiple times in the chest. In this scene, Vaas falls to the ground, presumably dead, and Jason collapses beside him. After telling Citra of Vaas’ death, Brody looks at Vaas’ face, and seemingly in a final act of torture Vaas’ eyes dart up to meet Jason’s. It’s at this point that Jason awoke and Vaas was never seen or heard from again, until the end of the events in Yara. We as the audience never see Vaas’ dead body but instead are meant to assume that Vaas is dead despite his “death” having occurred in a hallucination.

This pattern of the ambiguous death wasn’t even started with Vaas either. The American arms dealer The Jackal who is the primary antagonist of Far Cry 2 makes his final appearance in a scene in which he explains his plan for the climax of the game to the player character and then gives the player the choice of which role they want to play in this plan. While in his description one of the roles ends in suicide this is the last the player sees of The Jackal and as such, there is no way of knowing if The Jackal is dead at the end of the game.

Pagan Min, known colloquially as “The King” of Kyrat was also seemingly granted a pardon by either the player or at the very least, the player’s presumption. After the events of Far Cry 4 and the player has chosen to kill either Amita or Sabal, Ajay has a final meeting with Pagan Min and one opportunity to kill Min followed by an opportunity to either let him go or shoot down his helicopter. While yes, there is a means of explicitly killing Min at the end of Far Cry 4, when accounting for the secret ending at the beginning of the game, two of the four possible endings see Pagan Min surviving, and one more ends in a presumed death for Min that could very easily be retconned.

Somewhat breaking from the trend Far Cry 5’s Joseph Seed is specifically shown to have survived the various optional endings of the story. Ironically, the situation in which Seed is most likely to have died is the secret ending in which the player refuses to arrest Seed at the very beginning of the game. For anyone interested in playing the game, however, there are two choices of endings: walk away or resist. The walk away ending sees Seed hold his ground and the team of protagonists opt to live to die another day. Shortly into their retreat, the brainwashing Rook experienced throughout the game is triggered and Rook kills the entire squad off-screen. The resist ending results in a fight between the cast of protagonists and Seed after which Seed is apprehended, a nuclear bomb is detonated, and Seed is last seen holding Rook captive in an underground bunker. Regardless of which ending the player chooses Joseph Seed is left alive at the end of Far Cry 5.

With several ambiguous endings, the developers and writers of the Far Cry franchise have given themselves the freedom to bring those beloved villains back from the dead, and with the post-credits sequence in Far Cry 6, it appears as though they may be doing just that. Each new entry in the franchise has featured a new protagonist and antagonist with one exception. Recently Clint Hocking, the creative director of 2008’s Far Cry 2, confirmed that Far Cry’s protagonist Jack Carver and the sequel’s antagonist The Jackal are indeed the same character. Carver is the only protagonist (or antagonist for that matter) to ever appear in multiple games. While there have been many valid criticisms one thing that is rarely discussed is the series constantly paving new ground, refusing to circle back to previous characters or settings.

Considering the polarizing reception to Far Cry 6 and the criticisms of the series not innovating on the gameplay elements enough from game to game a tour of the classics could be the shot in the arm the series needs to rekindle excitement. With Far Cry 5 came the introduction of non-linear storytelling and sub villain characters that were actually developed as opposed to leaning on just one main villain. Not only would the return of Vaas, Pagan Min, and Joseph Seed excite audiences, but they are also perfectly poised to work as sub villains who have been working for the larger villain whom they have only known as The Jackal.

To draw all the previous mainline Far Cry games together in this manner would give Ubisoft the opportunity to engage the audience with fan-favorite villains but also revisit either one or multiple previous Far Cry settings. A return to the iconic Rook Islands, Kyrat, or Hope County combined with finally seeing the connecting thread of the charismatic Far Cry villains could be the perfect end to the current era of the series before the inevitable Assassin’s Creed style reinvention. The post-credit scene is only a taste of what’s to come!