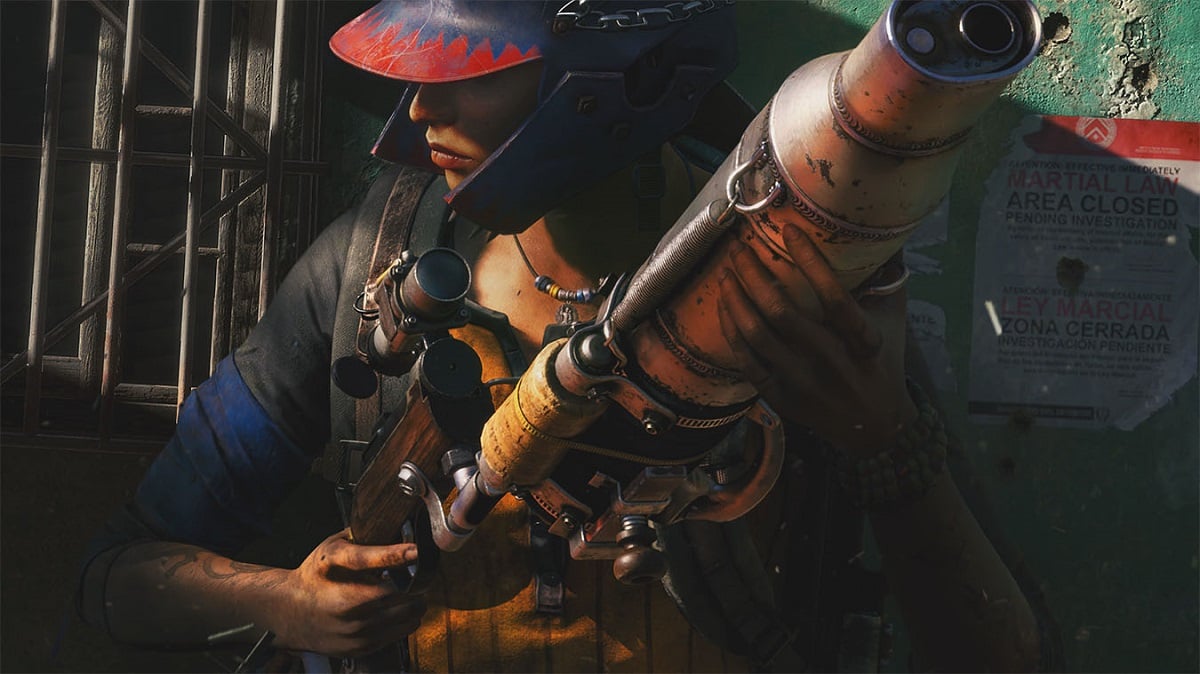 The much-anticipated Far Cry 6 is here, and while opinions are a bit scattershot in terms of how many new ideas this entry brings to the table, one thing is undeniable: there’s no shortage of ways to cause mayhem and incite violence. The weapon spread in Far Cry 6 is as diverse as it is vast, and though everyone is sure to have their favorites, we’ve decided to round up a list of 10 that should be fairly unanimous in how useful they are in combat and how satisfying they are to use. Without further ado, let’s run down the list!

Note: This list prioritizes variety over sheer statistical ranking, so you won’t see all five of the highest damage-dealing rifles here, for instance.

DLC weapons are often some of the best a game has to offer, and the AJM9 auto pistol is no different. Not only is it one of the best-looking and distinct firearms in the game (a common theme with the Blood Dragon Set DLC), but its decent magazine size and quickfire nature more than make up for its relatively low damage output. The AJM9 has been a Far Cry fan favorite since Far Cry 3: Blood Dragon eight years ago, and it still holds up as well as ever.

It’s hard to get better than a competent flamethrower in an open world sandbox. The use cases for the Tostador are through the roof, be it burning a billboard of Castillo, setting fields of tobacco plants ablaze, burning opposing forces alive, subduing murderous wild animals, and more. It’s simply inconvenient to not have the Tostador by your side at all times, especially if you’re not tied to having a stealth build.

Shotgun feel can be one of the trickier elements to capture in FPSs. Thankfully, Far Cry 6 has it down to a science, and the Jungle Expedition Special is an easy showcase for what a satisfying shotgun should feel like to use. Powerful enough to blow away enemies in one shot at close range and versatile enough to warrant incorporating into any loadout, the Jungle Expedition Special proves that the double-barrel shotgun still has plenty of appeal in 2021.

El Susurro is the definition of the phrase “simple yet effective.” A nail gun turned lethal weapon, these are the kind of dumb fun gun ideas that makes the Far Cry series so unique. Functionally it’s a stealth player’s dream since the nails it shoots are silent but its rate of fire is high enough to also be used in more casual skirmishes in a pinch. El Susurro is one of the first special weapons you’ll get, and it’ll remain one of the best throughout the campaign.

There’s something subtly sophisticated about the design of El Caballero Blanco that begs for it to be shot. It’s arguably the most satisfying tool for wracking up headshots at close range due to its quick draw and high velocity fire, and its great handling means that players of any skill level have a reason to keep it locked as a sidearm of choice.

Supremos as a whole are a fantastic new addition to Far Cry 6, essentially serving as super weapons that can be deployed at a moment’s notice. While some of the more unique variations like the Gladiador and Volta stand out for being creative and having very specific use cases, the rocket-launching Exterminador is simply too valuable to do without. Not only is it a handy way to take out pesky helicopters, but it’s also the most reliable way to deal with groups of enemies at a moment’s notice.

Sometimes you just want to let loose and rain down waves of bullets on a checkpoint or stronghold. For as unwieldy as Crackle & Pop is, it’s the sheer power fantasy that this light machine gun provides that makes it so appealing. Much like El Susurro is perfect for players looking to avoid detection, the sheer chaos that Crackle & Pop provides just screams “I’m here, what’re you gonna do about it?” And, of course, the name and default skin sell themselves.

La Clavadora may be the most satisfying weapon in all of Far Cry 6. In a sea of pistols, rifles, sniper rifles, machine guns, rocket launchers, and more, it’s stunning just how visceral shish kabobing an enemy with a simple crossbow can feel. Despite having a painfully small magazine size, La Clavadora proves itself as an invaluable part of the loadout by being able to one-shot most enemies and animals with old school Far Cry flair.

We can’t make a list about the best weapons without throwing the Amigos in Far Cry 6 a proverbial bone. Of the seven or so available, it’s K-9000 that rises to the top as the most adept Amigo (and goodest boy) of them all. Not only does K-9000 have immunity to fire and poison—a serious boon on an island full of toxic chemicals—but its kills are swift and silent, making this metal doggo invaluable for those using a stealth build.

For all the unique and hyper-stylized weapons on this list, sometimes you just can’t go wrong with a standard, reliable rifle. The MS16 S provides the perfect balance of power and accuracy to make it ideal for everything from popping foes from behind cover to taking out more distant enemies when you’re feeling too lazy to go all-out with a sniper rifle. There’s nothing spectacular about the MS16 S, but there doesn’t have to be; it’s still consistently one of the best weapons in the game.