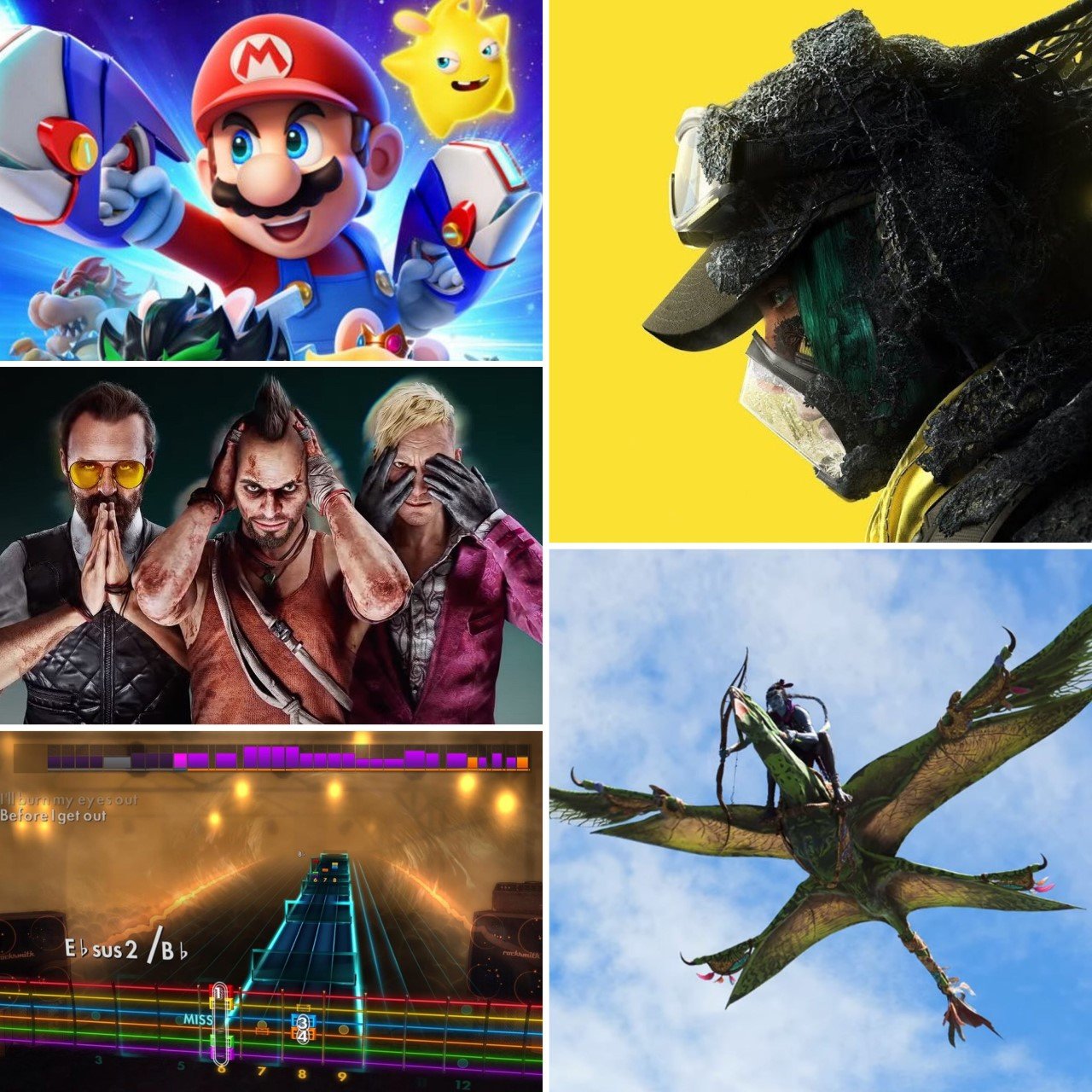 E3 2021 has finally kicked off and everything is completely online this year- following the cancellation of the event last year due to the pandemic. Ubisoft have unveiled a selection of updates as well as a few surprises during their forward event so let’s take a look at some of what was announced.

We got a first look at the gameplay for the upcoming title in the Rainbow Six video game franchise; Rainbow Six: Extraction (originally called Rainbow Six: Quarantine back in the 2019 E3 announcement but it got a name change following the pandemic). Extraction looks to be a mashup of Rainbow Six Siege and the horror co-op FPS video game genre. There is definitely a feeling of the Left 4 Dead games from the footage that was shown except the zombies/infected are replaced with aliens known as the Archean. Players collaborate in a squad of up to three people to take down the Archean menace, facing different kinds of the alien race as they go- such as the Apex which kind of looks a little like Predator with those long dreadlock things. As interesting as this game looks, the Left 4 Dead elements feel a little bit foreign to the Rainbow Six series as a whole (even if the game was based on a game mode from Rainbow Six Siege known as Mission Outbreak). Extraction seems to be Ubisoft’s answer to horror co-op, so let’s hope that it manages to stay true to the franchise whilst making the new elements engaging and individual. Rainbow Six: Extraction is releasing on September 16th to the next and current-gen of Xbox and PlayStation, PC, and Stadia

Not going to lie, I was actually really invested in this announcement as someone who has had a guitar sitting in the corner of my bedroom for about two years with the promise to myself that I am going to learn it eventually. Rocksmith was a music video game that came out almost a decade ago for the Xbox 360 and PlayStation 3 so it’s no surprise that an update of some kind wasn’t exactly on the top of our lists when thinking of games that might make it into the Ubisoft Forward. Rocksmith Plus was announced during the event- an interactive guitar tutorial service that will be available via a subscription. There is no release date as of yet but you can sign up for the PC beta now. Now I really don’t have an excuse not to try and learn.

There was a snippet of a cut scene from the upcoming Far Cry 6 game- showing Giancarlo Esposito’s villainous Anton Castillo facing down protagonist Dani- which was awesome but the surprise here came in the form of what will be coming with the season pass of Far Cry 6. Become the Villain will be a DLC extension that will allow the player to take on the roles of three iconic villains from the Far Cry series-the eccentric Pagan Min from Far Cry 4, the religious zealot Joseph Seed from Far Cry 5, and the infamous Vaas from Far Cry 3. How this will fit into the story and the narrative- or if it even will- is yet to be seen but Far Cry is known for its encapsulating villains who are often more interesting than the protagonists, so getting a glimpse of their backstories and/or thought processes definitely sounds intriguing. Far Cry 6 is set for release on October 7th, 2021.

Was anyone else completely thrown off seeing Mario appear in something that was not Nintendo? Obviously, Nintendo has worked with Ubisoft on the Mario/Rabbids franchise before but it still spooks me. I feel like I am about to get sued or something. Nintendo actually revealed this a bit prematurely when they posted it on their website earlier today. We got a glimpse of gameplay and some developer videos but there still wasn’t much on display other than the vague storyline of Mario, Princess Peach, and Luigi teaming up with their Rabbid counterparts- including newbie Rabbid Rosalina- to save the world from a big bad something. That is enough for us. Mario fans are sure to be excited at a new game for everyone’s favourite Italian plumber alongside the creepy yet still kind of cute Rabbids. According to Nintendo’s website, you will “rescue adorable Sparks throughout the galaxy, who provide distinct powers that will help you in battle” as well as “unleash your heroes skills”, “take down all-new bosses” and “build your dream team with three heroes from an eclectic roster of nine”. Spark of Hope sounds like a fun adventure game and it was nice to see something so wholesome revealed at the event. Mario + Rabbids Spark of Hope is due for release in 2022 for the Nintendo Switch.

The Ubisoft Forward concluded with yet another unexpected reveal in the form of an upcoming video game based on James Cameron’s Avatar film. Avatar is a franchise that has had an odd progression. The first film came out twelve years ago now. I still remember going to see it at the naïve age of 17, being astounded by the 3D and general beauty of the cinematic world. It took the world by storm, with tons of sequels planned and even a section at Disney world being built following their acquisition of 20th Century Fox. However- as I said- it has been twelve years now and all we have is that first movie (and that Disney world area). For such a popular franchise, it went from smoking hot to simmering to not even switched on. There is occasionally news of the second Avatar movie thrown around- still very much in development and being worked on- but it is hard to be enthusiastic about something that has had no proper update in over a decade. That’s why this announcement of an Avatar video game- called Avatar: Frontiers of Pandora– is kind of a weird one. In fairness, Ubisoft revealed that their game will be coming out in 2022 which is the same year that Avatar 2 is meant to be released (as long as there are no more delays to the movie but who knows at this point). Even with that, it still feels hard to feel excited about it much like with the film series. The trailer looked a little interesting but not really something to write home about. Perhaps it is the cynic in me but much like the film series, I feel as though Avatar: Frontiers of Pandora is at least ten years too late. That doesn’t mean I don’t want it to be good though. I really hope it is as Pandora is such a lush world that suits a video game format perfectly. I’m keeping my fingers crossed at least. Avatar: Frontiers of Pandora will be coming to the PlayStation 5, Xbox Series X, PC, Stadia, and Amazon Luna with no mention of current-gen releases at the moment.

There was also some information for other Ubisoft titles in the event, such as various updates for For Honor, Brawlhalla, The Crew 2, Watch Dogs: Legion (the Bloodlines DLC which brings back classic characters Aiden Pearce and Wrench), Trackmania, and Assassins Creed: Valhalla (including challenges, festivals, an interactive, a history deep dive for those interesting in learning about the Viking era called “Discovery Tour”, a quest based on The Siege of Paris and the introduction of one-handed swords). Make sure to check out the whole of the Ubisoft Forward here for all of the content from today’s event.