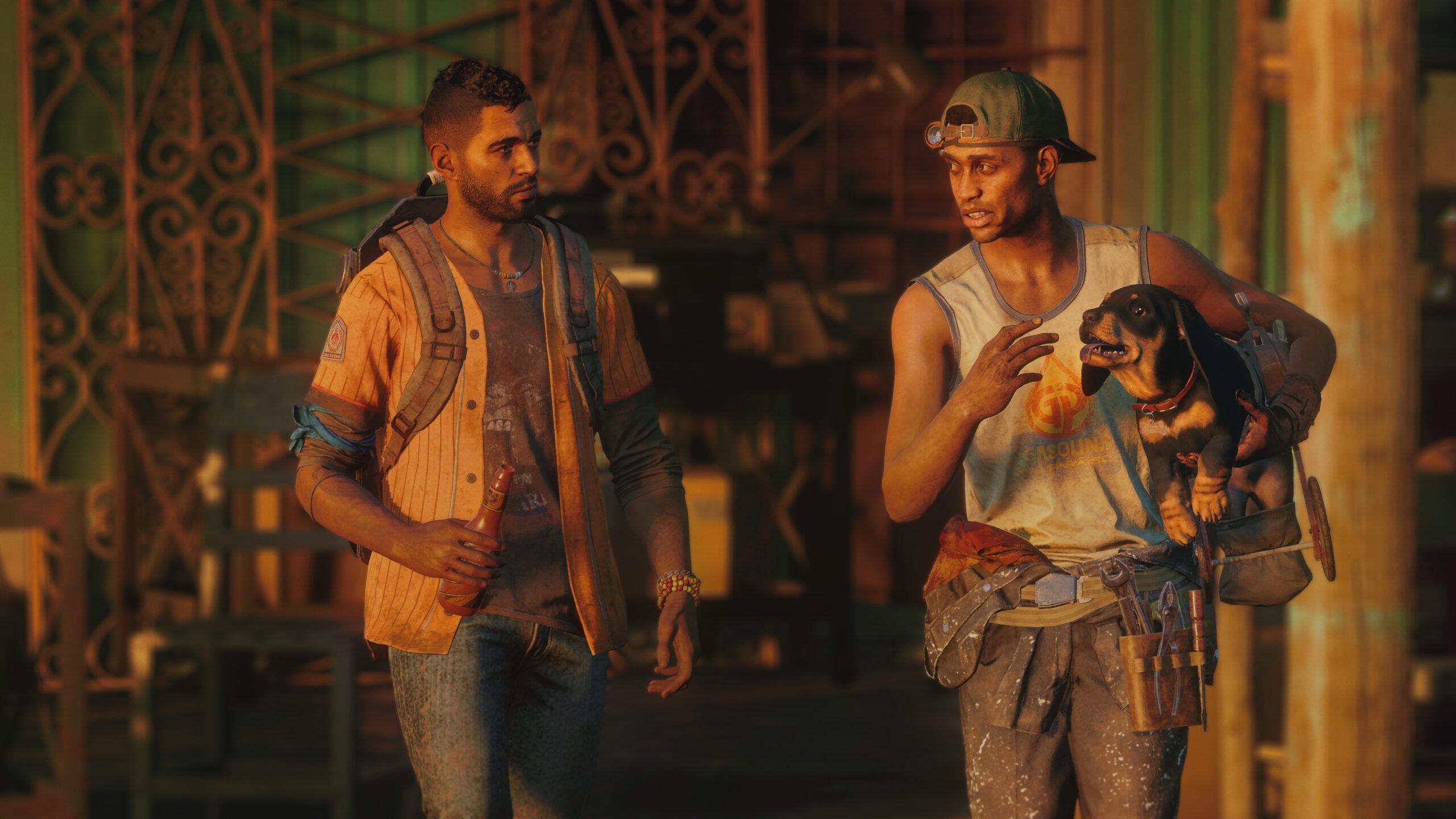 There is no better companion than a pet to venture with into a hostile territory of unwelcoming soldiers and locals. With the release of Far Cry 6, players will help guerilla fighters kickstart a revolution on the fictional Caribbean island of Yara. As to be expected by now from the Far Cry series, on the player’s path to assist revolutionaries in taking back their home they can recruit multiple companions to help them in the fight. While they may all be great for their own individual skills, these are the worst to best animal companions that players can unlock throughout Far Cry 6.

Even though we thought he was killed in Far Cry: New Dawn, Boomer is back all the way from Montana with a new nickname. The fang for hire returns in Far Cry 6 for more good boy action as the fuzzy friend takes on the role of a silent hunter — or rather a “silent amigo” as the game calls stealth animals. For players not looking for a companion that will mow down enemies everywhere they go, Boom Boom is the perfect stealth pet that will let you take care of the bloodbath while he marks out enemies and helps find potential items. He may not be the most unlawful partner that will assist in the uprising of camps and bases, but Boom Boom knows how to be every player’s best friend.

Exclusive to the Ultimate Edition of Far Cry 6, Champagne is a fearsome white cat who collects and kills through stealth based on the player’s loot. If the player character Dani has an exceptional amount of cash on them, Champagne will succeed at completing more takedowns in combat. Her main purpose is to collect pesos from dead bodies after brutally mauling them. When Champagne is fully maxed out, her roars can knock enemies back to the ground to give the player time to make some quick kills. Like her illustrious gold collar and the celebratory drink that inspired her name, Champagne may be a powerful addition to Far Cry 6’s companion lineup but she is far from being a necessity thanks to Oluso being part of the base game.

Coming straight out of the animalistic blood sport of cockfighting, Far Cry 6’s rooster companion is undoubtedly the odd one out from the game’s other four-legged batch of allies. Chicharron utilizes his wings to furiously slingshot himself towards enemies before appropriately grinding them down like meat. When it comes to open spaces filled with hostile forces, Chicharron is able to efficiently dodge incoming attacks and lay down any human obstacle in his path. Like the fried pork, chicken, and beef dishes his name originates from, Chicharron will turn any incoming soldier into a cooked grind within a matter of seconds. If it were not for his health, he would absolutely be one of the game’s best animals to bring into a warzone.

Named adorably after the joke that the Daushand breed of dogs are “hot” Weiner dogs, Chorizo is the small sausage companion who is looking to help and love. Not only is he Far Cry 6’s face of the Fangs For Hire Collectors Edition, but he is also one of the game’s most dangerous housepets. With the help of some wheels and a small wooden cart, Chorizo may seem tiny and defenseless on first impressions but he can surely pack power. Chorizo uses his adorable and innocent appearance to distract or lure in enemies before hitting them with explosive surprise attacks. Chorizo has a great balance between both being helpful to the player for discovering new items and taking down enemies. Best of all, Chorizo is the game’s most animated animal as he is super-expressive during both cutscenes and personal interaction.

Harnessing the powers of the Oluwas, Oluso is yet another silent amigo ready to prance from the shadows — and the most skilled at it. Oluso holds two of the most powerful companion abilities in Far Cry 6: Rage of Ída and Mist of Okú. The Rage of Ída ability will send enemies running away after Oluso performs a successful takedown strike near multiple hostiles. Meanwhile, the Mist of Okú will cover the companion in smoke to regenerate half of his health and give the players a means of distraction. Like its name that derives from the Yoruba language, Oluso is a great guard for those preparing a silent attack on their enemies. The only problem with his appearance is the fact that players will unlock him just as the action is continuing to ramp up. Stealth is a critical part of Far Cry 6, and when the player needs to sneak around they can surely rely on Oluso.

The handsome crocodile might be the first companion players meet in Far Cry 6, however, Guapo is undoubtedly the most powerful pet available in Dani’s entire arsenal — at least for the base game that is. The arms dealer Juan gifts Guapo to the player during the game’s opening hour after a simple whistle blow collaterally causes the ferocious reptile to kill an incoming soldier — and that scene perfectly sums up Guapo’s usefulness. The crocodile pet will destroy hostile soldiers and locals for the player with ease. Not only does Guapo passively recover health as he takes hits in combat but he will also self-revive after going down. On top of being just fun to interact with due to his snappy personality, be sure to give the animal lots of pets to score an easy achievement!

With all of Far Cry 6’s latest reptile and mammal pet insanity, the K-9000 is the newest entry’s glorious oddball. The cybernetic future Robo dog based on Far Cry 3: Blood Dragon‘s guards is an absolute unit of a companion. In terms of help, he beats the overwhelming majority of the other animals at their own dedicated skills, however, K-9000’s offensive potential is where he shines most. Not only does K-9000 take bullets like a sponge thanks to his bonus immunity, but fire and poison are completely ineffective against him. When the player helps him reach his maximum potential, K-9000 becomes an unstoppable infiltration unit. He can find weaponry and sensors, deal higher damage to tagged enemies, and self-destruct before going down to take out hostiles in his vicinity.