Contrary to the most popular criticisms, the Far Cry series has changed significantly since its inception in 2004. With each new entry has come new settings, ideas, and mechanics. Some of the new concepts became series mainstays, while others didn’t quite stick the landing, making the Far Cry series one that has ebbed and flowed over time. This is our ranking of all 6 of the mainline Far Cry games.

The original game in the series is one that is radically different from the rest. Developed by Crytek and published by Ubisoft in 2004, Far Cry was significantly more story-centric. While the iconic gameplay loop of scouting and tagging followed by top-tier gunplay was established in the series inaugural outing, so much of the fundamental Far Cry experience was absent. The first game of the series was explicitly level-based and as such felt significantly more focused, like a more traditional first-person shooter campaign.

Although the vast sprawling environments the Far Cry franchise is known for were present, the game features a noticeable lack of the side content that would become a fundamental part of subsequent entries. The gameplay, while dated, is still excellent but was unfortunately overshadowed by the juggernaut that was Half-Life 2. Considering the linear level-based style, lack of any content aside from the main storyline, dated mechanics, and the least compelling villain of the entire series, Far Cry is one that doesn’t need to be revisited by anyone outside of the most dedicated fans.

Perhaps the most ambitious of the series, Far Cry 2 was the first to be both developed and published by Ubisoft. Under a new development team, the first proper sequel to the fledgling franchise was one that wasn’t afraid to take some significant risks. The switch to an open world format could have completely subverted the short-term gameplay loop of scouting and shooting but instead, the two mixed perfectly like peanut butter and chocolate. This new combination gave players the freedom of choice pertaining to their approach on both a micro and macro scale making Far Cry 2 feel like a significantly more realized version of the original game’s experience.

Where Far Cry 2 took even larger strides towards the series’ final form was in the villain department. With each new Far Cry game, the audience can reliably count on at least one thing: a charismatic, captivating villainous presence. Although his presence would be eclipsed in future entries, The Jackal set the stage for the player character’s interactions with the main villain, and how those interactions would put the antagonists front and center. The Jackal’s ominous presence and pseudo-friendly conversational interactions during cut scenes combined with the recent confirmation that The Jackal is actually the first game’s returning protagonist Jack Carver, makes Far Cry 2 the oldest game in the series worthy of a revisit.

The latest the series has to offer is arguably the pinnacle of the addicting gameplay loop the development team has spent 17 years refining. The largest most engaging map in series history makes Far Cry 6 an embarrassment of riches from a content perspective. The game makes exploration feel organic, driving the player to feel just as compelled to complete side content as they do the main story. Hilarious amigo’s, top-tier weapon customization, nearly constant engagement, and the best gunplay of the franchise, all make for an excellent Far Cry experience.

Regrettably Far Cry 6 falls short in one of the most important ways. While story has never been the most compelling reason to play the series, the villains have. Far Cry 6 is proof that even a truly great villain can be completely undone by a weak story surrounding them. Giancarlo Esposito’s Anton Castillo is menacing, authoritative, and oddly comforting all at the same time. His presence gives a consistent feeling of insecurity for the safety of every character he shares the screen with, it’s just a shame that the writers didn’t have his and the player character Dani’s paths cross more frequently. Ultimately, regardless of how well the character is written or performed a generic feeling story of a revolutionary movement clips Esposito’s wings making this latest installment the weakest modern Far Cry game.

The single biggest criticism leveled against 2014’s Far Cry 4 was that it delivered more of everything Far Cry 3 did while failing to bring anything else substantially transformative to the table. It may be reductive but to call Far Cry 4 simply “Far Cry 3 plus” isn’t entirely inaccurate. While this legitimate criticism is arguably the game’s biggest weak point, what isn’t contestable is that being Far Cry 3 plus is also the game’s biggest strength. Despite not offering much in the way of change, Far Cry 4 delivered more of a tried-and-true flavor that audiences everywhere had raved about just two years prior.

What Far Cry 4 does better than any other entry in the series is tone. 3, 4, and 5 all strike an excellent balance of ominous and absurd, but the juxtaposition of Kyrat’s brutal climate and the game’s antagonist Pagan Min’s methodically manicured appearance coalesce into the perfect grade of grit that none of its predecessors or successors have managed. While the story is serviceable it is almost entirely propped up by Troy Baker’s performance as Min. Baker was able to inject the role with both charisma and a sense of organized lunacy to make Min arguably as engrossing as his most recent predecessor. Despite one nearly game-breaking stealth mission in the middle of the game, Baker’s performance, the addition of co-op, and the fact that the game hit almost all the same notes as Far Cry 3 makes it one of the three truly great Far Cry games.

This may be a controversial place to put the fifth mainline entry in the series, but after being more removed from the immediate noise, Far Cry 5 stands up as the second-best Far Cry game. While lacking some of the more modern systems that were included in Far Cry 6, resulting in less game to play, Far Cry 5 ends up feeling more focused, with a mindset of quality over quantity. The game perfects the long-existing outpost loop while at the same time bucking the then well-established radio tower mechanic. Movement through and discovery of Far Cry 5‘s Hope County was more intertwined than in previous games, resulting in the game avoiding the dreaded “chore list” type gameplay.

Of all the iconic villains the series has offered during its tenure, Joseph Seed is by no means boring, but simply lacking the charisma possessed by his predecessors. What pushes Far Cry 5 to such a high position on this list is the setting and execution of said setting. Previously, Far Cry games have been set in exotic locales featuring either fictitious or third-world countries. Over decades of conditioning, western audiences have become desensitized to horrific things like fascism and religious terrorism occurring in these exotic and third-world settings. But when brought home, those same occurrences have the potential to pack a significantly greater punch. To see a religious zealot killing in the name of their god is more disturbing and unsettling when coming from a religion and setting the audience interacts with on a regular basis. Ubisoft’s utilization of this disconcerting feeling makes Far Cry 5 a nonstop thrill ride that forces its players to see the series through a new and unique lens.

After two games that were met with lukewarm critical and financial success, Far Cry 3 is where Ubisoft struck gold. This third installment in the series continued to refine the gameplay elements established in the first two, but instead of what would feel like incremental steps forward every mechanic felt as though it had taken a generational leap. The gunplay felt refined and significantly more visceral, AI was vastly superior to previous games in the series, and the tower mechanic made its debut. While it would quickly become overused, back in 2012 the tower mechanic was a revolutionary means of fostering exploration of a map, allowing for even larger open worlds.

What Far Cry 3 did that no other Far Cry game has been able to manage was in the relationship between the player character and the villain. By making the deliberate choice to put the player in the shoes of a typical college kid, Jason Brody, then forcing that character into a scenario in which he would have no other choice but to commit atrocities, Ubisoft was able to shine a light on one of the most commonly overlooked flaws in video games. In order to shine that light on the issue, the game’s villain, Vaas, was held up to Brody as a sort of mirror for the player to see Brody slowly emulating the brutality of Vaas that was so shocking in the game’s opening hours. The dynamic between Brody and Vaas and forcing the player to recognize their similarities that are a direct result of the player’s actions makes Vaas the most haunting Far Cry villain thus far. Revolutionary new mechanics combined with the ultimate refinement of older ones and the sheer magnetism of both the game’s protagonist and antagonist makes Far Cry 3 undoubtedly the best Far Cry game to date. 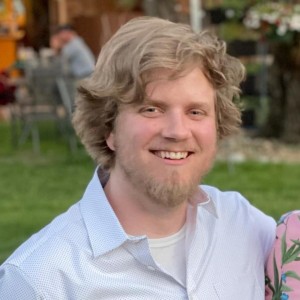 Far Cry 6 has an absolutely insane spread of weapons for players to cause mayhem with. These are 10 of the absolute best.…

Ubisoft has seemingly been planting seeds for the past 13 years based on the Far Cry 6 post-credits scene.…

These are the best animal companions that players can unlock throughout Far Cry 6.…