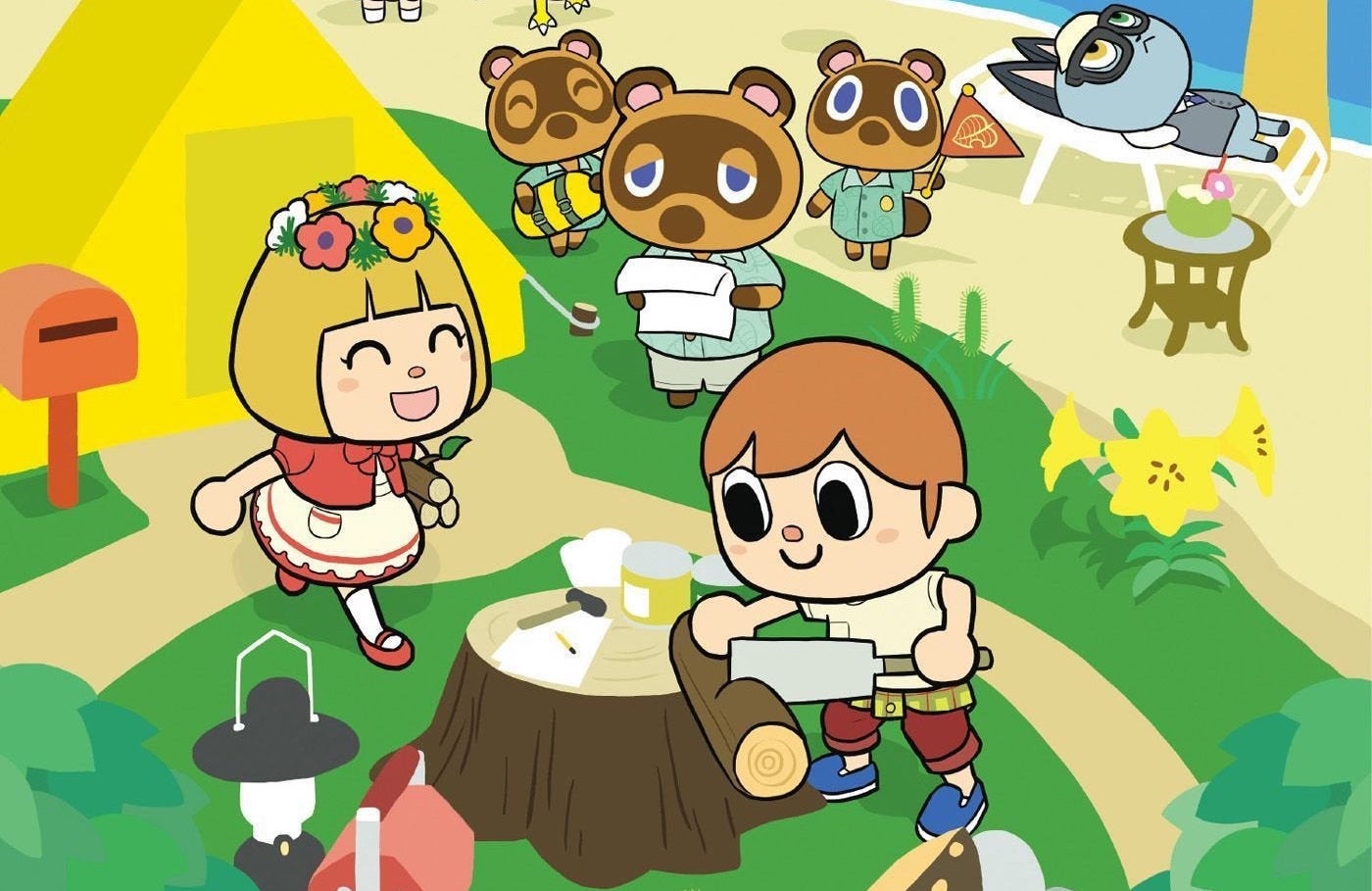 Out of all Nintendo’s franchises that have jumped into new mediums of entertainment, Animal Crossing has always been an obvious choice to adapt into different works. For a lifestyle series that is consistently thriving with its characters, it is surprising that the company has rarely attempted to take its franchise of anthropomorphic villagers in new directions — at least overseas that is. Like many of Nintendo’s other properties, Animal Crossing has received plenty of manga, animation specials, and comics exclusively in its home turf of Japan. With the second ongoing New Horizons manga, VIZ Media will be bringing Animal Crossing: New Horizons, Vol. 1: Deserted Island Diaries, a strangely comical yet faithful loose adaptation, to a broader audience.

The upcoming manga is something fans will get a kick out of, but there is quite a lot for audiences to note before jumping right in. This particular manga series is a collection of CoroCoro comic strips; as such, artist and writer Kokonasu Rumba’s interpretation of New Horizons was designed to have an episodic nonsensical focus. The collective manga is broken down into five comedic stories and a collection of short profiles and tips rather than a larger character-driven narrative. For the first Animal Crossing manga in the West, Deserted Island Diaries will leave audiences craving for something bigger. It treads a fine line between being both frustrating and thoughtful for a multitude of reasons — and I mean that in a positive way.

Following a similar premise to the Nintendo Switch game, Deserted Island Diaries‘ first half follows the story of four humans who are part of a getaway island package. However, their questionable qualities quickly create madness across their newfound home. The main cast consists of the wisecracking Coroyuki, drama princess Himepoyo, scholar Benben, and the always sleepy Guchan. All four of the new islanders are being led by Tom Nook and his pupils Timmy and Tommy. If these batch of character tropes sound familiar, they absolutely should as they reflect that of overused group personas from Japanese media — which can still be great as long as the characters are written effectively.

The player characters certainly start on an irritating note, but they eventually are toned down and utilized more carefully by the time the end of chapter two rolls around. The humans’ actions ever so slowly begin to fall in line with what you would expect to see from the protagonists of a comedic take on Animal Crossing. Deserted Island Diaries‘ arrival tale strays from sticking to Animal Crossing-related humor mere pages in. It initially attempts to use comedy that is only funny because it is random. That structure of writing thankfully quickly dissolves away when the manga begins to focus on what can actually make the games funny; its thematic absurdity.

The best aspect of volume one is by far the select island inhabitants that make an appearance — and that quickly becomes noticeable by the third chapter when the iconic cat Raymond makes his debut. When the first volume is poking fun at the series’ absurdity, it is doing a great job from the comedic standpoint it attempts to achieve. It places a funny yet faithful narration over how ridiculous Animal Crossing’s villagers can actually get.

I specifically love volume one’s third chapter when the four players come into contact with both Whisp and Lucky. Lucky has always been one of my favorite Animal Crossing villagers, but I have always found it odd how his house contains gravestones and skeletons — for a cute character with a mummy esthetic, you would expect to maybe find pyramids or a sandy theme in his house rather than death. Volume one pokes fun at this idea as Lucky’s newly found friends become horrified when entering his house. Meanwhile, Whisp finds a fond appreciation for Lucky’s home. Moments like this make the manga worthwhile for long-time Animal Crossing fans as they double down on being both faithful to the games and legitimately funny.

It is a shame that the chapter ends so abruptly as it quite honestly sets up a starting point for the two’s relationship to possibly thrive. The humans potentially could be used to create moments to further extend and open up a character’s identity and personality but are ultimately not. For a weekly CoroCoro comic, the rapid structure works well enough, but the potential for something bigger is always lingering. This same scenario happens repeatedly to the manga’s characters. There are a lot of clear one-shots that work great though; chapters featuring other villagers such as Guillever are efficiently able to cram a lot in about the character with the need of only a few pages.

The other half of the manga is a dedicated profile and tips section for an assortment of one-shots about Animal Crossing: New Horizon’s characters and features. Each of these pages contains a brief description of a villager or a specific tip, some New Horizons stock art, and a 4-koma story that holds a joke. Like the best aspects of the manga’s first half, each of these does a great job at portraying their specific characters and tips with a joke. While it may come off as a mix between an encyclopedia and advertisement for the newest title in the series, they are certainly not tacted on for either fluff or cash. Each panel legitimately has a lot of heart and thought put into them for fans of Animal Crossing.

Outside of how the villagers are adapted, what is going to be most important to Animal Crossing fans reading volume one is of course the art — and it suffices rather well. Kokonasu Rumba is able to capture the aesthetics of Animal Crossing, but sometimes the author can stray from her own style to try and intensify a joke. The over exaggerations can occasionally miss the mark especially when the humor does not land, however, these instances are pretty far and few. In the same vein as its story, the manga is at its strongest when it is appealing most to its source material. Rumba perfectly captures the look of Animal Crossing and that thankfully rings true the most of its characters.

Animal Crossing: New Horizons, Vol. 1: Deserted Island Diaries is disappointing, to say the least, but still a good time. It’s harmless fun that both longtime and new fans of the phenomena game can get a laugh out of. Readers should absolutely go in knowing what they are getting into as the latest series from writer Kokonasu Rumba clearly is not aiming to be a grand move-in story. Unlike Animal Crossing’s previous ventures into manga and animation, the latest New Horizons comic adaptation is left in a state that is bursting with potential but manages for the most part. Younger audiences will definitely find something worthwhile in Deserted Island Diaries. Outside of collectors filling a shelf, older fans may want to either give it a skim or look elsewhere for more Animal Crossing content.