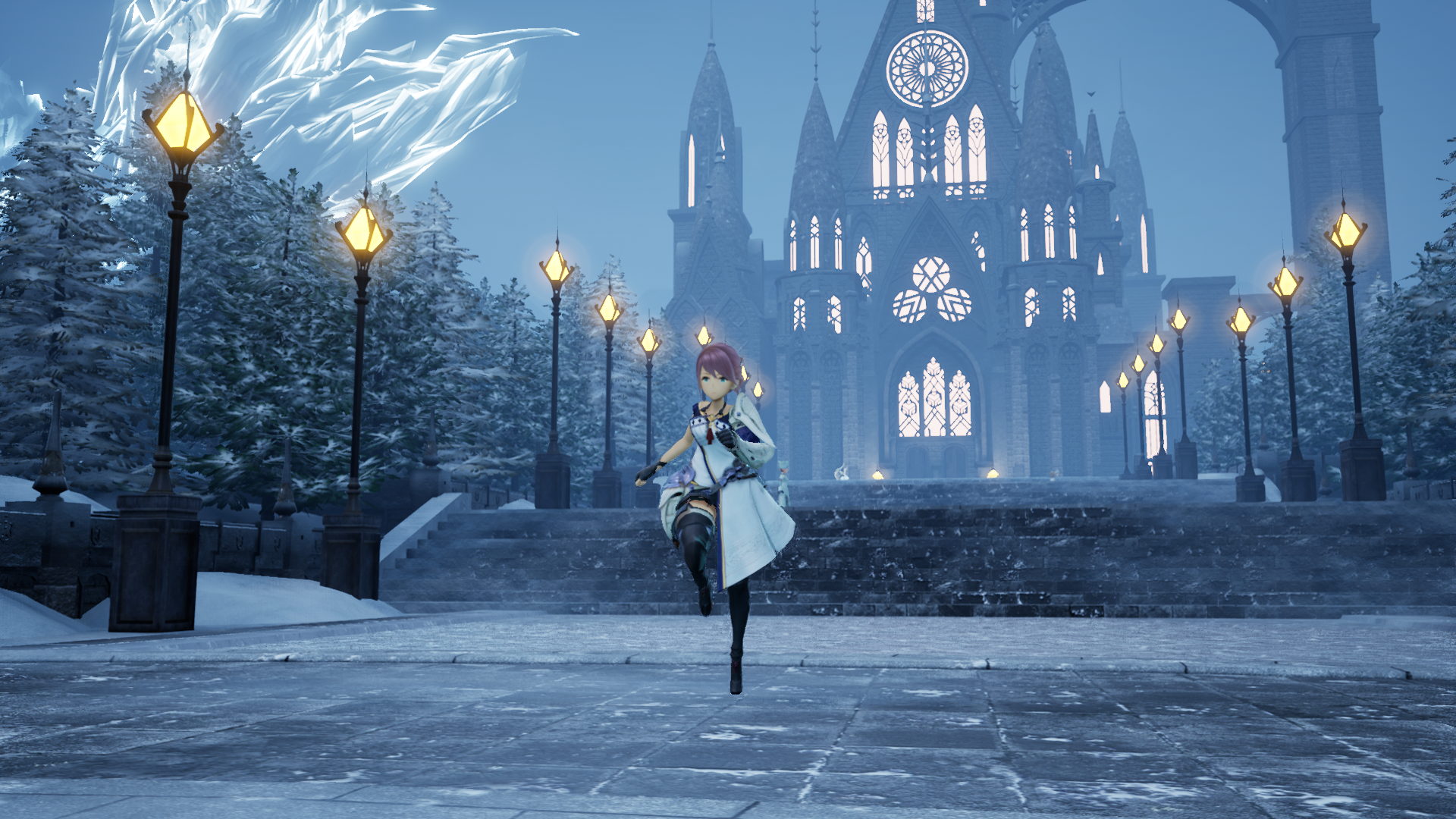 Role-playing games have had an incredible year in terms of great new releases. There is, of course, the open-world masterpiece Elden Ring and the magnificent majesty of Xenoblade Chronicles 3. But mega-publisher Square Enix has also had a stellar showing in 2022. From the dense tactical stylings of Triangle Strategy and Tactics Ogre Reborn, to the HD-2D Live A Live, to the surprise remake of Final Fantasy VII spinoff Crisis Core, Square Enix has proven that even in a year without a mainline Final Fantasy game, they are a juggernaut. Which is why it is a genuine disappointment that Harvestella stands out for its mediocrity. Part farming sim and part action-RPG, Harvestella, for all its high points, never manages to meet the quality of its contemporaries.

Harvestella, as its name implies, places great focus on managing a working farm. The player will have to pay attention to which fruits and vegetables are in season, find or purchase seeds, plant them, and eventually harvest them, to sell or use in recipes. But Harvestella is decidedly not just a fantasy version of Stardew Valley or Harvest Moon. It is a capital-R Role Playing Game, where the player engages with equipment and skill trees while raising a party where every member has their own class.

There’s an apocalyptic threat looming over everything and a mostly-charismatic cast of characters who eventually band together to do everything in their power to combat calamity. If the player has experienced Square Enix classics from years past, few things in Harvestella will come as a surprise. There are airships, and excellent music. There is universally great character design. There are crystals, which play a massively important part in the plot. There is also level-grinding, crafting, and busywork galore in the form of side quests. But just because a game has the trappings of a great RPG, that doesn’t automatically make it memorable.

Most role-playing games have side content; Harvestella is no different. In any RPG, providing players with more to do than chase after the big bad is generally a plus. But at a certain point, every new feature introduced in Harvestella feels like putting a hat on a hat. When the game was initially teased during a Nintendo Direct that seemed to skew in favor of featuring farming sims, there was hope that Square Enix could make this new IP feel distinct by applying their usual quality to a well-saturated genre. But even though the plot is intriguing and the writing is often enjoyable, Harvestella‘s slow pace and simplified presentation drag the entire experience down.

The game begins with a mystery. After players customize their character, they wake up in a realm where ash seems to be falling from the sky. This fantasy world is blessed by the Seaslight, gigantic crystals that keep the four seasons in balance. But all is not as peaceful as it appears. The player meets a fairy-like character who warns them of the dangers of Quietus, the season of death, and the player eventually wakes up in a world they do not recognize. Cursed with amnesia, the main character is fortunate that the nearby town’s residents are kind and compassionate. They are taken in by a kindly mayor and the passionate Cres, a doctor who seeks to understand Quietus.

But the player character is not the only person suffering from amnesia; after exploring inside of a crystal, players find Aria, believed to be an Omen, an armor-clad enemy from another dimension, or perhaps another time period. With the help of a large cast of allies, the player character and Aria must solve the mystery of what’s wrong with the Seaslight, discover why Quietus is lasting longer and longer, and stop the Omens from spreading more disarray.

Over time, the plot unfolds into an ever-expanding morass with several important characters. But though this game draws inspiration from other (better) Square Enix RPGs, Harvestella‘s interesting worldbuilding is undercut by its writing and pacing. The genuinely beautiful world feels limited in scope, particularly when the player is always at war with the clock. The game is at odds with itself, never seeming to decide which of its many systems to focus on.

It is hardly a crime that Harvestella has multiple mechanics to master. Disappointment can be attributed to the fact that nothing that this game offers is particularly deep. The soil Harvestella has seeded is rich, but the fruit is ultimately found wanting.

Plot beats are broken up into chapters and proceed along a linear track. Every chapter has a set of goals, which are sometimes as simple as passing time until the next big plot beat, but often involve the player going to specific locations on the overworld map and meeting new characters. There is a calendar system at play, and a clock that is constantly ticking down. If the player is not in their bed at their farm by a certain time of night, they’ll have to be rescued by Cres, and incur a hefty fee in the process. Fortunately, the player can teleport to their farm from any save point, and they can craft items that transport them home immediately. But though making it home is rarely an issue, the sense of urgency never fades as even walking across the farm to harvest the day’s crops can eat up an hour of -game time.

So what else can the player do to while away the day? Farming is always an option, but dungeon crawling and engaging in side quests are where the player will ultimately spend most of their time. On their own, any one of these activities could be engaging and pleasurable. But in Harvestella, nothing feels particularly enjoyable. There is rarely satisfying feedback to any actions. On the farm, even using basic tools like the hoe or watering can feel stilted; in combat, the stripped-down mechanics don’t amount to much more than button-mashing.

Customization feels limited, especially when comparing this game to a more life-sim-focused one like any entry in the Animal Crossing series. Players cannot change their living space to reflect their personality, nor can they shift the layout of their farm. There is a base satisfaction in clearing brush and harvesting crops, but only in the sense that it’s fun to see numbers increase. Over time, the player gains access to different biomes within their farm, but maintaining them just feels like busywork, one more way to milk the player’s hours before they must return to sleep.

Dashing, using tools on the farm, or wielding weapons in battle uses stamina, the other limited resource that player must maintain. To regain lost stamina and health, the player must eat a meal, which fills up their stomach; overfilling means they effectively can’t use healing items. Keeping an eye on stamina is something that most players will be used to, if they’ve played a Souslike, but it feels out of place in this particular RPG. The mechanic should either be focused on more, or discarded entirely.

Even fishing, a minigame that figures its way into practically every modern videogame, is made perilously dull in Harvestella. There is no element of skill; no cute animations or soothing music. The player finds a spot to fish in a town, presses a button, and presses it again when a light sparkles. Even trying to catch just two or three fish can eat up hours of in-game time.

Cult of the Lamb, released earlier this year, blended genres similarly to this one. But where Cult of the Lamb succeeds is in how satisfying basic actions feel to perform. There is great feedback in building and maintaining a cult, and combat in Cult felt crunchy. It felt as though Cult had more clarity of purpose on arrival, whereas Harvestella feels more scattered. Rather than focus on doing a few things very well, Harvestella chooses to spread itself thin, and the game suffers as a result.

Combat in Harvestella feels similar to Final Fantasy XII, which offered a stripped-down system modeled after MMORPGs. But where FFXII made up for its simplicity with the player-friendly gambit system, Harvestella just offers the simplicity. Players can only swap out party members at a save point instead of on the fly, and dungeons are just long enough that players will likely have to return to them over multiple in-game days. There are glimpses of brilliance: enemies have elemental weaknesses, and exploiting them leads to a “break” or even a “double break”, where attacks deal additional damage and the player can activate a super move from a party member to wipe out any big threats. But spamming special attacks against the limited enemy varieties gets old quickly.

This is not to say that the game is without its charms. Character designs and portraits are gorgeous and distinctive. Farming tools, weapons, and even the fishing pole have steampunk vibes, with gears and triggers where they probably shouldn’t exist but do because they look rad as hell. Though the combat is simple, there is a kind of mindless fun in running through a dungeon, spamming a basic attack to mow through enemies, and gaining loot and experience. There are a few well-written sidequests, particularly surrounding the Siren Emo. But these high points are eventually worn down from the repetitive nature of Harvestella as a whole.

To its credit, Harvestella remains weirdly addictive, even dozens of hours in. There is something soothing about organizing a farm and taming the landscape. Sidequests are frequent and provide decent rewards to the player in terms of currency and crafting supplies, though the writing varies wildly in quality. The mystery at the heart of Harvestella is compelling, though whether or not the player can muddle through depends on if they connect with the systems. As a game to play on a second screen, like a Switch in handheld mode or a Steam deck, it is perfectly serviceable. But as an RPG, its limited scope feels like a missed opportunity.