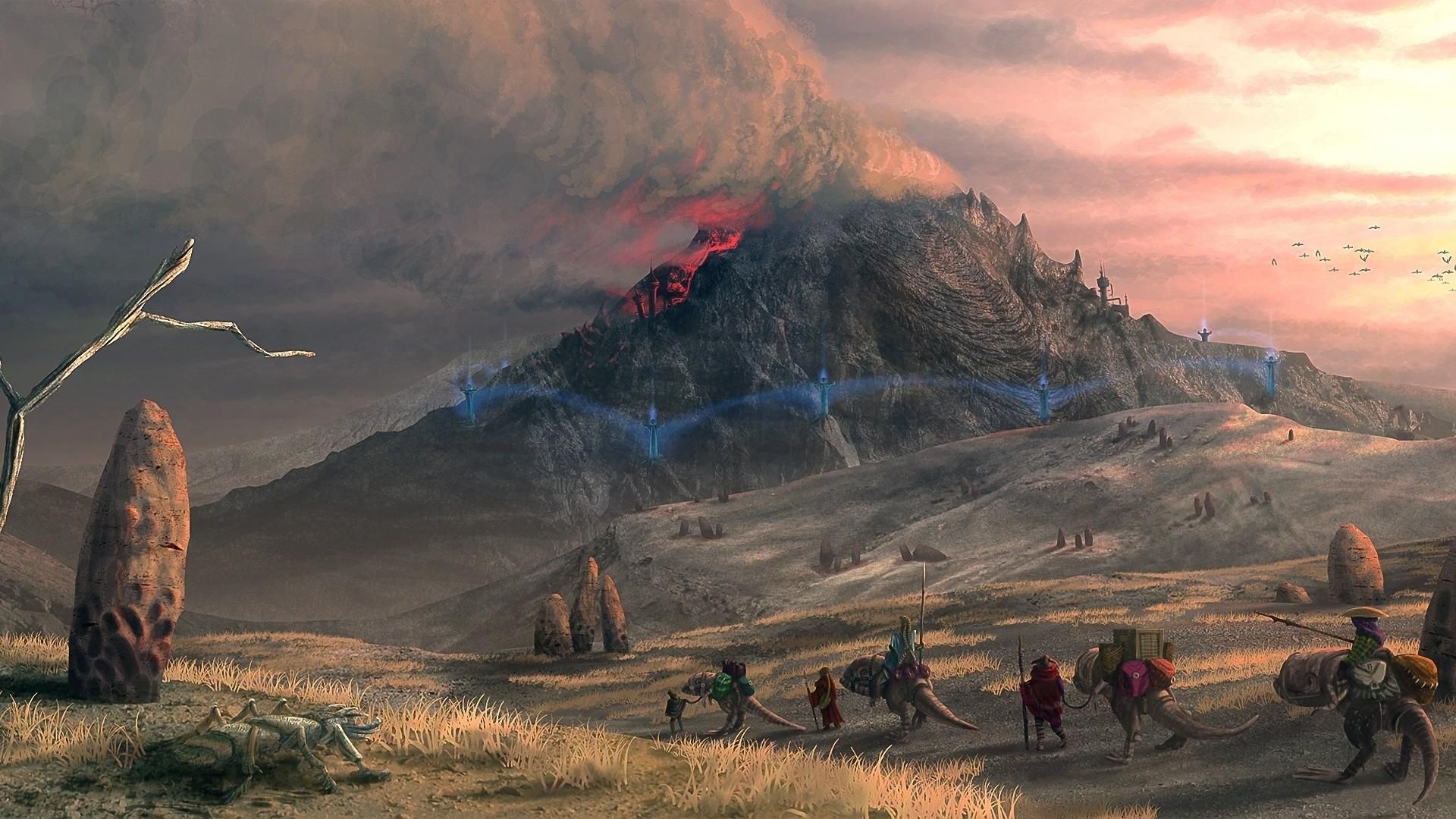 Games That Changed Our Lives: Morrowind

Morrowind is a brown, boring game with terrible combat and horribly dated graphics. In comparison to its own follow-up games, Oblivion and Skyrim, it’s hard to play and doesn’t seem to really offer anything worth going back to. It’s filled to the brim with utter annoyances ranging from its confusing RPG mechanics, vast amount of bugs, and creatures that seem like they were created by Satan himself, just to convince you not to play this game. Yet many fans of the series agree that it’s still the best game and, twenty years after its release, it still boasts an active community of players continuing to mod and play the game, and it’s still the game I go back to when I need to remind myself why I love gaming so much.

In 2002 the idea of a truly open world, open-ended experience was still fairly new to me. Up to that point the most open games I’d played were titles like Mario 64 or the Zelda series, games that offered freedom but were constantly pushing you toward objectives. There were games that seemed to let you go, but a lot of the time they just seemed too complicated: titles like Ultima 7, Baldur’s Gate, or Morrowind‘s own predecessor, Daggerfall. These games just didn’t seem to capture my attention as intended and, as a result, many of these I wouldn’t play until much later. Then two things happened that would really show me what freedom in gaming was like.

The first event was when we upgraded our family computer. Despite being relatively poor growing up, my family had long been into PC gaming over consoles. Mostly because my oldest brother discovered that you could hack PC games to work without disks and there was a store in town that, bizarrely, rented PC games for up to a week. Our aging machine was having trouble playing games like Robin Hood Colouring Book, nevermind titles like Half Life, Warcraft 2 or Thief that my older brothers had started getting into. Over time we managed to save up enough money for new parts and we put them to the test. Games like Freedom Force, Lego Island 2 and Stronghold, all acquired through various means, soon became the staples of our short allotment of gaming time per day. They were fantastic games that still make me nostalgic to this day.

The second event was the release of Morrowind. My older brothers had been fans of the series since Daggerfall, which I later learned was at least partially due to the uncensored nature of the game, something my parents remain unaware of to this day. Morrowind was a big deal for a lot of reasons, and in the months leading up to its release, we scoured the various magazine articles about it and would take trips to the library to look it up online. Finally, it came out to rave reviews and, a few days later, we convinced my mother to take us to that weird video store that rented PC games. We got home, installed the game, applied the no-CD crack from the world’s sketchiest website that kids should not have had access to, and booted it up.

It ran like crap. It ran, yes, but it ran like crap. Come to think of it, Morrowind still runs like crap. But that didn’t matter to me. From the first moments of creating a character I knew this game was going to be different somehow. The introduction to Morrowind, compared to many other games, Oblivion and Skyrim included, is short and to the point. There is an opening cutscene, which I promptly skipped, then you awaken on a prison ship face to face with a blue-skinned man the game identifies as Juib. His raspy voice informs you that the vessel has arrived in Morrowind and that you’re about to be released. From there you’re ushered through a series of short dialogues offering you the chance to build your character before receiving a few dollars for the medieval giant roach cab fare, and a package meant for a man named Caius Cosades in the town of Balmora.

That’s it. The game suggests you find and talk to Caius, but from the moment you finish up with the imperial legionnaire in the Seyda Neen Census office, you’re free to do whatever you want with the character you just created. In contrast to other games, this took a second to get used to. Being the kid that I was, I immediately punched the first person that I saw and, instead of nothing happening at all, the game reacted and put me in jail. This sent me way off the beaten path and now I had a conundrum. In Seyda Neen I had some semblance of where to go, but from the prison I had no bearings. I tried to grab a sword that was laying around and was instantly arrested again. To a degree this was frustrating, but more importantly Morrowind was offering me something no other game had to that point: a world that reacted.

According to Steam I’ve played Morrowind for 160 hours, making it my 9th most played game (number 1 is Skyrim at 625 hours. I’m something of a fan of the series). That’s what’s been calculated since I actually purchased the game on June 10, 2010. The truth is likely much higher, somewhere in the ballpark of 10x that amount, and I still return to it every once and awhile. Morrowind didn’t just capture my attention, it showed me what the future of gaming looked like. It was a game that would let me run wild with my imagination and actually react to it. I’ve started so many new characters that I have the opening dialogue memorized, and I know just how to move my character to shave off seconds on the introduction (if you jump you move faster and can meet the guard on the dock closer to the door). I know where all the secrets are and how to acquire them as soon as possible. I know how to maximize the first few moments so that you can leave Seyda Neen with nearly 2000 gold, and I know that if you’re sneaky enough you can acquire a magical ebony broadsword about 10 minutes in, which gives you enough money to do whatever you want for some time.

Despite all this, I still return to Morrowind for at least a few dozen hours per year because one of the other things it showed me was the strength and ability of a dedicated modding community. While I have often admired these communities for games like STALKER or Baldur’s Gate, the Morrowind mod community is by far my favourite. Fantastic projects ranging from small things like the Alternative Start mod, Mana Regen, and the Morrowind Unofficial Patch, to mods that make the island of Vvardenfell more alive like Companions, the animal packs for birds, fish and land, and Morrowind Comes Alive. Then there’s the overhaul mods, massive projects that take the base game to entirely new levels with mods like Morrowind Rebirth, The FACEPack, and the Morrowind Graphics Compilation. Fan-made files that keep the game relevant and fun even fifteen years later.

Morrowind was the game that made me realize what gaming could become. It was the game that made me fall in love with big open adventures, and made me fall in love with mods and the modding community. Morrowind convinced me that games could be just as fun when you’re writing your own story as they are when you’re just following a script. It’s the game that made me realize that truly great games don’t need to get old if you don’t want them to. More than anything, Morrowind is probably the best example of everything I love about gaming, whether it be the games themselves or the community a game can create. I fell in love with this game twenty years ago and every time I boot it back up I’m reminded why gaming really is the best thing in the world.

Editor’s note: This article was originally published in 2017 for the 15-year anniversary.