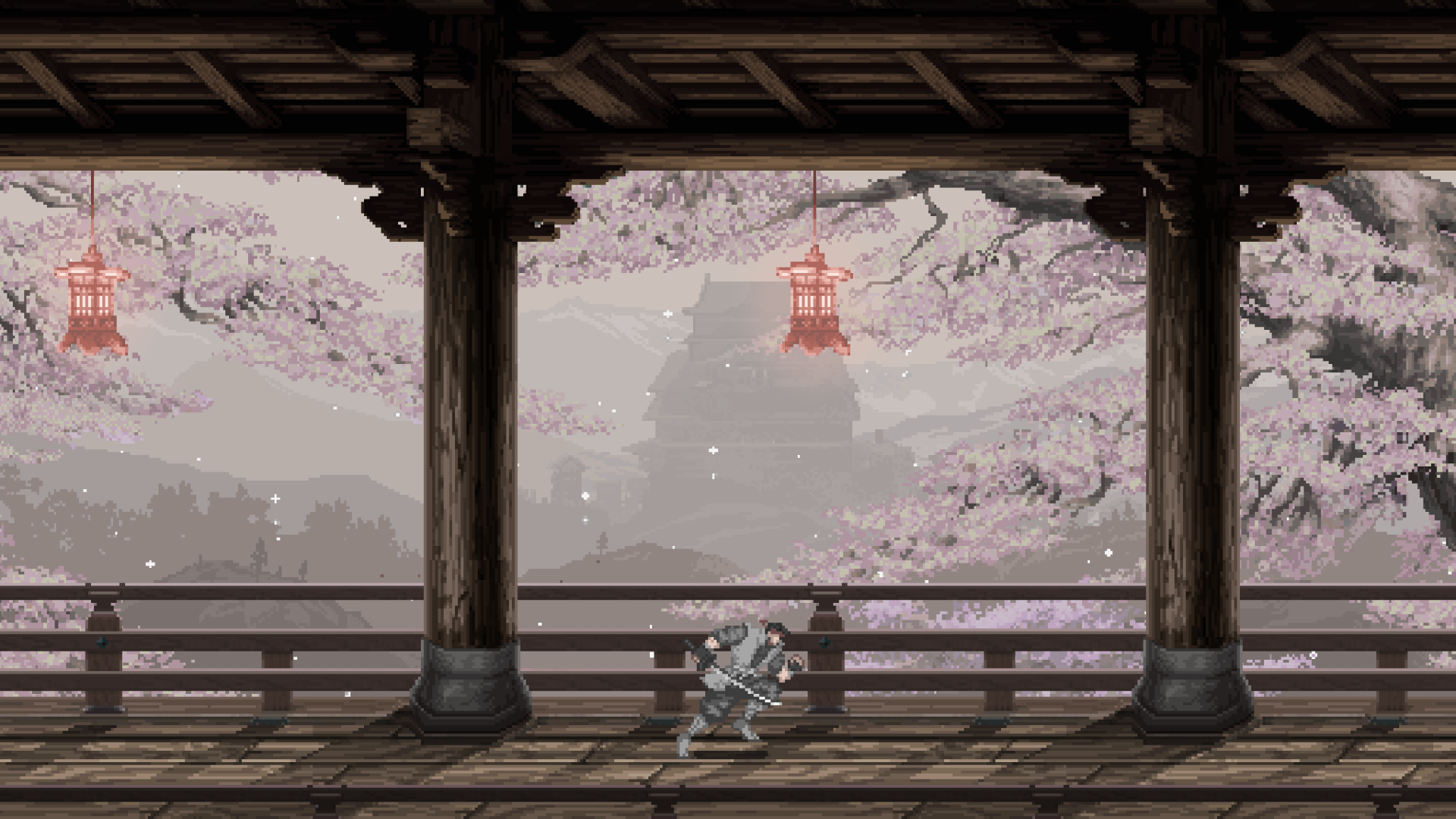 Indie Games Spotlight is Goomba Stomp’s biweekly column where we highlight some of the most exciting new and upcoming independent games. The hype train has been speeding along at full throttle for the indie and AAA gaming scenes alike, but even after major events like the Steam Next Fest, there’s still tons of indie goodness to look forward to in the near future. This week we have a healthy selection of samurai, cyborgs, and a little bit in between. Let’s dig in, shall we?

Forge Your Own Path in Meifumado

We’re already in the midst of a samurai game renaissance thanks to the likes of Ghost of Tsushima and the upcoming Trek to Yomi, but Meifumado looks to add one more title to this already-packed resurgence. This bloodily stylish action RPG takes place in a post-apocalyptic open world inspired by feudal Japan, where a lone samurai-like hero will take up arms, negotiate alliances with rival factions, and fight through a ruthless army of men and monsters alike.

Meifumado is immediately eye-catching thanks to its striking pixelated art style reminiscent of other 2D action games like Blasphemous, but it’s the game’s promise of exceptional depth that makes it sound so exciting. Not only does it provide a robust arsenal of weapons to vary up your combat style, but it also enables tactical combat with challenging enemy designs and battles that require deft strategies to succeed. Add in a narrative that changes direction depending on the decisions you make (including several alternative endings), and Meifumado is looking like an impressively ambitious quest. It’s due for all major platforms in the near future, but you can help it reach the finish line by contributing to its ongoing Kickstarter today!

Ready to Become a Neophyte?

Need a bite-sized dose of chaos in your life? Neophyte should have plenty to spare. A self-described “mini action rogue-lite,” Neophyte squeezes armies of enemies in a compact room and tasks you with using all the tools at your disposal–including two dozens unique spells and customizable stats–to take them down before they can do the same to you. With each run taking only around 30 minutes to complete, the game thrives on capturing a brief but hot-blooded gameplay loop.

Neophyte may be short, but between its robust combat progression options as well as a difficulty level that dynamically increases through each run, the game looks to capture the essence of the white-knuckled intensity that defines any good roguelike. Neophyte starts its run on Steam later this Spring.

Roll Out with the Jitsu Squad

You can never have too many beat ’em ups! With titles like Young Souls, Streets of Rage 4, and River City Girls giving the genre a welcome renaissance, Jitsu Squad joins the fray with a comic-book-style brawler that’s all about accessible, high-speed action. Boasting more than 500 unique chain combos as well as a host of special moves, transformations, upgradeable attacks, Jitsu Squad aims to deliver a robust beat ’em up experience.

Supporting up to four players in local co-op, Jitsu Squad features a number of technical tweaks designed to make the gameplay as fast as frenetic as possible: characters can only run or dash instead of walk, players can juggle enemies infinitely, a parrying system adds a new strategic element to the action, and a tag team mode allows each player to switch between two separate characters on a whim, to name only a few examples. It’s shaping up to be something special for beat ’em up fans, so keep an eye out for its release on PC at the end of the month on March 29.

Unmask the Truth in Itorah

Looking to capture the cultures and landscapes of South and Central America, Itorah is a promising Mesoamerican-inspired platformer developed by Grimbart Tales. This colorful adventure follows a young woman who becomes the last survivor of her people, spurring her to set out on a quest to uncover the truth behind the mysterious disappearance of humanity–and to get to the bottom of the situation, she’ll need to face down a mysterious group of masked creatures and explore a vast world.

Itorah will see players venture through a series of hand-painted caves, forests, temples, and cliffs inhabited by an enigmatic cast of characters, surmounting increasingly difficult platforming and puzzling challenges along the way. A “staggering” number of unique animations and dynamic soundtrack likewise aspire to bring the world to life, making for a captivating adventure all the way through. The journey kicks off soon, with Itorah releasing on Steam on March 21.

Take Up Arms in Sanabi

If you’re looking for some 2D cyberpunk goodness, Sanabi looks poised to offer all that and then some. As a retired mercenary fitted out with an adaptable prosthetic arm, players will set out in a dystopian metropolis to investigate the dark truth behind a corrupt conglomerate. Your arm is more than a simple utility: doubling as a grappling hook and a weapon, you’ll use your prosthetics as a powerful tool to zip between skyscrapers, dash past enemy fire, and take down every foe you face.

Sanabi’s neon-infused cyberpunk aesthetic is already deeply alluring, and its blend of fast-paced gameplay with a beguilingly mysterious narrative keeps the tension high. It’s a promising release bound for PC in Q2 2022, but if you’re looking to get a head start on your mission, you can check out its free Steam demo that’s available now!