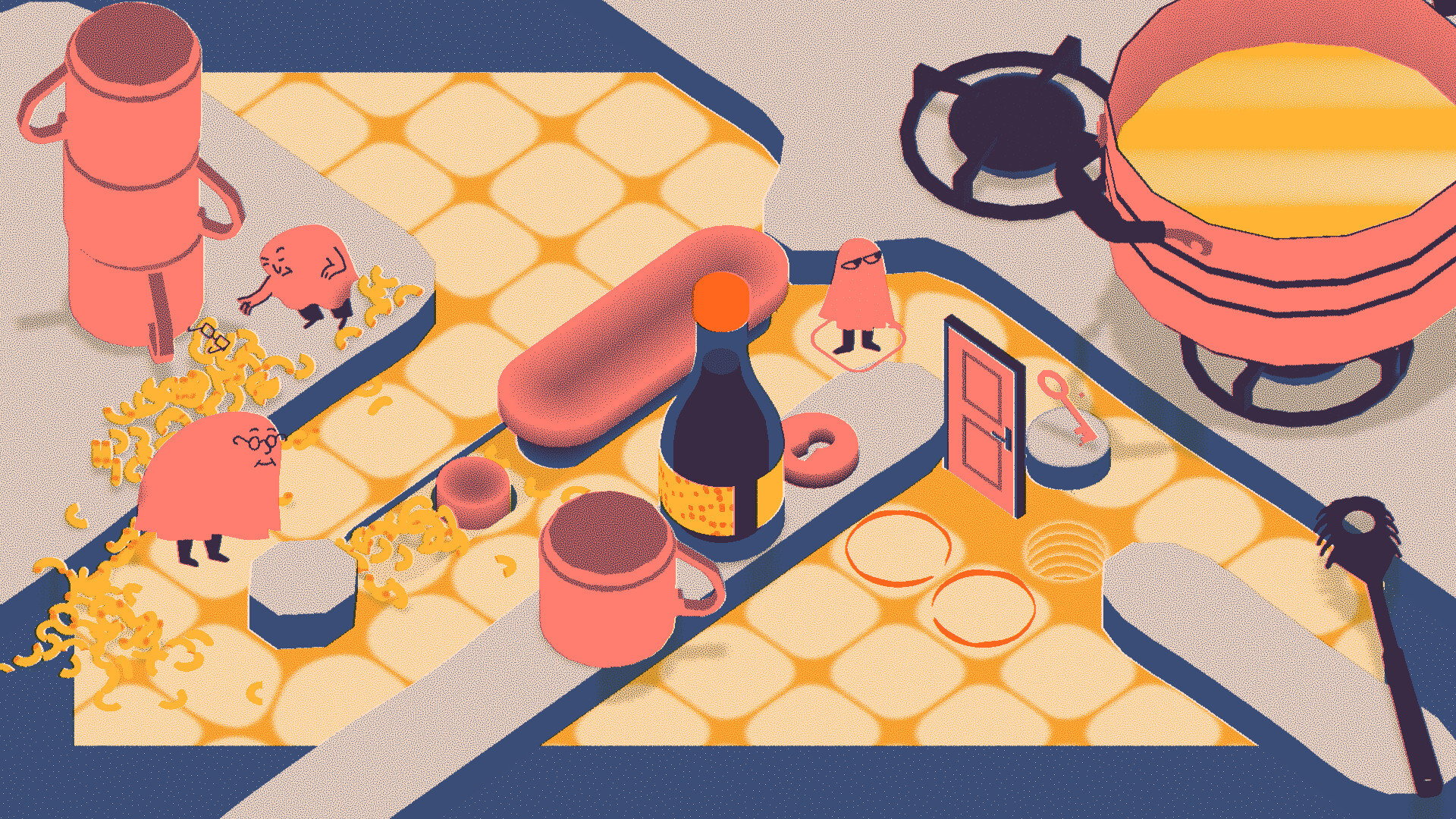 Indie Games Spotlight is Goomba Stomp’s biweekly column where we highlight some of the most exciting new and upcoming independent games. There’s a slight chill settling in the air, and with spooky season behind us, we’re well on our way into the holiday season. Along with the holidays, there are also plenty of great indies to look forward to this season–thanks in no small part to recent showcases like the Day of the Devs event. Horror, cyberpunk, and toxic exes–let’s dig into this week’s spotlight!

Time to Learn How to Say Goodbye

All too often, moving on can feel like an impossible puzzle to solve. How to Say Goodbye takes a shot at finding the answer. This new puzzle game takes place in a ghostly world where you and your friends have been trapped and transformed into spirits, tasked to solve a series of puzzles and make your great escape. Alongside its many brainteasers, the game promises a story defined by grief, kindness, and melancholy.

How to Say Goodbye keeps things simple with grid-based puzzles taking place across 15 chapters, tasking players to move all the pieces into place to open up a path forward out of each level. Not only that, but it also boasts a colorful yet minimalist color palette inspired by classic children’s books. How to Say Goodbye is shaping up to be a bittersweet puzzler hit, and best of all, it’s available now on PC.

Don’t Forget that My Work is Not Yet Done

Isolation is key to some of the most successful horror games in recent years, and it’s not hard to see why. Imagine being totally alone in the woods, accompanied by nothing more than reports of unidentified transmissions in a strange, sinking country–and this just so happens to be the setting of My Work is Not Yet Done. This atmospheric horror game puts players in control of a lone investigator on a desperate mission in a wasteland that’s been overtaken by nature (and perhaps the unnatural, too).

With stark black-and-white visuals inspired by the greats of Japanese horror like Junji Ito, My Work is Not Yet Done is all about fostering isolation and disorientation. Its gameplay also plays into this atmosphere, taking place in a procedurally generated open world filled with handcrafted sections, scenarios, and touchpoints–enabling a consistent experience that disorients the player with every new session. My Work is Not Yet Done might not be finished yet, but it’s looking extremely promising for horror fans ahead of its launch on PC next year.

Crank Up the Neon in Evolutis: Duality

The cyberpunk renaissance doesn’t seem to be stopping any time soon, so it’s the perfect time for something like Evolutis: Duality. This story-driven 2D action adventure takes place in the futuristic world of Neo Hong Kong, where players control three different characters–each with their own stories of vengeance and survival that gradually intertwine with each other. Taking inspiration from the anime realism aesthetic of the 1980s (think Akira and Ghost in the Shell), Evolutis: Duality features an expansive narrative set in an evocative and–you guessed it–neon-drenched world.

Along with its focus on its mysterious story, Evolutis: Duality also features an in-depth combat system that spans hand-to-hand fighting, gunfire, and vehicle chases. In the end, the game is all about taking it one day at a time in a dangerous, lawless city. Cyberpunk fans should have plenty to look forward too when Evolutis: Duality makes its debut on PC next year.

Get Ready to Surmount Every Challenge

What’s the easiest way to climb a mountain? By latching onto a surface, spinning yourself in circles, and flinging off to the next ledge. At least, that’s what Surmount, a new physics-based platformer co-developed by Jasper Osprel and Indiana-Jonas, would have you believe. Surmount tasks players with reaching the summit of the mystical Mount Om, a challenge that entails a mixture of both procedurally generated and handcrafted levels.

Surmount is a climbing adventure that dials up the silliness both in its core concept and its story, which follows a team of eccentric climbers all with their own reasons for wanting to reach the top of the peak. With plenty of fashionable outfits to customize your character, as well as support for local co-op, there’s plenty to keep players busy on this climb. The journey begins next year when Surmount launches on PC.

Quench Your Thirst with Thirsty Suitors

“Battle Your Exes. Disappoint Your Parents. Find Yourself.” That’s Thirsty Suitors’ slogan, and frankly, it’s not a bad life motto either. Developed by Outerloop Games (of Falcon Age fame), Thirsty Suitors is an action RPG following a young woman named Jala who must reconcile with an army of exes and suitors while preparing for her sister’s wedding and the arrival of her family’s strict, judgmental matriarch.

Encounters with suitors, exes, and local punks play out with turn-based battles filled with unique abilities and a mood system that lets you exploit your opponents’ emotions. Along the way, Jala can skate around her city with plenty of high-speed combos and dynamic acrobatic challenges, while also working to fix her relationship with her parents with action-packed cooking sessions to make South Indian dishes. There’s no release date just yet for the game’s release on PlayStation, Xbox, Switch, and PC, but if you can’t wait to quench your thirst, you can try out Thirsty Suitors with its free Steam demo now.