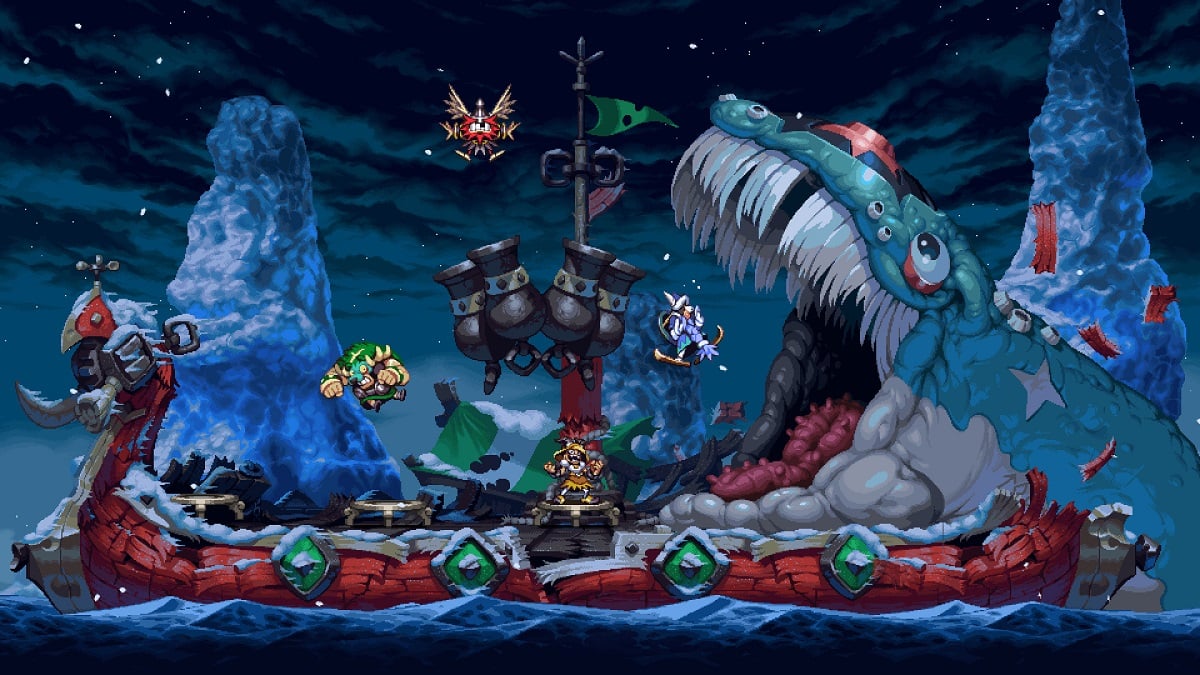 Indie Games Spotlight is Goomba Stomp’s biweekly column where we highlight some of the most exciting new and upcoming independent games. As we move into the fall season, there’s something about gravitating towards a lighthearted, cozy game that just feels right. Be it an adorable zoo management sim or a zany party game that anyone can play, this week’s picks exemplify coziness in either art style or gameplay. Let’s dive in!

Grab Your Tools and Let’s Build a Zoo!

Have you ever been intrigued by something like Zoo Tycoon but felt overwhelmed by its open-ended nature? Let’s Build a Zoo condenses this experience into a cohesive campaign that balances a healthy amount of direction with a large number of customization options. There’s not a narrative in the traditional sense, but a steady stream of events occur that pushes players along at a brisk pace. From investors offering returns in exchange for park improvements to environmental disasters that present an opportunity for your park to swoop in and save the day, there’s rarely a dull moment to be had in Let’s Build a Zoo.

All of this would be a moot point if the core simulation gameplay wasn’t up to snuff, but thankfully there’s a ton of depth here. Players can hire and adjust the salaries of zookeepers, vendors, researchers, geneticists, and more, and determine what they spend their time doing around the park. Animal care can be optimized with proper routing from the storehouse to the exhibits, and ensuing the animals have enough food, water, and entertainment all factor into how long they live and how happy visitors are. Simple statistics with visuals like depleting bars make it easy and manageable to stay on top of things.

That’s perhaps the biggest compliment I can give Let’s Build a Zoo after my short time with it: its player-friendly design makes it easy to keep tabs on many different tasks without feeling overwhelmed. A quick menu mapped to the left trigger makes navigating between buildings a breeze, and daily summaries (à la Stardew Valley) help keep your success in perspective. Coupled with a range of moral choices that influence the progress of your zoo and over 500 different animals that can be flown in from around the world, Let’s Build a Zoo ticks just about every box for those looking for a more focused (but still customizable) zoo management sim. The game makes its debut on all consoles on September 29 as well as Xbox Game Pass.

The deckbuilding scene has absolutely flourished over the last several years, cementing itself as a thriving genre and branching out into new experimental offshoots. Lost in Fantaland is one of the most promising experiments yet: it’s a blend of deckbuilding and classic turn-based strategy in the vein of Final Fantasy Tactics or Into the Breach. But that’s not all–it’s also a roguelite.

Players can choose from Warrior, Mage, or Deceiver classes and explore randomly generated worlds populated by different biomes, each home to a unique set of enemies. All combat takes place on an 8×8 “checkerboard,” and success grants both new cards and items (think relics from Slay the Spire or artifacts from Monster Train) to enhance your deck. While there’s clear inspiration present from genre titans, the added element of strategic unit placement and a beautiful pixel art aesthetic should help Lost in Fantaland stand out when it hits early access on Steam on September 26.

Have You Ever Seen Vikings on Trampolines?

Owlboy was near-mythical by the time it released after nine long years of development in 2016. Often regarded as one of the most beautiful and moving pixel art games ever created, it’s no wonder that there’s been fervor around D-Pad Studio’s next project. No one, however, expected Vikings on Trampolines. This zany multiplayer experience is all about staying on trampolines and pushing opponents off, be they NPCs or your friends. But how involved can this simple concept possibly be?

As it turns out, quite. In Adventure Mode players can team up and play through an entire campaign co-op, including boss battles and a variety of minigames. For those just looking to jump into something quickly, there’s also a Versus Mode where friends can play against each other in various stages and modes using wacky items and underhanded trampoline-based antics. D-Pad Studio even claims that the controls are simple enough to play with one hand (perfect for the Switch). Prepare to jump into more pixely goodness when Vikings on Trampolines hits PC and consoles sometime soon.

There Are Endless Monorail Stories

There’s something inherently romantic about long train rides. Be it the gentle sway of the car or the scenery rushing by outside, there’s nothing quite like it. Monorail Stories is a minimalist narrative game that focuses on something else: the people. Every day hundreds of new stories are born in the cars running between cities, and developer Stelex Software is setting out to tell these very tales.

What makes Monorail Stories so interesting is its approach to narrative. There are two protagonists who commute at different times and unknowingly affect each other in different ways. How players choose to interact with other passengers has a direct effect on their stories and leads to multiple endings. Better yet, after finishing the stories of the defined protagonists, Monorail Stories lets players take control of a fresh commuter who experiences the cities in a new way. All of these unique perspectives plus an asynchronous multiplayer mode should keep narrative game enthusiasts plenty busy when the game hits PC on September 26.

Prepare to Brave the Highwater

They say art imitates life, and that couldn’t be more true than in the case of Highwater. Amid an event known as the Great Climate Catastrophe, excessive flooding has divided a region into three territories: the ravaged War Zone, the neutral Hightower, and the heavily fortified Alphaville. Hearing that a rocket is planned to take the wealthy inhabitants of Alphaville to Mars in an attempt to survive, protagonist Nikos decides to gather his friends and sneak their way on.

The premise hits close to home, and it’s only aided by a beautifully subdued color palette and melancholy soundtrack. Gameplay-wise, Highwater employs a mix of open-area exploration and turn-based combat as Nikos and his crew fight off those who are trying to stop their expedition. Between freely driving around in your boat and scavenging the combat grid for useful battle items, Highwater looks like it’ll have substantial depth to match its important message when it releases on PC in December.