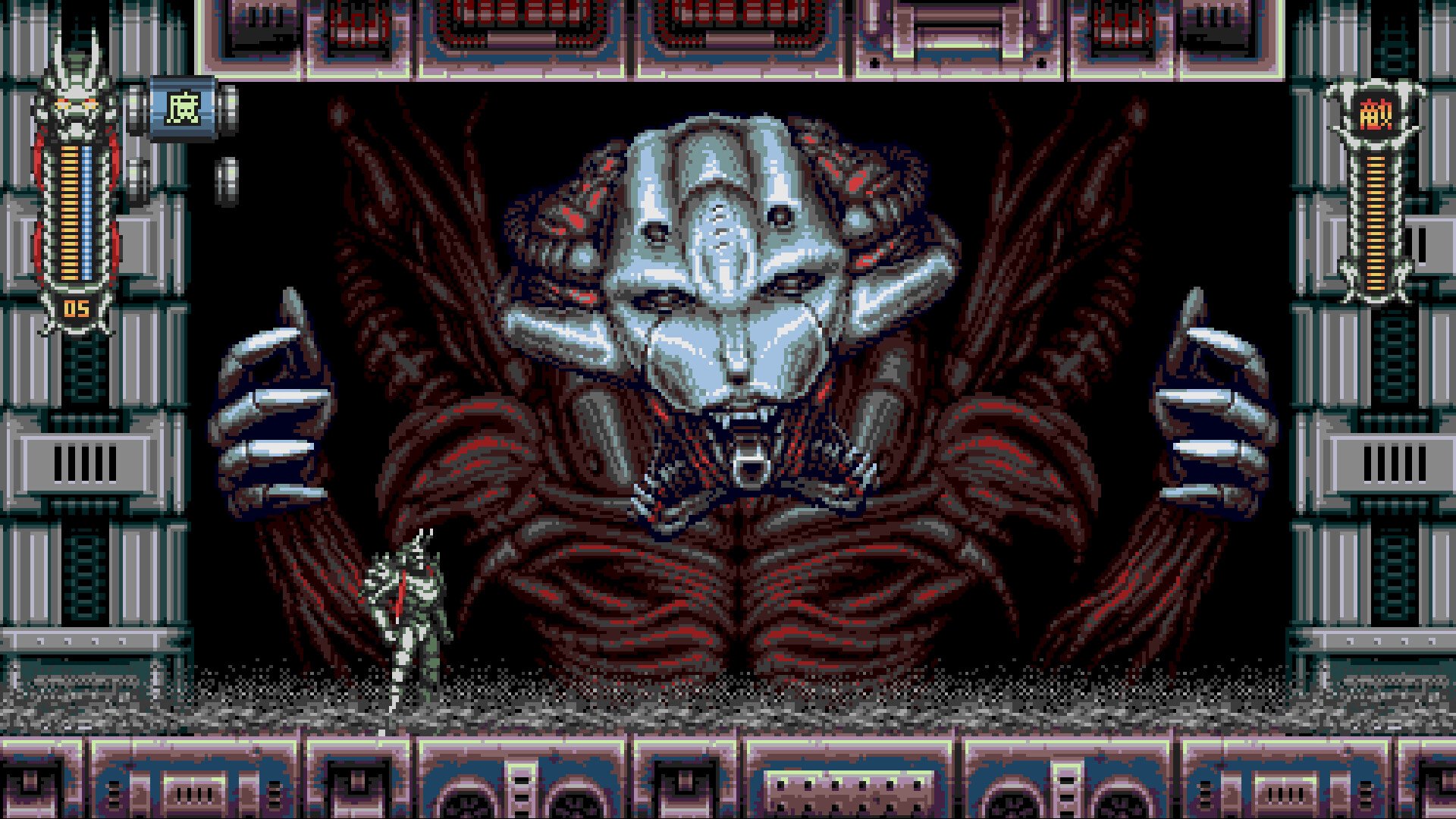 Folks, it’s that time of year once again—the latest Steam Next Fest has rolled around, and with it come hundreds of demos of promising indie games. In the spirit of festivities, we’re dedicating this week’s edition of Indie Games Spotlight to a few of the biggest highlights from the event. While it’s impossible to rank every notable demo in the event, here are five of the coolest games we got to try in this year’s Next Fest. Spooky cats, medieval scribes, robotic ninja warriors–Next Fest has all this and more, so let’s dig in!

There’s no shortage of promising metroidvanias coming out in the near future, but 9 Years of Shadows has to be one of the standouts. It’s looked excellent in previous showcases, but going hands-on in its Next Fest demo shows how much potential there is in this colorful adventure. The demo starts out simply enough as players are thrown into a black-and-white world, where a cursed castle has thrown the land entirely into darkness. After a linear opening section, though, the world bursts into color, fully displaying its beautifully rendered pixelated graphics–and most importantly, opening itself up to exploration.

9 Years of Shadow is not just a sight to behold, but it’s already a delight to play. Even in its first 30 minutes, this evocative world begs for discovery, with plenty of secrets to uncover and new paths to discover. Its gothic setting leans more into the Castlevania side of the metroidvania genre, a characteristic propped up by its fantastical monster designs, satisfying melee combat, and a groovy soundtrack. And if that wasnt’ enough, one of the game’s central mechanics involves hugging a ghostly teddy bear–which is as much of a selling point as any. It will be exciting to see what 9 Years of Shadows has in store for metroidvania lovers when it releases on PC and all consoles later this year.

Countless games have reimagined the medieval era of knights, peasants, and superstition, but few have done so through one of the era’s greatest artistic legacies—medieval manuscripts. Inkulinati fills that void. This roguelike turn-based strategy game takes place entirely within the world of a manuscript, where players control scribes who must draw up their own armies to fight on battlefields of the page.

Inkulinati has to be one of the most creative strategy games in recent memory. Its concept is immediately striking, with a fanciful reimagining of medieval art where illustrations of rabbits, dogs, bishops, and monks come to life on the page and go to war. Its mechanics are also simple yet engaging: taking place on an entirely 2D plane, each turn has you drawing and commanding your soldiers to face your foes, avoid environmental obstacles, or collect extra ink to draw more heroes. No matter how your adventure draws out, Inkulinati is showing incredible potential, and medievalists and strategy fans alike should bookmark this quest.

We’ve enjoyed a minor renaissance of point-and-click adventure games in recent years, and The Abandoned Planet looks to fit right in with this trend. Players control an astronaut who crash lands on an alien planet, left to fend for herself and fight for her survival in a hostile, isolated environment. The Abandoned Planet immediately makes a strong first impression with its extremely detailed pixel art, fluid animations, and upbeat synth beat soundtrack—but it’s the in-depth puzzles and exploration that will excite genre fans the most.

Even in its brief Next Fest demo, The Abandoned Planet presents the player with a series of elusive puzzles and a fairly expansive inventory of items, providing ample opportunities for experimentation and discovery. Its gameplay loop may seem a bit standard for its genre up to this point–there’s nothing hugely out of the ordinary on display just yet, if you’ve played other similar games–but its execution is extremely solid, with some clever puzzles and an excellent presentation that work together to create a lush and mysterious atmosphere in moment-to-moment gameplay. So far, The Abandoned Planet is shaping up to be a stylish and thoughtful point-and-click romp that adventurous players will want to keep on their radar ahead of its launch early next year.

A Castle Full of Cats

What’s your idea of heaven? If you answered, “I want to wander through a castle brimming with cats,” then you’re in luck. A Castle Full of Cats is just what it sounds like—a hidden object adventure game where you poke your way through a castle brimming with cats hiding in every nook, cranny, and crevice. Not only that, but a curse has befallen the castle, and all the cats have been transformed into mummies, bats, vampires, and other ghoulish creatures (while remaining vaguely cat-shaped, of course), leaving it up to you to restore the castle’s inhabitants to their friendly feline selves.

A Castle Full of Cats is far from the flashiest demo at Next Fest, but it’s certainly one of the cutest. There’s not much to it, but the simplicity of clicking through each of its lovingly drawn environments to uncover the sneaky kitties hidden within never failed to bring a smile to my face during my time with the game. Each little setpiece in the castle is lovingly drawn like something out of a children’s book, and with more than 500 kitties to find, the game promises a hefty and adorable experience. A Castle Full of Cats makes its debut on Steam later this month.

Developer JoyMasher has already helped scratch the retro action itch with titles like the Contra tribute Blazing Chrome and Ninja Gaiden callback Oniken, but now, Vengeful Guardian: Moonrider looks set to deliver the team’s most ambitious 2D action experience yet. Set in a desolate world run by an oppressive, totalitarian state, Vengeful Guardian: Moonrider follows a robotic ninja warrior who rebels against his creators and sets out on a destructive quest for freedom.

Vengeful Guardian’s demo wastes no time throwing players straight into the fray. This action platformer feels most reminiscent of a combo between Shinobi III and Contra 3, where you’ll dash and slash through armies of monsters, robots, and humans alike. With two full levels playable in the demo, the game already shows off its brutal difficulty–I’d rather not share how many game overs I encountered during the first level’s boss fight. Importantly, the difficulty feels more challenging than unfair, simply demanding the most out of players to overcome its many obstacles–and the beautiful pixel art and pounding synth-driven soundtrack certainly make it easy to keep trying again and again. Keep your katanas at the ready for Vengeful Guardian: Moonrider’s release on PC and all consoles later this fall.