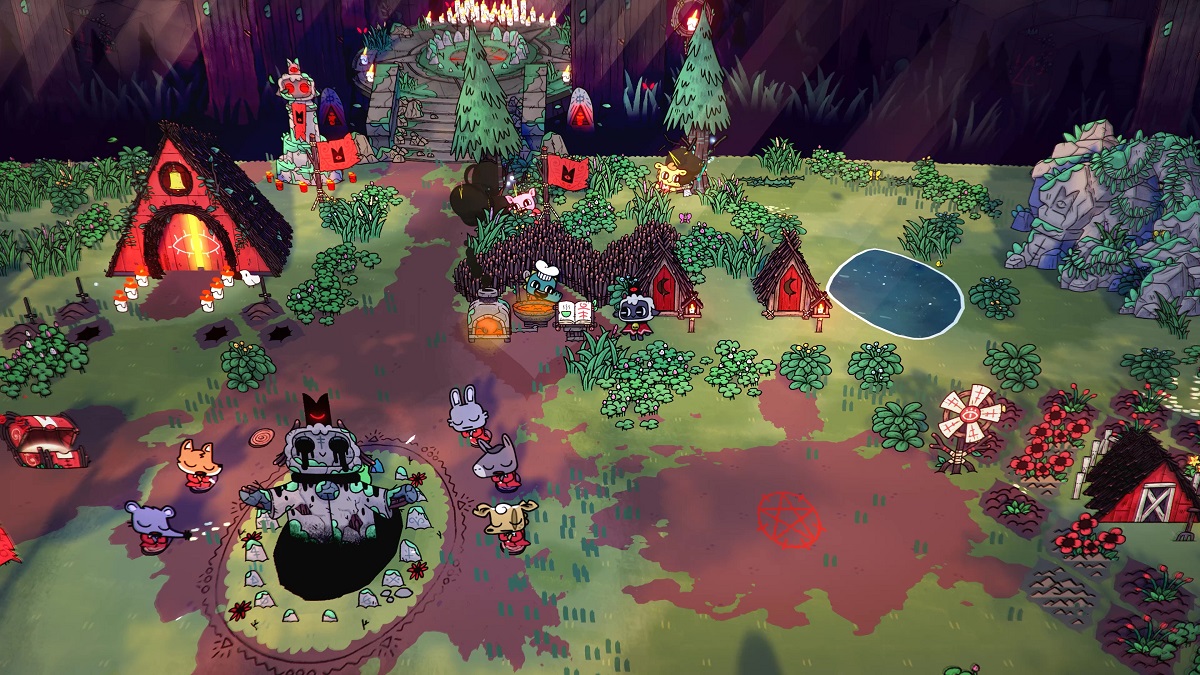 The Steam Next Fest continues to be the best way for people who can’t make it to conventions to go hands-on with some of the most anticipated indie games around. Since the timeframes coincided once again, we’ve decided to turn this week’s Indie Games Spotlight into a ranking of the top five demos we played during the event. Whether it’s a thoughtful narrative adventure or a toe-tapping dreamy rhythm game, there’s sure to be something here that’ll catch your interest. Happy wishlisting!

There’s beauty in simplicity, and just like Minit before it Master Key proves that a vibrant color palette isn’t necessary if the core gameplay is rock solid. The Link to the Past influence is apparent straight away, but the fact that Master Key manages to capture that same adventurous spirit is impressive in and of itself.

The demo opens with no story setup, dialogue, or tutorials of any kind; it relies purely on your ability and curiosity as a player to figure things out. Master Key is all about experimentation and discovery, and a somewhat generous checkpoint system makes exploration less stressful than it might be otherwise. This is especially appreciated since combat is decidedly old school and bouts can end quickly if you don’t pay enough attention. Be it towns with quirky NPCs that speak via emojis or animation work that’s bursting with charm and personality, Master Key is one to keep an eye on as it inches closer to its release on PC sometime in the near future. Wishlist it here!

Deck builders have surged in popularity in recent years to the point where even more action-based titles like Neon White have begun incorporating card-based mechanics. Tracks of Thought is a narrative adventure first and foremost, but its implementation of a card battling system feels so natural that one might expect it to be just that type of game. The idea is that battles represent discussions, and since discussions shouldn’t be one-sided, it’s game over if either person’s health runs out. You start by choosing an approach (logical, creative, direct, etc.), a method (listening, being self-aware), and finally an optional bonus card that has a special effect. If you can come to a mutual understanding without either person getting upset or sad, you win!

Outside of the discussion system, Tracks of Thought oozes charm and a knack for great writing. The setup of a train ride taking a strange turn and becoming a fantastical personality-driven adventure is unique and exciting, and the humor on display is already showing great promise. The real twist, though, is that the dialogue choices you make throughout Tracks of Thought fundamentally alter the storyline and act as a kind of personality test that developer Tidbits Play hopes will lead to “self-discovery and reflection.” This is definitely one to be aware of when it launches on PC sometime soon. Wishlist it here!

There’s no game that exudes classic Devolver Digital energy quite like Anger Foot. A flurry of violence set to pulse-pounding beats that sync up with the action, Anger Foot feels like an evolution of Hotline Miami in the best of ways. The premise is simple: you’re an infamous kick-happy troublemaker who suddenly realizes one of his beloved pairs of shoes has been kidnapped. In a blind rage you set out into the grimy, crime-riddled city to reclaim your kicks and destroy anyone who dares get in the way.

For as silly as the storyline is, the moment-to-moment action is no joke. The goal for each level is to run through buildings and kill anyone who stands in your way. You start out with back-cracking kicks, but before long the protagonist can shoot and throw guns too as he tries to clear out rooms before he’s shot or beaten to death. Runs may be a bit frustrating at first since there’s little room for error, but gradually learning the routes feels rewarding and within reach every time.

Outside of the challenge and adrenaline rush that comes with perfecting a stage, Anger Foot throws in a results screen at the end of every level that shows how quickly you were able to complete it and the number of enemies you took out, adding a nice bit of replayability. There’re even challenges available that unlock different types of shoes which gran special abilities like “Regain ammo with every kill” or “Turn doors into bombs.” Look out for the full version of this chaotic yet hilarious action FPS when it hits Steam next year. Wishlist it here!

The first title on our list to have a firm release date, Melatonin quickly became one of my most highly anticipated indies after seeing it close out the Wholesome Direct earlier this month. Being able to go hands-on not only put any fears I had to rest, but it even exceeded my expectations in terms of presentation value.

The premise of a dude dozing off in his apartment and his dreams being the rhythm game levels is super novel, and the entire dream-like aesthetic is pulled off perfectly between the cloud-filled menu screens and the soft colors and nonsensical nature of the visuals accompanying every level. Each stage starts in practice mode to get you used to the unique type of rhythm it demands. Some are call and response, some require knowing audio cues through trial and error, and some operate around delay-based patterns. This variation keeps the bite-sized levels fresh and exciting to replay and perfect, and the mashup level at the end of the demo proved to be a delightful test of my abilities.

Between a distinct, dreamy visual style and catchy electro pop/kawaii bass tunes, Melatonin is shaping up to be one of the most stand-out rhythm games in quite some time. The included assist options also bode well for its accessibility to those with varying visual or auditory needs. Thankfully, we don’t have long to wait now: the dream begins on September 16 for Switch and PC. Wishlist it here!

Have you ever played the first five minutes of a game and known it was something special? That was my experience going hands-on with Cult of the Lamb. The demo was relatively short, but it oozed with so much polish and personality that it was impossible not to fall in love straight away. It opened at the start of the game where the titular lamb is sacrificed by an ancient religious order in an effort to do away with an ancient evil. However, that same evil being makes you a deal to resurrect you in exchange for starting a cult in his name and killing the leaders of the order who are bounding him to the afterlife.

Despite being one of the “bad guys,” trying to kill those who killed you while simultaneously paying back the one who resurrected you is a great character motivation. It also sets up an addicting loop: go out into the world and get closer to killing the four leaders, scavenge for resources to build up your cult, return home and feed/nurture your cult with new infrastructure, and repeat. The format is similar to Slay the Spire in that players can choose different routes on an overworld map, each with combat, rest, foraging, or (at the end) a boss. You can even find hidden merchants who will present buffs and new spells to choose from.

While the combat is fun enough (it’s mainly hack and slash with some special moves thrown in to spice things up), what I suspect most will get pulled into is the base building. Cult of the Lamb offers a good bit: be it chopping wood and mining stone to build structures, making food to keep followers fed, or indoctrinating new cultists to the cause, there’s no shortage of tasks to get involved in. You can fully customize your minions too, from the breed of animal they are to their names and visual variants. By melding Slay the Spire-style exploration and progression with a simplistic yet addicting form of base building, Cult of the Lamb could very well be one of the best games this year when it launches on all platforms August 11th. Wishlist it here!