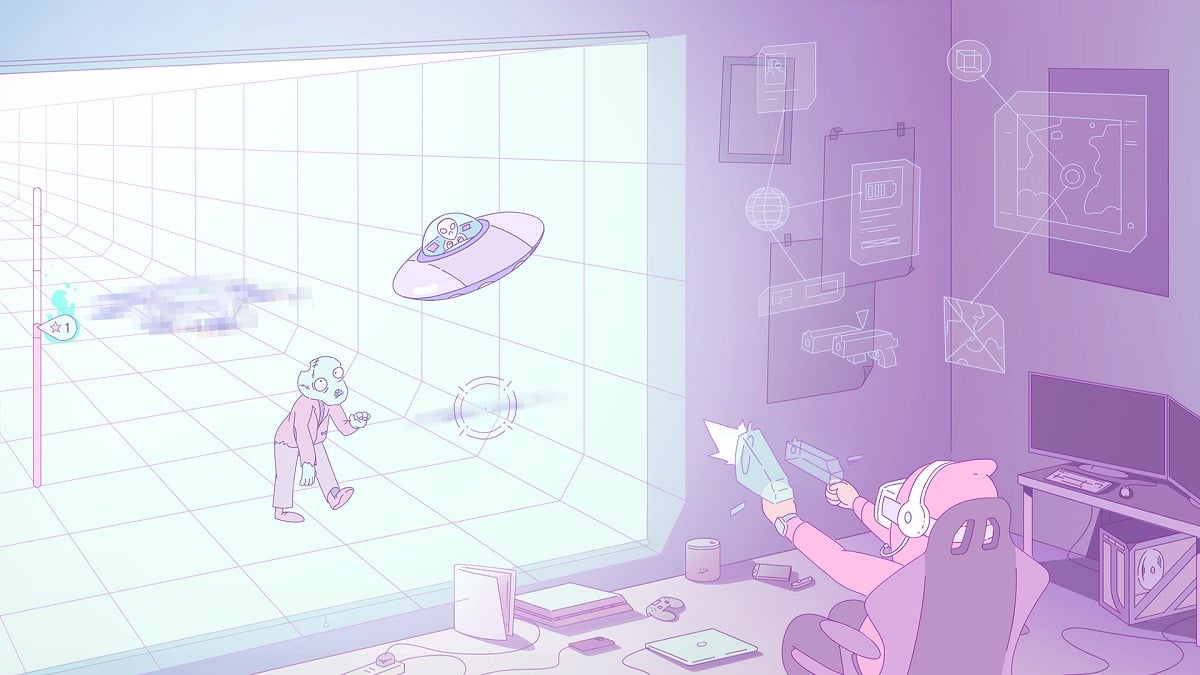 Long gone are the days when indie games used to be footnotes of larger E3 presentations. Today, entities like Wholesome Games, DoubleFine, and The Media Indie Exchange (MIX) make it a point to get as many indies in front of people’s eyes as possible. This year’s Wholesome Direct featured dozens of games from across all genres and developers from an array of countries. With this many titles featured, however, it can be a little overwhelming trying to find standouts. Thus, we at GoombaStomp present our top five picks of the show (plus some honorable mentions)! Read on to discover just some of the games that’re worth keeping an eye on.

For as much as the independent games scene injects a level of visual variety into the industry, there are certainly several predominant indie art styles that’ve been in vogue in recent years. 30 Birds stood out during the Wholesome Direct because it was immediately distinct in both its environmental design and character design. Rich with color and Persian-inspired art, the world of 30 Birds leapt off the screen as Zig made her way through dimly-lit streets, forests, and trains on her quest to find track down the contact details for 30 anthropomorphic birds. It’s rare that we get games steeped in Middle Eastern mythology, art, and music, and thankfully there’s not long to wait: while there’s no firm date yet, you can download the Steam demo now!

Usage Shima is the kind of experience that seems tailormade for the Wholesome Direct. A self-proclaimed “idle bunny collecting game,” it’s similar to titles like Animal Crossing: New Horizons in that the appeal is in taking care of an abandoned island in real-time, decorating it and populating it with residents over the course of weeks and months. The twist here is that the residents are adorable rabbits, and the more you invest in the island, the more bunnies come to visit as tourists. Raise your friendship level high enough and some may even want to stay permanently.

Solo dev pank0 is aiming for 30+ types of rabbits to meet and a multitude of activities to participate in such as feeding, photography, brushing, and more. There’s no Steam page quite yet, but you can sign up to Usagi Shima’s newsletter for important announcements ahead of the game’s launch in 2023.

If one thing’s for sure, it’s that old school Paper Mario titles had a major impact on would-be developers growing up. While some indies have leveraged the paper aesthetic and classic battle system wholesale, however, Paper Animal RPG is taking a more unique approach. Instead of everything being made of paper, the world of Paper Animal RPG is more like a board game. And instead of a set story, each playthrough is different. Pulling off a proper roguelike RPG is no easy feat (especially in terms of story and character development), but the most narrative-lite direction Paper Animal RPG seems to be going in could be just what it needs to succeed. You can support the title’s Kickstarter when it launches later this summer.

Much like Paper Animal RPG, A Frog’s Tale has all potential in the world to feed an audience that’s somewhat underserved in the indie space. Aside from its jaw-droppingly detailed (and adorable) pixel art, what sets A Frog’s Tale apart is its focus on rhythm-based puzzles, combat, and platforming. How well this system works remains to be seen, but the prospect of a music-based RPG (that isn’t as tied to music as something like Cadence of Hyrule) is intriguing. Better yet, A Frog’s Tale seems to be going all-in on adventure, companions, and regional cosmetics; this doesn’t look to be a “light” RPG in any way. If you’re eager to see this ambitious title come to fruition in 2023, you can check out the Kickstarter here and wishlist it on Steam here.

Nintendo Directs began the tradition of having “one more thing” ready to show at the end of a game showcase. The idea is to end with a bang, and the Wholesome Games crew did just that by choosing to close out the Wholesome Direct with Melatonin. A mystical rhythm game that seems to take place in a space between dreams and reality, Melatonin is everything a fan of the Rhythm Heaven series could ask for. It uses animations and sound cues instead of an intrusive overlay, features a story about self-reflection, and even offers a level editor to bolster its 20 mini-game offering. Add in challenge modes for the hardcore and assist options for those who typically struggle with rhythm games, and Melatonin is shaping up to be a standout when it hits Switch and PC on September 16th. Best of all? You can try a demo on Steam right now!