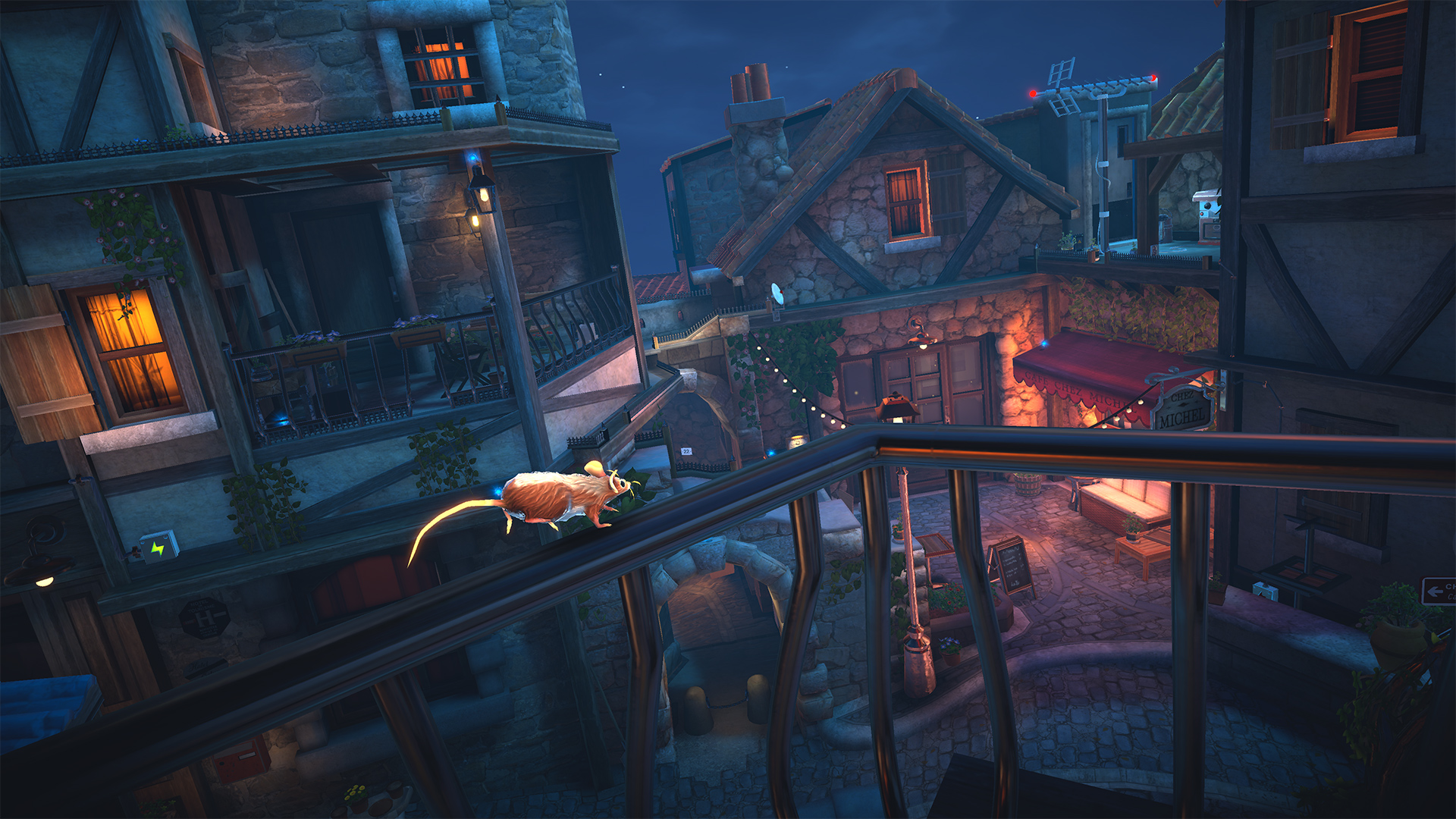 Indie Games Spotlight is Goomba Stomp’s biweekly column where we highlight some of the most exciting new and upcoming independent games. The summer heat may be on its way out as we slowly slip into the fall season, but the indie game world is as hot as ever. Looking to find love in unexpected places, or simply run away from it all? In the mood to explore a French village with an otherworldly spirit? As always, expect the unexpected in this week’s spotlight. Let’s begin!

Depending on how your dating life is going, you might find yourself feeling like a monster sometimes. In Kaichu: The Kaiju Dating Sim, you literally are a monster–one that’s also single and ready to mingle. Six kaiju have descended on the planet to wreak havoc on some of the world’s most recognizable landmarks, posing the perfect opportunity for you, a pink titan called Gigachu, to find your one and only.

Kaichu‘s monster movie inspirations may be eye-catching, but that concept does more than just affect the game’s presentation. Gone are the traditional dates and dialogue options of most other dating sims; in Kaichu, you go on non-verbal dates with your gargantuan paramours where you demolish world-famous monuments together, all while answering compatibility questions to learn whether you’ll make a good fit. Kaichu is both unabashedly silly and surprisingly ambitious with nonlinear gameplay, multiple endings, and dozens of locations. Ready to get the date started? Kaichu is available now on PC and all major consoles.

Soar into Action with The Spirit and the Mouse

There’s a little magic hiding in even the most unassuming places if you know where to look…at least, that’s what The Spirit and the Mouse might suggest. Set in the idyllic French village of Sainte-et-Claire, The Spirit and the Mouse is a narrative-driven 3D adventure following (you guessed it) a spirit and a mouse on their quest to bring light back to their community. Freshly imbued with a host of electrical powers, it’s up to the mouse to appease local spirits, solve character-driven puzzles, and explore its collectible-packed environment to bring balance back to the village.

Magical as it might be, the game promises to be a “low-stress” affair–with an ambient piano-based soundtrack, a heartfelt story, and even a dedicated “squeak” button, The Spirit and the Mouse looks to be a laidback experience. It’s not long before players will get to run loose in Sainte-et-Claire, as the game makes its debut on Switch and PC on September 26.

Get Jacked in Jack Move

Beyond its lush pixelated graphics, Jack Move also features a unique single-party-member battle system that blends traditional turn-based action with tactical elements. With the ability to switch your roles and abilities mid-battle, the game adds real-time strategies into every combat encounter, tasking players with making the most of every upgrade on hand. Between its narrative, graphics, and gameplay, Jack Move has a lot to offer for RPG fans–and it’s available now on PC, with a release for all consoles coming on September 20!

Fans of 3D platformers starring high-speed mammals may have focused all their attention on a certain Sonic Frontiers coming later this year, but that isn’t the only game that should be on their radar. Enter Lunistice, a bite-sized platformer that wears its inspirations on its sleeve: calling back to the PS1 and Sega Saturn 3D platformers, Lunistice is a linear adventure that’s all about racing through a series of action-packed dreamscapes.

Players control Hana the Tanuki on her journey to the moon, in an adventure that’s designed to be short, sweet, and relaxing–but with plenty of replayability. Lunistice offers multiple playable characters with their own gameplay styles and move sets–along with additional heroes who will be added in free post-launch patches. Lunistice reaches the finish line on PC and Switch later this year–but before then, give its free Steam demo a shot!

The game is immediately endearing with its chunky, isometric presentation, but it offers considerable depth alongside its graphics. Set in a world that changes with every playthrough, including new maps, enemies, bosses, and NPC locations, no two adventures will be the same in Paper Animal RPG. Want to help the game become as best as it can be? Consider contributing to its ongoing Kickstarter campaign before its eventual release on PC and consoles!