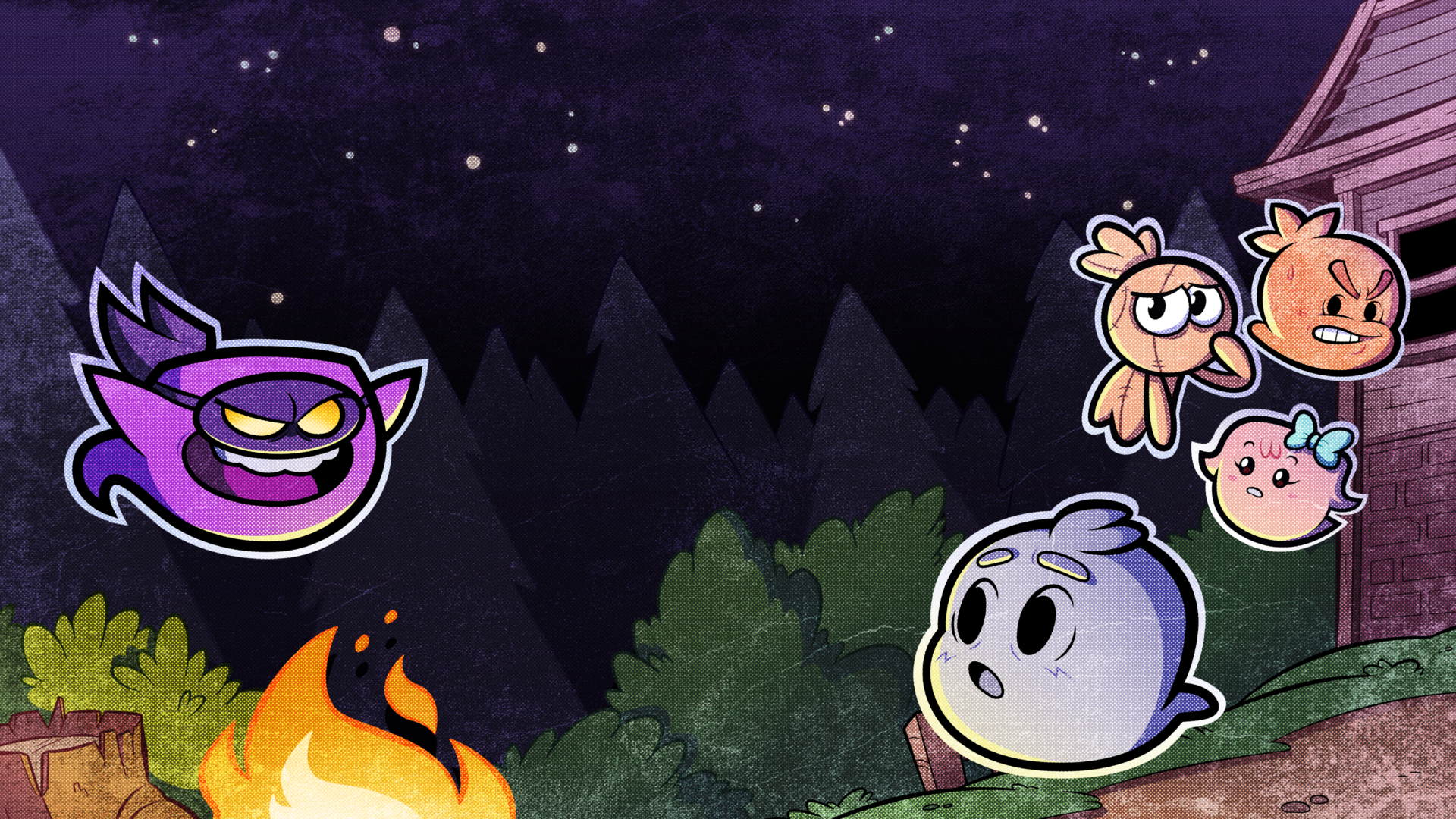 Indie Games Spotlight is Goomba Stomp’s biweekly column where we highlight some of the most exciting new and upcoming independent games. Summer is starting to wind down, but that doesn’t mean that the indie news will cool down anytime soon. In this week’s spotlight, we’re jam-packed with exciting new releases and promising upcoming independent debuts. Whether you’re looking for a fashion-conscious FPS, a ghostly RPG, or a mythological paltformer, we’ve got you covered. Here we go!

Pack Up with The Outbound Ghost

In The Outbound Ghost, death is just the beginning. Set in an otherworldly town populated by whimsical undead spirits, this endearing RPG is all about helping regretful ghosts make peace with themselves and move on to a better life (or lack thereof, technically speaking). As Outbound’s most helpful ghostly resident, you’ll explore a fanciful world, meet a wide range of colorful undead townsfolk, and slowly learn more about your previous, mortal life.

The Outbound Ghost places quite an emphasis on its lighthearted storytelling and worldbuilding, but its gameplay loop looks to be substantial as well. The game sports a turn-based battle system where you fight alongside personified figments of your personality–think “Jealousy” or “Benevolence”–against a series of devious foes. That’s not to mention all the customization and character progression required of a good RPG. Whether you’re in it for the story or the gameplay or merely the opportunity to play as a friendly ghost, there’s plenty to look forward to when The Outbound Ghosts haunts PC, Nintendo Switch, PlayStation 4/5, and Xbox later this year.

Sometimes it can feel like being unfashionable is a crime–and in Fashion Police Squad, it is. In this comedic FPS, you take to the streets as a member of a fashion police squad armed with outfit-improving weapons. It’s your job to hunt down all the drab and unstylish people daring to go out in public looking like that and show them the errors of their unstylish ways.

Fashion Police Squad is about as silly as they come, but that doesn’t stop it from being a fleshed-out shooter in its own right. The game provides a full arsenal of weapons to choose from, each with unique characteristics that make it uniquely suited to handle certain enemy types. Throw in a mysterious yet appropriately nonsensical plot and plenty of over-the-top bosses, and Fashion Police Squad looks like a lovely romp for shooter fans when it releases on PC on August 15.

There are ambitious indie games, and then there’s Fallen Tear: The Ascension. A 40-hour, hand-drawn, fully voice-acted, and completely open-ended Metroidvania inspired by Southeast Asian mythology, Fallen Tear brims with ambition–and looks poised to pull it off, too. Players control a young boy named Hira who fights to save a world on the brink of annihilation following a catastrophic war between the gods, sending him on a journey that will help reveal the truth of his mysterious past.

Flexibility is the name of the game, as Fallen Tear proudly touts that players will be able to customize their playstyle through its adaptive combat system, free-flowing exploration, and character relationships. Visually, Fallen Tear is already a delight, and the full voice acting likewise promises to bring its mystical universe to life. There’s still some time to go until Fallen Tear: The Ascension finally rises up on PC and “further platforms,” but until it does, you can support the game by wishlisting it on Steam.

Metroidvanias are no strangers to twisted plots, but Zapling Bygone dials it up a notch. Not only do you control a hive mind monster exploring a vast interconnected world, but you gain new abilities by literally murdering bosses and then wearing their skulls on your head. It’s a bit brutal, sure, but it gets the job done–and it’s a welcome, dark take on the metroidvania formula.

Zapling Bygone offers up a vast world to uncover with plenty of secrets hidden in each nook and cranny, begging you to put all your abilities to use. The skulls you wear grant you many new ways to better explore and uncover your surroundings–but they are no mere empty husks, however. The skulls on your head speak to you throughout your quest, and you live through their memories in graphic novel form. Between its fascinating concept and unique gameplay, Zapling Bygone is a wonderfully quirky exploratory platformer–and it’s available now on PC.

Plenty of games tout their own uniqueness, but few will go so far as to say that they are completely like no other game on the market. Well, Like No Other : The Legend of the Twin Books went there–and while it definitely seems to follow in the footsteps of classic adventure games, it’s certainly promising. From the team behind last year’s endearing Wind Peaks, Like No Other follows an amateur adventurer exploring an abandoned town in search of a legendary treasure.

Like No Other blends old-school adventure sensibilities with a cyberpunk aesthetic, sending players through dozens of puzzle over a concise two-hour campaign. With a hand-drawn comic-book-esque presentation and a lighthearted attitude, it’s sure to be a welcoming and charming experience for new and old fans of point-and-click adventures. It makes it unique debut on August 25 on PC, Nintendo Switch, and Xbox.