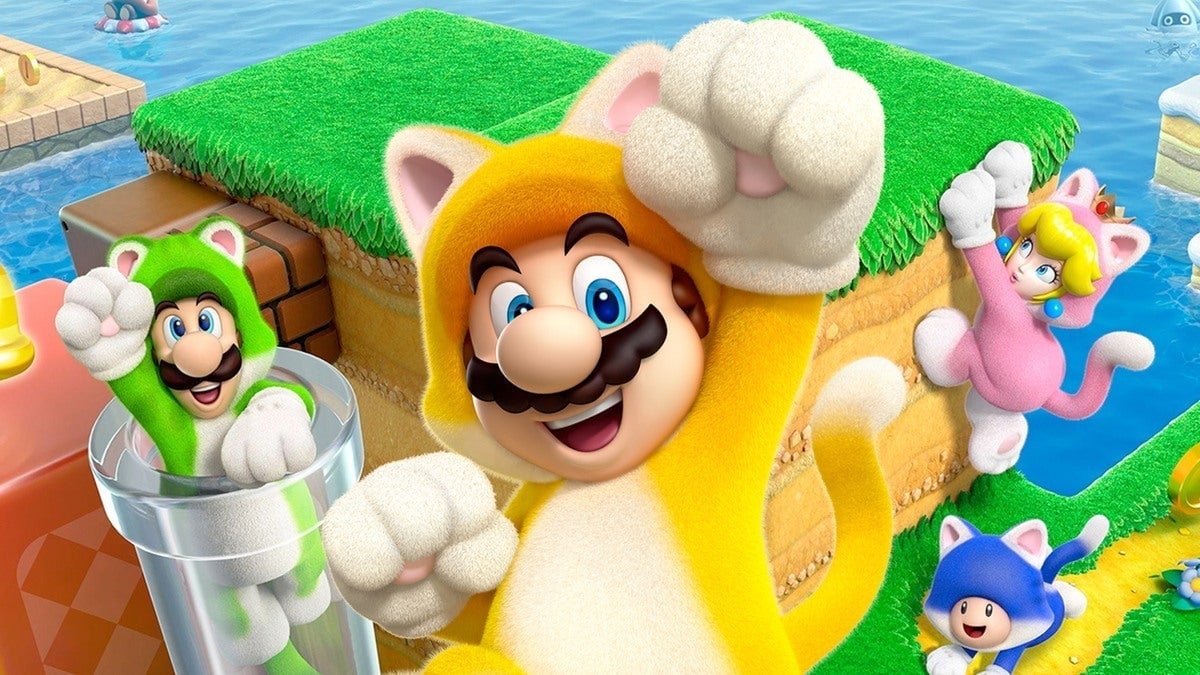 Editors Note: The following review of Super Mario 3D World does not contain the additional Bowser’s Fury content. For a review of Bowser’s Fury, you can check out our article on that half of the release right here!

It did not even take a few minutes for the Sprixie Kingdom to become an earworm and a blast all over again. As Nintendo continues to tighten the lock on its previous console generation by bringing over the Wii U’s biggest hits to its spectacular hybrid successor, Super Mario 3D World + Bowser’s Fury is yet again another expected masterpiece. Rather than dusting and polishing Mario’s best cooperative phenomenon to date, Nintendo has gone above and beyond with its latest port as the developers at their Entertainment Planning & Developing division have created what is without a doubt the definitive version of the 2013’s holiday knockout. Like the journey of the Wii U to Switch, Super Mario 3D World walked in style under a niche market so its second coming could run in furious luxury to a broader audience. Whether you are jumping down that crystal clear pipe from the Mushroom Kingdom for the first time or diving directly back in just wanting more, Super Mario 3D World is of course going to be worth it even if it means double-dipping on its price.

Mario and the gang’s “purrrfect” multiplayer leisure is back and ready to bounce.

In the same vein as the Mario Kart 8 and New Super Mario Bros. U “Deluxe” Switch soufflés, Super Mario 3D World + Bowser’s Fury refines the last-generation title as it aims to alter some of its fixable critiques. However, outside of some rather odd thematic approaches to its individual levels within worlds, the game was never in need of reinvention. Leave it to Nintendo though to of course find a way to revamp their mascot’s titles in the best possible ways. Super Mario 3D World’s latest Switch release focuses on fixing two specific aspects of the original title: momentum and inclusivity. If the original Wii U game was considered slow albeit methodical, then this version of the title can be considered fast yet precisive. At face value, it may seem like a minor change, but the altered speed and momentum of Super Mario 3D World completely change how the game is played. Not only does the game now uphold the idea of quick in and out levels for casual audiences, but it presents a game of catch-up for professionals racing for top scores or speedrun stats.

On the inclusivity side, Super Mario 3D World on Switch does not add anything life-changing or helpful for newcomers like auto-steering or automatic gas, but the title does aim to turn those slower single-player moments into a shared experience. Whereas the Wii U gamepad had special functions only the lead player could utilize (moving blocks with the touchpad or blowing into the microphone for air drafts) every player can now activate these objects through your controller’s IR sensor- to simplify this, imagine if the original release had received motion support with the Wii controllers where the tv essentially became one big touchpad for everyone. On top of this, the Captain Toad bite-sized solo levels have received multiplayer. It may make the levels much faster to complete as the Toad brigade can easily crash through levels in a matter of seconds with efficient cooperation, but like the changes in momentum, the reward only feels more satisfying when you are able to finish a task so fast as players must communicate with each other to find treasures and properly move the camera.

Outside of those changes in place, Mario, Luigi, Peach, and Toad are still running amuck doing their usual entertaining shenanigans with some other minor tweaks the returning veterans would likely not even notice. As the jazz constantly adapts to the changing environments and the levels become more challenging, the delightfulness of the closed yet creative levels of the Sprixie Kingdom never fails to push its rising difficulty. Collecting Green Stars and Stamps still come with a bang and a crash as skilled players will thrive on their hyper-speed pace while slower newcomers can take their time combing and learning the environment. After obtaining any of the two collectibles, even if you die the item will still remain as collected until you finish the level. Rather than having to continually fail the same tasks over and over again, the game gives newcomers a chance to push forward without having to worry about seeing a game over.

Going into the topic of those aforementioned stamps, if there is one social platform the Switch is lacking that Super Mario 3D World‘s previous console had it is of course the Miiverse. In the original release, players could use the collectible art-pieces to create their own black and white posts that other users could interact with on both the hub world and loading screen after completing a level. While this feature was created for laughs and tips, with Nintendo’s foreclosed social network out of the picture, the developers were of course put into a position of having to reinvent the collectible’s purpose. For players still interested in creating their own art with stamps, by accessing the game’s new photo mode in any level with the simple press of a button artist can plaster the Sprixie Kingdom’s environments to their heart’s content.

While on the subject of art, despite next to no new graphical enhancements with this port, it is no surprise why Super Mario 3D World graphically still fits right in with the current generation lineup of Nintendo titles; the company’s games simply age like fine wine due to their ingenious art direction. Outside of some minor lighting adjustments, more color pop in specific areas, and an overall resolution bump nothing has changed from the almost eight-year-old Wii U release. The fact that the enhancements are all the more noticeable during the opening cutscene rather than actual gameplay may just be a testament as to how well the title holds up. Not even over half a decade can stop the fluffy fur textures of each character and their comic relief properties from looking nothing short of exceptional. It may not compare to something like Super Mario Odyssey per se- as to be expected- but that by no means signifies that 3D World should be considered a downgrade of any sorts or even something varying in quality from Mario’s various other Switch adventures.

Super Mario 3D World’s Switch release may seem like it only gives, but it has taken away one minor aspect that will likely go unnoticed by many players. After completing a stage in the Wii U version, the game would inform you how long the level took you to finish. The “Best Time” feature that would appear under your best score has oddly been removed from the latest release. It is an extremely odd change that will go under looked by new adopters, but it is both a shame and flat out weird that this feature is absent from the entire game. When the original release came out, exchanging your fastest time with friends was always a fun little exchange, especially for speedrunners. This is not a major loss by any means, but hopefully, Nintendo can patch this missing aspect back in if there is enough demand from players- they added GameCube support to Super Mario Sunshine months after release, so who says they wouldn’t?

The game struggles with really only one other aspect though. As expected that is the online multiplayer. When the online functionality between players works, Super Mario 3D World plays out exactly like the usual local couch co-op extravaganza players are used to. However, some levels can be plagued with lag spikes and jittering depending on how much is going on. On top of this, the lead party player is the only one who gets to keep the progress made throughout the levels the group finished. There is a ton of odd decisions put into the online, but at the very least, getting into parties is extraordinarily fast from my personal testing and most levels have not had any issues functioning. Obviously, bandwidth and internet connections between players will affect this, but for the most part, Nintendo is on the right track with getting their servers to work. If it were really not for the leader being the only one to keep their progress, this online would be close to perfect without accounting for the lag- again, that lag could have been caused by the connections between the people I played with.

Even without accounting for Bowser’s Fury, after seven years Super Mario 3D World still holds itself high above the flagpole.

Every Wii U and Switch owner will hold the same stance regarding Nintendo’s last-generation ports to their modern console hybrid. For those who have never experienced Mario Kart 8, Donkey Kong Country: Tropical Freeze, Pikmin 3, Hyrule Warriors, and now Super Mario 3D World, these are titles still well worth their full price that you should no doubt pick up if you never previously did. For returning players though, out of all of Nintendo’s upgraded additions to the Switch’s ever so growing catalog, 3D World may as well be considered the port that is the most substantial upgrade to its foundation. Its combination of a bonus single-player campaign and tweaked mechanics arguably makes it leagues better than its slower predecessor who was already considered a smash hit. Whether you are a newcomer or veteran, start grooving to that spunky jazz and get your claws sharpened because Super Mario 3D World is back and better than ever.