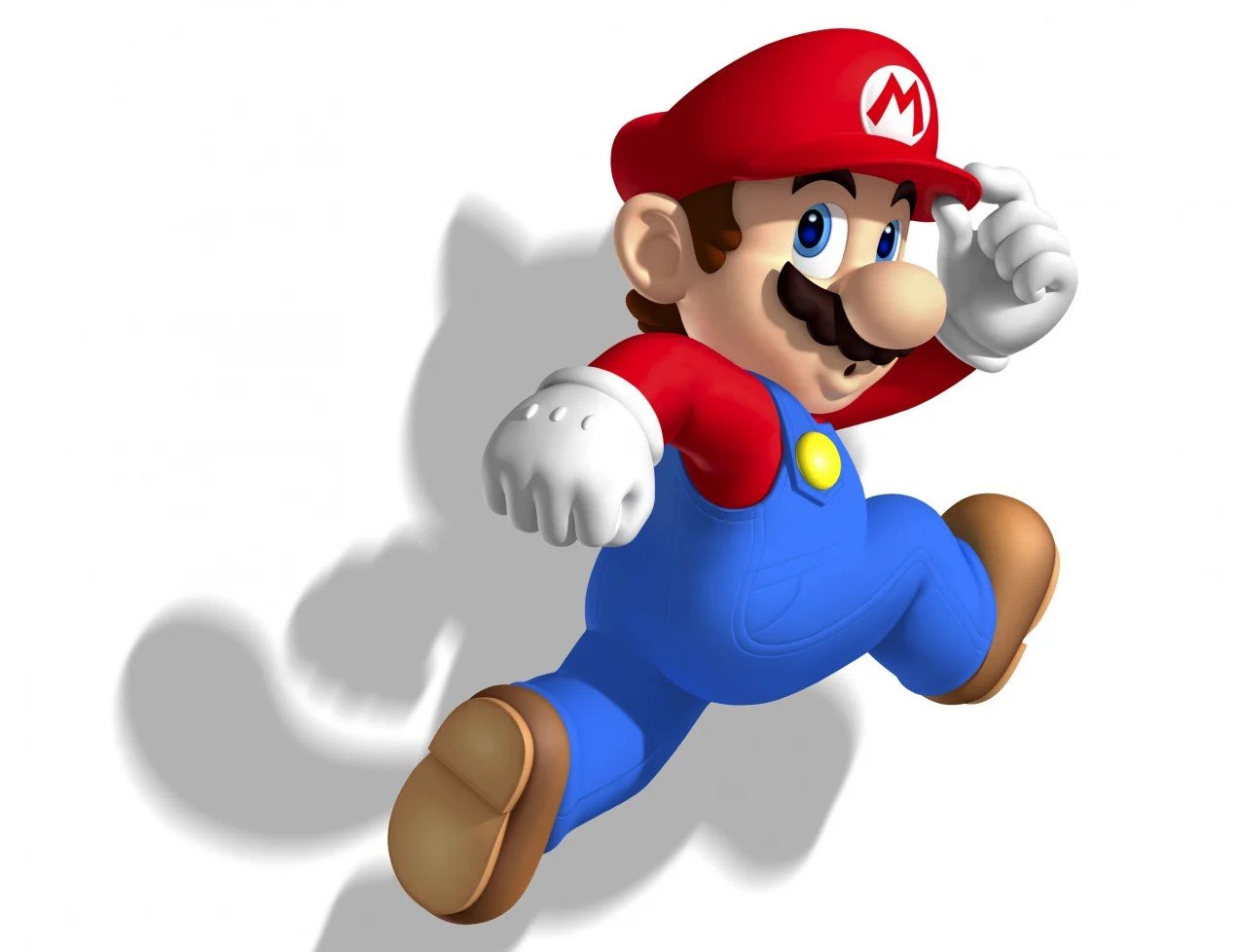 It was late 2011 and the Nintendo 3DS had endured a tough year. Launched during the twilight of the Wii, but before the unveiling of the Wii U, the 3DS suffered from an anemic launch lineup, a market-blind price, and a genuine lack of interest around its core gimmick: glasses-free 3D. Despite being the next step in Nintendo’s handheld strategy–and a noticeable power bump from the DS–the 3DS’ launch lineup failed to communicate what Nintendo’s new system actually offered. By releasing remakes of N64-era games, such as Ocarina of Time and Star Fox 64, instead of new entries in classic series (the venerable Pilotwings notwithstanding), the 3DS failed to make itself a must-have console for core gamers. Additionally, though it charged a hefty $249.99, it launched with titles geared toward casual audiences, such as Nintendogs + Cats that failed to satiate the hardcore Nintendo fans that serve as early adopters.

That changed on November 11th, when Nintendo released Super Mario 3D Land, a 2.5D isometric hybrid of Nintendo’s 2D and 3D Mario games that revolutionized the Super Mario series and its approach to platforming. Incorporating impressive visual design and implementing a clever use of powerups, including the Tanooki suit, 3D Land took Mario’s portable adventures to the next level, selling over 12 million copies and helping to salvage one of the worst launch years of any Nintendo console, portable or home. It was a critical darling, scoring an elusive 90% on Metacritic and, all these years later, deserves a closer examination of how it succeeds in adapting a classic series to the 3DS. 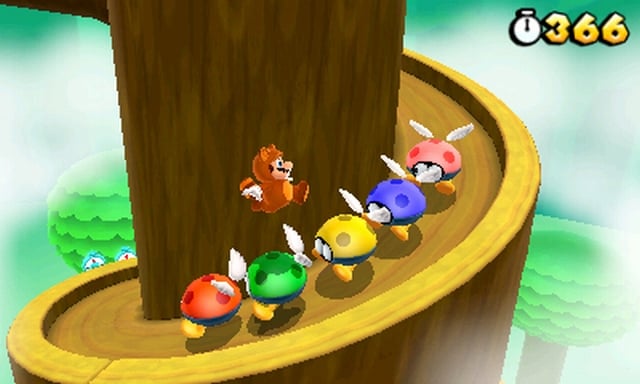 Portable Platforming: Designing for the Platform

3D Land is a notable case of building the game for the platform. While its sequel, Super Mario 3D World and other Mario platformers build intricate levels that can take a few minutes to fully explore and even longer to complete, 3D Land builds its levels with the 3DS’ limitations in mind. Cognizant of the fact that players would be playing 3D Land in small, rather than sustained, bursts, Nintendo designed levels to be short, easy-to-navigate, and easy-to-complete. While this creates easy levels toward the beginning of the game, it also makes for more engaging gameplay, as levels never overstay their welcome. Indeed, 3D Land feels at home on the 3DS, easy to play despite the 3DS’ small screen, lack of a true analog stick, and small buttons.

This applies to 3D Land’s technical side as well. Despite being an early title in the system’s lifespan, 3D Land is easily one of the system’s most beautiful showcase games, a game whose large renders of Mario and enemies work wonders with the 3DS’ limited resolution. Excellent art design takes the classic Mario look and adapts it perfectly for a 2.5D setting, making typical aspects of a Mario platformer, like airship levels, feel genuinely interesting and new.

Despite running at thirty frames-per-second (fps), 3D Land uses excellent frame-timing and great resource management to make sure that it’s target is rarely, if ever, missed. While the absence of sixty fps is missed, the flaws of thirty fps are hidden so well that it’s hard to complain. As one of the few games that truly takes advantage of the 3DS’ namesake effect, 3D Land’s use of 3D is also noteworthy. From puzzle rooms that heavily utilize 3D to beautiful landscapes that pop with it turned on, Super Mario 3D Land is one of only a handful of titles that could make 2DS adopters regret their decision to ignore it. It’s truly a showcase for what more 3DS games could have looked like with adequate developer support and a more emphatic thumbs-up from Nintendo. 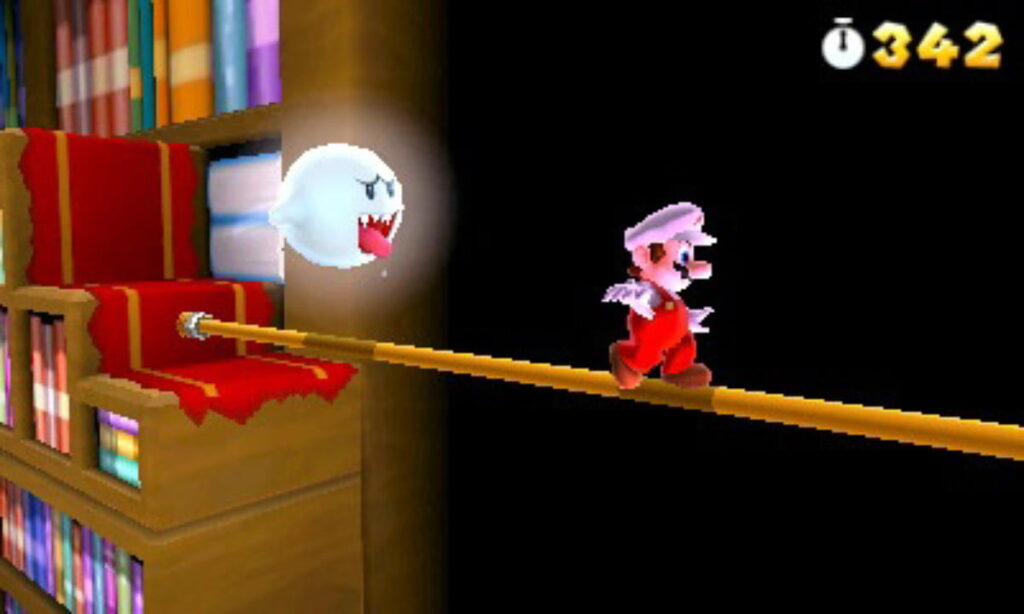 Mario games have always had a penchant for collectibles. From Super Mario World’s Dragon Coins and 96 exits to Super Mario Galaxy 2’s Green Star scavenger hunt, the series has never shied away from having easily-seen collectibles for advanced players to obtain. However, Super Mario 3D Land adequately adapts the series’ trademark collectibles into something both enticing and engaging. Playing 3D Land doesn’t feel complete without going for every Star Coin and looking to hit the top of the flagpole on every level.

Part of that drive lies in how collectibles are incorporated within 3D Land‘s design. While in traditional 2D Mario platformers, Star Coins serve as an almost unnecessary sideshow for completionists, they serve an integral role in 3D Land, blocking the player’s progress until they have collected enough of them to unlock the levels required to proceed. While, in many platformers, obtaining collectibles can feel irritating, trite, or pointless, 3D Land makes them stand out in ways that few other platformers manage.

One of 3D Land’s most notable re-introductions to the Mario formula is the Tanooki Suit. Missing in action since Super Mario Bros. 3 on the NES, the Tanooki Suit feels right at home in 3D Land, allowing a freedom of movement that the game feels designed around. From the game’s first level onward, the Tanooki suit takes center stage. While a few levels require the use of another power-up, such as the Boomerang Suit or Helicopter Block, and every level can be finished without power-ups, the game doesn’t feel the same without the Tanooki Suit.

It’s difficult to imagine the 3DS as the 75 million unit seller it is today without the excellent timing of Super Mario 3D Land‘s release. Coming at the end of a disastrous launch year, and carrying with it the hopes and expectations of Nintendo’s next generation of handheld game systems, Super Mario 3D Land succeeded in bailing the 3DS out of a slow start and galvanizing sales. Its success infused a sense of creativity and level design that had been absent from the Mario series for a number of years. Years after its release, Super Mario 3D Land remains one of the 3DS’ best games and Mario’s best portable entry.