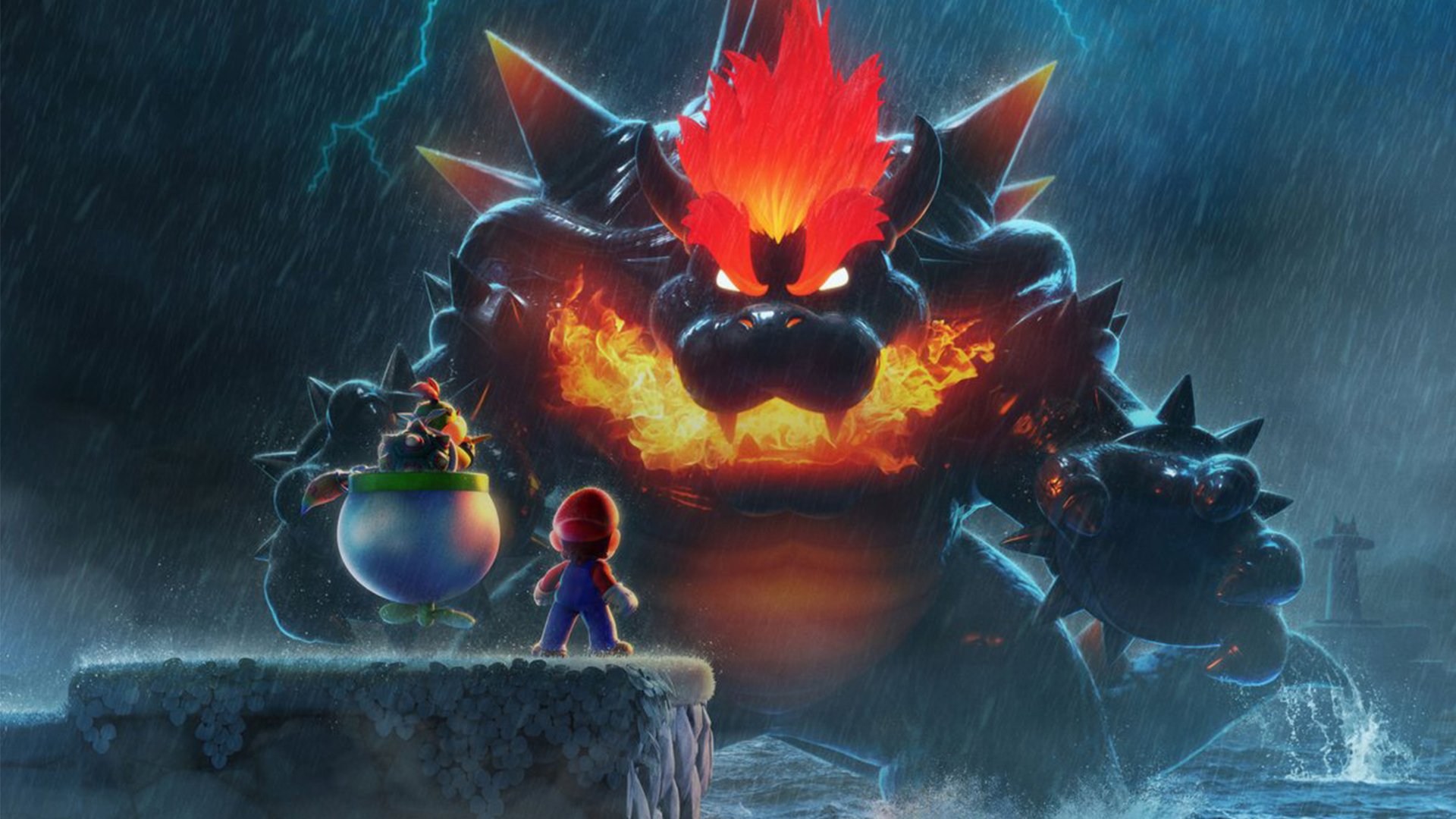 Editor’s Note: This review of Bowser’s Fury does not contain Super Mario 3D World. If you are looking for a review of the latter release, you can check out our article right here as we compare it to its original Wii U counterpart!

In the same tradition as its previous ports of Xenoblade Chronicles and Pikmin 3, Nintendo has taken a difficult task upon itself to bring more content to games of the past when porting them over to the Switch. Whereas those titles made great attempts at recreating their successful formulas, Super Mario 3D World’s latest extra is more than meets the eye as it blows the company’s previous attempts straight out to the stratosphere. Bowser’s Fury is a fantastic addition to Mario’s legacy as the red plumber closes in on the end of his thirty-fifth celebration. It does not just take in all its inspirations from Super Mario 3D World or even Super Mario Odyssey. Every generation of Mario’s playground adventures has been accounted for here as the game borrows and mixes several beats from 64, Sunshine, and Galaxy, creating a blend that always works in its own favor. To put it lightly, Bowser’s Fury is a celebration of the rivalry between Jumpman and the Koopa King that should not be underestimated due to the fact that it has been tacted on to an almost eight-year-old game.

Like the base game- and every other Mario title for that matter, Bowser’s Fury dives into a simple premise where Nintendo’s iconic mascot one day finds himself in danger as he is caught in the crossfires of trouble on a daily stroll through the Mushroom Kingdom. After a portal opens up from Bowser Jr.’s familiar magical paintbrush that sends Mario plummeting down into Lake Lapcat, the two enemies are forced to collaborate to save the former’s evil father from the curse of the land that has entirely distorted him. As Mario and Bowser Jr. embark on a new quest throughout the cat-infested islands, it is your job to uncover enough collectibles to unleash the Giga Bell’s ultimate power and dual Fury Bowser until the royal family’s rule over the adorable land is overthrown. Bowser’s Fury gathers all sorts of ideas from Mario’s previous outings. While the core gameplay certainly inherits the moveset and speed of Super Mario 3D World, the overall world design of Lake Lapcat and its many objectives borrow ideas from the other titles in the franchise that have appeared on the hybrid system- especially that of Super Mario Odyssey.

As you collect Cat Shines across the land, Mario will have to face obstacles that heavily rely on clever usage of his power-ups or careful precision platforming. For the first time in Mario’s history, his well-known lineup of power-ups is finally utilized in a sandbox space. Unlike the Galaxy games where most abilities were temporary, here players will use items like the Fire Flower and Tanooki Leaf to their full extent in an open-world space. Whether you are doing a boss-rush, solving a puzzle, or bringing a lost cat to its parent, the game constantly aims to amp up its variety as it presents the player with unique challenges they can only discover in specific areas of one interconnected location. Unlocking the legendary Giga Bells for your ultimate confrontation with Bowser may be the main objective at hand, but that is a long-term goal that will always feel earned as you explore a world uninterrupted by anything but the occasional cutscene. Speaking of which, those interruptions are a positive point to both the title’s variety and pacing as they only escalate an adrenaline rush. The main gimmick of Bowser’s Fury is the titular villain’s new form residing in the center of the goop-coated lake.

Constantly spinning and preparing to unfasten his wrath of destruction, as the clock passes and the music comes to a grim note, Bowser’s new Godzilla-inspired form awakens from the black tar that covers him. The buildup to these periods of doomsday is nothing short of impressive as the visual appearance of the incoming catastrophe always remains center stage. Knowing that your chance to take on Fury Bowser is nearly minutes away always gives you time to prepare your next set of moves. Whether that means actually taking on a boss battle or doing other needed tasks is completely up to the player. Fury Bowser is more than just a magnificent boss battle to face when the time is nigh. Mario’s biggest threat is also used as a puzzle-solving tool to collect various hidden Cat Shines trapped throughout Lake Lapcat. Bowser blocks, thematically coated by the villain’s logo, are systematically placed to hide the player from secret puzzles or obvious free collectibles. The only way to destroy these obstacles is by going headfirst into the Koopa King’s tyrannical attacks. Whether you are waiting for some rocks to fall from the sky for a needed height boost or leading your enemy to blast a closed wall down with his powerful breath of fire, Bowser is well utilized in each of the game’s areas of interest. Every island in the lake will eventually force you to coax your enemy into firing at you.

Lake Lapcat is filled with different tasks to accomplish as the game presents you with one hundred unique Cat Shines to collect, but never for time-wasting reasons. The healthy amount of Cat Shines already seems like a great selling point, but the best thing about such a large number of treasures is that their specific locations that will have you on a grand hunt. Leave it to Nintendo to find a way to embrace the problematic circumstances of open-world design, as every square inch of Lake Lapcat feels utilized in some way. Rather than just having land or sea for the sake of feeling colossal enough to accommodate for the villain’s size, Bowser’s Fury takes advantage of its unique location even when Mario is not able to do his traditional running and jumping everywhere. Through the return of the aquatic dinosaur Plessie and those highly anticipated massive monster battles, Lake Lapcat is utilized as a digsite and battlefield simultaneously.

Whereas the battles to provide more reason for the existence of the open-world environment, it does come with some caveats. Bowser’s Fury deserves a ton of technical praise for its usage of space and moves, but it does have some noticeable issues when the action reaches its peak in both docked and handheld mode. For handheld players, the entire title takes a noticeable frame rate cut as the buttery smooth sixty frames per second is dropped in favor of a more stable thirty. When jumping from docked to handheld mode, or even from Super Mario 3D World to Bowser’s Fury, the difference is noticeable. It is by no means unbearable, but Mario fans heading into handheld territory should brace themselves for an experience that can be hindered when jumping directly in from the base game or even Super Mario Odyssey.

This may come off as nitpicky to end off on- and it certainly is not a complaint but, the game’s soundtrack is way shorter than it deserves to be. After the magical earworm that was Super Mario 3D World’s fantastic orchestrations, the expectations for the tracks being featured in Bowser’s Fury was already high beyond what it could possibly deliver. While Bowser’s Fury presents some extraordinary tracks that fit right into its core counterpart- especially when it comes to intertwining the villain’s theme- its overall runtime is rather disappointing, to say the least. This is not a huge deal but considering how grand of a spectacle the base game’s orchestrations are, Bowser’s Fury fumbles a little to deliver something on the same scale as many of the same tracks are constantly reused in different areas. It is all still a bumping jam, yet it leaves you wanting so much more- although this can be said about Bowser’s Fury in its entirety.

Like Godzilla and his enormous foes, let the lifetime rivals clash in style.

Bowser’s Fury is more than just another Mario title jumping into the third-dimension. For the first time in his history, the red plumber is truly given a golden way to explore the two-dimensional roots he originated from through a different capacity. Bowser’s Fury may be disappointingly short in comparison to Mario’s most critically acclaimed 3D entries, but if this title is merely an experiment to see what more Nintendo can do with their mascot in his finest form then it is a triumphant success. Bowser’s Fury suffers from only a few fixable technical problems looming over its incredible playground of activities to partake in. It may seem like some magnificent addition to lure returning customers into buying the latest release of Super Mario 3D World, but it really is its own entity with a clear identity and goal. Bowser’s Fury is a beast worthy of its own purchase. If you enjoy Mario’s most acclaimed classics like those featured in 3D All-Stars or are looking for your first one to bite into, there is no reason to have any doubts about this supreme package of multiplayer and single-player entertainment.